The U.S. and Russia made a big move on a “partial peace” deal for Syria on Monday, but bigger doubts still remain that it’ll stick thanks to the “caveats and cautious words on all sides,” the New York Times reported. The broad strokes remain what they were on Monday: the Syrian government and the armed opposition are to stop shooting at each other; and the Islamic State and their one-time al-Qaeda brethren in the Nusra Front are excluded from the truce.

And the caveats: “The Syrian government and the opposition [are] to indicate by noon on Friday whether they will comply with the cessation of hostilities,” the Times writes, “a term carefully chosen because it does not require the kind of agreement in a formal cease-fire. The United States is responsible for bringing the various opposition groups in line while the Russians are supposed to pressure the government. Washington and Moscow also agreed to set up a hotline to monitor compliance by both sides.”

The White House reax: “This is going to be difficult to implement,” said Press Secretary Josh Earnest.

Damascus approved the deal, but said it reserved the right to “respond to any breach by these groups against Syrian citizens or against its armed forces.” Syria also said announced Monday it will be holding parliamentary elections in mid-April. That’s in line with an optimistic UN Security Council resolution from December, which paved the way for an 18-month transition period for the country. More on that,

The Syrian opposition approved Monday’s cease-fire, but added its condition that Syria stop its siege of 18 rebel-held areas, release detainees and the stop its aerial bombing.

What remains to be worked out: “where in Syria the fighting must stop and where counterterrorism operations can continue,” the AP writes. Further, “the five-page plan released by the U.S. State Department leaves open how breaches of the cease-fire will be identified or punished.” That, here.

Turkey’s prime minister muddied the waters a bit, saying this morning Ankara will continue to shell Kurdish separatists if they “attack” Turkey—an almost certain prospect considering the long history of insurgency in the country’s southeast. And, oh yeah, Turkey also said the truce is—from Ankara’s view—a blueprint for Russia and Syria to create a “terror belt” along its border with Syria. More from the Associated Press, here.

Adding to Turkey’s worries are reports Syrian Kurds are colluding with Moscow and Damascus, a development Britain’s foreign secretary told parliamentarians today is “very disturbing.” For a bit of recent history surrounding the allegations, go here.

It’s Guantanamo Day in Washington. President Barack Obama is expected to speak at 10:30 a.m. EDT on the Pentagon’s closure plan for the detention facility at Guantanamo Bay, Cuba. The plan has reportedly been in the drafting stages since at least early June, and was said to be in the “final stages” a month later. Now here we are, 10 months left in Obama’s presidency and the administration is still trying to follow through on one of his original campaign promises from eight years ago.

Currently, the prison holds 91 inmates: 35 who are expected to be resettled in other countries, 10 sitting on terrorism convictions, and the rest who face an uncertain fate. The New York Times editorial board lays out the difficult implications inherent in any plan—as well as the need to keep talk away from “the irresponsibly bellicose national security rhetoric of the Republican presidential candidates”—here.

Resistance to the news from Capitol Hill came swift on Monday. The Hill rolls up the disgust from Republican senators in Colorado, South Carolina and Kansas—all states the Pentagon looked into for where to house the more concerning Gitmo detainees—right here.

Iraq war vet Rep. Duncan Hunter wants to know what the plan is for U.S. troops taking foreign fighters off tomorrow’s battlefields. Read his letter to Defense Secretary Ash Carter, which lays out most everyone’s gripes about closing the facility, here.

Today! The civilian workforce that supports U.S. warfighters is aging. How will the Pentagon attract and retain the next generation? Leaders from DOD, USAF, and DLA will lay out their plans and outlook on Tuesday at 10:30 a.m. EDT, in a livestreamed discussion with Defense One Deputy Editor Bradley Peniston. Register to watch today, here.

China is cruising for a bruising, literally, writes Jerry Hendrix of the Center for a New American Security. The U.S. Navy must get ready for big new Chinese ships that will try to ram Americans away from their new, fake islands. That, here.

FBI to Apple: it’s about justice, not precedent. Director Comey says in a blog post that he just wants to bring the alleged San Bernardino killers to justice — while straining to apply a centuries-old law. The Atlantic has a status update, here.

Colombia’s war against the FARC isn’t over yet. But after decades of violence, peace may be on the horizon for 2016, write the Council on Foreign Relations’ Danielle Renwick and Stephanie Hanson, here.

Everything you need to know about NATO. Here’s a guide to the Cold-War alliance that’s under pressure as it transforms itself for 21st-century challenges, from CFR’s Jonathan Masters. Find that here.

Welcome to Tuesday’s edition of the The D Brief, by Ben Watson and Bradley Peniston. And #OTD in 1778, Prussian-born officer Baron Von Steuben arrived at Valley Forge to help train the Continental Army. Here’s a subscription link to send your colleagues: http://get.defenseone.com/d-brief/. Got news? Let us know: the-d-brief@defenseone.com.

Italy just gave the OK for U.S. drones to base out of Sicily to strike ISIS in Libya. But the Italians have placed one crucial qualifier on the use of these airframes: they’re only to be used “defensively, to protect U.S. special-operations forces in Libya and beyond,” the Wall Street Journal reported.

Why the restraint? Italy is said to fear green-lighting drones for offensive operations use would spark protests at home or another insurgency in North Africa.

Using the air base at Sigonella, the Journal writes, “isn’t an ideal solution, since weather conditions such as cloud cover often mean drone flights from Sigonella to Libya have to be scrapped.”

For what it’s worth: “U.S. drones have been based in Sigonella since 2011 but until last month they were used for surveillance purposes only.” More here.

“Whoever is the next president is going to have to deal with this,” Blair said Sunday during an interview in Washington. The Washington Post has a bit more, here.

By the way: How is the U.S. global counter-terrorism campaign going? “The U.S. has conducted counterterrorism air and drone strikes in at least seven countries—Afghanistan, Iraq, Libya, Pakistan, Somalia, Syria, and Yemen—all of which have since seen terrorism threats worsen.” That’s the read from analysts at the Soufan Group, who reported out their latest findings here.

Or drop in on an event this morning explaining what’s in that new report from the folks at the Stimson Center, here.

Finally today, one of the America’s remaining “Buffalo soldiers” has died. “Private Tomie Louis Gaines, 93, one of the last of the Buffalo Soldiers, the black Army men who helped settle the West on horseback and fought in two world wars, was laid to rest Friday” in South Carolina.

A bit more on Tomie: “A medic during World War II, Gaines served in the 2nd Cavalry and spent time in Italy, Japan and the Philippines. He tended soldiers on the beaches of Normandy on D-Day, patched wounds in a field hospital in Italy and was injured by German bombers in the aftermath of a raid.” Read an extended remembrance of Gaines and his comrades, here. 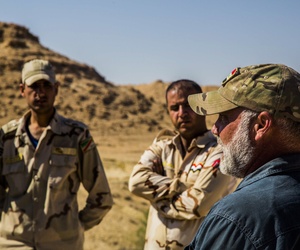 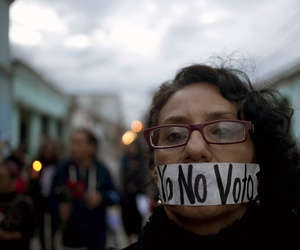 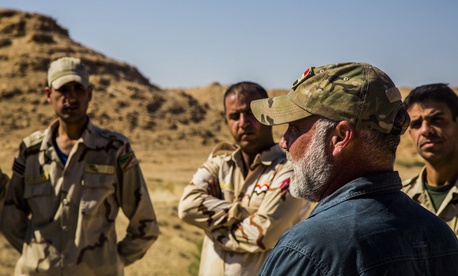 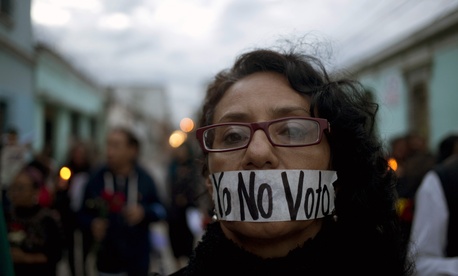