Beijing is making it very difficult to claim it is not militarizing the South China Sea. That after word broke that China sent fighter jets to the same contested SCS island where it plopped down radars and surface-to-air missiles just a few days ago, Fox News reported Tuesday.

The jets include China’s “advanced J-11, a Chinese variant of the Russian-made Su-27, and the indigenously designed JH-7 fighter-bomber,” Capt. Darryn James, a spokesman for U.S. Pacific Command, told the Wall Street Journal. And it’s not the first time China has made such a move; indeed, it sent its J-11s to Woody Island back in October as well.

But, U.S. officials say, that’s not the point: “The specifics of a recent deployment of fighter aircraft to Woody Island would be less an issue than the signal it sends of how far out of step China’s actions are with the aspirations of the region,” said Pentagon spokesman Cmdr. Bill Urban.

China’s reaction to the news was very similar to its reaction last week concerning the missiles: this is just the product of media hype. “When you focus your camera on these islands and reefs, do you also cover the radar and advanced weapons deployed by other countries in this region?” said Chinese Foreign Ministry spokeswoman Hua Chunying, who neither confirmed nor denied any of these reported military moves.

For what it’s worth: Vietnam also reportedly has a drone working the SCS, as well as a submarine. For some more of the recent military gear acquisitions from nations around the SCS, read this.

Wang was supposed to visit the Pentagon Tuesday, but the visit was canceled, Fox reported. “It was not immediately clear which side canceled the visit. Pentagon press secretary Peter Cook said a ‘scheduling conflict’ prevented the meeting.” More from Fox here. Or a bit more from the Journal, here.

The U.S. wants its Asia-Pacific allies to help buzz China’s business in the contested SCS. “It would be helpful and I’ve encouraged other countries to conduct operations in the South China Sea because, at the end of the day, the South China Sea is international waters in my view,” PACOM chief Adm. Harry Harris said at a Senate Armed Services Committee hearing Tuesday. Defense One’s Marcus Weisgerber rolls up the highlights of that exchange, here.

The Pentagon and CIA aren’t convinced Russia will comply with the ceasefire in Syria. So they’re working up contingency plans “including expanding covert military assistance for some rebels now taking a pounding from Russian airstrikes,” the WSJ’s Adam Entous reported.

Why the doubt? Russia and Syria said they’re ready to implement the ceasefire terms, which exclude the Islamic State and the al Qaeda-linked Nusra Front and “other terrorist groups connected to them.” And this is a problem because “Russia and the Assad regime have branded all rebel groups as terrorists.”

Reason for even more doubt: “Officials say it was unclear whether stepped-up support would make much difference at this stage, given how much ground the CIA-backed rebels have lost in the recent pro-regime offensive” which has “aggressively targeted relatively moderate rebels [the CIA] has backed with military supplies, including anti-tank missiles.”

The second-order effect of Washington sitting on its hands: “the Saudis or some other group could decide to break ranks with Washington and send large numbers of Manpads into northern Syria to shoot down Russian bombers, U.S. intelligence agencies have warned policy makers, increasing the chances of a wider conflict.” Read the rest, here.

Not to be left out of the drama, Turkey now says it wants open season on the Kurds during the cease-fire. That, here.

And President Barack Obama welcomes Jordan’s King Abdullah II to the White House today. On the docket: Syria and the Israeli-Palestine issue. More from the Associated Press, here.

U.S. military contractors head back to Iraq. The number of contractors there has jumped eight-fold in a year, thanks to Obama’s directive to “accelerate” the counter-ISIS campaign. Weisgerber again, here.

Military-funded study predicts when you’ll protest on Twitter. Who tweets at you, along with what you tweet back and why, can foreshadow your next social-media protest act. Tech Editor Patrick Tucker has the story, here.

The FBI’s war on phones is bigger than you think. Apple’s lawyers revealed the feds want access to about a dozen devices after San Bernardino. (What was that about justice, not precedent, Mr. Comey?) From The Atlantic, here.

Central Americans may be ready for their own Arab Spring. The spread of gangs, the U.S. narcotics trade, and rampant corruption are major factors contributing to mass migration and alarmingly high levels of violence, writes the Council on Foreign Relations’ Danielle Renwick, here.

Welcome to Wednesday’s edition of the The D Brief, by Ben Watson and Bradley Peniston. And #OTD in 1942, California-based flak batteries pounded the hell out of a false alarm in the Battle of Los Angeles. Here’s a subscription link to send your colleagues: http://get.defenseone.com/d-brief/. Got news? Let us know: the-d-brief@defenseone.com.

Iraq’s Mosul offensive may require more U.S. combat advisors, according to Army Maj. Gen. Richard Clarke, who commands U.S. land forces in Iraq. “U.S. commanders in Iraq have identified up to a dozen Iraqi army brigades that could mount an attack on Mosul and potentially need U.S. combat advisers at brigade-level headquarters,” Military Times reported Tuesday. “The U.S. has signaled a willingness to provide ground-level combat advisers for Iraqi brigades and also attack helicopters for close-air support in urban terrain. But a key question remains whether the Iraqi government will ultimately request that expanded U.S. support, which is fiercely opposed by some factions of the Shiite-led government in Baghdad.”

Breaking out the “big stick” for Mosul: The White House’s envoy for the counter-ISIS fight, Brett McGurk, told reporters Tuesday the U.S. is not going to announce when the Mosul offensive is scheduled: “We don’t answer that question because we won’t put a timeline on it,” he said. “But Mosul is already started. We’re already working to constrict it. We’re pooling all of our information, intelligence, to basically learn more about them. Doing airstrikes into Mosul every single night based on that—upon that intelligence… And then, again, taking these kind of shards of wood together and turning them into a baseball bat.”

How did it happen? “The gunmen ‘exploited a security vacuum’ by deploying in the city center as the military was occupied conducting raids elsewhere.” The fighters reportedly “used the headless bodies of the officers they killed to block the roads leading to the security headquarters — which they occupied for about three hours.” More here.

French commandos have been quietly working in Libya, along with the Americans and the Brits, French newspaper Le Monde reported for the uninformed this morning. Reuters rolls up that, here.

Elsewhere in Africa, the U.S. is training local law enforcement to handle jihadists: “Ahead of a drill to teach West African police about forensics by blowing up a car filled with crash test dummies posing as suicide bombers, FBI agents met an unexpected question: why bother to investigate if the militants are already dead?” That, from Reuters, here.

U.S. airstrikes north of Kabul, Afghanistan, have finally broken a Taliban siege that’s believed to have cut power to the capital for the past three weeks. “The transmission lines connecting Kabul to hydroelectric generators in Uzbekistan were first cut on Jan. 27, depriving the capital of its most important supply of electricity. The government accused the Taliban of destroying pylons that support the cables, though the militants denied doing so,” the NYT reports.

Messaging confusion? “To break the impasse, American aircraft began striking Taliban positions in the Dand-e-Ghori area of Baghlan Province, north of Kabul, driving the insurgents away, said Col. Abdul Rashid Bashir, the provincial deputy police chief,” the Times reports. However, they add, “A spokesman for the United States military in Afghanistan, Col. Michael T. Lawhorn, said he had no information about American airstrikes in the area.” More here.

American’s nuke-masters need more money to upgrade aging warheads and the facilities that maintain them. “Frank Klotz, the retired Air Force lieutenant general who now heads the [National Nuclear Security Administration], told the Senate Armed Services Committee Subcommittee on Strategic Forces that while he was ‘very satisfied’ with the fiscal year 2017 budget request, more funding will be needed shortly to  make sure the department can keep up with future costs,” Defense News reported.

From last August: How much money could the U.S. actually save through nuclear reductions? CSBA’s Todd Harrison and Evan B. Montgomery do the math, here. 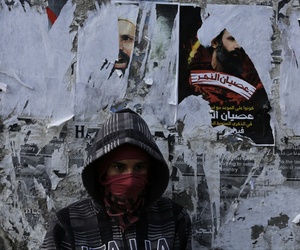 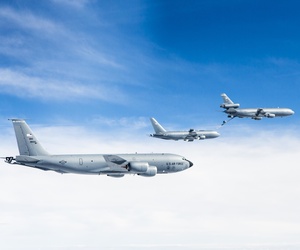 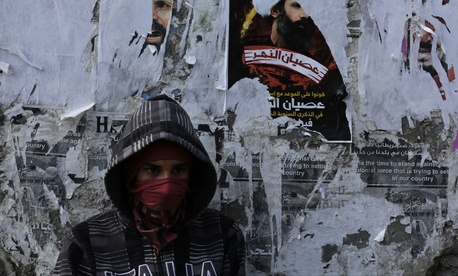 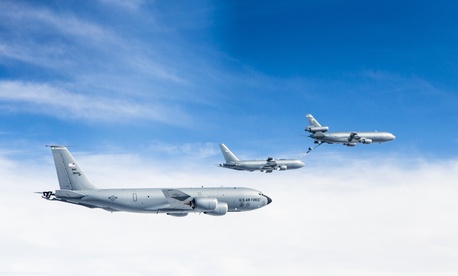