America’s new normal in the Philippines will involve hundreds more troops and almost a dozen more aircraft—and more joint patrols with the Philippine navy in the South China Sea, Defense Secretary Ash Carter announced Thursday during a meeting with his counterpart in Manila.

We say “more” joint patrols because Carter disclosed for the first time this morning that the U.S. and the Philippines have already conducted two joint patrols in the SCS, the first in March and the second in April, Stars and Stripes’ Tara Copp reports traveling with Carter.

Carter soft-pedaled suggestions that all this might provoke China, which Fox News reported Tuesday had put two new Shenyang J-11 fighter jets and an HQ-9 radar system on Woody Island.

About those additional troops: “The first dispatch of forces, totaling about 275 people, will be pulled from the roughly 5,000 U.S. troops now in the Philippines as part of the bilateral Balikatan annual exercise, which ends Friday,” Copp writes. “The 275 servicemembers will remain in the Philippines through the end of the month, but are expected to be replaced by follow-on personnel.”

And a bit more: “The rotating forces also will include 200 airmen who will operate out of Clark Air Base on Luzon Island,” with those troops coming “from various bases in the Pacific to support five A-10C Thunderbolt II attack aircraft from the 51st Fighter Wing at Osan Air Base, in South Korea; three HH-60G Pave Hawk helicopters from the 18th Wing at Kadena Air Base, Japan; and a MC-130H Combat Talon II special operations aircraft.”

Also in the works: Possible Philippine-Vietnam joint patrols in the SCS, Reuters reported Wednesday. Defense officials from the two nations are to meet this week on the topic, but no final decisions are expected soon. More here.

There is a way for China to save face on the SCS. It won’t be easy, but they also don’t have to explicitly abandon their jurisdictional claims, argues Stewart Patrick of the Council on Foreign Relations. “The time is ripe for discreet bilateral discussions between Washington and Beijing,” he writes. For more on how those discussions can salvage some dignity for the parties involved, read on here.

The Russian buzz, an “insane fly-by,” a “simulated attack”—call it anything but cordial behavior. Sukhoi SU-24 warplanes and a Russian KA-27 Helix helicopter — all apparently unarmed — repeatedly buzzed the USS Donald Cook, a guided missile destroyer, in the Baltic Sea this week—possibly testing the limits of a 1972 accord prohibiting “simulated attacks against aircraft or ships, performing aerobatics over ships, or dropping hazardous objects near them.”

“Images released by the U.S. showed the Russian aircraft streaking within yards of the U.S.S. Donald Cook, then circling the bow of the ship in what a U.S. official said was an unmistakable attempt to harass the vessel and its crew. The Cook was also followed by a Russian frigate and auxiliary ship,” the Wall Street Journal reported. That KA-27 “also came within about 100 feet of the Cook. One image of the helicopter showed its side door open and an individual in jeans sitting in a rear seat, an indication that the Russians were hosting someone who wasn’t in the military.”

The Russian reax: Our ships were “using all measures of precaution,” Maj. Gen. Igor Konashenkov, spokesman for the Russian defense ministry, said this morning in Moscow.

For what it’s worth: The U.S. military “has witnessed an increase in Russian submarine activity in the region over the last 18 months—the most U.S. officials have seen since the end of the Cold War, according to one official. As a result, the U.S. has increased its surveillance of those subs. The rise in sub-hunting operations could explain why the Russian military responded so aggressively to the Cook.”

Cook was reportedly patrolling and training with Poland—which had a helo on-board that was about to take off when the fly-bys disrupted that so everyone could watch, wait and avoid triggering an international incident.

Speaking of which—in case you have to ask—Why didn’t the U.S. Navy shoot down the planes? “You don’t get to kill people just because they’re being annoying,” retired Navy commanding officer Capt. Rick Hoffman told Navy Times. “Only in ‘Top Gun’ does a war suddenly break out between two airplanes that is completely not related to something going on ashore,” he said. That, here.

Meantime, the U.S. Army is finally getting serious about the Russian threat—at least in the abstract, writes Politico’s Brian Bender after chatting with Lt. Gen. H.R. McMaster. “McMaster’s response is the Russia New Generation Warfare Study, whose government participants have already made several unpublicized trips to the front lines in Ukraine,” Bender writes. “The new Army undertaking is headed by Brigadier General Peter L. Jones, commandant of the U.S. Army Infantry School at Fort Benning, Georgia. But it is the brainchild of McMaster, who as head of the Army Capabilities Integration Center at Fort Eustis, Virginia, is responsible for figuring out what the Army should look like in 2025 and beyond.”

The twist: “Oddly enough, the model for the new effort is the Army’s detailed study of a war fought 43 years ago, one that most people have forgotten about.” Guess which one, and find out if you were right, here.

It’s time to start creating ‘air traffic controllers’ for space. If the U.S. doesn’t take the lead in guiding satellites through increasingly crowded orbits, someone else will. Global Business Editor Marcus Weisgerber reports from the Space Symposium in Colorado Springs, here.

Harvard has a love-hate relationship with the U.S. military. The gap between America’s elite educational institutions and its military remains wide. Harvard faces a moral imperative to help close it. Infantry officer-turned-Harvard grad student Daniel Fisher makes the argument, here.

Old laws are keeping the U.S. Navy from new IT gear. The service’s deputy chief information officer says outdated regulations “make it a struggle” for the military to stay on the cutting edge. Via NextGov, here.

Welcome to the Thursday edition of The D Brief, by Ben Watson and Bradley Peniston. On this day in 1988, the crew of the USS Samuel B. Roberts fought fire and flood after an Iranian mine blew a hole in their frigate’s hull. Send your friends this link: http://get.defenseone.com/d-brief/. And let us know your news: the-d-brief@defenseone.com.

President Barack Obama dropped in on CIA HQ Wednesday to praise the fight against the Islamic State group in Iraq and Syria.

“Their ranks of fighters are estimated to be at their lowest levels in about two years, and more and more of them are realizing that their cause is lost,” Obama said, adding, “Our cyberoperations are disrupting their command and control and communications. We continue to target ISIL’s financial infrastructure.”

The meeting was the latest “in a series of high-level gatherings Mr. Obama has convened outside the White House to take stock of the United States-led effort… and to plot strategy for the months ahead,” NYTs reported.

In Iraq, coalition jets are pounding ISIS positions as Iraqi ground troops continue to face strong resistance in the city of Hit, which the commander of Iraq’s elite counterterrorism force believes Hit was actually a more important stronghold for ISIS than the larger Anbar provincial capital of Ramadi. More here.

U.S. warplanes are also believed to be hitting ISIS as they continue to gobble up small villages bringing them to within 1 km of the Turkish border, north of Aleppo in Syria, AFP reports this morning. More from the Syrian army’s recent offensive inside Aleppo, here.

Your Thursday #LongRead: ISIS defectors are mounting, and more of them are speaking with journalists like Buzzfeed News’ Mike Giglio and Munzer al-Awad, reporting from Sanliurfa, Turkey, on the Syrian border.

CJCS Gen. Joseph Dunford to troops: “Stay out of politics.” That’s the message conveyed in this report from The Daily Beast’s Nancy Youssef—and it makes now the third story on this topic in two weeks (also touched upon at AP and the Washington Post).

Raytheon scores big contract for jamming pods. The U.S. Navy yesterday announced the $1 billion deal for the jammers, which will fly on EA-18G Growlers. “This is a major step forward in electronic warfare,” said Travis Slocumb, Raytheon’s vice president of Electronic Warfare Systems. From James: The Next Generation Jammer is designed “to disrupt and degrade enemy air defence and ground communication systems.” More, here.

Lastly today—Former Joint Chiefs Chairman Gen. Martin Dempsey says a “re-think” of the State Department’s structure is in order. Why? The nature of threats across the globe today extend beyond State’s current country-level approach, he told an audience at the University of North Carolina in Chapel Hill Wednesday.

“The State Department has regional desks, but the power resides with the undersecretaries and ambassadors,” he said. “That system is probably ill-suited to the fact most of the security challenges we face are at the regional level or even global level.” 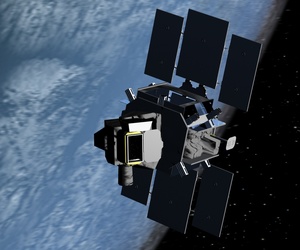 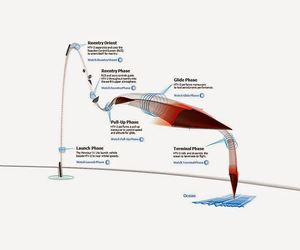 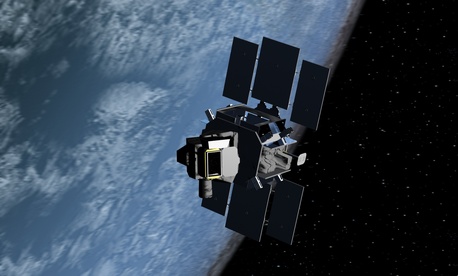 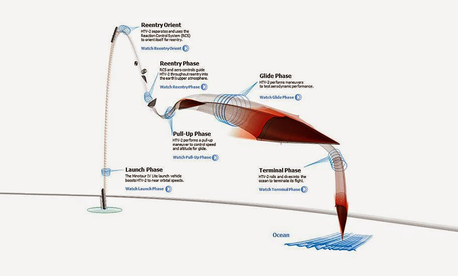