Dueling visits in the South China Sea. U.S. Defense Secretary Ash Carter touched down on the nuclear-powered aircraft carrier John C. Stennis this morning to talk up America’s navy presence and relationship with regional partners in the Asia-Pacific as the carrier “sailed 60 to 70 miles west of the Philippines island of Luzon,” Reuters reports on location.

Menawhile, Beijing announced that its top military officer visited “a cluster of Chinese-built artificial islands in the disputed South China Sea in recent days, underlining the strategic importance of the structures at the center of a standoff between Beijing and Washington,” the Wall Street Journal reported.

“The Chinese Defense Ministry issued a statement on its official microblog saying that Gen. Fan recently led senior military and civilian officials on a visit to the islands in the Spratlys archipelago, which China calls the Nansha, to inspect work and greet military personnel and construction workers there…It didn’t say when exactly the visit took place or whether Gen. Fan had departed. The Pentagon declined to comment.”

For a quick reminder of what’s what as far as competing claims and nearby bases in that corner of the globe, WSJ’s graphics team gives us this.

And CNAS offers this look ahead at how upcoming international arbitration may change things in the region, here.

Elsewhere in the region, here’s one of Tokyo’s Soryu-class subs in Sydney, Australia, today—reportedly “the first Japanese submarine to pass through Sydney Heads since the Second World War.”

North Korea appears to have failed spectacularly in its attempt to launch a “Musudan” intermediate-range ballistic missile, which is designed to be capable of hitting Guam with a 1.3-ton nuclear warhead, the Washington Post reported Thursday evening. “To mark the 104th anniversary of the birthday of the country’s ‘eternal president,’ Kim Il Sung, North Korea launched a missile from its East Coast at about 5:30 a.m. local time. But it deviated from a ‘normal’ trajectory, an official from South Korea’s Joint Chiefs of Staff told reporters in Seoul.”

A U.S. official told Fox News the missile “blew up on launch.”

China even criticized Pyongyang over the launch, calling it “the latest in a string of saber-rattling that, if unchecked, will lead the country to nowhere,” according to state-run Xinhua news agency.

The takeaway presently: “Clearly [North Korea] have a problem, but maybe next time it will work. It took them a couple of launches to get the Taepodong-2 going,” said Jeffrey Lewis, head of the East Asia program at the James Martin Center for Nonproliferation Studies in California, referring to the ballistic-missile technology that has now put two North Korean satellites into orbit. Read the rest, here.

Speaking of rockets—Here’s the problem with the Pentagon’s plans for hypersonic missiles. U.S. military officials say their superfast weapons of the future won’t carry nuclear warheads. But will other nuclear nations believe it when the missiles start flying? Defense One’s Tech Editor Patrick Tucker reports, here.

The mistake that decapitated Pentagon innovation — and how to fix it. CSIS president and former deputy defense secretary John Hamre says that when the Reagan-era Packard Commission demoted the director of defense engineering and research, they essentially elevated gunsmithing over strategic marksmanship. It’s time to reverse that, he says, here.

Welcome to this American Tax Day edition of The D Brief, by Ben Watson and Bradley Peniston. On this day in 1952, the B-52 Stratofortress first took flight. (Here’s newsreel video with vaguely pastoral music.) Send your BFFs this link: http://get.defenseone.com/d-brief/. And let us know your news: the-d-brief@defenseone.com.

Iranian threat uniting Israel with Arab states in Middle East. That’s what Sen. Joe Donnelly, D-Ind., ranking member of the Senate Armed Services strategic forces subcommittee, told a small group of reporters Tuesday when discussing recent trip to check out missile defenses in the region. It’s “not talked about much for obvious reasons, but…the bonds are getting stronger and strong between the [Gulf Cooperation Council] countries and Israel,” Donnelly said. “I think that ‘the enemy of my enemy’ has really brought a common bond in trying to make sure that Iran is not able to move forward on any front.”

And the GCC is working together on missile defense: “What we’ve seen is a continuing desire among all the GCC countries to train together [and] to work together, Donnelly said. Their cooperation not only makes them stronger, but “can send a stronger message to Iran as well.” The U.S. has been urging the GCC states to network their missile defenses.

American-made missile interceptors and equipment is in demand, particularly in the Middle East, but “it is just getting it built as fast as we can,” Donnelly said. “These systems are in very, very high demand right now, but they’ve proven effective and it is a way to have some security against a dangerous threat just across the Gulf.” Raytheon’s Patriot and Lockheed Martin’s THAAD are two American-made missile interceptors purchased by allies in the region. “We are looking at some point to upgrade all of their hardware because that’s what they’re asking for,” Donnelly said. “I think that you’ll see as the technology improves that technology will continually be provided to them.”

The “vast majority” of U.S. Marine Corps aircraft can’t fly, Fox News reports in this extended look at USMC aviation in the current age of budget cuts (good luck, of course, getting other nations to see it that way).

The inventory: “Out of 276 F/A-18 Hornet strike fighters in the Marine Corps inventory, only about 30% are ready to fly, according to statistics provided by the Corps. Similarly, only 42 of 147 heavy-lift CH-53E Super Stallion helicopters are airworthy.”

The dollars: “U.S. military spending has dropped from $691 billion in 2010 to $560 billion in 2015. The cuts came just as the planes were returning from 15 years of war, suffering from overuse and extreme wear and tear. Many highly trained mechanics in the aviation depots left for jobs in the private sector.”

Meanwhile, U.S. F-22s are back in Hawaii after some time “slinging lead” over Iraq and Syria, Air Force Times reported Thursday. But don’t call it a vacation because some of the stealth fighters still remain in CENTCOM’s theater.

In case you were curious, the F-22 has only dropped two percent of the overall U.S. weapons releases in the Islamic State fight. B-1s and F-15Es top the list, which you can find here.

About those F-15Es—four of them have been in Iceland for more than a week now, along with a “KC-135 tanker aircraft from the Air Force Reserve Command as well as 160 airmen.” What are they up to? Find out here. (See also this report on the strategic importance of Iceland to America’s wider view of countering Russia’s escalated global submarine activity in recent months.)

The Pentagon just sent a squadron of radar- and communications-jamming  Marine Corps EA-6B Prowler aircraft to Turkey’s Incirlik Air Base to fight ISIS. “While the Pentagon won’t spell out their mission specifically, the Prowlers could be used to jam cell phone signals and other devices used to trigger roadside bombs, or to interrupt radio broadcasts used to distribute ISIS propaganda,” CNN reports, here.

The Taliban want Kunduz back, and they’ve launched a large offensive to retake the northern Afghanistan city they lost after weeks of fighting in the fall. “Fighting broke out on Thursday in six districts in Kunduz province, a crucial northern stronghold close to the Tajikistan border, as well as around the provincial capital, with Afghan security forces battling militants through the night,” Reuters reports this morning. “Imamuddin Qureshi, chief of Kunduz’s Imam Saheb district, said several security outposts had already fallen to insurgents and called on the government in Kabul to send reinforcements and air support immediately. Outposts were also overrun in other districts and security forces fled to Kunduz city to regroup, Khanabad district chief Ayatullah Amiri said.” More here.

While we’re on Kunduz—there will be no court martials for U.S. troops after a mistaken American airstrike on a hospital there in October killed 42 people, The Daily Beast reported Thursday.

And a couple hundred miles southeast in Kunar province, the Taliban claim to have planted the bomb that swallowed up this Afghan Air Force Mi-17 helicopter allegedly on on 24 March 2016.

The U.S. is mulling a request from the UAE to escalate America’s involvement in Yemen’s war, Reuters reports. “The UAE has asked for U.S. help on medical evacuation and combat search and rescue as part of a broad request for American air power, intelligence and logistics support, the U.S. officials said. It was unclear whether U.S. special operations forces - already stretched thin by the conflicts in Iraq, Syria and Afghanistan - were part of the request.”

Brief context: “Washington’s consideration of the request comes ahead of Obama’s planned trip next week to a summit of Gulf leaders in Saudi Arabia. The multiple conflicts in Yemen will be high on the agenda.” More here.

Meantime, “newly-trained” Saudi-backed forces in Yemen have pushed back al-Qaeda fighters from the city of Houta in the south. “The raids on al-Qaida come as Yemen’s warring parties have agreed to an open-ended cease-fire that began Sunday ahead of peace talks due next week. Both sides have reported violations of the truce, particularly in the city of Taiz, which the rebels have besieged for nearly a year, and in the outskirts of the capital, Sanaa.” More from AP—including reports of heavy rainfall and collapsed dams that have killed dozens this week—here.

Lastly today—The folks at the Center for a New American Security want your thoughts on “veterans’ hiring and retention, veterans’ economic performance, and obstacles or barriers” in the way of economic success for veterans today. The D Brief is told they want as much data as they can snag on these topics, so help ’em out by heading over here and getting started. And have a great weekend, everyone! 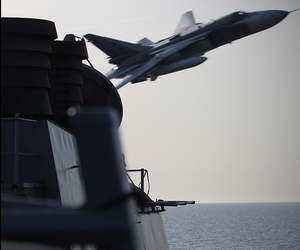 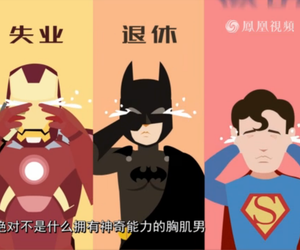 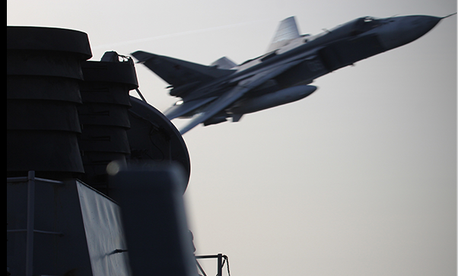 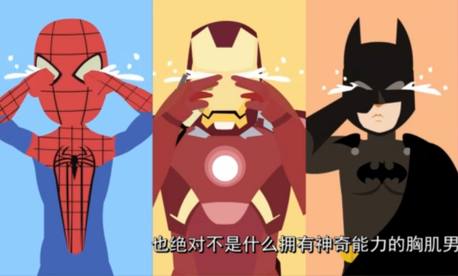