Two bomb attacks in Afghanistan killed 24 people this morning as both the Taliban and the country’s ISIS affiliate claimed responsibility for the deadliest of the two, which occurred in Kabul, the Associated Press reports. The bombing in the capital was reportedly carried out by a man on foot who detonated his bomb near a minibus carrying Nepalese security guards as they drove to the Canadian embassy, killing 14, according to the Interior Ministry.

About that Taliban-ISIS tension: “Taliban spokesman Zabihullah Mujahid claimed responsibility for the attack in a statement to media,” AP writes, adding, “In a conflicting statement, Afghanistan’s Islamic State affiliate also claimed responsibility for the Kabul attack, identifying the suicide bomber as Erfanullah Ahmed and saying he carried out the attack by detonating his explosives’ belt. The conflicting claims could not immediately be reconciled.”

The Taliban said Mawlavi Attaullah Faizani, a member of the Kabul provincial council, was the target of the Kabul attack, though he was not among those killed.

The second bombing occurred a bit north, at a crowded market in Badakhshan. A bomb reportedly planted on a parked motorbike killed at least ten civilians and wounded more than three-dozen others.

To the southeast, talks on an Afghanistan-Pakistan border security agreement have faltered after last week’s exchange of fire between the two militaries “left four dead and thousands stranded,” Reuters reports. “Fighting broke out when Pakistan started building a barrier at the crossing to stop Islamist militants crossing over from Afghanistan. That plan angered Afghanistan, which rejects the colonial-era Durand Line border drawn up in 1893 and objects to Pakistan building checkpoints along the disputed boundary.” More here.

Iraqi troops have taken control of most of what remains of Fallujah, The Wall Street Journal reports from the city. “Iraqi counterterrorism forces pushed deeper into Fallujah on Sunday, clearing Islamic State militants from a large hospital they had used as a command center and working to dismantle a bomb-making factory.” That “factory” was composed of a network of 10 compounds connected by underground tunnels, WSJ writes.

ISIS peeled away quicker than expected: “I was stunned,” said one Iraqi soldier. “We never expected them to be this weak… I would say it was easy. I thought in my heart that maybe their propaganda was true, that they would never give up Fallujah.”

Meanwhile, aid groups are racing to deal with the more than 62,000 people that fled the city since fighting began nearly a month ago.

Take a drive through the ruinous city with the Washington Post’s Loveday Morris, who shared video from the passenger seat of a taxi, here.

Brace yourselves: It took several weeks and quite a few halts and pauses before Iraqi troops could get to where they are on formerly ISIS-held Fallujah. By contrast, Mosul with more than a million estimated civilians, will not proceed nearly as quickly.

In Syria, Assad’s allied army is advancing closer toward ISIS HQ in Raqqa province. Their immediate goal remains the Taqba air base (which ISIS seized in August 2014), near a key dam just west of the Islamic State’s de-facto base in Raqqa city. So far, Assad’s troops are within about 5 miles of the air base, and have reportedly re-captured the nearby Thawra oil field, AP reports.

Worth the click: Take a visual tour of ISIS-held (and ISIS-lost) turf, via The New York Times graphics department.

ICYMI: ISIS is targeting 77 U.S. air bases, CNN reports. “ISIS has collected information on 77 U.S. and NATO air force facilities around the world and is calling on supporters to attack them,” according to South Korea’s National Intelligence Service. “The NIS says ISIS’ hacking organization, the United Cyber Caliphate, collected details of U.S. air force units in South Korea including Osan Air Base, and addresses and Google satellite maps have been released through the Telegram messaging service.”

U.S. Forces Korea reax: “Through constant vigilance and regular exercises with our South Korean counterparts, we remain prepared to respond at any time to any emerging threats.” More here.

Iran says it has foiled “one of the ‘biggest terrorist’ plots ever planned to target Tehran and other provinces in the Islamic Republic,” AP reports this morning from Iranian state-run media. “The reports quote the country’s Intelligence Ministry as saying that it has arrested several suspects in the plot to bomb the capital and other provinces, seizing bombs and ammunition during the operation. The Intelligence Ministry statement, read live on Iranian state television and carried across the country’s news agencies, had little detail,” and it didn’t identify “those arrested, though it called them ‘takfiris,’ a derogatory term in both Arabic and Farsi referring to Muslims who accuse others of being ‘nonbelievers.’ Iranian authorities often refer to followers of the Sunni militant Islamic State group as ‘takfiris,’ though it isn’t clear if this case involved the extremist group that holds territory in Iraq and Syria.” That, here.

Iran’s Revolutionary Guards are shaping the future of the Middle East. The Guards, particularly the Quds Brigade, now numbering about 15,000, are in the forefront of projecting Iranian influence. Read that, by Council on Foreign Relations’s Ray Takeyh, here.

Welcome to the Monday edition of The D Brief, by Ben Watson and Bradley Peniston. On this day in 1944, the Battle of the Philippine Sea ended Imperial Japan’s carrier threat. Send your friends this link: http://get.defenseone.com/d-brief/. And let us know your news: the-d-brief@defenseone.com.

U.S. special forces are expanding their stay in Yemen, the Washington Post reported this weekend. “The U.S. military now plans to keep a small force of Special Operations advisers in Yemen — deployed in April for a limited, short-term operation — for the foreseeable future, a step toward reestablishing a counterterrorism mission that was shut down last year by civil war,” writes WaPo’s Thomas Gibbons-Neff.

What they’re up to: “the team of about a dozen men would assist troops from the United Arab Emirates, who, along with other Arab forces, are seeking to track down militants from al-Qaeda in the Arabian Peninsula (AQAP), the most potent affiliate of the main al-Qaeda group.”

Super-brief background: “In April, at the request of the Emirati government, the United States placed the small Special Operations team in Mukalla, an important port city that had been in al-Qaeda’s hands for more than a year. The Emirati troops are part of a coalition led by Saudi Arabia that has been battling Shiite Houthi rebels across Yemen since 2015.”

Nearby U.S. assets in the Gulf of Aden include “ships from the Boxer Amphibious Readiness Group USS Boxer Amphibious Ready Group, including the 13th Marine Expeditionary Unit, sent aircraft and commandos to Mukalla to support the operation there. On the ground in Mukalla, the American forces provided intelligence support and helped Arab troops identify militant targets. When the small ground presence was made public in May, Pentagon officials said the U.S. troops were ‘providing limited support’ to Arab troops in and around Mukalla.”

Key point: “The Mukalla battle ended more quickly than expected. Instead of defending the city, many militants fled into the surrounding countryside.”

But questions remain about how the war in Yemen will proceed from here, especially after last week’s announcement from the UAE that it would soon pull most of its troops out of the country. Read the rest, here.

Stat of the day: There are 65 million displaced persons across the globe today, a record-setting number, according to the UN—and Yemen has 2.8 million of them. “The figures are contained in the Geneva-based agency’s latest Global Trends Report issued Monday, timed for World Refugee Day,” AP writes. “They show that for the first time since World War II, the 60 million mark was crossed, even topping the equivalent of the total U.K. population of about 64.6 million… About 11.5 million people from Syria had fled their homes: 6.6 million within the war-ravaged country and 4.9 million abroad. More than half of all refugees came from three countries: Syria, Afghanistan and Somalia, and more than half of all displaced people were children, UNCHR said.” More here.

Lastly today, it’s time to give a serious re-think to America’s national security strategy in space, write Theresa Hitchens and Joan Johnson-Freese of the Atlantic Council in a new report titled “Toward a New National Security Space Strategy: Time for a Strategic Rebalancing.”

The gist: “[A] rebalancing of means used to address US goals in space is now necessary, based on a comprehensive assessment of the strategic space environment through the next ten to twenty years, toward ensuring that the ways and means being pursued to address those goals are in alignment,” they argue. “This assessment must extend beyond the Pentagon as well, to include the rapidly expanding cast of governmental and nongovernmental space actors. In particular, industry representatives should be brought into a process of dialogue with the national space security community to discuss priorities and concerns.”

They call the plan a “proactive preventative strategy,” and you can read their six recommendations, here. 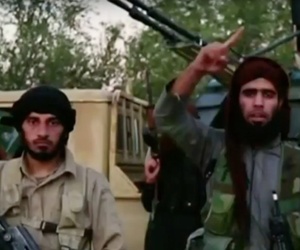 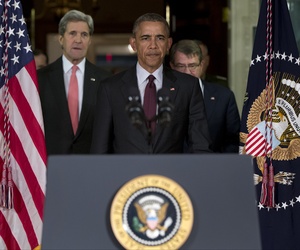 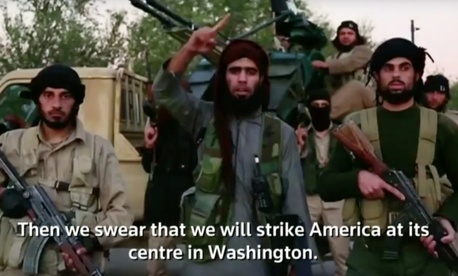 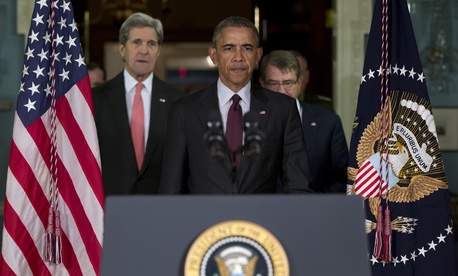