Developing: There are reports of an active shooter on Joint Base Andrews just outside of Washington, D.C., this morning, base officials tweeted out at 9:15 am EDT. “The incident is ongoing at the Malcolm Grow Medical Facility. First responders are on-scene now.” The base is currently on lockdown with all personnel directed to shelter in place.

The Taliban in Afghanistan detonated two bombs on a police convoy killing at least 30 and wounding nearly 50 others this morning 12 miles west of Kabul, the BBC reports from the capital. “The cadets were returning to Kabul from a training centre in Wardak province and were about to go on leave.” A bit more to this developing story, here.

A U.S.-Russian military partnership is in the works for Syria, the Washington Post’s Josh Rogin writes. The new agreement “would deepen military cooperation between the two countries against some terrorists in exchange for Russia getting the Assad regime to stop bombing U.S.-supported rebels,” he writes nearly a week after Russian jets bombed U.S.-backed rebels in southern Syria, near the city of al-Tanf. “The crux of the deal is a U.S. promise to join forces with the Russian air force to share targeting and coordinate an expanded bombing campaign against Jabhat al-Nusra, al-Qaeda’s branch in Syria, which is primarily fighting the government of Syrian President Bashar al-Assad… In exchange, the Russians would agree to pressure the Assad regime to stop bombing certain Syrian rebel groups the United States does not consider terrorists. The United States would not give Russia the exact locations of these groups, under the proposal, but would specify geographic zones that would be safe from the Assad regime’s aerial assaults.”

Pentagon chief Ash Carter is said to have been against the deal, according to officials, “but was ultimately compelled to go along,” writes Rogin.

Naturally, the plan has already attracted plenty of other dissent, including pushback from former U.S. ambassador to Syria Robert Ford: “If they are trying to destroy al-Qaeda in Syria, do they really think bombing them is the way to do it? F-16s do not solve recruitment problems with extremist groups.”

Another hang-up for some: “[T]he plan contains no consequences for the Russians or the Assad regime if they don’t hold up their end of the bargain.” Read the rest, here.

Meantime, Russia’s profligate use of cluster munitions turning Syria into a contemporary mine field, writes Ole Solvang, deputy emergencies director at Human Rights Watch, in the pages of The Moscow Times. He also gets into the additionally thorny matter of Russia’s alleged use of incendiary weapons in Syria—something the Assad regime has been doing since 2012. That read, here.

Elsewhere in Syria, U.S.-backed New Syria Army rebels failed big in that offensive near the Iraq-Syria border, the Washington Post reports, adding, the “attack did not go according to plan and that sleeper cells in the town that were expected to join the offensive failed to materialize.”

Here are some of the Free Syria Army weapons allegedly captured by ISIS in that failed assault, including some apparently shipped by a company called Unicorr out of New Haven, Conn.

To the north in Turkey, officials have released the nationalities of the three attackers in Tuesday’s triple-bombing at the Istanbul airport. Their countries of origin: Russia, Uzbekistan and Kyrgyzstan.

More light is being shone on Turkey’s shoddy security and its perhaps inadvertent relationship to ISIS: “When the bodies of Islamic State fighters are recovered on the Syrian battlefield, the passports found on them have often been stamped in Turkey, which thousands of recruits pass through on their way to join the terror group. Fighters who call relatives abroad often do so using Turkish cellphone numbers, and when they need cash, they head to Western Union offices in southern Turkey, according to court and intelligence documents,” The New York Times’ Rukmini Callimachi reported Wednesday.

Despite numerous attacks inside Turkey that are widely believed to have been carried out by ISIS, the group has yet to claim responsibility for one, she writes. “Some analysts saw this as the Islamic State trying to have it both ways: punishing Turkey for starting to act against it, but leaving enough of a gray area that it avoids a full-on clash with a country that has been valuable to its operations.” More here.

In Iraq, some 250 ISIS fighters and 40 of their vehicles were blown away in a series of airstrikes in southern Fallujah on Wednesday, a senior U.S. defense official said late in the evening. “If the figures are confirmed, the strikes would be among the most deadly ever against the jihadist group,” Reuters writes. Stars and Stripes’ Alex Horton called it a “micro highway of death.”

Here’s an 82-second video reel of what purports to be some of those strikes (and the aftermath in a subsequent video), the weapons releases in the first clip allegedly delivered via Iraqi army helicopters, mainly Mi-35M, Mi-28NE, EC635 and Bell 407s.

New eBook! Orbital Opportunities & Earthly Entanglements: A Defense One Look at Space. Download this eBook to explore the latest obstacles and trends within the aerospace industry that are impacting defense organizations.

“We are not frozen in a nightmare,” a defiant John Kerry told a crowd at the Aspen Ideas Festival. The secretary of state insisted America is more engaged in global conflicts with deeper impact than ever before. That, here.

Check out the U.S. military’s sandbox of Silly Putty that predicts natural disasters and war. Analysts are using what they call a “tangible landscape” to predict the path of everything from forest fires and floods to movement of adversaries in war games. NextGov’s Aliya Sternstein has more, here.

The now and future U.S.-Philippines military alliance. As the Philippines prepares to inaugurate a new president, a new backgrounder from the Council on Foreign Relations’ Eleanor Albert explores the long-lasting defense ties between Manila and Washington.

Welcome to the Thursday edition of The D Brief, by Ben Watson and Marcus Weisgerber. On this day in 1965, a car bomb exploded in front of the U.S. Embassy in Saigon, killing 22 (including 2 Americans) and wounding over 180 others. Send your friends this link: http://get.defenseone.com/d-brief/. And let us know your news: the-d-brief@defenseone.com.

How should the U.S. Army prepare for future fights? The Center for Strategic and International Studies wants your input on “The Future of Army Modernization,” and they have a four-part survey they’re keeping open for nearly two weeks. Help them out with your two cents over here.

Also today: Nine sailors to be disciplined over the “embarrassing incident in January in which American sailors were detained by Iranian military authorities when two small U.S. boats mistakenly wandered into Tehran’s territorial waters,” The Wall Street Journal’s Gordon Lubold reported last night. “The nine face what the military calls “nonjudicial punishment,” according to a U.S. official. which in some cases could end careers. The nine range in rank from a Navy captain to an enlisted petty officer. Some of the nine were sailors on the two boats, while others were part of the chain of command that oversaw the mission,” according to officials.

U.S. Navy Chief, Adm. John Richardson, will address the press over the report, which also “concluded that senior officers exhibited improper leadership by ordering the sailors to take the boats on such a long transit—259 nautical miles—inside of a short, 24-hour period, the official describing the report said. The commander failed to understand the dangers and complexity of the mission and didn’t question the approach the sailors were taking. At the same time, the official said, the senior sailors on the boats made a series of poor decisions, exhibited poor leadership and didn’t react quickly or appropriately when confronted with Iranian ships coming toward them.” More here.

Young Muslim-American Marine recruit death prompts investigation. Wall Street Journal: “The death of a young Muslim-American recruit at boot camp is at the heart of an investigation gripping the U.S. Marine Corps, and raising serious questions about practices at its vaunted, 101-year-old training facility at Parris Island, S.C. A Marine Corps investigation into the death of 20-year-old Raheel Siddiqui has sparked a broader probe into possible wrongdoing in the same training battalion, extending to allegations beyond his case, Marine Corps officials said.”

Siddiqui was under the supervision of a senior drill instructor accused of hazing, WSJ reports. “In one instance, the instructor faced allegations of putting another Muslim recruit in a clothes dryer and making racially charged remarks, according to multiple Marine officials.” More here.

Has the Minsk agreement halted fighting in Eastern Ukraine? U.S. News and World Report’s Paul Shinkman reports from the front lines: “All the Minsk, it’s bulls***,” says a Ukrainian army lieutenant in command of three roads leading to separatist territory and the trench network at the farthest points forward.” More here.

Court to rule on China’s claims to South China Sea. “An international court said on Wednesday it would deliver a hotly anticipated ruling in the Philippines’ case against China over the South China Sea on July 12, drawing an immediate rebuke from Beijing, which rejects the tribunal’s jurisdiction,” Reuters reports. More here.

F-35 arrive in England for airshows. Three jets (one Royal Air Force, two U.S. Marine Corps) landed at RAF Fairford Wednesday evening. Next week the planes will take part in the Royal International Air Tattoo, a military airshow, and the Farnborough Airshow, the week of July 10. Of note, the F-35 was supposed to make its U.K. debut at these air shows in 2010.

Double rainbow! After arriving in the U.K. yesterday, Mother Nature provided a wild photo-op as a double rainbow appeared over the three jets on the flight line. Picture is here.

Qatar signs $1.1B deal for ship missiles. The MBDA-made anti-ship and air defense missiles will be installed on seven new Italian-built ships that Qatar said it would buy earlier this month. But don’t expect to see these ships anytime soon. The six-year construction doesn’t begin until 2018. More here. 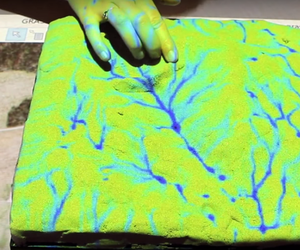 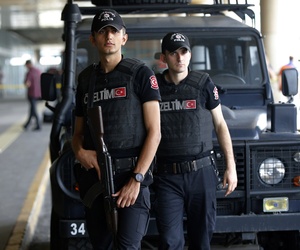 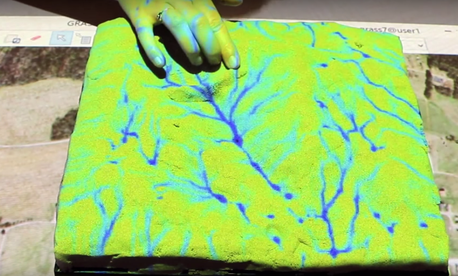 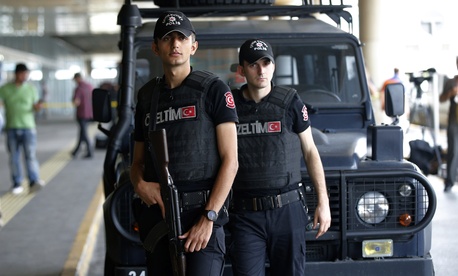