ISIS down in Libya, but not out. A hodge-podge of Libyan fighters, supported in varying ways by special operators from at least four countries, pushed Islamic State fighters out of their HQ building in the group’s coastal stronghold city of Sirte on Wednesday. The Western-backed fighters, “mainly from the western city of Misrata, captured the sprawling convention center known as Ouagadougou, which IS had turned into its headquarters,” leaving the remaining ISIS militants “cornered inside residential areas in the northern section of the city as well as palace complexes adjacent to the port of Sirte,” AP reports this morning.

“Sirte is 70 percent free, it will soon be completely free,” Mokhtar Khalifa, the Sirte mayor told the AP.

Government-backed troops also seized a “cluster of unfinished blocks just west of the center of Sirte, known as the ‘bone buildings,’ which had been used by IS snipers and fighters had described as a major impediment to their progress,” Reuters reports, adding “at least 16 fighters from the government-backed forces were killed and 11 wounded” in fighting on Wednesday.

As well, “Libyan forces said they had lost a fighter jet over Sirte… IS claimed it shot down the jet, killing a pilot, according to a statement on a website close to the group.”

Since August 1, “the militias fighting the Islamic State in Libya have been supported by heavy American airstrikes, using drones based in Jordan,” The New York Times adds. But those militias have also been aided by Italian special forces since at least last week—a move which could prove problematic back in Italy, depending on who knew what about that operation when. More on that angle from AFP, here, and at the end of the Reuters dispatch, here.

ICYMI: Italy is bracing for retaliation from ISIS turf losses in Libya. That, via The Daily Beast, here.

Turkey has asked Russia to team up on airstrikes against ISIS, AP reports this morning as the two countries continue to work on mending ties after Turkey shot down a Russian jet in November, killing the pilot.

The New York Times editorial board looks into the Russia-Turkey alliance of convenience this morning and finds little to be excited or optimistic about in the broader Syrian war. Both countries have been criticized for striking enemies of their choosing—PKK militants in the case of Turkey; and rebels opposed to Syrian President Bashar al-Assad, in Russia’s case—rather than directing the majority of their firepower at ISIS, as both countries claimed when announcing airstrikes in Syria nearly one year ago.

For what it’s worth: Here’s a pretty stacked chart to help make sense of the Syrian opposition, such as it is.

Also on Wednesday, Turkey established a second base in Iraq.

And in Syria, fighting in Aleppo continues this morning despite another impromptu “ceasefire” from Russia that appears to have been ignored by Assad’s troops.

But on the bright side, Aleppo residents headed to restocked markets for first time in a month, AFP reported Wednesday. Hot items: vegetables, chicken and cigarettes.

The al-Qaeda-aligned rebels who broke the siege of Aleppo over the weekend are naturally complicating Russia and Assad’s plans for the city and the wider war, Reuters reported Wednesday.

And Wednesday saw another gas attack allegation in Syria, AP reported. “A Syrian rescue worker and opposition activists said Thursday that a Syrian government airstrike on an opposition-held district in the embattled city killed at least two people in what was alleged to have been a chlorine gas attack. The attack late Wednesday on the city’s eastern Zabadieh neighborhood saw at least four barrel bombs dropped on the area, one of which purportedly released the chlorine gas.” More here.

And what do you know, the Russian navy just announced it will be conducting exercises off the Syrian coast in four days. “Russian warships The Serpukhov and The Zelyony Dol, which are equipped with Kalibr cruise missiles, will take part in the exercises, the defense ministry said. The navy plans to test fire rockets during the drills,” Reuters reported this morning.

Iraqi troops not ready for Mosul, nor what comes next, says top U.S. commander. But in Syria, the fall of Manbij is just one to two weeks away, Lt. Gen. MacFarland says in his final war assessment. Executive editor Kevin Baron reports, here.

ISIS is switching tactics in Iraq. Baghdad needs to get its act together. As the Islamic State returns to urban terror attacks, Iraqi security agencies must learn to work with each other, says Renad Mansour of the Carnegie Middle East Center, here.

Why so many foreign fighters flock to ISIS. A look at the factors that motivate people to leave home and join faraway wars. Via The Atlantic, here.

In today’s complex world, ‘We have no idea what war is.’ The Atlantic’s Kathy Gilsinan asks Rosa Brooks about her tenure at the Pentagon, and the ever-expanding role of the American military. Read the condensed interview, here.

Cargo shorts at the Pentagon: Inside DoD’s digital service team. Matt Cutts, a Google employee on temporary leave, says his job is less about AI and more about getting “basic, fundamental things” to work right now. From NextGov, here.

Welcome to Thursday’s edition of The D Brief by Ben Watson and Bradley Peniston. On this day in 1942, actress and electrical engineer Hedy Lamarr patented spread-spectrum radio, still key to today’s communications gear. (Send your friends this link: http://get.defenseone.com/d-brief/. And let us know your news: the-d-brief@defenseone.com.

Competing narratives in Crimea as Vladimir Putin signals military action in Ukraine. The news follows a report from the Russian FSB on Wednesday that its agents thwarted a “terrorist attack” in Crimea on the early morning of August 7. “According to the security service, an FSB agent was killed in a firefight with saboteurs on Saturday night near Russian-occupied Armyansk, a town close to the frontier with mainland Ukraine. Several Russian and Ukrainian citizens were arrested, the report claims, and a cache of explosives and weapons was discovered,” The Daily Beast reported. “According to the FSB, some of the weaponry, which included improvised explosive devices and magnetic mines, belongs to Ukrainian special forces units.”

The allegations coincide with “verifiable video evidence [that] emerged [on August 8] of large quantities of Russian military hardware on the move in the south of Crimea,” TDB writes. “Meanwhile, there are also reports from northern Crimea that Internet services have been out of action, and may not be restored until August 10. Areas without service include Dzhankoy and Armyansk, prompting suspicion that communications have been purposefully cut by the occupying regime for purposes as yet unknown.”

Dig into the allegations with this look from the folks at the Atlantic Council’s digital forensics lab: “it is difficult to imagine that the mass mobilization of equipment across the Kerch ferry and through Crimea came about after and entirely due to this incident.”

Obama founded ISIS and Hillary is the co-founder, GOP presidential contender Donald Trump said Wednesday at a campaign event in the always-important state of Florida. “In many respects, you know, they honor President Obama. He’s the founder of ISIS. He’s the founder of ISIS. He’s the founder. He founded ISIS,” he said, adding, “I would say the co-founder would be crooked Hillary Clinton,” the media reported this morning after Trump called them “incredibly dishonest…almost as crooked as crooked Hillary Clinton.” More from USA Today, here. (So who really founded ISIS? As Derek Willis tweeted, let us Google that for you.)

The Pentagon says Tehran is improving its cyber capabilities in the wake of the Iran deal, Bloomberg reported Wednesday. “The Islamic Republic now has a ‘substantial inventory of missiles capable of reaching targets throughout the region, including U.S. military bases and Israel,’ according to an unclassified summary from a Pentagon assessment of Iran’s military prowess… The report also reiterated points from last year’s review, saying Iran continues to seek to control strategic ‘avenues of approach,’ including the narrow Strait of Hormuz connecting the Persian Gulf to the Arabian Sea, and is pressing ahead with covert activities. Iran’s Revolutionary Guard Corps is still trying to improve its ability to ‘support and carry out’ terrorist attacks that advance its interests.” More here.

2017 NDAA watch: Compare the two bills for funding the U.S. military now under consideration in the House and the Senate, alongside the White House’s budget request, via the Heritage Foundation’s Justin Johnson. “Both bills are massive in size and scope,” he writes, “containing a wide range of important and not-so-important provisions. The NDAA is an opportunity to begin rebuilding the U.S. military and Congress needs to take advantage of it.” Read his well-documented take, here.

Lastly today, how to “rebuild” America’s military, according to David Petraeus and Michael O’Hanlon. The two penned an op-ed in The Wall Street Journal Wednesday in an effort to contextualize the oft-heard line that the U.S. military is in decline. The authors push back strongly against such characterizations, calling them a “myth,” in a five-point rebuttal intended to sink claims the military is facing a “readiness crisis.” Then they launch into some better lines of inquiry into the bigger issue of American power just a few months before the country elects a new president.

A taste of how they frame what matters most: “Should the Army and Navy, considerably reduced in size in recent years, be modestly larger? Are the Air Force, Navy and Marine Corps overemphasizing short-range tactical manned fighter jets in their aircraft modernization plans, and underemphasizing drones and bombers? Can the Navy develop underwater robotics and unmanned systems more aggressively? How can the U.S. more effectively counter other nations’ ballistic- and cruise-missile capabilities? What more needs to be done to structure and enhance Defense Department capabilities for operations in cyberspace? How should the military best prepare and structure forces for ‘advise and assist’ missions to the Middle East, Europe and elsewhere?”

And they’re not done. Read on, here. 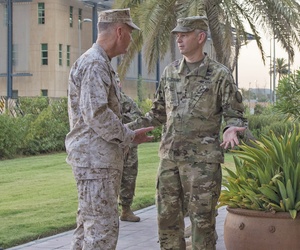 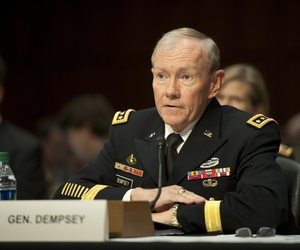 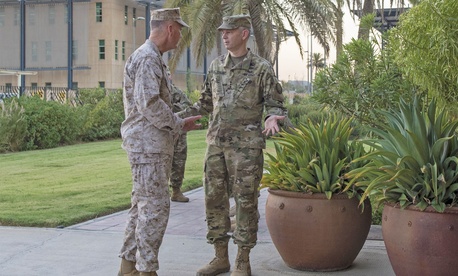 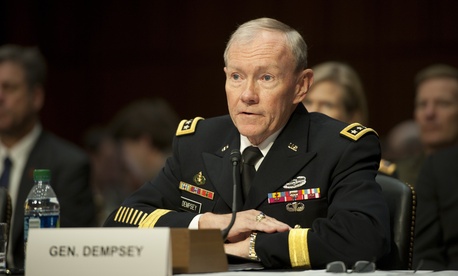