Russia’s defense ministry has warned the U.S. against striking Assad’s forces in Syria—in particular, launching “any missile or air strikes on the territory controlled by the Syrian government,” adding Russia’s air defense systems will respond immediately despite not knowing where airstrikes come from. That word comes in response to a Washington Post column earlier in the week that addressed some plans that were allegedly under discussion at the White House, including cruise missile strikes on Assad’s air force.

In Aleppo, rebels have been offered amnesty if they drop their weapons and leave the city, President Bashar al-Assad said Thursday in an interview with Danish TV, vowing to “continue the fight with the rebels until they leave Aleppo. They have to. There’s no other option.”

The rebels’ reax: We do not trust the regime, so a rebel evacuation of Aleppo is not going to happen. More from Reuters, here.

If you think Syria’s rebels are in disarray, take a look at the forces of Bashar al-Assad, The New York Times’ Anne Barnard reported Thursday. So tangled are Assad’s disparate forces, a reasonable excerpt of any sort of order of battle would be too lengthy. So check out Barnard’s report—along with a detailed map of Aleppo presently—here.

Baghdad officials really want Turkey’s roughly 2,000 troops out of Iraq, and they’ve called an emergency meeting of the UN Security Council to discuss the matter.

Ankara’s response (and justification): “Turkish troops would stay in northern Iraq to prevent ‘efforts to forcibly change the demographic structure in the region’ — an apparent reference to Turkish fears that once Mosul is liberated from IS, Kurds or Shiite groups may take Mosul over Sunni Arabs or Turkmens.” Military Times has more, here.

Recall that back in February, OIR’s Maj. Gen. Richard Clarke said Turkish troops at Bashiqa “are not part of the coalition here at all. And really that coordination and what they’re doing there has nothing to do with the Combined Joint Forces Land Component Command,” which Clark oversaw at the time.

For what it’s worth: The U.S. has spent $1.6 billion training Baghdad’s military over the past two years.

A quick word on the Middle East, past and future: “It is not fair to blame the Bush or the Obama Administration for the lack of good options” in Syria and Iraq, writes Anthony Cordesman of the Center for Strategic and International Studies. “As the UN’s Arab Development Reports—and the analyses of UNDP, IMF and World Bank—pointed out a decade or more before the Arab spring, the MENA region was headed for a major crisis because of misgovernment, corruption, and failed development and economic policies. Every event since the uprising of 2011 has made this situation worse, and Turkish, Iranian, and outside Arab influence adds one more set of problems to the problems of Syria and Iraq at a time that tensions between Iran and Saudi Arabia keep rising.”

Hurricane Matthew has already claimed nearly 500 lives in Haiti as it weakens to a category 3 storm, pounding Florida’s coast with 100mph winds. Some 500,000 Americans have lost power, and another 2 million Americans are expected to lose theirs before the storm dissipates and retreats back to the Atlantic.

Here’s drone footage of Haiti’s devastation, via The Guardian.

The Pentagon has offered up at least four bases in the southeast for recovery operations: “Fort Bragg in North Carolina, North Auxiliary Airfield in South Carolina, Marine Corps Logistics Base Albany in Georgia and Fort AP Hill in Virginia could be used by the Federal Emergency Management Agency (FEMA) to assist hurricane victims,” the Washington Post reported Thursday. “The bases were identified as the military moves equipment and personnel out of the storm’s potential path, which stretches from the eastern shores of Florida north as far as southeastern Virginia.”

Some 4,500 National Guard troops from Florida, Georgia, North and South Carolina have all been called up to assist, Pentagon spokesman Peter Cook said Thursday.

Adds the Post: “The storm could wallop nearly a dozen military installations up and down the southeastern coast…In South Carolina, the Marine Corps also has evacuated about 6,000 recruits from its boot camp at Parris Island, S.C., about 250 miles to its Albany logistics base in southwestern Georgia. Parris Island, nestled in low-lying swamp land, is prone to flooding.”

And elsewhere, “Ships and aircraft already have been moved as far away as southeastern Virginia, which is home to numerous Navy ships in Norfolk, advanced F-22 Raptors at Langley Air Force Base and several Hornet and Super Hornet squadrons at Naval Air Station Oceana.” All that and more, here.

Breaking news on the LCS Montgomery: It now has several cracks in the hull after colliding with a tugboat while being moved away from Mayport, Fla., ahead of Hurricane Matthew on Tuesday. The “collision opened up a foot-long crack amidships along a weld seam, about three feet above the waterline, according to a report obtained by Navy Times. The crack was letting in about a gallon of water every three minutes until sailors plugged the quarter-inch crack with wedges.” More here.

The U.S. Army’s Next Drone May Fit in a Soldier’s Pocket // Editorial Fellow Caroline Houck: The service could start buying palm-sized UAVs to complement its Pumas and Ravens as soon as 2018, according to one official.

The U.S. Should Stand with Saudi Arabia in Yemen // Nawaf Obaid: Facing Iran and Hezbollah on their border, Saudis have no choice to see this war to its end – with or without American weapons and support.

Unemployment Is Driving Males to ISIS, Not Poverty, Illiteracy // Quartz’ Aamna Mohdin: The Islamic State group’s foreign fighters are surprisingly well-educated, according to a myth-busting new study from the World Bank.

Welcome to Friday’s edition of The D Brief by Ben Watson and Bradley Peniston. On this day on 2001, the U.S. launched Operation Enduring Freedom as cruise missiles, B-52 and B-2 bombers pounded Kabul and Kandahar’s airports, as well as training camps outside of eastern Jalalabad. The U.K. also contributed with strikes from the HMS Illustrious “and a small number of submarines.” (Send your friends this link: http://get.defenseone.com/d-brief/. And let us know your news: the-d-brief@defenseone.com.)

More alliance-ending talk from the Philippines after Foreign Affairs Secretary Perfecto Yasay said America has never let its “little brown brothers” of the Philippines truly become a free nation. “Breaking away from the shackling dependency of the Philippines to effectively address both internal and external security threats has become imperative in putting an end to our nation’s subservience to United States’ interests,” Yasay said in a Facebook post on Tuesday entitled “AMERICA HAS FAILED US.”

Yasay: “Breaking away from the shackling dependency of the Philippines to effectively address both internal and external security threats has become imperative in putting an end to our nation’s subservience to United States’ interests… Yes, we have serious concerns and challenges with the Chinese as we try to engage them in bilateral talks towards peacefully settling our disputes in accordance with the legal and diplomatic process under international law. Our past mistakes in fostering and strengthening our friendship with our white big brother will be instructive for this purpose.”

The State Department reaction: “We remain committed … to our very real commitments from a security perspective to the Philippines,” spokesman John Kirby said. “What we’re focused on now are the assistance efforts that are in place and ensuring that they best benefit the Philippine people and are compliant with U.S. laws and regulations.” More here.

What’s an armed Su-27 doing (very probably) in Finnish airspace? The Finnish Ministry of Defense is investigating an episode Thursday after the Russian jet was “detected in the Gulf of Finland south of Porvoo… The suspected violation of Finnish airspace continued approximately one minute,” the ministry said in a statement.

Adds The Aviationist: “The ‘possible violation’ must have been determined by means of primary radar returns and probably occurred before the Su-27 was intercepted by the Finnish F/A-18 Hornets. Although close encounters with ‘Ivan’ are nothing special, a real airspace violation is something much more rare (and interesting.)” More here.

Meanwhile, Russia is thinking about reopening its bases in Cuba and Vietnam, closed in the early 2000s when Moscow was drawing down its military. That, and no further details, comes from Russian news agencies quoting Russian Deputy Defence Minister Nikolai Pankov. Via Reuters, here.

North Korea could be on the verge of another nuke test. Suspicious activity has been spotted near the site the of last test, Pyong-yang’s fifth ever. Analysts from 38 North released imagery from Oct. 1 showing “‘continuing activity’ at all three of the complex’s test tunnels,” Stars and Stripes reports. And Seoul is on edge ahead of upcoming anniversary: “South Korea’s military is on high alert amid concern the North might stage another provocation to celebrate the 71st anniversary of its ruling Workers’ Party on Monday. The communist regime conducted its first nuclear test a day before the 2006 anniversary.” More here.

And—grain of salt here, but—there is a curious development out of Washington about China’s stance toward North Korea’s leader: “Some Chinese scholars and policy makers began to talk about supporting ‘surgical strikes’ and ‘decapitation’ by the U.S. and South Korea as one policy option,” Zhe Sun, China initiative director of Columbia University’s School of International and Public Affairs, said at a security forum in DC.

The story makes this question yesterday at the Pentagon press conference seem a little less “out of the blue” than it appeared at first blush.

What not to do with sensitive items: sell them on eBay to customers in Russia and China. That’s one of the takeaways from Thursday’s Justice Department indictment on six soldiers and two others from Fort Campbell, Ky., after they were “charged in connection with a conspiracy… to sell sniper telescopes and rifle accessories, machine gun parts and accessories, grenade launcher sights, flight helmets, communication headsets, body armor and medical supplies.”

A senior military aide to Defense Secretary Ash Carter is in hot water after the Pentagon released a 50-page report on their investigation into Maj. Gen. Ron Lewis. Lewis is alleged to have “used his government credit card at strip clubs or gentlemen’s clubs in Rome and Seoul, drank in excess and had ‘improper interactions’ with women during business travel with Carter,” AP reported Thursday. Lots more on behavior “unbecoming of an officer,” here.

Lastly this week: We started Monday with news that Colombian voters rejected a peace deal with FARC rebels, who have waged an insurgency for more than 50 years at a cost of 220,000 deaths. Now on Friday, Colombia’s President Juan Manuel Santos won the Nobel Peace Prize for his work on the peace deal. Reuters has the story on what some see as an extra boost to end a long, long war, here. 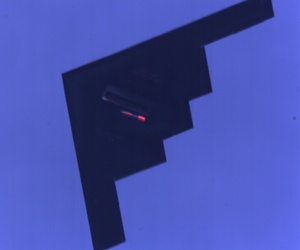 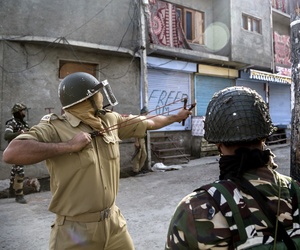 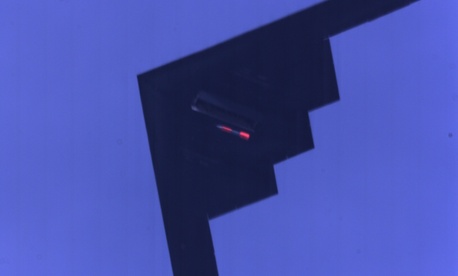 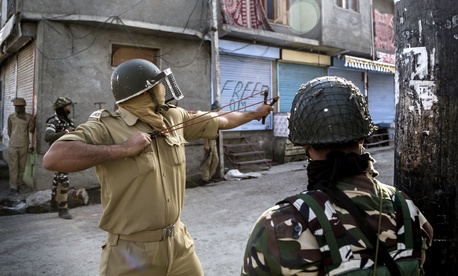