The U.S.-led coalition in Iraq has killed 35 leaders of ISIS in the past 90 days, Defense Secretary Ash Carter said today from Paris. Carter is in town for a counter-ISIS meeting with coalition counterparts and NATO leaders. Expect more on that a little later today.

Meantime, a resistance group inside Mosul—Ahrar Al-Mosul—has reportedly killed an ISIS commander named Abu Faruqin. Who are these folks? “An armed organization led by former spokesman of the Council of Representatives Osama al-Nujaifi, assisted by his brother, former governor of Nineveh province Atheel al-Nujaifi. ‘Ahrar al-Mosul group consists of hundreds of officers and soldiers from the former Iraqi army with a number of university students and other sympathizers,’” Kurdish ARA News reported back in November.

ISIS is still massacring people in Mosul, the UN says. “On Sunday, IS reportedly killed 50 former police officers being held in a building outside Mosul, and last Thursday Iraqi security forces discovered the bodies of 70 civilians in houses in Tuloul Naser village south of Mosul,” U.N. human rights spokesman Rupert Colville said Tuesday, speaking from Geneva. As well, Colville added, “IS fighters had also reportedly shot dead three women and three girls and wounded four other children, allegedly because they were trailing 100 meters (330 ft) behind during a forced relocation from Rufeila village.” More here.

Mosul offensive SitRep: “About 90 Islamic State-held villages and towns around Mosul have been retaken so far into the offensive, according to statements from the army. The distance from the frontlines to the city ranges from just a couple of kilometers in the east, to 30 kilometers (nearly 20 miles) in the south,” Reuters reports.

Of note: Iraq’s Golden Division counterterrorism police have halted less than two miles from Mosul, waiting for U.S.-backed forces to close in on other fronts. More from Reuters, here.

Turkey is still jostling for a place in the Mosul offensive, and this morning Foreign Minister Mevlut Cavusoglu threatened to launch a new ground operation in Iraq to eliminate “threats” to Ankara’s future, Agence France-Presse reports this morning. He referred specifically to the Sinjar region of northern Iraq, some 250 kms east of Kurdish PKK rebels’ enclave in the Qandil mountains. Cavusoglu claimed “the PKK wanted to make Sinjar a ‘second Qandil,’ but such actions would not be allowed and that Turkey would ‘intervene more actively’ to stop it happening.” More here.

So what’s at the heart of Turkey’s ambitions in northern Iraq? “In recent speeches [President Erdogan] has not only invoked old Turkish grievances dating from the end of World War I, when Western powers divided the former Ottoman lands of the Middle East, but he has also hinted at larger regional ambitions,” The New York Times editorial board writes in an op-ed posted Monday. “Ankara’s real priority is defeating Kurdish separatists who straddle the border regions of Turkey and Iraq and have engaged in a rebellion against the Turkish government for decades. Mr. Erdogan is also eager to check Iran’s growing influence in the region and to be seen as a defender of Sunni Arabs and Turkmen, who live in Mosul and the surrounding area.” However, they go on to write, “As a NATO member, it also has a responsibility to work with its allies in defeating the Islamic State. Mr. Erdogan, who has been cozying up recently to Russia and China, seldom seems to share that kind of common purpose.” More here.

Meanwhile, Ankara is reportedly sharing intelligence with Russia in the fight against ISIS in Syria, Russian state-run media reports.

Get Ready to Walk Away from Incirlik // Former EUCOM deputy Gen. (ret.) Charles F. Wald: As U.S.-Turkey relations cool, retaining access to the air base will require ending our dependence on it.

Kendall: The Pentagon’s Spending Less on Weapons, So Let Me Keep My Job // Global Business Editor Marcus Weisgerber: A 30-year-low in cost growth is part of the defense acquisition undersecretary’s closing argument for why Congress shouldn’t eliminate his position.

DHS Is Drawing Up ’Strategic Principles’ for Internet of Things // Nextgov’s Joseph Marks: The Homeland Security secretary is working with law enforcement and private companies to prevent massive distributed denial of service attacks.

Welcome to Tuesday’s edition of The D Brief by Ben Watson and Bradley Peniston. We few, we happy few, we band of brothers; on this day in 1415, Henry V and his English army defeated the French at Agincourt. (Send your friends this link: http://get.defenseone.com/d-brief/. And let us know your news: the-d-brief@defenseone.com.)

Deadly attack at Pakistan police academy: Three militants used guns and explosives to kill 61 and injure another 120 at a training college outside Quetta, Pakistan. ISIS immediately claimed responsibility. The New York Times quoted a senior Pakistani security official as saying the Islamic State had “outsourced” the attack to Lashkar-e-Jhangvi, “a banned militant group affiliated with the Taliban. The assault on the college showed that extremist groups remain a serious threat for the Pakistani military and security forces, which have claimed great success against militants in recent years.” Read more, here. Reuters has video of the still-smoking campus building, here.

A string of attacks in Somalia and Kenya. The al Shabaab Islamist group, erstwhile rulers of much of Somalia, claimed responsibility for a suicide truck bomb at an AMISOM military base that left 17 Djibouti soldiers dead, shooting an intelligence officer, and killing another 12 people in a Kenyan border town. The attacks come just ahead of Somali elections; al Shabaab aims to “to topple the Western-backed government in Mogadishu and drive out African AMISOM peacekeepers made up of soldiers from Kenya, Djibouti, Uganda, Ethiopia and other African nations,” Reuters reports, here.

And from Africa’s northern rim, the Washington Post’s Missy Ryan offers this: “Why it’s taking so long for the U.S. and its allies to finish off the Islamic State in Libya.”

More and more scientists are concerned about a robot arms race, NYT’s Matthew Rosenberg and John Markoff report this morning in a lively, long-form dive into the subject they dub “The Pentagon’s Terminator Conundrum.”

Rosenberg and Markoff: “The Defense Department is designing robotic fighter jets that would fly into combat alongside manned aircraft. It has tested missiles that can decide what to attack, and it has built ships that can hunt for enemy submarines, stalking those it finds over thousands of miles, without any help from humans… At the core of the strategic shift envisioned by the Pentagon is a concept that officials call centaur warfighting. Named for the half-man and half-horse in Greek mythology, the strategy emphasizes human control and autonomous weapons as ways to augment and magnify the creativity and problem-solving skills of soldiers, pilots and sailors, not replace them. The weapons, in the Pentagon’s vision, would be less like the Terminator and more like the comic-book superhero Iron Man, Deputy Defense Secretary Bob Work said in an interview.” Read the rest, here.

The Air Force is working on a new close air-support aircraft, Air Force Times’ Stephen Losey reports this morning. “The AC-130J Ghostrider is set to be the most heavily-armed gunship in history, bristling with 30mm and 105mm cannons, AGM-176A Griffin missiles, and the ability to carry Hellfire missiles and GBU-39 Small Diameter Bombs. But that’s not all. Some day in the future, the Ghostrider could even be equipped with a high-energy laser.”

From past to present: “Since it first flew to war during Vietnam, the AC-130 has destroyed more than 10,000 trucks, the Air Force says. The AC-130J is the fourth generation of this model, and will eventually replace the aging U and W variants – and it’s a virtual certainty that it will be loitering above the battlefield, wherever Americans are fighting, for decades to come.”

On September 6, the new aircraft “lifted off from a runway at Hurlburt Field, Florida, and flew northeast to the range at nearby Eglin Air Force Base” to destroy a tank. “The test was a success, the Air Force said, and a major milestone on the path to the AC-130J achieving initial operating capability, which is expected to come in the fourth quarter of fiscal 2017.” Read on, here.

The piggy bank is now open for the Air Force’s drone pilots. On Friday, the service opened its “critical skills retention bonus [that] provides some RPA pilots $35,000 per year—for a total of $175,000—if they agree to a five-year active-duty service commitment, or $35,000 for an additional year of commitment if they’re already receiving a similar CSRB or aviation retention pay bonus,” Air Force Times reported Monday.

The eligible “drone pilots must be in the 18S special operations RPA pilot, 11U pilots who started on manned aircraft and permanently transitioned to RPAs, 11X pilot, 12U RPA combat systems officers, or 13U RPA air battle manager career fields, and their undergraduate RPA or flying training commitments must be expiring in fiscal 2016 or 2017. The Air Force said the program will be retroactive for airmen whose commitment expired in 2016, and that applications for them must be submitted to the Air Force Personnel Center by Jan. 31, 2017.”

Lastly today: “Although torn by civil war, Iraq is the world’s most generous country towards strangers in need, according to a new global index of charitable giving,” Reuters reports off a new poll commissioned by the Charities Aid Foundation (CAF). “Despite suffering instability and violence, Iraq has twice been ranked top in terms of helping strangers. Libya, with its own internal conflict, was second on the list this year and Somalia, embroiled in civil war for 25 years, fourth.”

And not to be left out, “The United States ranked second on the combined measure of generosity.” Read the rest, here; or read the report for yourself, here. 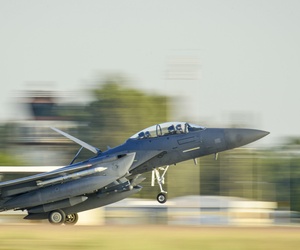 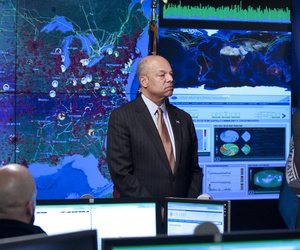 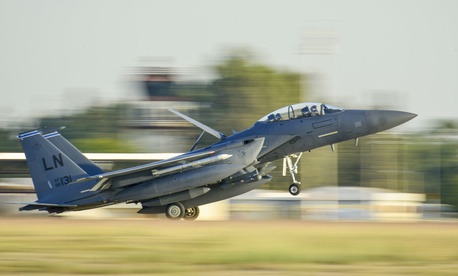 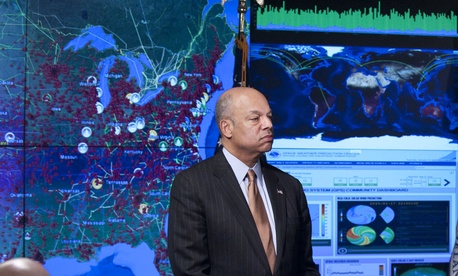