ISIS increasingly cut off in Mosul; US threatens Syrian generals; Trump effect at Halifax; What happened to the other Michael Flynn?; and just a bit more…

The Islamic State group in northern Iraq is losing key reinforcement routes for its fighters around Mosul. The U.S.-led coalition bombed bridge number four, the southernmost of the city’s five bridges that span the Tigris river, coalition spokesman Col. John Dorrian said this morning from Baghdad. For what it’s worth, all five bridges were reportedly rigged to blow as early as October 12, and a coalition airstrike on boats in the Tigris just days later rendered the number-two bridge closed to vehicle traffic even before the operation kicked off. A later strike took out bridge number five, Reuters adds. That leaves two open to ISIS fighters regrouping or reinforcing their positions as Iraqi special forces continue to punch deeper from the east and armored troops advance from the southeast. Meanwhile to the west, Popular Mobilization Units have reportedly caused ISIS to fall back from a key road connecting Sinjar to Tal Afar, where the PMUs fought to retake an airport late last week before moving onto Tal Afar proper—with the ultimate goal of severing ISIS main supply line connecting Mosul to Raqqa, Syria.

The number of displaced from the Mosul offensive has reached nearly 70,000 and counting, The New York Times reports. “But the exodus is really only getting started. There could be a million more people still in Mosul, most clustered on the west of the Tigris River, where the fighting has not reached.” More from the site of camps for the displaced, like Khazer, outside Mosul, in a superb photo spread, here.

The UN shared its latest maps and routes out of Mosul, along with a humanitarian roll-up of where things stand overall, here.

A new report says ISIS has used chemical weapons in at least 52 instances since 2014, and NYT maps those instances, here.

Adds the Washington Post: “The report…also warned of the increasing likelihood the extremist group will use chemical weapons as it retreats from the city of Mosul.”

Naming names in the Syrian war. At the U.N., U.S. Ambassador Samantha Power warned 12 Syrian officers they will be tried for their crimes in the conflict, including allegations of civilian targeting, air raids on schools, and operating torture prisons, AFP reports: “The ambassador listed a number of facilities where cases of torture have been documented and warned officers and prison officials that the world was watching them. Among those named were five major generals—Adib Salameh, Jawdat Salbi Mawas, Tahir Hamid Khalil, Jamil Hassan and Rafiq Shihadeh—along with five brigadier generals and two colonels.”

Russia’s predictable whataboutism response: “Where are the names of the terrorists [that Russia wants from the U.S. to distinguish moderate rebels from al-Qaeda]? Who is going to deal with them? Let’s try not to be hypocritical.” More here.

While we’re on Russia, their defense ministry blames last week’s crash of a MiG-29K on the Adm. Kuznetsov’s broken arrestor cable. Three jets were landing on Moscow’s only carrier, staged off the Syrian coast, when the second snapped the cable and caused the third jet to circle around while mechanics rushed repairs. While circling, evidently the third jet experienced engine failure, possibly from low fuel. U.S. Naval Institute News’ Sam LaGrone fills in the rest of the picture, here.

And before we leave the high seas, the U.S. Navy says it “assisted three Iranian mariners in distress” Friday in the Arabian Gulf: personnel on board the USS Nitze “received notification from aircraft carrier USS Dwight D. Eisenhower of a small fishing vessel in distress. Once Nitze’s crew identified the distressed vessel, the ship took immediate action to render assistance. After confirming the distressed vessel’s mariners were safe, they discovered the vessel had a dead battery. Nitze provided the Iranian crew with a new battery and a case of water.” That, here.

Speaking of Iran, the number of Iranian soldiers killed in the Syrian war just topped 1,000, Reuters reports off Iranian Tasnim news. “It was a major increase in the reported death toll from just four months ago, when the Islamic Republic announced that 400 of its soldiers had died on Syria’s battlefields.”

How Much Does a Cyber Weapon Cost? Nobody Knows // Max Smeets, via Council on Foreign Relations: Until we can develop a clearer understanding, policymakers won’t be able to know what groups like ISIS can do in the online realm.

Welcome to the Tuesday edition of The D Brief by Ben Watson and Bradley Peniston. On this day in 1718, the pirate Blackbeard is killed in battle with a Royal Navy boarding party off North Carolina. (Send your friends this link: http://get.defenseone.com/d-brief/. And let us know your news: the-d-brief@defenseone.com.

Trump effect at Halifax. The U.S. president-elect dominated the conversation at the Halifax Security Conference, reports National Defense. Georgetown University law professor Rosa Brooks captured the uncertainty: “This is the first time in my political life that I look around and I think, ‘I have no idea what the new U.S. administration will do.’” She warned about Trump’s support for torture and called on foreign governments to help keep the United States from committing war crimes. “Your job as our allies is not to sit there and act polite because you’re supposed to shake hands nicely with the guy in the White House,” she said. “Your job is to say, ‘That’s not acceptable. It’s no more acceptable if the United States does it than it is if Russia does it or if Turkey does it or if any other country does it.’ Meanwhile, several Europeans said that Trump’s campaign-trail threats to not defend U.S. allies unless they met financial obligations to NATO were actually prompting various countries to boost defense spending. NATO’s Deputy Secretary General Rose Gottemoeller: “I can’t say we’ve completely reversed the trend, but this year for the first time in a long time we’re going to have a 3 percent increase in defense spending across all countries in the alliance.” Members “got the message” after Trump called them out, she said. “People have to pull up their socks in many capitals.” Read on, here.

Back home, the New York Times looks at the president-elect’s affinity for general officers: “But it worries national security experts and even other retired generals, who say that if Mr. Trump stacks critical jobs purely with warriors, it could lead to an undue emphasis on military force in American foreign policy. ‘If you have too many generals in the kitchen, the dish is likely to be baked with even more military instruments inside,” said John A. Nagl, a retired Army lieutenant colonel and an expert in counterinsurgency strategy. “I’m not sure that’s the recipe the United States needs for every foreign policy meal.’” Read on, here.

The Japanese military has deployed for the first time since World War II, the Washington Post reported Monday. Destination: South Sudan. “Dozens of Japanese soldiers landed in Juba [on Monday], the capital of South Sudan. By mid-December, 350 of them will be stationed there as part of a peacekeeping unit that will be authorized to use guns if needed to protect civilians, U.N. staff or themselves.”

The Japanese contingent, “made up of trained engineers whose main mission is to engage in construction projects,” will join an international peacekeeping group that’s estimated at 12,000 presently.

Adds WaPo: “Peacekeepers, especially in South Sudan, have a limited mandate. They can use force in defense of civilians or U.N. personnel, but they can’t use force against an opposing army — in this case, the Sudan People’s Liberation Army, which is loyal to Kiir. Yet that army has perpetrated much of the recent violence against civilians, foreigners and even U.N. peacekeepers. It is the only armed force in Juba, after soldiers loyal to former vice president Riek Machar retreated in the wake of July’s bloodshed.” More here.

Elsewhere in Africa—Somalia, to be exact—U.S. special operators are “working with Somali troops are facing increased risk in an advisory mission that has shifted from basic soldiering to complex battlefield missions,” Stars and Stripes reports off remarks from U.S. Africa Command’s Gen. Thomas Waldhauser. “The forward presence of U.S. forces combined with a spike in airstrikes against the al-Shabab insurgent group is the most significant sign of escalation in the country since 18 American soldiers were killed there in 1993. In 2016, at least 14 strikes or raids have been carried out in the country, compared with only a handful a year earlier.”

The big worry: “The intensification of operations raises questions about whether U.S. forces are being sucked deeper into a country that has resisted attempts by outsiders to impose order.” Story, here.

Duterte’s wish is becoming a reality. The U.S. and Philippine armies have agreed to reduce their joint exercises, “a Philippine general involved in the talks” told Reuters this morning.

The Afghan military bucked tradition and launched a winter offensive, Stars and Stripes reported Monday. “Operation Shafaq Two will be carried out in 13 of Afghanistan’s 34 provinces… [continuing] Operation Shafaq, which was launched in late March. It will last until next spring, when the traditional fighting season begins,” according to Gen. Mohammad Radmanish, deputy spokesman for the Defense Ministry. Not many more details to the operation than that, but you can read on here.

Lastly today: Troops, recruiters can now carry concealed weapons, for renewable periods of 90 days at a time, “according to new Defense Department directive issued last week in response to a series of deadly shootings over the last seven years,” Military Times reports.

The pertinent info: “Those wishing to carry a concealed personal firearm on Defense Department property must apply for permission. They have to be at least 21 years old and meet all federal, state and local laws and host-nation requirements the directive says. The individual military services will determine requirements for those who will grant conceal-carry requests, the directive says. Those officials must have a minimum rank of lieutenant colonel, commander or the civilian equivalent.”

But don’t come a knockin’ on that O-5’s door if you’ve got a UCMJ violation on your record, or if you’ve been convicted or face charges in a civilian court.

One more caveat: “The directive does not apply to troops in war zones or members of the National Guard who are not working in a federal status.” Read the rest, here. 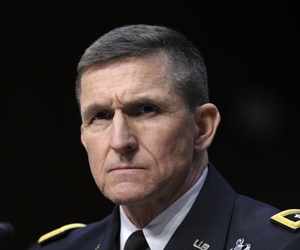 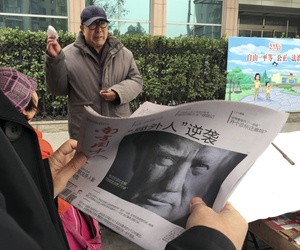 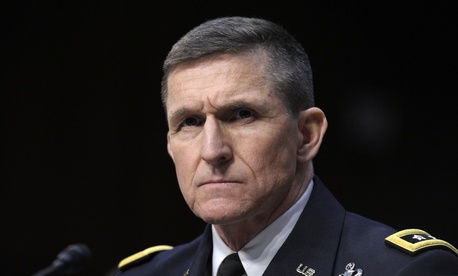 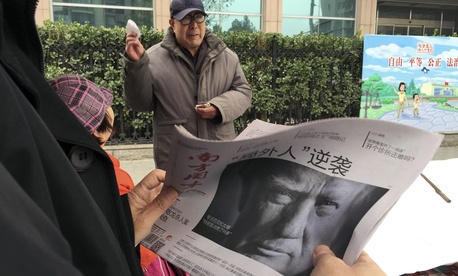