Meltdown in Aleppo; ExxonMobil CEO for SecState; Trump vs. defense industry?; Israel gets first F-35s; and just a bit more…

“Complete meltdown of humanity” in Aleppo. Pro-regime militants executed more than 80 civilians in Aleppo—including 11 women and 13 children—entering homes and killing them “on the spot,” the UN said this morning.

Adds Reuters: “The rout of rebels from more than half of their ever-shrinking territory in Aleppo sparked a mass flight of civilians and insurgents in bitter weather, a crisis the United Nations said was a ‘complete meltdown of humanity.’”

The UN’s Human Rights Chief warned, “What is happening with Aleppo could repeat itself in Douma, in Raqqa, in Idlib. We cannot let this continue.”

What’s more, “many children, possibly more than 100, unaccompanied or separated from their families, are trapped in a building, under heavy attack in east Aleppo,” UNICEF Regional Director Geert Cappelaere said.

As well, Turkey has reportedly been trying to work with Iran over the Syrian war since at least 2013, with the latest failure profiled in the Guardian, here.

Take a look at Putin’s “JSOC” in Syria: “On Sunday, Russian state-run television ran a segment showing what appears to be one of Russia’s most elite military units fighting in Syria, putting an often secretive Special Operations detachment in the limelight, albeit briefly,” the Washington Post’s Thomas Gibbons-Neff writes. “The nine-minute segment is composed of various clips, some of it focused on training, likely in Russia, while other parts take place in Syria. The unit is probably Russia’s Special Operations Command, or KSO…a dedicated military Special Operations unit, created after the Russians had watched the U.S. military’s success with its own Special Operations Command over the past two decades.” Much “like Russia’s lone and problematic aircraft carrier — the Admiral Kuznetsov — steaming off Syria’s coast, the KSO is also another way for Russia to demonstrate its burgeoning post-Soviet defense capabilities in a combat environment.” Read the rest, here.

Russia blames the U.S. for the fall (again) of Palmyra to ISIS, AFP reports. In particular, the Kremlin blamed Washington’s “lack of coordinated action and real cooperation” in the war on ISIS.

For what it’s worth, Palmyra’s fall should be remind all nations fighting ISIS of how the group responds to pressure at this stage in the “caliphate,” writes Middle East scholar Hassan Hassan: “The notion that the government was busy in Aleppo and lost perspective is baseless. Think Rutbah, Kirkuk. Has long-term implications” in the wider ISIS fight.

The Pentagon’s reax to Russia’s allegation on Palmyra: “It appears that Russia has failed to sustain the singular gain against [IS] they had achieved since their military intervention on behalf of [President Bashar al-Assad] regime,” said Maj. Adrian Rankine-Galloway, a Pentagon spokesman. “This is a further demonstration of why, as we have long advocated, Russia must change their focus.”

Noted: the only groups celebrating in Syria today are the ones the UN accuses of using chemical weapons: ISIS and the Assad regime.

Back to Hassan Hassan, briefly: He and The Daily Beast’s Michael Weiss spoke with “Syrian opposition figures, ISIS defectors, Sunni Arab tribesmen, U.S. military sources, and intelligence officials” over months of interviews to come up with a What’s Next for the U.S. in Syria plan: “Keep small but effective U.S. garrisons indefinitely in eastern and northeastern Syria and western Iraq…four installations already are being used by the anti-ISIS coalition, either openly or semi-covertly. Developing these sites as solid anchors in the region will give the U.S. a badly needed intelligence-gathering capability in the Jazira, or Upper Mesopotamia, encompassing the arid plain that stretches across northwestern Iraq, northeastern Syria and southeastern Turkey.”

For the skeptics, they write, “Contrary to the conventional wisdom, such a counterterrorism-plus strategy would actually be well timed, owing to Syria’s fractured battlefield landscape. Broadly speaking, Syria can now be divided into distinct quadrants.” Worth the click, here.

One more thing: A new report from 20 experts “on the Middle East, Islamic extremism, and jihadism” says it’s going to be very hard for Trump or anyone to defeat ISIS anytime soon. That’s the Washington Post’s headline for the U.S. Institute of Peace’s new release, “The Jihadi Threat: ISIS, Al Qaeda and Beyond.”

The report is divided into six sections, “The first is an overview examining the future of extremism. The second, third, and fourth sections profile ISIS, al-Qaeda, and Jabhat Fateh al-Sham, respectively, and lay out future scenarios for each group. Part five is an analysis of key drivers of extremism ― state frailty, ideological upheaval, conflict zones, foreign intervention, socioeconomic factors, and technology. The sixth and final section outlines policy considerations for dealing with jihadi movements.” Find the report in full (PDF), here.

Happening today: President Obama convenes a meeting of his National Security Council to review the war against ISIS and its strategy in Syria. The last time the NSC did this was October 14, CBS News’ Mark Knoller writes.

Defense Contractors Should Fear More Than Trump’s Tweets // Marcus Weisgerber: It’s not just Lockheed and Boeing. As president, Trump can mess with just about any contract he wants, even high-priced fighter jets, ships and armored trucks.

Trump, Taiwan, and The Fantasy of a Phone Call // Michael Swaine of the Carnegie Endowment for International Peace: China will fight back. Taiwan’s backers should never forget that.

The Senate Will Investigate Russian Interference in the U.S. Election // The Atlantic’s Russell Berman: With Mitch McConnell’s backing, a bipartisan inquiry could bring the first confrontation between Donald Trump and Republicans in Congress.

Trump Republicans See Putin’s Russia As a New Front Line Against Islam // The Atlantic’s Peter Beinart: Conservatives are divided on whether Putin’s Russia is a totalitarian enemy or a defender of the Christian West.

Five Questions to Help You Understand That Russians Hacked the US Election // The Atlantic’s David Frum: As the culpability of Putin’s government becomes more clear, a host of related issues remain unresolved.

Welcome to the Dec. 13 edition of The D Brief by Ben Watson and Bradley Peniston. On this day in 1939, a trio of Royal Navy cruisers fought a German pocket battleship off Buenos Aires in the Battle of the River Plate. (Send your friends this link: http://get.defenseone.com/d-brief/. And let us know your news: the-d-brief@defenseone.com.)

It’s Rex Tillerman for SecState (sorry, Mitt)— but will the CEO of ExxonMobil put country before corporation? Like Trump himself, Tillerman is a fan of better relations with Putin’s Russia: international sanctions installed after Moscow seized Crimea are holding up an ExxonMobil deal worth north of $100 billion. NYT, here.
Here’s former CIA director and Defense Department secretary Bob Gates on Trump’s latest Cabinet pick, via Politico: “He would bring to the position vast knowledge, experience and success in dealing with dozens of governments and leaders in every corner of the world…He is a person of great integrity whose only goal in office would be to protect and advance the interests of the United States.”

Why might that last bit be in question? Steve Coll, who literally wrote the book on how ExxonMobil sees itself as a sovereign global actor, calls Tillerman’s appointment “astonishing on many levels. As an exercise of public diplomacy, it will certainly confirm the assumption of many people around the world that American power is best understood as a raw, neocolonial exercise in securing resources.” Read on, here.

And amid Trump’s “thank-you tour,” WSJ Washington bureau chief Gerald Seib detects an intention to overhaul U.S. policy in the Middle East: “He signals a break from Obama and Bush: ‘We will stop looking to topple regimes and overthrow governments.’” Read on, here.

But America’s top spy says CIA can’t prove that Moscow wanted to install Trump, Reuters reports. “ODNI is not arguing that the agency (CIA) is wrong, only that they can’t prove intent,” said one of three U.S. officials quoted anonymously. “Of course they can’t, absent agents in on the decision-making in Moscow.”

Israel just received its first two F-35s, with 48 more on request. “It was supposed to be a public relations bonanza,” WaPo reports. “A pair of new F-35 fighter jets were scheduled to streak across the sunny desert sky here on Monday afternoon and land to rapturous applause by Israeli and American leaders and military brass. But first, fog socked in an Italian air force base outside Milan, delaying for hours the takeoff of the F-35s on the last leg of their journey from Texas to Israel. Tired of the long wait, many of the guests departed, a reverse parade of military attaches heading back to their embassies, followed by television news crews who didn’t think footage of airplanes landing in the dark would be terribly gripping.” Then came the Trump tweet [slamming the F-35’s high cost and shaving $2 billion off Lockheed Martin’s market cap]. Then the jets landed at a little past 8 p.m. local.

“The two aircraft were flown by U.S. pilots, and they were greeted by Israeli Prime Minister Benjamin Netanyahu and U.S. Secretary of Defense Ashton B. Carter,” WaPo reports. “Carter said there was no better symbol of the relationship between the United States and Israel than the F-35. ‘Together, we will dominate the skies. With the turmoil in the region, we’re more dedicated to Israel’s security today than ever before.’ Netanyahu said, ‘Our goal is to obtain supremacy in every theater: in the air, in the sea, on the ground and cyber.’” Read the rest, here.

Lastly today: “Map-lovers, rejoice!” the Smithsonian Magazine writes of the Library of Congress’s new project to put “about 5,000 rare and historic maps” online for free viewing. “Specifically, the initial records will involve 5,000 objects from the LOC Geography and Map Division, including those charting the American Revolution and the late 18th century, the American Civil War, and panoramic maps,” writes Allison Meier with more detail for Hyperallergic.

“The latter are especially interesting. They were popular in the late 19th and early 20th centuries, when aerial photography was often impossible, or had to be carried out with innovative tactics like kites. Before the Wright Brothers took off in 1903, aerial views were basically limited to balloon rides, so these illustrated maps are based on either geographic measurements or visual impressions. Yet they cover a vast amount of land, from the colorful World’s Fair grounds in 1893 Chicago or 1904 St. Louis to the busy waterways of 1870 New York City and 1885 Madison, Wisconsin. I even found one map of my hometown of Bartlesville, Oklahoma, in 1917, when the state was only a decade old.” More here. 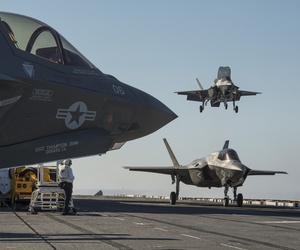 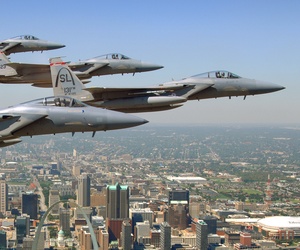 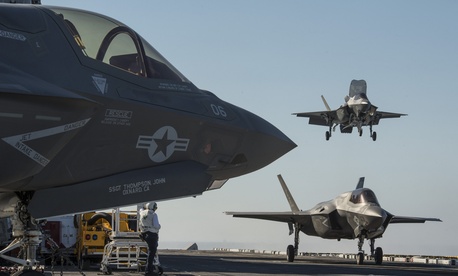 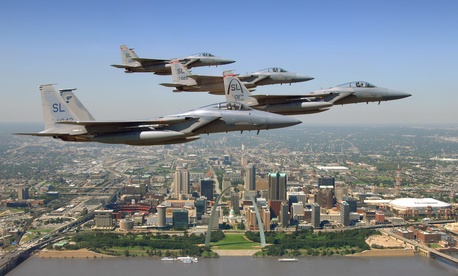