Final hours in Aleppo?; ISIS captures an anti-air missile; Trump’s conflicts of interest; US halts some arms to Saudi; and just a bit more…

Aleppo is under renewed mortar shelling and airstrikes as a plan to evacuate residents seems to have spiraled into more violence. “The first departures had been expected around 5:00 am (0300 GMT) but there was no movement, and a few hours later, fierce fighting shook the city,” AFP reports, adding Russia “said Damascus resumed its assault on Aleppo after rebels violated the ceasefire” but “Rebels and a source close to the regime told AFP that the evacuation had been suspended after objections from the Syrian government… claiming rebels had sought to raise it from 2,000 to 10,000.”

Reuters adds that Iran is playing a bit of spoiler on the cease-fire-and-evac plan struck Tuesday between Turkey and Russia, since Iran “wanted a simultaneous evacuation of wounded from two villages, Foua and Kefraya, that are besieged by rebel fighters, according to rebel and U.N. sources. Rebel groups said that was just an excuse to hold up the evacuation from a shrunken insurgent enclave shattered by a powerful government offensive.”

Regardless of who is spoiling what in this latest cease-fire, Reuters reports that “Nobody had left by dawn under the plan, according to a Reuters witness waiting at the departure point, where 20 buses stood with engines running but showed no sign of moving into rebel districts…In what appeared to be a separate development from the planned evacuation, the Russian defence ministry said 6,000 civilians and 366 fighters had left rebel-held districts over the past 24 hours.”

Elsewhere in Syria, ISIS appears to have captured a surface-to-air missile system near Palmyra, Syria, the Washington Post reports. “The S-125, known as a SA-3 to NATO countries, is a Soviet-era weapon that can hit targets flying at approximately 60,000 feet, and has a maximum effective range of 17 miles, according to U.S. military documents. It can be configured to fire two or four missiles from its rail system. If properly used, it could pose a threat to any aircraft flying in the area; however, systems such as the S-125 are complicated to use and are easily seen and targeted from the air.”

U.S. defense officials said they’re watching the developing scene at Palmyra, and are reportedly “not very happy” about the capture, saying, “it could end up in lots of places.” More here.

Experts have deemed ISIS weapons manufacturing around Mosul to be top-notch, according to a new report from Conflict Armament Research, which embedded an investigative team “with Iraqi armed forces during the initial phases of the assault on Islamic State forces in eastern Mosul” in mid-November.

A few takeaways: “Although production facilities employ a range of non-standard materials and chemical explosive precursors, the degree of organisation, quality control, and inventory management, indicates a complex, centrally controlled industrial production system.” They also zeroed in on a “a robust supply chain [of chemical weapons precursors] extending from Turkey, through Syria, to Mosul.”

The reason for such attention to detail, the authors write, must “be viewed within the framework of IS forces’ political aspirations—notably efforts by the group to instil confidence among its fighters in its capacity as a ‘state’ administration.” Read the full report, here (PDF).

“Production line of death.” AFP reports this morning on Iraqi troops that have “factories churning out tens of thousands of munitions and an entire street turned into a conveyor belt for car bombs” in their march on Mosul. It’s a pattern that’s repeated itself across many villages and towns retaken by Baghdad’s troops. More here.

ISIS released its second video featuring British hostage John Cantlie on Wednesday. But SITE Intelligence’s Rita Katz says it appears the video was filmed prior to last week’s December 7 release, making now the fourth video of 2016 putting Cantlie in the city of Mosul.

Emoluments Watch: Earlier this week, just before meeting with Kanye West, Trump cancelled a press conference at which he promised to discuss plans to separate himself from his business interests. How’s that going? Newsweek adds it up: “Donald Trump hasn’t been sworn in yet, but he is already making decisions and issuing statements to world leaders that radically depart from American foreign policy, all to the benefit of his family’s corporate empire. Because of this, the next president of the United States is already vulnerable to undue influence by other nations, including through bribery and even blackmail.” Read on, here.

Did Russia Hack the RNC Too? Here’s What We Know So Far // Patrick Tucker: Republican lawmakers and affiliated political organizations were targeted by the same Russian group that hit the DNC.

Boeing to Move Defense Headquarters from St. Louis to DC // Marcus Weisgerber: The move is the latest in the company’s year of restructuring, which has brought in a host of new leaders.

Welcome to the Dec. 14 edition of The D Brief by Ben Watson and Bradley Peniston. On this day in 1812, Russia expelled the last bits of France’s Grande Armée. (Send your friends this link: http://get.defenseone.com/d-brief/. And let us know your news: the-d-brief@defenseone.com.)

Rick Perry tapped to run Energy Department. Dubbed “Governor Oops” after he tried and failed to mention the department as one of three he wanted to axe, Perry has few visible qualifications to run America’s main nuclear-weapons agency. Jeffrey Lewis, aka Arms Control Wonk: “Perry’s appointment says a lot about how Trump values – or doesn’t – expertise in a world of complicated threats, chief among them the spread of nuclear weapons. Once upon a time, it was normal to stash an ex-pol at Energy. By that old standard Perry is better qualified than most. But as the spread of nuclear weapons looms larger, we’ve come to value having a Secretary of Energy with real technical chops.” Reminder: The current one has a physics Ph.D and his predecessor has a Nobel Prize. Read on at The Daily Beast, here.

So, what’s still open? Major posts include the directors of National Intelligence and the National Security Agency. Here are two nifty round-ups of who’s been tapped, and what positions still remain vacant: one from Associated Press and another from Quartz.

Mike Flynn “inappropriately shared” secrets with foreign military officers without permission. A 2010 Army investigation found that Trump’s future national security advisor showed foreign military officers information without proper approval, according to documents obtained via FOIA by the Washington Post. The service did not discipline or reprimand him, finding that he did not do it “knowingly” and “there was no actual or potential damage to national security as a result.” Flynn has acknowledged sharing the material but “dismissed the case as insignificant and has given few details,” the Post reports. Read on, here.

The U.S. has halted some arms sales to Saudi Arabia, citing concern over the accuracy of bombs dropped during its U.S.-backed war in Yemen, “which has killed more than 10,000 people and sparked humanitarian crises, including chronic food shortages, in the poorest country in the Middle East,” Reuters reported Tuesday.

“We’ve decided not to move forward with some foreign military sales cases for air-dropped munitions, PGMs (precision-guided munitions). That’s obviously a direct reflection of the concerns that we have about Saudi strikes that have resulted in civilian casualties,” an unnamed official said.

Adds The New York Times: Tuesday’s decision concerns “the sale by Raytheon of about 16,000 guided munitions kits, which upgrade so-called dumb bombs to smart bombs that can more accurately hit targets. The kits, if purchased over the life of the proposed contract, are valued around $350 million.”

What’s more, “the White House is also cutting back on some intelligence sharing with Saudi Arabia, which administration officials acknowledge could potentially lead to even more civilian casualties. To try to prevent that, an administration official said that the United States would refocus training with the Saudi Air Force in how to better choose bombing targets.”

Saudi King Salman delivered a televised speech during a meeting with his advisory council this morning declaring “Yemen’s security is ‘the kingdom’s security’ and said that he will not permit anyone to interfere in Yemen’s affairs,” AP reports, noting he did not address Tuesday’s announcement from Washington. More here.

The U.S. will cooperate with China, “but we will be ready to confront when we must,” said PACOM’s Adm. Harry Harris during a speech this morning in Sydney. “We will not allow a shared domain to be closed down unilaterally no matter how many bases are built on artificial features in the South China Sea,” he said. “The U.S. fought its first war following our independence to ensure freedom of navigation. This is an enduring principle and one of the reasons our forces stand ready to fight tonight.” More here.

My, how far Star Wars has come. “Despite a spotty test record, the Ground-based Midcourse Defense system has kept its funding and is poised to grow. A key reason: Rust Belt jobs,” the LA Times’ David Willman reported in a large feature on the mega-project that has already cost taxpayers $40 billion. “The GMD system, which was declared operational in 2004, is designed to thwart a sneak nuclear attack by North Korea or Iran. It has performed poorly in test flights, failing to destroy mock enemy warheads about half the time — prompting many government and independent analysts to conclude that it cannot be relied on. But in New York state and the two other areas under study — military facilities in Ohio and Michigan — the issue is not whether GMD works. The issue is jobs.”

The key factor to watch in the months ahead: “GMD’s existing interceptors are at California’s Vandenberg Air Force Base and Ft. Greely, Alaska. Pentagon officials say they intend to announce their preferred site for a third installation in early 2017. The Trump administration and the Republican-controlled Congress are expected to approve the expansion… The economic desperation in Rust Belt areas of New York, Ohio and Michigan — discontent that helped power Donald Trump to the presidency — has also lent momentum to the push to expand the system.” More here.

#Longread: “The Once and Future Order; What Comes After Hegemony?” Writing in Foreign Affairs, Michael Mazarr argues that in the face of  increasing global entropy, “the instincts of many in Washington will be to attempt to restore a unified, U.S.-dominated system by confronting the rule breakers and aggressively promoting liberal values. This would be the wrong approach; in trying to hold the old order together, Washington could end up accelerating its dissolution. What the United States must learn to do instead is navigate and lead the more diversified, pluralistic system that is now materializing…” Read, here.

Lastly today—Trump isn’t the only planning to spend billions more on the military: “From Europe all the way to China, the next decade will be marked by an increase in global defense spending amid rising feuds and pockets of instability, according to IHS Jane’s latest annual Defense Budgets report,” Bloomberg reported Tuesday.

“Global defense expenditures rose to $1.57 trillion this year from $1.55 trillion in 2015 as Asian nations act on growing nervousness around the South China Sea… European Union members boosted their combined budget to $219 billion in 2016, with Western Europe leading the charge… Russia cut its budget for the first time since the late 1990s to $48 billion this year.”

And, of course, “At $622 billion in 2016, the U.S. is still the world leader in defense spending, with its budget accounting for about 40 percent of the global total, according to the report.” More here. 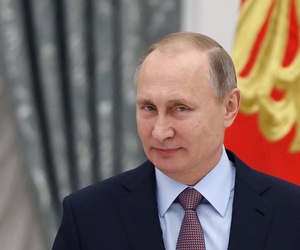 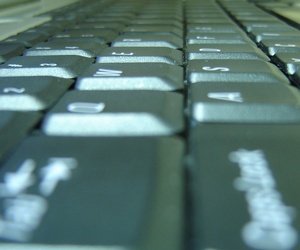 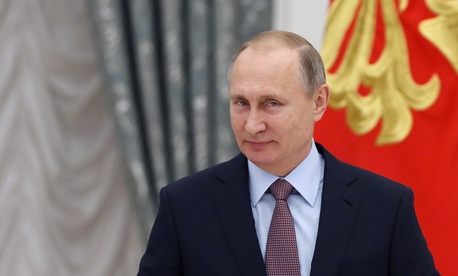 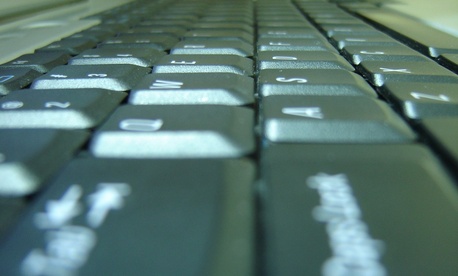