Istanbul attacker still on the loose. Turkish state media released a 44-second video of the suspected Islamic State gunman believed to have been behind the deaths of nearly 40 people at a nightclub on Sunday.

“The camera never leaves the man’s unsmiling face as he walks through Taksim square,” AP reports this morning. “Authorities haven’t publicly identified him… [but] At least 14 people have been detained in connection with the attack.”

Person of interest? “Hurriyet newspaper said that a woman identified by Turkish media as the wife of the massacre suspect has told police she didn’t know her husband was an IS member. The woman was detained in the central town of Konya as part of the investigation. Neither she nor her husband has been identified by name.”

AFP rolls up what’s believed to be known about this suspect in a short graphic, here; or you can read their take on the known-knowns, here.

After a two-week lull, Iraqi forces have continued their advance into Mosul. Residents, meanwhile, are getting out of the city any way they can—which now includes scaling wrecked bridges to escape by boat on the Tigris, Reuters reports.

Down south some, ISIS “on Monday claimed responsibility for three blasts in the Iraqi capital, two at hospitals and another in Sadr City, a predominantly Shiite Muslim neighborhood that is a frequent target of its attacks,” The Wall Street Journal reports. “In the Sadr City attack, day laborers gathered around a vehicle in front of a market before it was detonated, thinking the driver was looking to hire people.” As well, “Two additional unclaimed bombings also rocked the city, officials said. The five explosions wounded 49 people.”

The U.S. military wants to use “space weapons” against ISIS, USA Today’s Jim Michaels reported Monday: “Capabilities in those two areas are among the military’s most closely held secrets, and their use now generally requires approval at the highest levels of government. The military has the ability to use cyber weapons to shut down terrorist websites and disrupt communications, but it is cautious about authorizing such actions because of unanticipated effects beyond its intended targets, such as disrupting legitimate websites and servers.” More—though not a heckuva lot more—here.

In Syria, another day passes and another ceasefire is falling apart, the Washington Post reports: “Syrian rebels have suspended talks over peace negotiations scheduled for later this month, accusing pro-government forces of breaking a cease-fire intended to stem bloodshed ahead of the meeting.”

More on why this deal is crumbling: “In a statement published late Monday, 10 rebel factions said they were suspending talks relating to the Astana negotiations or any discussions related to the cease-fire ‘until it is fully implemented,’ citing ‘major and frequent violations’ in the rebel-held areas of Wadi Barada and Eastern Ghouta outside the Syrian capital. Wadi Barada is a strategically important valley that is home to springs upon which millions of people around Damascus rely for their drinking water. Despite the cease-fire, Syria’s air force has launched near-daily bombing raids on the area for the past two weeks, according to the Syrian Observatory for Human Rights monitoring group.”

The current takeaway (much like the old takeaway): “The deal’s shaky progress also underscores the fact that no single player can now fully deliver the government or the rebel side. While Russia has burnished its reputation as a mediator in weeks of talks with Turkey, it now appears unable to bring the Syrian government in line with the ceasefire.” More here.

The U.S. Navy’s CNO will be our guest for the next Defense One Leadership Briefing. Join us on Tues., Jan. 17, at 8:30 a.m. EST, as Chief of Naval Operations Adm. John Richardson talks with with Defense One Executive Editor Kevin Baron. What does the Navy really want in 2017, and what will Donald “rebuild the military” Trump do about it? Stay tuned for details.

Hacking Into Future Nuclear Weapons: The US Military’s Next Worry // Patrick Tucker: Warheads will be networked, and that presents unique challenges for the U.S. Air Force.

Is This the Accidental Mastermind in the DNC Hack? // Patrick Tucker: The White House’s new list of sanctioned Russians includes a young Moscow-based hacker, much to her professed surprise.

Global Conflicts to Watch in 2017 // Uri Friedman: The greatest unknown for U.S. interests in the world might be the United States itself.

The Key to Putin’s Cyber Power // Uri Friedman: The Russian president has both the capability and the intent to cause harm, says a former U.S. ambassador to Russia. And the threat won’t vanish once Donald Trump takes office.

What We Know About the Syrian Ceasefire Announced by Putin // Krishnadev Calamur: Russia and Turkey say Syrian government forces and rebels will begin a truce at midnight on December 30. Other details are thin.

Happy new year, and welcome to the Jan. 3 edition of The D Brief by Ben Watson and Bradley Peniston. On this day in 1777, the Continental Army under Gen. George Washington defeated British forces at the Battle of Princeton. (Enjoy the D Brief? Send your friends this link: http://get.defenseone.com/d-brief/. And let us know your news: the-d-brief@defenseone.com.)

Brookings’ Strobe Talbott: “Has our next commander-in-chief issued, 18 days before his Inaugration, a pledge that the U.S. will wage preemptive war against the DPRK?”

ICYMI: On Dec. 6, Sen. Lindsey Graham said he’d soon introduce an Authorization for the Use of Military Force to allow President Trump to prevent North Korea from building an ICBM.

Also: lots of background and analysis on NorK, hoisted from our archives, here.

Meanwhile, Trump and camp continue to deny U.S. intelligence consensus that Russia hacked the election. “I think we ought to get on with our lives. I think that computers have complicated lives very greatly. The whole age of computer has made it so that no one knows exactly what’s going on.” the next commander-in-chief told a reporter Dec. 28 in Florida. Via Politico’s Eric Geller.

Emoluments Watch: Trump has yet to place into a blind trust, or otherwise explain, how he intends to divest himself of his foreign business interests. ICYMI: Here’s our list.

The Taliban’s new pals, Russia. “In its latest ploy to undermine NATO, Russia is urging cooperation with the Afghan extremists even as their ties to al Qaeda grow deep,” Long War Journal’s Thomas Joscelyn writes in The Daily Beast. “Last week, Moscow hosted Chinese and Pakistani emissaries to discuss the war. Tellingly, no Afghan officials were invited. However, the trio of nations urged the world to be ‘flexible’ in dealing with the Taliban, which remains the Afghan government’s most dangerous foe. Russia even argued that the Taliban is a necessary bulwark in the war against the so-called Islamic State.”

Russia’s argument “hinges on the idea that ISIS is a ‘global’ force to be reckoned with, while the Taliban is just a ‘local’ nuisance.”

The problem with this approach is that the Taliban’s own messaging (as recently as early December) paints the war in Afghanistan as “part of the global jihadist conflict,” Joscelyn goes on to explain at length.

His parting shot: “Here’s one thing the Trump administration should do right away: Make it clear that the Taliban and al Qaeda remain our enemies in Afghanistan.” More here.

Russia is also seen as blocking a peace deal in Afghanistan, WSJ reports this morning. Blocking how? By “hindering the removal of one of Afghanistan’s most notorious warlords from a United Nations sanctions list,” Gulbuddin Hekmatyar, head of the Islamist political and militant group Hezb-e Islami. The gist: “The U.S. and the North Atlantic Treaty Organization hailed the agreement reached in September between the Afghan government and Hezb-e Islami… Under terms of the deal, the Afghan government asked the U.N. in December to take Mr. Hekmatyar off its list of those subject to international sanctions for ties to al Qaeda. During the 10-day period for member states to respond, Russia said it needed more time to consider the request. According to U.N. rules, it has up to six months to provide reasoning for its opposition. Russian Foreign Ministry spokeswoman Maria Zakharova said on Monday that Moscow had put the delisting on hold but hadn’t blocked it. She didn’t explain why Russia needed more time to consider the move.” More here.

In Eastern Europe, Baltic countries are beefing up on their citizens’ self-defense while they await an uncertain White House relationship with NATO, WSJ reports. “Last month, Poland’s senate approved a 50,000-volunteer territorial defense force that will start recruiting in January. Latvia and Lithuania have expanded their own home-front militias, formed in 1991 after the two left the Soviet Union.” More here.

Elsewhere in the region, “Dozens of United States Special Operations forces are now in the Baltics to bolster the training and resolve of troops who are confronting a looming threat from Russia, and to enhance the Americans’ ability to detect Moscow’s shadowy efforts to destabilize the former Soviet republics,” The New York Times reported Sunday from Lithuania.

This spring, the U.S. and NATO “will send battalions of 800 to 1,200 troops to each of the three Baltic States and Poland… The deployment of about a dozen American Special Operations forces to each of the Baltic States is a piece of the larger allied military strategy to deter any future Russian aggression. Embedded with their Baltic counterparts, the American commandos augment intelligence-gathering and other assessments by the Central Intelligence Agency and American diplomats on the threat posed by Russian activities.” Read the rest, here.

Listed: 13 developments that defined 2016. As described and judged by the Atlantic Council’s Ali Wyne: “#1: The Taliban continued its comeback in Afghanistan… #2: North Korea’s nuclear progress accelerated…” Read the rest at War on the Rocks, here. 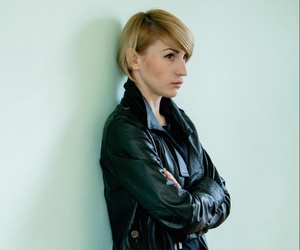 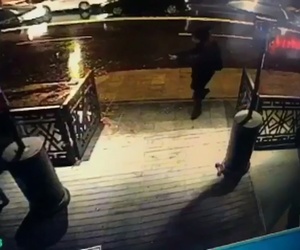 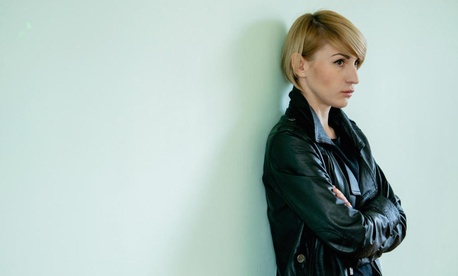 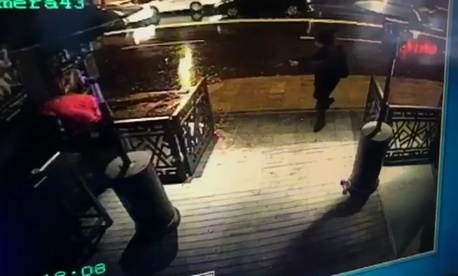