These sentiments run against the grain of Trump’s frequently asserted desires for friendlier relations with Russia, and his stance that alliance members must pay up or risk losing American protection. Read on, here.

Mattis, who also told lawmakers at his Senate confirmation hearing on Thursday that the U.S. must honor the “imperfect” Iran nuclear deal, was not alone among the president-elect’s national-security picks in contradicting his future boss.

PEOTUS’ reaction? “Trump indicated in a tweet Friday morning that he is unconcerned about the contradictions. “All of my Cabinet nominee are looking good and doing a great job,” Trump wrote. “I want them to be themselves and express their own thoughts, not mine!” WaPo, here.

And the Senate’s vote later in the day to approve a waiver for the retired general to serve as head of the military indicates that Mattis has a clear path to the secretary’s office.

Answers to four questions about Trump, Russia, and the Obama administration, WaPo’s David Ignatius writes, would “clear the haze of allegation and recrimination that surrounds President-elect Donald Trump and our intelligence agencies a week before his inauguration.” Q1, of course, is: “Did Trump’s campaign encourage Russia’s alleged hacking to hurt his rival Hillary Clinton and help him, and does Russia have any leverage over him?” Read on for the rest, here.

Drones of ISIS are crowding the Mosul skies. We are entering day six of unprecedented consecutive coalition airstrikes on Islamic State drones or drone facilities. The group is launching an ever-wider assortment of deadly drones, even as more than a half-dozen of their UAV factories in and around Mosul come under heavy attack.

Grenade launchers, kamikaze bombers, flying decoys, eyes-in-the-sky, and soapbox-derby dinosaurs are just some of the different kinds of ISIS-made drones noted by Defense One’s Ben Watson, with a little help from CENTCOM and open source reports from the region. Read the full report, here.

Meantime, Iraqi troops have reached another of Mosul’s bridges (the second, called “Freedom Bridge”) while other troops are clearing ISIS from Mosul University, Reuters and AP report. The new push into the university extends a “milestone” advance Thursday that found Iraqi army and special forces linked their northern and eastern approaches in al-Habdaa, the (Obama) White House’s envoy for the ISIS war, Brett McGurk, said.

Reuters: “Bulldozers smashed through a wall surrounding the campus and dozens of CTS troops sprinted through carrying rocket-propelled grenade launchers” this morning.

AP: “The troops entered the university grounds in the morning hours and by afternoon, they had taken control of a neighborhood on the northeastern edge of the university compound and the technical institute within the campus… Iraqi special forces Lt. Gen. Abdul-Wahab al-Saadi told the AP it was unclear if the complex was still being used as an IS base… Earlier this month, Iraqi forces retook a hospital that had been converted into an IS base. Regardless, al-Saadi said retaking the university would be a major symbolic victory in the fight for Mosul.”

For what it’s worth, “Iraqi forces have now reached Mosul’s two southernmost bridges, having battled their way to the 4th Bridge several days ago,” Reuters reports.

Along the way, the ISF are still finding some unique artifacts left behind by fleeing ISIS fighters, including this pretty remarkable improvised sniper rifle. More from the ISIS fight and Syria below the fold.

The Drones of ISIS // Ben Watson: Islamic State fighters are launching an ever-wider assortment of deadly drones, even as their UAV factories come under heavy attack.

Obama and Eisenhower, Two Legacies In Arms // Derek Chollet: On national security, the most illuminating presidential comparison is the one Obama most often made of himself. Barack likes Ike.

Trump’s Cyber-Appeasement Policy Might Encourage More Hacks // The Atlantic’s Kaveh Waddell: Casting doubt on security experts’ ability to identify the culprits behind cyberattacks could make it hard to deter the next one.

Welcome to the Jan. 13 edition of The D Brief by Ben Watson and Bradley Peniston. On this day in 1991, Soviet troops killed 14 Lithuanians and injured scores more who had surrounded a pro-independence radio and television station in Vilnius. (Enjoy the D Brief? Send your friends this link: http://get.defenseone.com/d-brief/. And let us know your news: the-d-brief@defenseone.com.)

We turn to Syria now, where outside of Damascus overnight, a series of what appeared to be missile strikes (alleged video here) caused multiple explosions in an attack on an airbase that the Syrian army said was carried out by Israeli jets, multiple news agencies reported Thursday evening.

“In a desperate attempt to support terrorist organisations, Israeli enemy aircraft launched missiles from the north of Lake Tiberias (the Sea of Galilee) at 00:25 am (2225 GMT Thursday),” state-run SANA news agency reported.

One of Agence France-Presse’s correspondents “heard several explosions and saw a large fire inside the Mazzeh airbase on the western outskirts of Damascus, with smoke ​visible across the capital,” AFP reported. “The Syrian Observatory for Human Rights, a British-based monitoring group, said there had been eight blasts around the base as missiles hit ammunition warehouses.”

Syria reportedly sent two angry letters to the UN in response to the overnight strikes. They read, in part: “The new Israeli missile attack on Mezzeh military airport west of Damascus comes within a long series of Israeli attacks since the beginning of the terrorist war on the sovereignty, territorial integrity and independence of Syria which has been planned in the Israeli, French and British intelligence agencies and their agents in Saudi Arabia, Turkey, Qatar and other countries that wanted to impose control and hegemony on Syria and the region.” More here.

Nearby, regime troops and Hezbollah fighters captured a formerly rebel-held village (Basima) near Damascus this morning that was home to key water resources for the country’s capital city, AP reports. “Syrian troops have been on the offensive in the Barada Valley region since Dec. 22, leading to major water cuts in Damascus… The fighting has been ongoing in the Barada Valley region despite a cease-fire brokered by Russia and Turkey on Dec. 30.”

Turkey has reportedly invited the U.S. to the next phase of negotiations on Syria’s future, to be held in Kazakhstan on January 23. “The United States should be definitely invited, and that is what we agreed with Russia,” Turkish Foreign Minister Mevlut Cavusoglu said Thursday. “Nobody can ignore the role of the United States. And this is a principled position of Turkey.”

The Russian reax: “I cannot say anything about this for now,” Kremlin spokesman Dmitry Peskov said. More from AFP, here.

Obama relaxes limits on NSA info-sharing. New York Times: “The new rules significantly relax longstanding limits on what the N.S.A. may do with the information gathered by its most powerful surveillance operations, which are largely unregulated by American wiretapping laws….Essentially, the government is reducing the risk that the N.S.A. will fail to recognize that a piece of information would be valuable to another agency, but increasing the risk that officials will see private information about innocent people.” Read on, here.

Lastly this week: Task & Purpose brings us the story of a young woman born into a prison in Siberia when everyone stateside was worrying about the Y2K bug. Her name is Maria Daume, she’s 18 years old, and she’s soon headed to the U.S. Marine Corps’ School of Infantry. “Daume and her twin brother Nikolai were born while her mother was incarcerated and lived in the prison with her for two years until their mother’s death. They were moved to an orphanage in Moscow for two more years before the twins were adopted by an American family living in Long Island, New York… Daume is one of four female Marines who will graduate from Parris Island on Jan. 13 with a contract into infantry, making them among the first women to enlist into the career field. After the graduation ceremony and block leave, she and three other female Marines will begin infantry training,” T&P writes.

“I want to fight ISIS,” said Daume. “Even though everybody in the military fights, I want to be a grunt. I think everything about it is for me, and I want to prove that females can do it.” Read the rest of her story, here. And have a great weekend, gang. We’ll see you again on Tuesday! 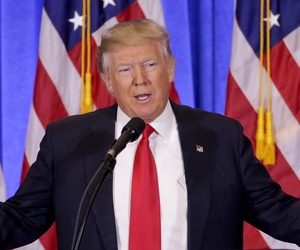 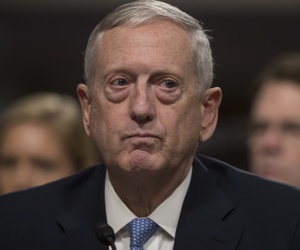 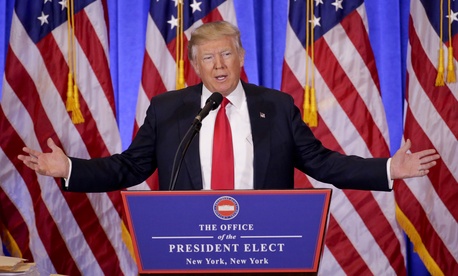 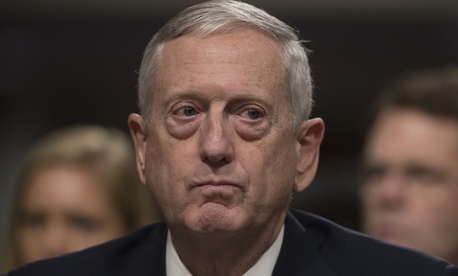