NATO joins the anti-ISIS coalition. Opening this year’s summit for member heads of state, NATO Secretary-General Jens Stoltenberg said the alliance would formally join the U.S.-led effort to fight the terror group in Iraq and Syria. “This will send a strong political message of NATO’s commitment to the fight against terrorism,” Stoltenberg said. The move is also a message of conciliation to President Donald Trump, who is joining an alliance meeting for the first time.

What does it mean, practically speaking? NYTs’ Steven Erlanger: “NATO has had a small mission in Iraq to train soldiers there and will enhance it, but will much change now that it has agreed to formally join the coalition? Probably not.”

Earlier, Trump met with EU President Donald Tusk. NYT: “‘Some issues remained open, like climate and trade,’ Mr. Tusk said shortly after the meeting at European Union headquarters here. ‘And I am not 100 percent sure that we can say today — “we” means Mr. President and myself — that we have a common position, common opinion, about Russia.’”

Tweeted NYT’s Max Fisher: “Europe trip not off to a great start with a massive reassurance breakdown on the single largest security issue.”

Don’t expect the issue to get hammered out during the NATO discussions, reports Buzzfeed: “The alliance is so anxious about pleasing the US president that it tailored its first major meeting with him around topics that touch on his long-standing criticisms of the 28-member organization rather than the Kremlin’s latest provocations.”

Today: “Trump is expected to finally endorse Article 5 in his remarks in Brussels on Thursday, after having implied that the commitment was conditional on whether allies paid more for their own defense.” That’s from The Atlantic, here.

The NYT is live-blogging the summit, more or less; you can follow along here.

And back home: “American spies collected information last summer revealing that senior Russian intelligence and political officials were discussing how to exert influence over Donald J. Trump through his advisers, according to three current and former American officials familiar with the intelligence.” NYT, here.

Course Change: The US Air Force Now Wants to Keep the A-10, U-2, and F-15C // Marcus Weisgerber: In a reversal, the service will not retire three Cold War-era planes still making an impact on the battlefield.

Let’s Not Kid Ourselves, India Will Not Win a War Against Pakistan // Raghu Raman: The reasons are many, including China’s help accelerating Pakistan’s nuclear technology, missile systems, and cyber and drone warfare capabilities.

Here’s How the Trump Budget Treats Cyber Defense // Joseph Marks: The budget hikes some cyber spending at DHS and FBI but cuts research and development.

The Manchester Attack and the Difficulty of Prevention // Henry Wilkins: What does it mean that the bomber was ‘known to security services?’

Welcome to Thursday’s edition of The D Brief by Ben Watson and Bradley Peniston. #OTD1961: President John F. Kennedy pledges to put a man on the moon. Got tips? Email us at the-d-brief@defenseone.com. (And if you’re reading this on our website, consider subscribing. It’s free.)

The U.S. Navy’s first freedom of navigation operation of the Trump era has just concluded, The Wall Street Journal reported Wednesday evening, writing it’s the first such action by the U.S. Navy since October 21. The guided-missile destroyer USS Dewey sailed within 12 miles of the artificial island, Mischief Reef, in the Spratly Island chain, the Navy said in a statement. The Journal reminds readers that President Trump has already declined as many as three previous Navy requests to conduct these FONOPs in the South China Sea since he took office.

For a bit of legal and historical context, Reuters writes, “Previous freedom of navigation operations have gone within 12 nautical miles of Subi and Fiery Cross reefs, two other features in the Spratlys built up by China, but both of those features are entitled to a territorial sea. Mischief Reef was not entitled to a territorial sea as it was underwater at high tide before it was built up by China and was not close enough to another feature entitled to such a territorial sea,” said U.S.-based South China Sea expert Greg Poling of the Center for Strategic and International Studies.

The key question, Poling said, “was whether the U.S. warship had engaged in a real challenge to the Chinese claims by turning on radar or launching a helicopter or boat—actions not permitted in a territorial sea under international law. Otherwise, critics say, the operation would have resembled what is known as ‘innocent passage’ and could have reinforced rather than challenged China’s claim to a territorial limit around the reef.”

China wasn’t too happy about any of it, according to CNN. “China’s Defense Ministry said Thursday two Chinese frigates had ‘warned and dispelled’ the USS Dewey after had entered its waters ‘without permission.’”

Defense ministry reax: “The U.S. side’s errant ways have caused damage to the improving situation in the South China Sea, and are not conducive to peace and stability…We firmly opposed to the US behavior of showing force and boosting regional militarization, and have made solemn representation to the US side.”

For what it’s worth, Davis told CNN in early May “all future freedom of navigation operations would not be widely advertised as they had been under the Obama Administration. Instead, they would only be released publicly in an annual report.” More from CNN, here.

Get to better know Mischief Reef and region around it via two links from the folks at the Center for Strategic Studies’ Asia Maritime Transparency Initiative, which (1) break down each of the islands in the SCS with satellite imagery and updated trackers of acreage reclaimed in the disputed waters, and (2) weigh the costs and benefits of a FONOP near Mischief Reef—with that analysis drafted back in November.

Allegedly leaked portions of the ongoing British investigation into the Manchester attack this week have led UK officials to cease intelligence-sharing with the U.S.,  citing leaks by U.S. officials, the BBC and Associated Press report this morning.

BBC: “UK officials were outraged when photos appearing to show debris from the attack appeared in the New York Times. It came after the name of bomber Salman Abedi was leaked to US media just hours after the attack, which left 22 dead. Theresa May said she would tell Donald Trump at a Nato meeting that shared intelligence ‘must remain secure.’”

AP: “British police and security services were also upset that Abedi’s name was apparently leaked by U.S. officials and published while British police were withholding it — and while raids were underway in Manchester and in Libya, where the bomber’s father lives.”

The Manchester police issued a statement Wednesday about the leaks, saying, “When the trust is breached it undermines these relationships, and undermines our investigations and the confidence of victims, witnesses and their family. This damage is even greater when it involves unauthorized disclosure of potential evidence in the middle of a major counter terrorism investigation.”

Canada’s Prime Minister Justin Trudeau is out early with a warning against curbing intel-sharing between allies, AP reports separately this morning.

And the article caused some of Wednesday’s uproar: This photo-packed report from The New York Times, whose former Marine officer, C.J. Chivers, learned three noteworthy items were photographed by investigators at the Manchester crime scene: a detonator, shrapnel, and a battery. After reviewing the photos, Chivers writes, “All of these are indicators of a powerful, high-velocity charge, and of a bomb in which its shrapnel was carefully and evenly packed.” Read on, here.

As far as what officials will speak about, AP reports that British police have detained eight individuals so far, and “have swooped in on multiple addresses in the northwestern city since Tuesday and those arrested include bomber Salman Abedi’s brother Ismail.”

And other loose ends reported from the investigation include German magazine, Focus, which “reported that British police informed their German counterparts that Abedi had received paramilitary training in Syria,” AP writes. “It also said he passed through Duesseldorf airport four days before the concert attack. Citing unnamed federal security sources, Focus reported that Salman Abedi twice flew from a German airport in recent years and wasn’t on any international watch list…Focus reported that German authorities are now trying to determine whether Abedi had contact with Islamic extremists in Germany before flying to Manchester last week. It says he previously flew from Frankfurt to Britain in 2015.”

Adds AP, “A German security official told the AP on Thursday the report was accurate.” More from AP, here.

The situation: “Sessions, who met with Russian Ambassador Sergey Kislyak at least two times last year, didn’t note those interactions on the form, which requires him to list ‘any contact’ he or his family had with a ‘foreign government’ or its ‘representatives’ over the past seven years, officials said.”

The excuse given by the Department of Justice didn’t exactly pass the smell test for two prominent national security lawyers, Bradley Moss and Mark Zaid. That excuse: Staffers—not Sessions—omitted mention of the Russian meetings on the advice of the FBI. And, allegedly, not once, but twice. If true, it begins to raise concerns over who at the FBI passed along this advice.

As anyone who has ever filled one of these forms out knows, it is quite serious business. Before filling turning it in for the U.S. Army nearly a decade ago, one of your D Brief-ers was counseled, “If you stabbed the Pope at some point in your past, just be honest about it. You may not be the type to stab the Pope now, but if you did, they’d better at least read about it in the SF-86.”

Said Moss: “While staffers can fill out the form, [Sessions] is responsible for its contents, just like with tax returns. Can’t pass responsibility.” Read more from the Washington Post, here. 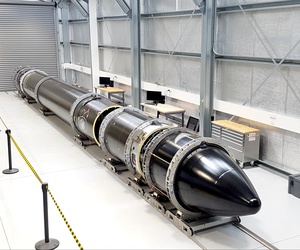 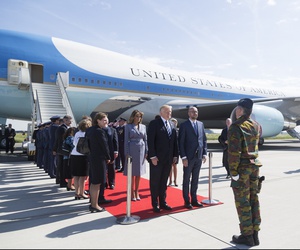 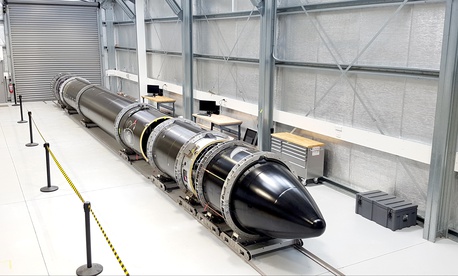 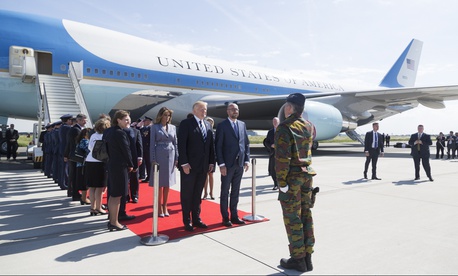