ISIS claims coordinated attacks in Iran’s capital that have left at least a dozen dead. Suicide bombers and gunmen stormed two locations, the parliament building and the Mausoleum of Ayatollah Khomeini, in what Buzzfeed wrote “appeared to be a coordinated twin terror attack on high-profile symbols of Iranian power and history.”

CNN called it “one of the most audacious assaults to hit Tehran in decades.”

What we know: “At least 12 people were reported killed in the two attacks, one on a heavily guarded government compound in the Tehran’s central business district and another some 20 miles away on the city’s southern outskirts,” according to Buzzfeed. “Iranian state news agencies said all the assailants — at least seven and including three women — were killed in gunfire with security forces or detonated themselves.”

Reuters reports the parliament attackers were dressed as women. One was shot and the other detonated a suicide vest. As well, “The Intelligence Ministry said security forces had arrested another ‘terrorist team’ planning a third attack, without giving further details.”

ISIS released a video claiming responsibility—the second time their attackers have done so in the middle of the event. The video appears “to show gunmen inside the parliament building and one man, who appeared wounded, on the floor,” Reuters writes.

Quick hit: Here are four reasons why an ISIS attack against Iran “makes sense in the same way that attacking the U.S. made sense to al-Qaeda,” according to terrorism scholar Charlie Winter.

Consider as well: Due to the high-profile location of the two sites, an operation “like this takes weeks, maybe months to organize,” said Buzzfeed’s Borzou Daragahi. “Absurd to think it was linked to Saudi spat with Qatar. Obviously timed to Ramadan.”

And one more thing: “France, Germany, Turkey & US should be on notice [with] 18 days to go til end of Ramadan.”

Also in France on Tuesday, police shot and captured a hammer-wielding attacker outside the Notre Dame cathedral in Paris—but not before he injured (non-critically) a 22-year-old police officer. This morning investigators say the attacker, a 40-year-old man, pledged allegiance to ISIS in a pre-assault video, AFP reports.

Pentagon: Beijing Is Arming Its Manmade Islands in South China Sea // Marcus Weisgerber: With its reef expansion apparently finishing up, China is working to extend the reach of its military power.

European Battle Groups May Finally Get the Funding to Fight // Caroline Houck: The decade-old rapid-response groups have never been deployed due to political — and financial — considerations.

Did Trump’s Riyadh Visit Trigger the GCC Flare-up? // Gerald Feierstein: Both the United States and the members of the Gulf Cooperation Council have an interest in a quick political resolution to this crisis.

The Trouble With How Liberals Talk About Terrorism // Uri Friedman: So what if falling objects kill more people? It’s not just about the death toll.

Russian Fighter Jet Intercepts a B-52 Over the Baltic Sea // Patrick Tucker: A tense exchange near Russia’s border as European Command-led exercises get underway.

Welcome to Wednesday’s edition of The D Brief by Ben Watson and Bradley Peniston. #OTD1942: USS Yorktown succumbs to damage, the last ship sunk in the Battle of Midway. Got tips? Email us at the-d-brief@defenseone.com—unless you’re a new NSA contractor. (And if you’re reading this on our website, consider subscribing. It’s free.)

Counter-ISIS coalition jets hit pro-Assad forces again in southern Syria on Tuesday—the second time in almost three weeks—taking out “two artillery pieces, an anti-aircraft weapon, and damaging a tank,” according to CENTCOM, which pushed out a statement Tuesday shortly after the encounter. That’s out of an approaching force allegedly containing “a tank, artillery, anti-aircraft weapons, armed technical vehicles and more than 60 soldiers posing a threat to Coalition and partner forces based at the At Tanf Garrison.”

And today, that “pro-Assad alliance” is refusing to back down and behind the “de-confliction line” the U.S. alleges was breached Tuesday, prompting the strike.

And what do we know about this pro-Assad alliance and their statement this morning? Here’s Reuters: “The threat came in a statement in the name of the ‘commander of the operations room of the forces allied to Syria,’ and was circulated by a military news unit run by the Lebanese group Hezbollah, one of Assad’s military allies. Assad’s allies also include Iran and Russia. The statement did not spell out whether Moscow was a signatory to it.”

The gist: “The Qatari government has said a May 23 news report on its Qatar News Agency attributed false remarks to the nation’s ruler that appeared friendly to Iran and Israel and questioned whether President Donald Trump would last in office. Qatari Foreign Minister Sheikh Mohammed Bin Abdulrahman al-Thani told CNN the FBI has confirmed the hack and the planting of fake news.”

What’s their jump? “Intelligence gathered by the US security agencies indicates that Russian hackers were behind the intrusion first reported by the Qatari government two weeks ago, US officials say,” CNN writes. “It’s not yet clear whether the US has tracked the hackers in the Qatar incident to Russian criminal organizations or to the Russian security services blamed for the US election hacks…A spokeswoman for the Qatari embassy in Washington said the investigation is ongoing and its results would be released publicly soon.”

The Russian reax: “Unfortunately, our colleagues from CNN again and again publish references to unnamed sources in unnamed agencies, etc, etc. These streams of information have no connection with the reality. It’s so far away from the reality. Fake is a fake,” said Kremlin spokesman Dmitry Peskov

Added the NYTs: “An American diplomat warned that there was a temptation to blame malicious acts on the Russian government before the evidence had been weighed. But the same diplomat noted that Russia had much to gain from divisions among Iran’s rivals in the region, particularly if they made it more difficult for the United States to use Qatar as a major base.”

For what it’s worth ($2.5 billion for Doha): It looks like Qatar perhaps unwittingly helped bail out Putin in 2016, The Wall Street Journal reports this morning.

In case you missed it, President Trump stepped into the debate with a series of tweets Tuesday appearing to take credit for the Qatari fallout.

Those tweets, “which a senior White House official said were not a result of any policy deliberation, sowed confusion about America’s strategy and its intentions toward a key military partner,” the New York Times reported.

Then, “On Tuesday evening, the president appeared to be trying to ease tensions. In a call with King Salman of Saudi Arabia, Mr. Trump said that unity among gulf nations was ‘critical to defeating terrorism and promoting regional stability,’ according to a White House statement.”

Meantime, the UAE has threatened “anyone publishing expressions of sympathy toward [Qatar] with up to 15 years in prison,” Reuters reports.

Just the beginning? “UAE Minister of State for Foreign Affairs Anwar Gargash also told Reuters there would be more curbs if necessary and said Qatar needed to make iron-clad commitments to change what critics say is a policy on funding militants.” That, here.

DNI Coats goes before the the Senate Intelligence Committee today. Something new for lawmakers to discuss, or not: anonymous officials told the Washington Post’s Adam Entous that back in March, President Trump asked newly-installed DNI Coats to intervene with then-FBI Director James Comey “to get the bureau to back off its focus on former national security adviser Michael Flynn in its Russia probe… After the encounter, Coats discussed the conversation with other officials and decided that intervening with Comey as Trump had suggested would be inappropriate, according to officials who spoke on condition of anonymity to discuss sensitive internal matters.” More, here.

Having trouble keeping up with the latest in the Trump-Russia investigation? Just Security offers a list of links to pieces from just the past day, here.

EU moves ahead with collective defense funding. “The European Union on Wednesday plans to announce €500 million ($563 million) in funding by 2020 for a new program to unify its fractured defense market and jointly develop advanced weapon systems.” That’s from the Wall Street Journal (paywalled, here).

We’ll let Defense One’s Caroline Houck take it from here: “EU member nations individually spent a total of 200 billion euros ($225 billion) on defense last year, but the union itself did not have a military budget. Then in November, the EU announced the European Defence Action Plan, one of its largest-ever defense investment plans. It is slated to increase gradually over the next few years, and could ultimately reach an annual 500 million euros for research and ten times that amount to help finance collective procurement of drone technologies, helicopters and other capabilities.” The EDAP “kicked off with 25 million euros in the EU budget for defense research in 2017. Tomorrow, the European Commission will introduce its proposal for the broader fund, and ‘people are quite optimistic’ about its implementation, said Sophia Besch, a research fellow at the Center for European Reform.”

The plan would also fund the EU’s rapid-response battle groups, which were created a decade ago but have never been deployed, in part because of lack of money. Read more, here. 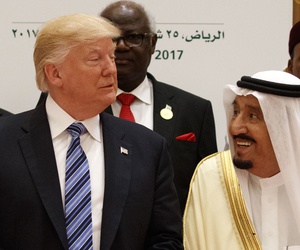 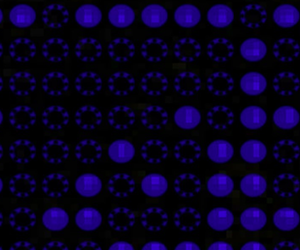 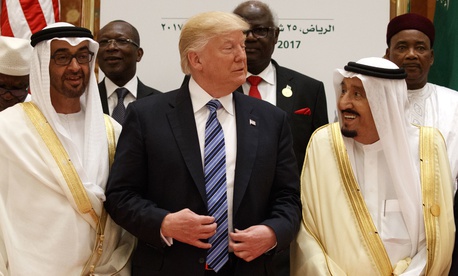 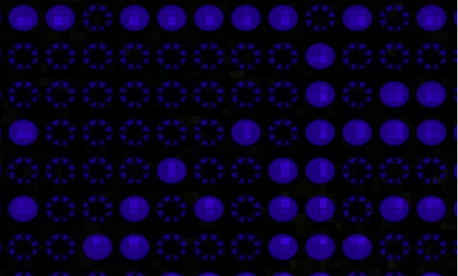