Correction: An earlier version of today’s D Brief misstated the status of 10 sailors missing after USS John S. McCain collided with a tanker off the coast of Singapore on Sunday.

Ten U.S. sailors are missing and five more injured from a U.S. Navy destroyer that collided with an oil tanker off Singapore. USS John S. McCain is pierside at Changi Naval Base, hours after a predawn collision with the much larger Alnic MC in some of the world’s most crowded waters. U.S. and Singapore helicopters are searching for the missing sailors. More from the Washington Post, here.

USNI News: Photos released by the Navy show “an oval indentation more than 20 feet wide and seven to eight feet high from the water line…in the port side of the destroyer.”

Said the U.S. Navy’s 7th Fleet in a statement: “Significant damage to the hull resulted in flooding to nearby compartments, including crew berthing, machinery, and communications rooms. Damage control efforts by the crew halted further flooding.”

It is at least the fourth collision by a U.S. Navy warship with another vessel in the past year and two days, after the destroyer Fitzgerald on June 17, the cruiser Lake Champlain on May 9, and the ballistic missile submarine Louisiana on Aug. 19, 2016.

Elsewhere: USS Indianapolis wreckage found, 72 years later. An expedition funded by billionaire Paul Allen has found the wreck of the the last major naval casualty of World War II. The ship was torpedoed after delivering an atomic bomb to Tinian Island. (A new generation was introduced to its tragic story when it was retold in “Jaws.”) Via USNI News, here.

What the Announced NSA-Cyber Command Split Means // Patrick Tucker: Cyberwar and cyber intelligence are diverging, as are Cyber Command and the NSA. Here’s what that means for the man who leads both entities, the future of signals intelligence collection, and cyberwarfare.

America Needs to Stay in Afghanistan // Vance Serchuk: ‘U.S. Afghan policy for 15 years has not been nation-building, but exit-seeking.’

At 7 Years Old, CYBERCOM Becomes a Full Combatant Command // Joseph Marks: An order by President Trump triggered its elevation from U.S. Strategic Command, which has been in the works for months.

It’s Time To Make Afghanistan Someone Else’s Problem // Barry Posen: A full withdrawal of U.S. forces will force Iran, Russia, and others, to step up.

Welcome to Monday’s edition of The D Brief by Ben Watson and Bradley Peniston. OTD1945: The “demon core” claims its first victim. Have something you want to share? Email us at the-d-brief@defenseone.com. (And if you’re reading this on our website, consider subscribing. It’s free.)

Afghan war goes prime time. President Trump will address the nation and its 16-year war in Afghanistan this evening from Fort Meyer, Va., at 9 p.m., EDT. The White House says the focus will stick to “a path forward for America’s engagement in Afghanistan and South Asia.”
Early reports suggest the president will send an additional roughly 4,000 American troops for training and counterterrorism. The New York Times reminds readers Defense Secretary James Mattis “received the authority in June to send as many as 3,900 troops to Afghanistan so that the United States military could expand its efforts to advise Afghan forces and support them with American artillery and airpower. But Mr. Mattis has refrained from building up the American force there until the Trump administration agreed on a broader strategy.”
After Friday’s meeting at Camp David on Afghanistan, Trump appears to be ready. “He wants to be the one to announce it to the American people,” Mattis said, according to CNN. “He now needs the weekend to collect his thoughts on how he’s going to explain it to the American people.”
Little more is known at this point. However, the Times adds, “Administration aides, under orders to let Mr. Trump announce the details, hinted that any American commitment to increase force levels would require steps by the Afghans, like doing more to fight corruption.” More, here.

Fewer U.S. troops for Korea war games. The Pentagon’s exercise Ulchi Freedom Guardian, a joint drill with South Korea extending through the end of the month, involves a steep reduction from last year, Stars and Stripes reported Friday. “About 17,500 U.S. servicemembers will participate, with about 3,000 coming from other countries. That’s a sharp decrease from the 25,000 U.S. servicemembers the U.S. military said joined the drills last year.”
Stripes notes this week’s drills are “the first major exercises since North Korea test-fired two intercontinental ballistic missiles last month.”
Mattis’s reax: The reduction is not due to North Korea; it’s about exercise objectives. “Right now there is a heavy emphasis on command post operations, so the integration of all the different efforts,” Mattis said, according to Reuters.
For what it’s worth: “Two reports [last] week made crucial mistakes about the DPRK’s rocket development,” nonproliferation expert Joshua Pollack explained over at NKNews. The reports: “an analysis by IISS Senior Fellow for Missile Defence Michael Elleman, plus a companion article in the New York Times, positing a connection between North Korea’s new and powerful rocket engines and Ukraine’s space-launch industry.” Pollack traces North Korea’s missile evolution, beginning in the 1970s before eventually making his way back to March 2017, here.

Happening this week: Defense Secretary Mattis goes to Ukraine, following stops in Jordan (today) and Turkey to discuss the war against ISIS, the Pentagon announced Friday.
Mattis’s stop in Kiev will mark the first for a U.S. defense secretary since Robert Gates — and this year it’s timed to coincide with Ukraine’s Independence Day on August 24, Military.com reports. The context: “[T]he United States is mulling giving Ukraine lethal weapons after Russia’s annexation of Crimea in 2014 and its ongoing incursion into Ukraine’s eastern border regions. The U.S. has given Ukraine’s military non-lethal supplies, including night-vision goggles, uniforms and surveillance equipment such as Raven RQ-11B Analog mini-drones. But U.S. officials worry — with seemingly endless breakouts of hostilities between pro-Russian separatists and Ukraine’s national guard — that the conflict will prolong without expanded support.” More here.

In Iraq, the offensive to retake ISIS-held Tal Afar began on Sunday. BBC reports this morning “the [Iraqi] army had ‘liberated’ five villages to the east of the city, while counter-terrorism forces advanced through two villages in the south west.”
Involved: “the Iraqi army, air force, Federal Police and the elite U.S.-trained Counter-Terrorism Service (CTS), who began encircling the city [last] Sunday,” Reuters reports. “The Shi’ite Popular Mobilization Forces (PMF), some of whom are trained and armed by Iran, confirmed they are also taking part in the battle.”
What lies ahead: “A senior Iraqi commander, who was once mayor of Tal Afar, estimates there to be between 1,500 and 2,000 militants and their family members left in the city” while “Anti-IS coalition forces estimate that between 50,000 and 100,000 civilians remain” there, too. More here.

GWOT memorial coming to Washington. President Trump signed a bill on Friday to begin the process for a new memorial in Washington, D.C.— the National Global War on Terrorism Memorial. And read more from ABC News, here.

Remember that story about a possible sonic weapon in Cuba? Let’s not jump to conclusions on exactly what it might have been, advises former CIA agent John Sipher, writing in Just Security. He goes down a list of surveillance countermeasures he was familiar with while in the agency to conclude, “The story emerging out of Cuba is simply not as bizarre as it might seem at first blush. It is unfortunately all too familiar to those who serve our country in hostile and risky environments.” More here.

ICYMI: “A historically important moment in the history of both war and the Internet” occurred last week, New America’s Peter Singer wrote on Twitter. What happened: “On August 15, 2017, the International Criminal Court issued the first ever arrest warrant entirely based on social media evidence,” open source sleuth Christiaan Triebert first noticed. Explains Triebert: “The charges accuse Al-Werfalli (alleged Al-Saiqa Brigade commander) of mass executions in/near Benghazi, #Libya, during Operation Dignity. Based on 7 incidents shown in 7 social media videos, Al-Werfalli is charged with murder as war crime under Art. 8(2)(c)(i) of Rome Statute.” He goes on to acknowledge the “potential perils to the promise of open source evidence, such as verification and weight of the evidence,” and encourages further reading on the topic, here and here. 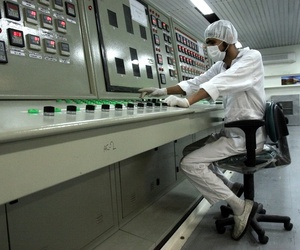 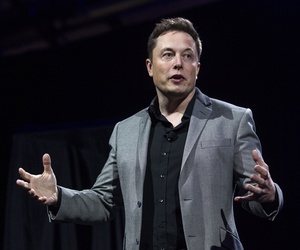 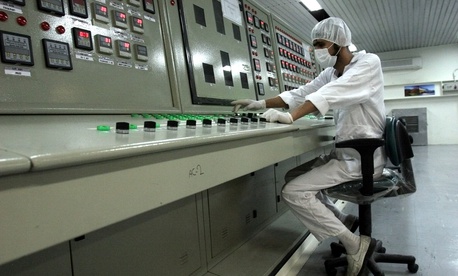 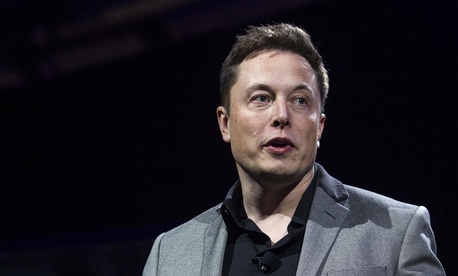