The UN wants to pause the U.S.-led offensive on ISIS-held Raqqa, Syria, the Washington Post reported Thursday. “Aid groups estimate that more than 16,000 people remain in the half of the city still controlled by Islamic State forces, many surviving on paltry supplies of food and little to no electricity… More than 270,000 people have fled the city since the coalition offensive began, and many of them are stuck in ramshackle camps in the Syrian desert,” the Post reports.

“Now is the time to think of possibilities, pauses or otherwise, that might facilitate the escape of civilians, knowing that Islamic State fighters are doing their absolute best to use them as human shields,” Jan Egeland, senior humanitarian adviser to the U.N. special envoy on Syria, told reporters in Geneva.

The U.S. State Department didn’t share that view, with Spokeswoman Heather Nauert saying any pause could allow ISIS “more time to build up its defenses and… reinforce [its] tactics of using civilians as human shields, putting even more civilians at risk.” Added Nauert, “There are no simple solutions in such a complex situation.” Story, here.

Why the battle for Tal Afar matters, by the BBC’s Joan Soley. “Tal Afar is a two hour drive from the Turkish border, and the main road from Mosul to Syria runs through the city. It is, in many ways, the perfect location — and the right time — for a perfect storm” that could “escalate tensions between Iraq, its ethnic Kurdish minority, Turkey and Syria.”

What to watch for: “Once Tal Afar has been recaptured, this menagerie of forces will face a tougher operation on a wider scale that could last for months,” Soley warns. “Simply pushing the IS extremists over the Syrian border from Iraq will not be enough - and is likely to add to the problem of IS in Syria - but there is little more than inaudible rumblings about how Iraqi forces will maintain security once they have retaken [other ISIS strongholds in Iraq, like] al-Qaim.” Continue reading, here.

No, USS McCain Probably Wasn’t Hacked. But What If It Was? // David Fidler: Amid the wild speculation that a foreign nation might have hacked a U.S. warship, it’s worth looking at the implications for international law.

How the U.S. Can Pressure Pakistan // Krishnadev Calamur: Can anything stop the South Asian nation’s support for militants?

Welcome to Friday’s edition of The D Brief by Ben Watson and Bradley Peniston. OTD1901: Nurse Clara Maass died of yellow fever, having volunteered to contract the disease to help the Army better understand it. Have something you want to share? Email us at the-d-brief@defenseone.com. (And if you’re reading this on our website, consider subscribing. It’s free.)

The U.S. wants South Korea to put up four more THAAD anti-missile launchers by Aug. 30, a lawmaker from Seoul told the Korea Times on Thursday — two days after PACOM’s Adm. Harry Harris, STRATCOM’s Gen. John Hyten and Missile Defense Agency Director, Lt. Gen. Samuel Greaves, visited the current THAAD site  “in Seongju, North Gyeongsang Province,” where two launchers are in place. “The remaining four have also been brought into the country. But they will need government approval to go into operation, which will depend on an environmental study concerning THAAD,” KT reports — but not before adding this caveat: “The Prime Minister’s Office denied the lawmaker’s claim.” Read on, here.

China is getting into swarm technology in a big way, the Financial Times reported Thursday. Their jump: a “June 11 demonstration… by China Electronics Technology Group, a state-owned high-tech company, [that] included 119 drones. That made it the world’s largest-ever swarm, according to CETC, breaking a US-held record.”
FT reports China “will spend at least $152bn this year on its military… betting that swarms of drones, low-tech hardware knitted together with high-tech artificial intelligence, will become a weapon of the future.”
For what it’s worth: “The US military operates about 7,000 drones. Analysts say there could be at least 1,300 currently in operation between the Chinese army and air force, although none have been used in offensive missions… Chinese leaders have trumpeted technological advances even as the country’s armed forces plan to shed 300,000 personnel by 2018, becoming more streamlined and combat-ready. Autonomously operating swarms would require far fewer active troops.” Read on, here.

Here’s the indictment of a Chinese man the feds blame for the 2014 OPM hack. Via Politico, the indictment lays out the case against Yu Pingan of Shanghai, China, who “was arrested in Los Angeles this week in connection with a computer hacking conspiracy involving malware linked to the 2014 US Office of Personnel Management (OPM) data breach.” The Aug. 21 indictment says “Yu collaborated with others, including two unnamed individuals who have not been charged, to acquire and use malware to facilitate cyberattacks against at least four unnamed US companies.” Full story at Gizmodo, here.

Cyber advisers resign. Nextgov: “More than one-quarter of a panel tasked with advising the Homeland Security Department on cybersecurity and infrastructure protection resigned en masse Monday, citing President Donald Trump’s “insufficient attention” to the nation’s cyber vulnerabilities, among other complaints.” The eight resigning members of the National Infrastructure Advisory Council cited Trump’s inaction on the digital security of election systems, his decision to withdraw from the Paris climate change agreement, his revocation of building standards related to flooding risk, and his failure to single out neo-Nazis and white supremacists for condemnation after Charlottesville. Read on, here.

We end this week highlighting several military-related journalism projects noted as finalists for awards later this year at the Online Journalism Association’s conference. Among them are:

The Fight for Falluja: An immersive 360-degree film by a New York Times reporter who took a special camera into the battles Iraqi forces endured to retake the city of Falluja from ISIS.

Return to Mosul: Two CNN journalists report from Mosul, where they came under fire when the Iraqi special forces unit they were covering was ambushed and besieged for 28 hours.

Toxic Armories: The Oregonian discovered that dangerous levels of lead — the result of decades of small-arms target practice — had built up in National Guard armories around the country, threatening the health of Guardsmen and the thousands of community members who rented halls for wedding and other events. The Guard has since closed many of the armories for cleanup. 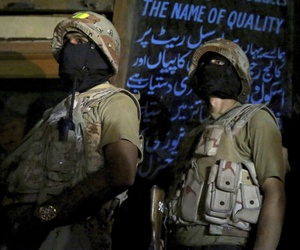 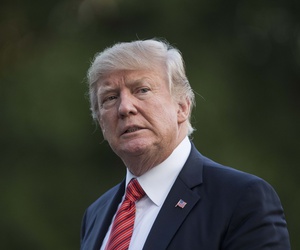 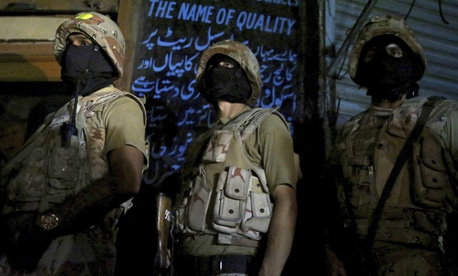 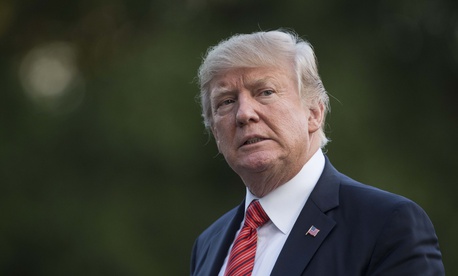