Here’s what three carrier strike groups look like beside each other in the Sea of Japan. The flattops involved: the USS Ronald Reagan (CVN 76), USS Theodore Roosevelt (CVN 71) and USS Nimitz (CVN 68).

There are around “200 jet fighters in total” on board those three carriers, The Wall Street Journal reports. The objective: a proof of concept for “stag[ing] indefinite large-scale round-the-clock offensives,” U.S. officials said. “During one drill on the USS Ronald Reagan on Saturday, 26 fighters were launched at a rate of almost three a minute, fired from four catapults embedded in the ship’s deck. In another exercise, fighters from two carriers joined with aircraft from two bases in Japan in a simulated attack drill.” More (paywall alert), here.

Fleet strain: But the effort needed to make it happen underscores deeper troubles, Vice Adm. Mike Shoemaker, commander of Naval Air Forces, told lawmakers on Friday: “This included pulling aircraft from the fleet replacement squadrons, where our focus should be on training new aviators. That strike fighter inventory management, or shell game, leaves non-deployed squadrons well below the number of jets required to keep aviators proficient and progressing toward their career qualifications and milestones, with detrimental impacts to both retention and future experience levels.” Via WashEx’s Daily on Defense, here.

Afterward, the “USS Nimitz then will proceed home to Washington State following a deployment to the Persian Gulf which included flying strike missions against ISIS,” Fox News reports. “USS Theodore Roosevelt then will head to the Persian Gulf. USS Reagan, based in Japan, will continue operations in the area.”

New this morning: A North Korean soldier defected to the South — but not before being shot in his elbow and shoulder, Reuters reports. “The soldier was found on the south side of the border village of Panmunjom, about 50 meters south of the Military Demarcation Line,” the first defection since June. More here.

Trump’s Asia trip goes off-script. After relatively innocuous visits to Japan and South Korea, President Trump was feted in China with a military parade and state dinner in which he lavished compliments on Chinese leader Xi Jingping and talked about a blossoming friendship — an abrupt U-turn from the fiery “China is raping the U.S.” rhetoric of his campaign.

Washington Post’s Adam Taylor wrote, “Trump was bizarrely deferential to President Xi Jinping, with the American president lavishing personal — and unreciprocated — praise upon his counterpart. It was a remarkable approach for a president who has so frequently talked tough on China, as well as a contrast to Trump’s condescending treatment of Abe, the ally whom Trump belittled a number of times during his time in Japan.”

On North Korea: Tweeting insults for the first time in a week, Trump called Kim Jong-un “short and fat.”

Moving on to Vietnam, Trump met with Russian leader Vladimir Putin. When reporters asked him about it later, the U.S. president reported that his Russian counterpart had denied meddling in last year’s U.S. election, and that Trump believes him. NYT, here.

This, of course, contradicts what America’s own intelligence community has concluded, and former CIA director James Brennan, among others, spoke out about it. Via CNN: “I think he’s giving Putin a pass,” Brenna told Jake Tapper. “I think it demonstrates to Mr. Putin that Donald Trump can be played by foreign leaders who are going to appeal to his ego and to try to play upon his insecurities, which is very, very worrisome from a national security standpoint.”

TPP lives. Meanwhile, the nations still pursuing the Trans-Pacific Partnership trade deal chose the moment to announce that they have “agreed in principle” on a way to move forward without the United States. CNBC, here.

And earlier today: Trump met with the Philippines leader Rodrigo Dueterte. In a joint speech, reports UPI, “Trump made no mention of Dueterte’s human rights record, including the slew of extrajudicial killings in the Philippines’ war on drugs. Press secretary Sarah Sanders said Trump and Duterte discussed human rights and the drug war during private meetings.”

But: “Duterte spokesman Harry Roque, however, said the two leaders didn’t talk about human rights at all.” That, here.

Before we leave the region, President Trump thinks he can smooth tensions in the South China Sea, telling a news conference in Vietnam over the weekend, “I’m a very good mediator and arbitrator.” The Philippines, for one, isn’t so keen on this path — to say nothing of China’s steadfast opposition to “what it calls U.S. meddling in the disputes,” the Associated Press reports.

Bridging America’s Civil-Military Gap — At Sea // Mara E. Karlin: As a former senior defense official, I wanted to help my undergraduate students learn about the military. Fortunately, so did several of my veteran shipmates.

The Future Has Arrived for Mohammed bin Salman // Kristian Coates Ulrichsen: But in the wake of his ruthless purge, can he avoid the pitfalls and excesses of a previous generation of Saudi leaders?

Welcome to this Monday edition of The D Brief by Ben Watson and Bradley Peniston. Email us. And if you don’t subscribe already, consider subscribing. It’s free. OTD1942: All five Sullivan brothers go down with the light cruiser Juneau off Guadalcanal.

Two Navy SEALs’ defense is falling apart in the case of a Green Beret who was found dead in Mali in early June, The Daily Beast reported Sunday evening.

Niger attack details are surfacing now that reporters have traveled to the village near where the October 4 attack took place. One report refers to a six-hour lag between the initial exchange of fire at about 10 a.m. that morning and when aircraft arrived overhead, some time closer to 4 p.m. local.
A second report, from Reuters, tells the story of herdsman-turned-bandit Doundou Chefou, who reportedly led the attack on the American soldiers. “Asked by Reuters to talk about Chefou, Nigerien Defense Minister Kalla Mountari’s face fell. ‘He is a terrorist, a bandit, someone who intends to harm to Niger,’ he said at his office in the Nigerien capital Niamey earlier this month. ‘We are tracking him, we are seeking him out, and if he ever sets foot in Niger again he will be neutralized.’”
One takeaway: “The transition of Chefou and men like him from vigilantes protecting their cows to jihadists capable of carrying out complex attacks is a story Western powers would do well to heed, as their pursuit of violent extremism in West Africa becomes ever more enmeshed in long-standing ethnic and clan conflicts.” Worth the click, here.

More U.S. airstrikes in Somalia — this time against Shabaab fighters, unlike the Nov. 3 announcement from AFRICOM declaring open season on ISIS affiliates in that country, too. Two strikes Sunday — “in the Lower Shabelle region about 40 miles west of Mogadishu” and another about six hours later “in Somalia’s northern Puntland area” — killed Shabab and ISIS fighters, AP reports. On Saturday, AFRICOM said a strike hit Shabab fighters “near Gaduud, about 250 miles southwest of the capital.” And last Thursday, the U.S. military said killed “several” Shabab fighters in a separate strike near “the Bay Region of Somalia, about 100 miles west of the capital.”
For what it’s worth, that airstrike in Somalia on Saturday “was from a fixed-wing jet ‘in the region’ and not a drone,” Fox News Lucas Tomlinson tweeted Sunday. The U.S. military said this makes now 26 strikes on fighters in Somalia this year.

New waivers for a U.S. Army under intense pressure to grow are raising eyebrows. Two months after the White House “killed contracts” for hundreds of immigrant soldiers, leading some to face deportation (Washington Post), Trump’s army is now lowering the bar for troops with “bipolar disorder, depression and drug and alcohol abuse,” USA Today reported this weekend. “The decision to open Army recruiting to those with mental health conditions comes as the service faces the challenging goal of recruiting 80,000 new soldiers through September 2018… The Army issued the ban on waivers in 2009 amid an epidemic of suicides among troops.”
Some fear the lower bar could open the door to possible at-risk troops like former Airman Devin Kelley, while others point to the story of Bowe Bergdahl.
Predicts Doctrine Man: “I’ll go out on a limb and say this is unlikely to end well.”
For its part, the Army says it is making this change now because it has an “increased availability of medical records and other data,” though they didn’t elaborate on what data this might be. Read on, here.

#LongRead on how the NSA has been “shaken to its core,” according to the New York Times’ Scott Shane, Nicole Perlroth and David Sanger.

Finally today: The B-1 bomber’s targeting system was under scrutiny last night on CBS News’ “60 Minutes.” The issue: it allegedly “can’t detect infrared strobes,” the U.S. military learned when five soldiers died on June 9, 2014 — ”the deadliest such incident involving US fatalities in 16 years of war” in Afghanistan. Watch a breakdown of the mission in video, here.
Replied Lockheed officials, in response to an inquiry from Defense One’s Marcus Weisgerber: “Lockheed Martin continuously updates the Sniper Advanced Targeting Pod (ATP) to provide additional capability to the warfighter per U.S. Air Force requirements. To date, Sniper ATP has and continues to perform as designed.”
However, each of the soldiers questioned by “60 Minutes” fear the same sort of accident could happen again. “We haven’t fixed a problem that could potentially kill more of our servicemembers,” said Green Beret Capt. Derrick Anderson. Full story, here. 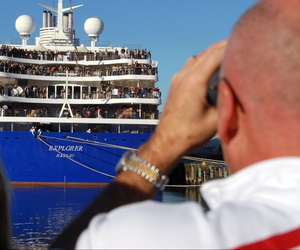 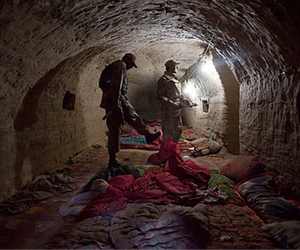 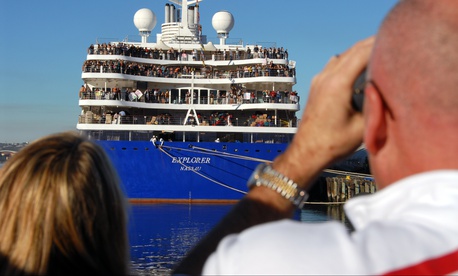 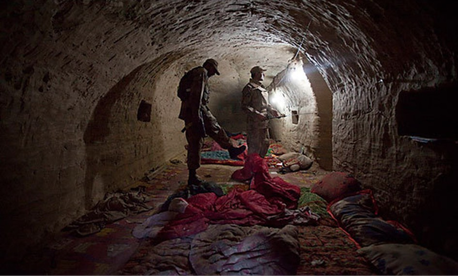