Syrian regime notches a “win” with Ghouta evacuation. The “last rebel stronghold near Damascus,” Eastern Ghouta, witnessed civilians and fighters fleeing the scene in buses as 100,000 residents leave after six weeks of a ground and air operation, the Wall Street Journal reports this morning.
In neighboring Qalamoun, “a Russian colonel and an officer from the Syrian Air Force Intelligence” are telling the remaining rebels “they must accept state rule or leave,” Reuters reports. “The area is 40 km (25 miles) from Damascus and separate from eastern Ghouta - an area right next to the capital where government forces have routed rebels in recent weeks, forcing thousands to accept safe passage out towards the Turkish border.” More here.

We now know bit more about that Friday attack in northern Syria that killed U.S. and British special operators: They were on a “classified mission to ‘kill or capture a known ISIS member,’” a Pentagon spokesperson told CNN’s Barbara Starr Monday.

Happening today: CENTCOM’s Gen. Joseph Votel and the White House’s ISIS war envoy, Brett McGurk, will talk about Iraq and Syria at the U.S. Institute of Peace in Washington. It’s part of a three-panel event that begins today at 10 a.m. EDT, with Iraq’s Ambassador to the U.S., Fareed Yasseen, and Bayan Sami Abdul Rahman of the Kurdistan Regional Government.
Votel and McGurk take the stage at 1:30 p.m. EDT. Details here. Or catch the livestream, here.

Related reading, from Friday: “White House chaos jeopardizes war on ISIS, U.S. commanders warn,” read NBC News’ Richard Engel’s report from Kobani, Syria. There, he spoke to “more than a half-dozen senior officials” who expressed “a profound sense of frustration, bordering on anger”
“We’re on the two-yard line. We could literally fall into the end zone. We’re that close to total victory, to wiping out the ISIS caliphate in Syria. We’re that close and now it’s coming apart,” one U.S. special forces commander told Engel.
Coming apart how? In short: Turkey. “Ten weeks ago, U.S. military officials were confident that ISIS would be defeated within 90 days. But that optimistic prediction was made before Turkey launched an offensive into the Kurdish enclave of Afrin in northwest Syria in late January — a move that has further scrambled the geopolitics of the region.” Read more about the frustrated U.S. special forces’ and Kurdish reaction to this, here. As for the Turkish reaction, more below.

Why the Marshall Plan Worked — and Why It Won’t in Today’s Warzones // Benn Steil: A host of similar-sounding yet unworkable aid schemes are among the legacies of the one that launched 70 years ago Tuesday.

After Failed Search for Jammer Drones, US Army Takes Unusual Step // Aaron Boyd: The service is switching to a little-understood and lightly regulated contracting method to get them.

Could Trump Actually Use Military Funding for His Border Wall? // Priscilla Alvarez: The president would have to overcome legal and Congressional obstacles to use Department of Defense resources on construction.

Welcome to this Tuesday edition of The D Brief by Ben Watson and Bradley Peniston. Email us. And if you find this useful, consider forwarding it to a friend or colleague. They can subscribe here for free. #OTD2002, U.S-financed Radio Free Europe/Radio Liberty began broadcasting in four languages — Russian, Avar, Chechen, and Circassian — to the North Caucasus, a region that included Chechnya. Moscow viewed the broadcasts as interference in its internal affairs.

Happening today in the White House: the Baltics plead for help vs. Russia. The Presidents of Lithuania, Latvia and Estonia “will ask the United States to send more troops and bolster air defences on NATO’s eastern flank to deter Russia,” AFP reported Monday in a preview via “senior European officials.”
For a wee bit of history, AFP reminds us, “The Baltic states, with a combined population of just six million people, were occupied and annexed by Moscow during World War II. The trio broke free from the crumbling Soviet Union in 1991 and joined both the European Union and NATO in 2004.” Tiny bit more, here.

For just the second time, the leaders of Russia, Iran and Turkey will meet to discuss the way ahead in Syria, AFP reported Monday, citing the event as “a striking demonstration of unity.”
The meeting is set to happen in Ankara on Wednesday, a bit south from the last meeting between the three leaders in Sochi back in November.
Note this is one of two official diplomatic tracks on Syria. This one is called the “Astana Process,” named for the Kazakh city in which they were initially launched, AFP reminds us. The other, with a longer and more depressing history, is the UN-led Geneva Process — the one U.S. Defense Secretary Jim Mattis has been leaning on since he assumed the job some 15 months ago. More to those fraught dynamics among Astana allies, here.

In western Yemen, “an instant midmorning slaughter.” More than a dozen civilians were killed, including children, in an alleged Saudi airstrike in the port city of Hodeidah, The New York Times reported Monday from the eastern city of Mukalla.
The setup: “The heat was stifling, the power out. So the transients, mostly women and children displaced from nearby towns, ventured outside their temporary housing on Monday for some air, witnesses said. Then the Saudi warplanes struck.”
From the scene: “Medics in Al Hudaydah said that when they finally reached the missile-strike site, only two bodies could be identified. Most of the dead were in pieces…The missiles hit multistory housing units on the eastern edges of Al Hudaydah, where many people who had fled contested districts south of the city were staying, residents reported.”
Also on Monday, “the Houthis launched a missile toward the Saudi city of Dhahran, according to the news agency of the United Arab Emirates, a Saudi coalition ally, but the missile landed in Yemen near the Saudi border.” More here.
On the other hand in Yemen, to the east, small but good things are happening. Oxford University researcher Elizabeth Kendall has a bit more on that NGO work for children closer to Mukalla, here.

Putin wants to take Trump up on his March 20 offer to meet in the White House, and the Kremlin was first to get the message out Monday, NYTs reported from Moscow.
The big picture: “The idea of a personal get-together between the two presidents after each of them expelled 60 diplomats and closed consulates underscored the volatile nature of the Russian-American relationship these days. Mr. Trump has remained on friendly terms with Mr. Putin personally even as ties between their countries spiral toward Cold War depths. But a meeting between the two leaders at this point would seem to conflict with the attitude of Mr. Trump’s incoming foreign policy team…” More here.

Update from the Korean peninsula: “Seoul Prioritizes Summit of 2 Koreas with U.S.” (Chosun Daily)
What South Korea wants: a “trilateral summit” with U.S. and North Korean leaders and that it should come “before a four-way meeting between Seoul, Pyongyang, Washington, and Beijing.”
Translation: “South Korea is getting wise to how risky it is to put Trump in a room with Kim Jong Un so Moon wants to be in there too,” wrote Korean analyst Robert Kelly on Twitter, referring to this development as “Progress.”

Japan’s also Abe wants to meet Trump before he talks with North Korea. The White House announced Monday that the two leaders have agreed to meet at Trump’s Mar-a-lago property for two days beginning April 17.
The meeting’s ostensible purpose: “explore ways to expand fair and reciprocal trade and investment ties” between the United States and Japan, AFP reports.
For his part, Abe promised lawmakers Monday that he’ll bring up “issues related to North Korea’s abduction of Japanese nationals at Trump’s expected meeting with Kim Jong-un.” Also on his list of topics: “US tariffs on Japanese aluminum and steel products.”
FWIW: The U.S. Navy says its F-35Cs won’t be sent to Japan (Marine Corps Air Station Iwakuni) until at least 2022, Stars and Stripes reported Monday from Yokosuka Naval Base. Meantime, “MCAS Iwakuni already hosts a squadron of Marine Corps F-35Bs,” which is now on patrol with the USS Wasp. More here.

For your eyes only: A timeline of Chinese naval mobilization, in satellite imagery. The open-source sleuths at Bellingcat picked up where Planet Labs and Reuters left off when those two spotted a large Chinese People’s Liberation Navy deployment in the South China Sea last week.

Russia’s blueprint for spreading chaos in Ukraine. A new report by British lawmakers provides “a snapshot of covert campaigns and hybrid war, and the price of everything from cyberattacks to fake news, bribes and demos all the way through to overthrowing regional governments.” That’s according to Bob Seely, the Conservative member of Parliament who co-authored the report, via the Times of London.
The report draws heavily on leaked emails to and from “a deputy to Vladislav Surkov, the influential Kremlin aide who some call Putin’s Rasputin,” the Times reports.
It also includes a 2014 proposal sent from a pro-Russian lawmaker from Ukraine, detailing how he would use nearly $200,000 to destabilize the country’s eastern section. Read on (registration req’d), here.

And finally today: Muckrock’s FOIA team uncovered a few of the CIA’s old board games created for training America’s spies. The latest is Kingpin, “based on the interagency attempt to capture the titular drug lord in Mexico.”
One takeaway: “For anybody interested in game design, [the FOIA’d docs] provide an interesting insight into how the game went from a couple of sketches on a notepad to the finished, Agency-approved product.” Get your game on, here. 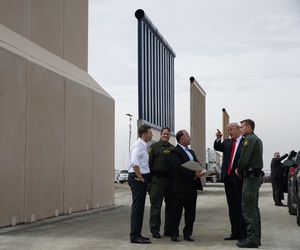 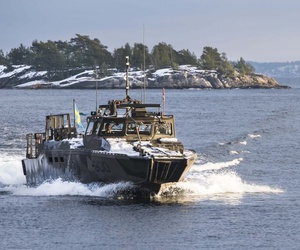 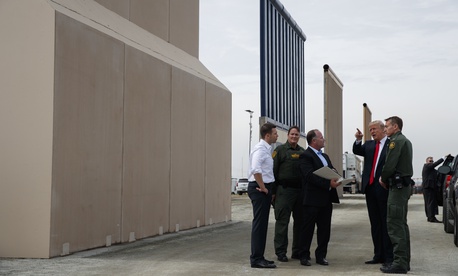 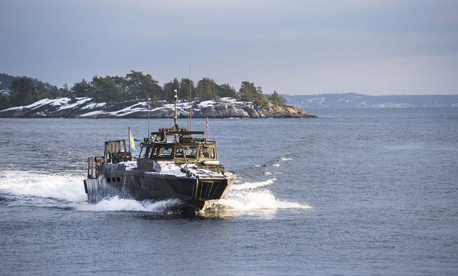