The U.S. military is building “camps” to detain as many as 20,000 immigrants. Sunday evening we learned Defense Secretary Jim Mattis has asked his department “to build temporary camps on two of our bases” to house migrants attempting to enter the U.S., he told reporters as he left the country last night.

He has not said yet which bases are under review, telling those traveling with him en route to Alaska, “We are in a logistics support response mode,” ABC News’ Elizabeth McLaughlin reported. A bit more on that below. But first…

Here’s where Mattis is headed this week: China (Monday through Thursday), then to South Korea and Japan (Thursday and Friday).

While in the region, he may find a longer dialogue with counterparts than he’s reportedly had with the president in the last few months, if a new report on Pentagon-White House dynamics is true. According to NBC News, Mattis appears to have been left out of the White House’s “inner decision-making circle.” The result has found him “caught off guard” by three recent and big announcements from the White House, and with enormous impact on U.S. national security:

Suggestions why this be: The president “has cooled on Mattis, in part because he’s come to believe his defense secretary looks down on him and slow-walks his policy directives, according to current and former administration officials.” As well, “The president is now more inclined to rely on his own instincts or the advice of [State Secretary Mike] Pompeo and [National Security Adviser John] Bolton.”

Worth noting: Mattis has had some success in pitching military plans to Trump, NBC writes. Those include keeping American troops in Afghanistan and Syria — and delaying an Iran deal exit by about a year.

For what it’s worth, here’s what chief Pentagon spokesperson Dana White said in response to NBC’s story: “This is pure silliness”…”there were no surprises.” Read the story in full, here. Now back to Mattis’s trip to the Pacific:

Five things to watch for during Mattis’s trip to China, via the South China Morning Post:

Here’s one big regional development which could have enormous import in the coming months: “The rival Koreas are discussing the possible relocation of North Korea’s long-range artillery guns away from the tense Korean border… as the countries forge ahead with steps to lower tensions and extend a recent detente,” the Associated Press reports this morning off remarks from South Korea’s Prime Minister Lee Nak-yon.

This could be a huge step toward the presumably long road of “denuclearizing” North Korea. However, some experts told AP this could also just be “a tactic to push Seoul and Washington to withdraw their more sophisticated artillery systems from front-line areas in return for pulling back its outdated conventional weapons.” Read the rest, here.

And on Friday we learned Mattis “indefinitely suspended select military exercises on the Korean Peninsula,” to include “Ulchi Freedom Guardian, along with two Korean Marine Exchange Program training exercises scheduled to occur in the next three months,” spox Dana White said in a statement Friday evening.

Also this weekend: “The U.S. has moved 100 wooden transfer cases to the North Korean border and set other preparations in place to receive as many as 200 sets of human remains,” Military Times’ Tara Copp reported Friday, with no details yet on “when the transfer(s) would take place.”

An Extraordinarily Expensive Way to Fight ISIS // William Langewiesche, The Atlantic: The tale of a 2017 bombing raid in the Libyan desert that pitted stealth bombers and 500-pound bombs against 70 ragtag fighters.

Turkey’s Slow-Cooking Crisis With Its Allies Is Coming to a Boil // Selim C. Sazak and Caglar Kurc: Ankara just got its first F-35. It may never get another.

What War Games Tell Us About the Use of Cyber Weapons in a Crisis // Jacquelyn G. Schneider, Council on Foreign Relations: Recent U.S. war games have shown that decision makers are surprisingly reluctant to use cyber weapons during a crisis scenario that escalates into armed conflict. Why?

NSA ‘Systematically Moving’ All Its Data to The Cloud // Frank Konkel, Nextgov: The National Security Agency has moved most of its mission data into the Intelligence Community GovCloud.

Welcome to this Monday edition of The D Brief by Ben Watson and Bradley Peniston. And if you find this useful, consider forwarding it to a friend or colleague. They can subscribe here for free.

The Pentagon’s new plan to house as many as 20,000 migrants in tent cities is under way. But the Associated Press reports aboard Mattis’s aicraft that we don’t yet know “if the housing would be limited strictly to children or if it would also involve families.”
So far, the plan is to get these detention camps up and running “as early as July, [and kept open] through the end of the year.”
Interagency process in action: “The request for temporary shelter — amid a growing political battle over detained migrants — was made by the Department of Health and Human Services and accepted by the Defense Department.”
Some of the bases HHS has assessed: “Little Rock Air Force Base in Arkansas, plus three bases in Texas: Dyess Air Force Base, Goodfellow Air Force Base and Fort Bliss.”
A bit more: Time magazine reported Friday from a Navy draft memo that facilities under consideration include “abandoned airfields just outside the Florida panhandle near Mobile, Alabama, at Navy Outlying Field Wolf in Orange Beach, Alabama, and nearby Navy Outlying Field Silverhill.”
What’s more, “The planning document estimates that the Navy would spend about $233 million to construct and operate a facility for 25,000 people for a six-month time period. The proposal suggests these tent cities be built to last between six months and one year.” Read on, here.

For your eyes only: See just how many “Total Illegal Alien Apprehensions” have occurred along the Southwest border each month going back to the year 2000, via this number-crunching report from WaPo.
The skinny: “The numbers have picked up since the start of the fiscal 2018, but they’re still lower than comparable months in most earlier years.”
Consider more broadly: “The total number of people apprehended for illegally crossing the southern U.S. border has been steadily falling for almost two decades. It’s a long-term trend that sociologists, economists and federal officials have been tracking for years.” NPR has more stats, along with “3 Charts That Show What’s Actually Happening Along The Southern Border,” here.
Shorting the Coast Guard to guard the border? The Trump administration is considering shifting some $77 million to other agencies, largely ICE, reports the Washington Post, citing “U.S. officials and an internal Coast Guard message.”
If this sounds familiar, recall this: “In March 2017, draft versions of the administration’s first budget called for the Coast Guard budget to be cut 14 percent to about $7.8 billion as part of a broader plan to fund President Trump’s proposed border wall.”
Meanwhile, the Coast Guard seized a record 227 tons of cocaine at sea last year.

If war came to Europe, NATO forces might be stuck in traffic. A “mixture of bureaucracy, bad planning and decaying infrastructure — could enable Russia to seize NATO territory in the Baltics while U.S. Army planners were still filling out the 17 forms needed to cross Germany and into Poland,” the Washington Post reports. That is, alas, no joke.
NATO lost at least one scenario in a recent wargame because of snarled logistics, the Post says.
Last year, the alarm was sounded by the British Army general who had until recently led the UK’s Joint Forces Command. His recommendation, he told Defense One:  NATO should hold more large-scale exercises, like Russia’s semiannual Zapad wargame, which would highlight the problems and hasten solutions.
This year, NATO has a plan. At the upcoming summit, alliance leaders are to stand up a pair of offices dedicated to slashing the red tape and smoothing the passage of friendly forces to a warzone.
One particularly concerning bottleneck: the 60-mile-wide strip of Polish territory that connects the Baltic allies to the rest of NATO. Only a single rail line and a two-lane highway traverse this Suwalki gap between Russia’s enclave of Kaliningrad and its ally, Belarus.

Confirmed: Pakistani Taliban leader, Mullah Fazlullah, was indeed killed in a recent strike inside Afghanistan, near the Pakistani border. So now the group has appointed a new leader — a man named Mufti Noor Wali Mehsud the new man in charge, The Long War Journal reported this weekend.
The quick read on this guy: “Mufti Noor Wali Mehsud (Wali), who is also known as Abu Mansoor Asim, is a veteran jihadist of three decades. He fought alongside the Afghan Taliban against the North Alliance prior to the US invasion of Afghanistan, and against US forces after 9/11. Wali has served as a military commander and has led the TTP in the Pakistani city of Karachi. More importantly, he is a religious scholar who rose to the rank of judge within the TTP.” More here.

And finally this morning: The U.S. Army took suggestions for what name to give a tank. After a weekend of reviewing answers, it looks like “Tanky McTankface” has won, the service’s Twitter account announced this morning.
Honorable mention: “Airborne. Just to piss everyone off,” offered @AngryStaffOfficer. 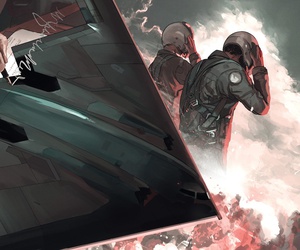 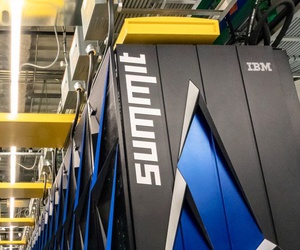 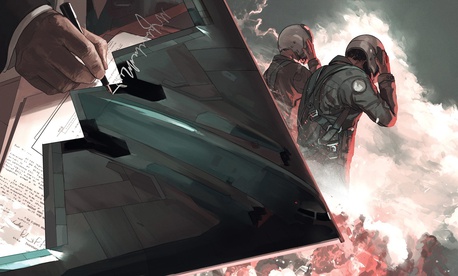 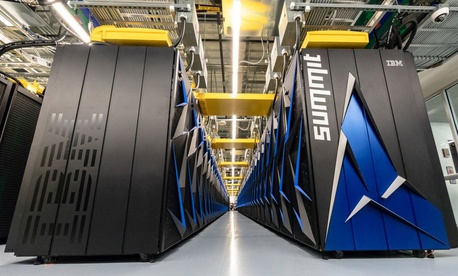