Space Force moves ahead. On Wednesday, Pentagon officials are slated to tell Congress that they intend to start creating the separate branch of the armed services dubbed the Space Force. Defense One’s Marcus Weisgerber got an exclusive look at a July 30 14-page draft of the plan. Here’s the scoop:

“Within months,” the Pentagon will create:

Next: ask Congress for help. The move is a bit of a gamble; lawmakers aren’t all convinced that the idea of separating space-related operations from the services is the right way to improve the U.S. ability to operate its orbital assets. But the Pentagon can’t actually stand up a separate branch without congressional approval, and so leaders are planning to spend the rest of the year prepping their request. It’ll be formally sent to Capitol Hill early next year as part of the 2020 budget request. Read on, here.

EXCLUSIVE: Pentagon To Start Creating Space Force — Even Before Congress Approves It // Marcus Weisgerber: Within months, DoD will start standing up a new combatant command, a new space-procurement agency, and a new Space Operations Force.

Donald Trump Is Falling in Love With Summits // Uri Friedman, In offering to meet with Iran’s leader, the president sticks to what’s becoming a familiar pattern.

How Russia Persecutes Its Dissidents Using US Courts // Natasha Bertrand, The Atlantic: Russia’s requests to Interpol for Red Notices—the closest instrument to an international arrest warrant—against Kremlin opponents are being met with increasing deference by the Department of Homeland Security.

Welcome to this Tuesday edition of The D Brief  by Ben Watson and Bradley Peniston. And if you find this useful, consider forwarding it to a friend or colleague. They can subscribe here for free. On this day in 1874, the “experimental” USS Intrepid was commissioned — the first U.S. warship to come equipped with torpedoes.

Peninsular meeting of the generals in Korea. The first general-grade talks between the two Koreas since the Trump-Kim summit last month occured Monday at the border truce village of Panmunjom, RoK’s Yonhap News agency reported Monday evening.
Leading the South Korean delegation: Major Gen. Kim Do-gyun
And for the North: Lt. Gen. An Ik-san (who was reportedly a bit dramatic during the last visit in June). Little is known about what has come from this most recent meeting. But Yonhap has some ideas that have been mulled in their piece, here.

North Korea is making new missiles, U.S. officials told the Washington Post’s Ellen Nakashima and Joby Warrick on Monday.
Cutting to the chase, “Newly obtained evidence, including satellite photos taken in recent weeks, indicates that work is underway on at least one and possibly two liquid-fueled ICBMs at a large research facility in Sanumdong, on the outskirts of Pyongyang,” Nakashima and Warrick write.
Add this to “recent revelations about a suspected uranium-enrichment facility, called Kangson, that North Korea is operating in secret,” and the White House would seem to have a very dire security threat that appears to be growing week by week.
Said ArmsControlWonk Jeffrey Lewis: “We have this backward. North Korea is not negotiating to give up their nuclear weapons. They are negotiating for recognition of their nuclear weapons. They’re willing to put up with certain limits, like no nuclear testing and no ICBM testing. What they’re offering is: They keep the bomb, but they stop talking about it.” More from WaPo, here.

Also from the region: Japan’s military has chosen a $1.2 billion anti-missile radar from Lockheed Martin, The Diplomat reported Monday.”
The hardware and its system: a Solid State Radar (SSR) for Japan’s two land-based Aegis Ashore ballistic missile defense batteries.
The hardware not chosen, and why: Raytheon’s SPY-6 radar system, and reportedly on account of “lower lifecycle costs and its sophisticated target discrimination capabilities.” The SPY-6 rejection could also have been because those systems aren’t even expected to be ready for at least another six or seven years. More here.

President Trump now wants a summit with the leader of Iran, President Hassan Rouhani. But a Rouhani advisor says no dice unless POTUS45 returns the U.S. in the so-called Iran nuclear deal, or the Joint Comprehensive Plan of Action. And — to judge by the totality of Trump’s previous actions, as well as what he said Monday of the JCPOA — that’s unlikely since that Iran nuclear deal was drawn up under POTUS44.
For your eyes only: Video of Trump on Monday saying he has “no preconditions” for a visit with Iran’s Rouhani. “They wanna meet, I’ll meet,” he said.

Reminder: Just eight days ago, and amid mounting Mueller probe developments, Trump and his Iranian counterpart were fighting on Twitter over who can talk war the loudest — Rouhani saying war with Iran would be “the mother of all wars,” and Trump responding (in all caps) with his warning about “CONSEQUENCES THE LIKES OF WHICH FEW THROUGHOUT HISTORY HAVE EVER SUFFERED.”

Here’s your occasional reminder that “Syria is the Spanish Civil War of 21st century, a massive battle lab of what works and what you can get away with,” as New America’s Peter Singer tweeted Monday after reading this Foreign Policy report from Lara Seligman.
The gist: Russians are believed to be using an array of jamming equipment to disrupt the U.S. military’s operations inside Syria.
What to know: “Russia’s new electronic warfare systems… can be mounted on large vehicles or aircraft and can impair targets hundreds of miles away.” Not a lot of additional detail, but a bit more commentary, here.
BTW: Wanna review dozens of different categories of weapons used during the ongoing wars inside Syria? Here’s our multi-part explainer on all that from 2016.

And finally today — Branding 101: See what a few leading designers have in mind for the U.S. military’s Space Force logo in this illustrated piece from Bloomberg BusinessWeek. 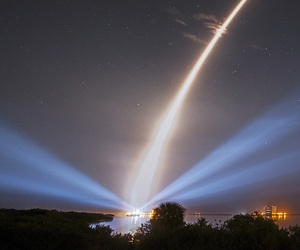 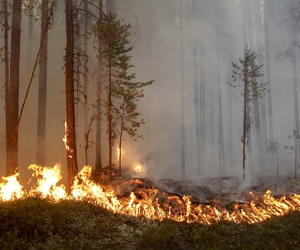 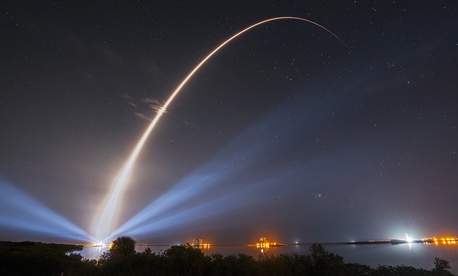 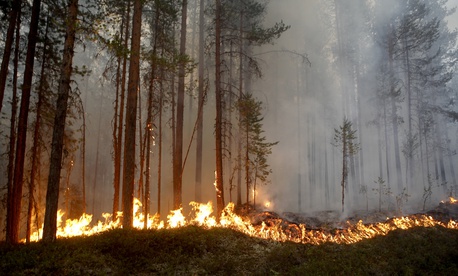