First drone attack on a head of state. Venezuelan President Nicolas Maduro was giving a speech on the country’s economy Saturday in Caracas when an explosion erupted in the sky, The New York Times reports. “One general ducked. Cilia Flores, the first lady, stumbled and reached to clutch the arm of the Supreme Court judge beside her. Security officials rushed the platform and surrounded the president with large black shields. All looked to the sky in fear.” During this time, Reuters adds, “The camera shook, the state TV broadcast’s audio was cut, and the camera abruptly panned out to hundreds of soldiers in sharp formation.”

Then a second drone hit a building nearby. In a matter of hours, authorities had arrested six people they suspected of being behind the attack. Maduro’s Interior Minister, Nestor Reverol, said police thwarted the first drone while the second crashed on its own. (The party who claimed responsibility said police shot them down with sniper rifles.)

So who was responsible? According to Reuters, it’s “a little-known group called the ‘National Movement of Soldiers in T-shirts’… which describes itself as uniting members of ‘the resistance’ to Maduro.”

Russia Is Slowly Declining As a Space Superpower // Paulina Glass: The first country to launch a satellite is losing its space advantage to leakers, competitors like SpaceX, and most importantly to China.

Who’s Leading the Western Response to Russia’s Warbots? Estonia // Patrick Tucker: A European leader in robotic autonomy turns its attention to the battlefield.

Congress Rushes to Spend Billions on Space Weapons—Even if They Don’t Work // Tom Z. Collina and Zack Brown: Even a bare-bones system would be ridiculously costly, and more likely to foster war than prevent it.

How A Human Resources System Could Revolutionize the Army // Aaron Boyd, Nextgov: Army program managers took a mandate to upgrade the service’s payment systems and turned it into a way to unearth soldiers’ hidden talents.

The Marshall Plan That Failed // Daniel Kurtz-Phelan, The Atlantic: Before George Marshall transformed American foreign policy in Europe, he lost a major political fight in China.

Welcome to this Monday edition of The D Brief  by Ben Watson and Bradley Peniston. And if you find this useful, consider forwarding it to a friend or colleague. They can subscribe here for free. On this day 73 years ago, the B-29 Enola Gay took off for the nearly six-hour flight to Japan before dropping the world’s first atomic bomb on the city of Hiroshima.

Newsflash: President Trump admitted his campaign officials sought information from Russia. In a startling tweet at 5:38 a.m. on Sunday, Trump wrote that the June 9, 2016, meeting between a Kremlin-connected lawyer and Donald Trump Jr., campaign manager Paul Manafort, and advisor/son-in-law Jared Kushner was “…a meeting to get information on an opponent…”
Changing his story. That’s a 180 from what the Trump camp has said ever since news of the meeting broke last year. The New Yorker: “It was possible, just days ago, to believe—with an abundance of generosity toward the President and his team—that the meeting was about adoption, went nowhere, and was overblown by the Administration’s enemies. No longer. The open questions are now far more narrow: Was this a case of successful or only attempted collusion? Is attempted collusion a crime?”

Al-Qaeda in Yemen has been quietly cutting deals with the Saudi-led coalition for months, the Associated Press reports this morning.
Part of the Saudis’ approach: “paying some [AQ members] to leave key cities and towns and letting others retreat with weapons, equipment and wads of looted cash.”
And that’s not all: “Hundreds more were recruited to join the coalition itself,” AP writes off its own investigative reporting.
Some more of what you’ll discover in this report: “One Yemeni commander who was put on the U.S. terrorism list for al-Qaida ties last year continues to receive money from the UAE to run his militia, his own aide told the AP. Another commander, recently granted $12 million for his fighting force by Yemen’s president, has a known al-Qaida figure as his closest aide.” Continue reading, here.

North Korea will set its own schedule for denuclearization, Secretary of State Mike Pompeo told Singapore’s Channel NewsAsia on Friday. It’s the Trump administration’s latest step downwards on the ladder of expectations about its prospects for persuading Pyongyang to give up its nukes. (In June, Pompeo said, “I am not going to put a timeline on it, whether that’s two months, six months…”)
See also: National Security Adviser John Bolton, who told “Fox News Sunday”: “There’s nobody in this administration starry-eyed about the prospects of North Korea actually denuclearizing.” Via the Washington Examiner: “Bolton also said that there might be a time when Trump has to call out Kim for not being serious about denuclearizing and the administration will have to admit that North Korea is ‘playing’ the U.S.”
Indeed, a rare consensus is forming around solid pessimism, writes Andrei Lankov, the professor at Seoul’s Kookmin University who runs NKNews.org: “Despite all the official talk in D.C. about CVID (or whatever it’s called these days) the past year or so, the consensus now seems to be that denuclearization is no longer a realistic goal.” Coming off two weeks of talking to both officials and experts” in Washington, Lankov says he found a “remarkable level of consensus” in the “North Korea-watching community.” Both the experts, who have long viewed the chances of denuclearization as slim, and U.S. officials, who generally have been more optimistic, say that — as one official put it — “the North Koreans have quietly succeeded in changing the general paradigm of negotiations: while, on paper, negotiations are still about the denuclearization, in practice, talks are now about arms control.” Read on, here.

We end on a somber note this morning, with this word from the U.S. Army’s Delta Force: “Sgt. Maj. Christopher Nelms, 46, died July 1 from injuries sustained when his parachute failed to fully open during a June 27 jump at Laurinburg-Maxton Airport, N.C.,” Yahoo News reported this weekend off a Friday announcement from U.S. Army Special Operations Command. Military Times adds “Nelms, 46, of Oklahoma City, Oklahoma, joined the Army in 1990 as an infantryman.”
Said an unnamed special operator to Yahoo: “It’ll be a decade before someone can fill those kinds of slots, with that experience, with that training.”
For the record: “Nelms was the second USASOC soldier to die in a free-fall training accident this year, after Sgt. Maj. Samuel Morris McAllister of the 75th Ranger Regiment died Jan. 24 in Eloy, Ariz. The command suffered no fatal free-fall accidents during 2016 and 2017.” Read on here. 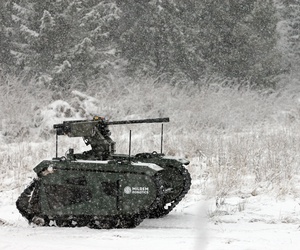 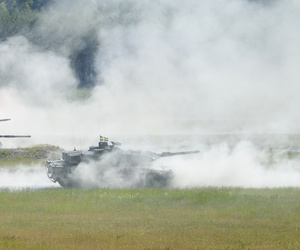 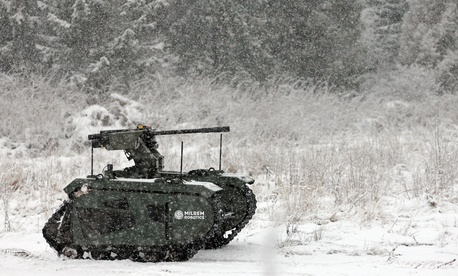 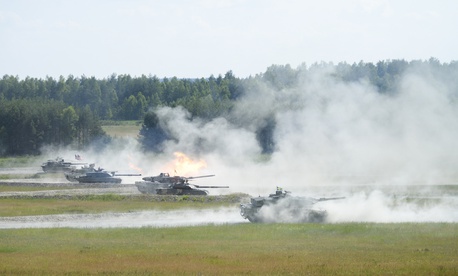