Afghan President Ghani announced another unilateral ceasefire with the Taliban timed to the Islamic calendar, this time coinciding with Eid al-Adha. So far the Taliban have not formally joined in the cessation of hostilities, but Reuters reports group leaders “provisionally agreed a four-day truce” ending on Saturday.

If everyone’s lucky, Ghani would like to extend the ceasefire all the way to November 20 — which would “mark the birth anniversary of Prophet Muhammad,” the Associated Press reports. Recall that it was back in June that the Taliban joined Kabul in a ceasefire during Eid al-Fitr, but the overlapping efforts only spanned three days.

Said the Taliban: “We decided to seize the buses after our intelligence inputs revealed that many men working with Afghan security forces were traveling to Kabul in these buses,” a spox told Reuters.

The latest: “By mid-afternoon, fighting was still underway in the area to free 21 remaining hostages,” AP writes, with an interior ministry spox alleging “at least seven Taliban fighters have been killed” so far. A bit more, here.

Review some of the more significant fatal attacks across Afghanistan during the month of August in this infographic drawn up by Agence France-Presse.

And looking over all of 2018 to date, on Sunday “the United Nations said blasts, suicide attacks and clashes killed more than 1,600 civilians in the first six months of the year, the highest number in the past decade,” writes Reuters.

ICYMI: For about the fourth time during President Trump’s time in office, former Blackwater founder Erik Prince made headlines again for his plan to “privatize” the U.S. war in Afghanistan. This time it’s NBC News talking to Prince to help sell this story.

Notes NBC: “Prince said he hasn’t spoken directly to Trump about the plan, but told NBC News he plans to launch an aggressive media ‘air campaign’ in coming days to try to get the president to embrace it.”

For what it’s worth, “[Prince’s] effort coincides with Tuesday’s one-year anniversary of Trump announcing a strategy that increased the U.S. troop presence in Afghanistan. Trump approved the Pentagon recommendations reluctantly.” Continue reading, here.

Serious question: “What about the American ‘strategy’ for the war will lead to a satisfactory end of the war for the United States or Afghanistan?” asks former Marine C.J. Chivers after reading this from his New York Times colleague, Rod Nordland, reporting from Kabul over the weekend.

Better Wargaming Is Helping the US Military Navigate a Turbulent Era // Col. Garrett Heath and Oleg Svet: Two leaders of the Joint Staff’s Studies, Analysis, and Gaming Division evaluate the two-year-old effort to increase, improve, and boost the impact of analytic wargaming.

How A Billion-Dollar Satellite Gets to the Launch Pad // Tim Fernholz: Before an ultra-secure communications military satellite soars into orbit, it has to fly to Florida aboard the U.S. Air Force’s largest plane.

A Message to Pentagon Spokespeople, From Your Former Boss // Brent Colburn: There’s a difference between campaigning and serving, and people have a right to know what goes on their government.

The US Is Worried That a Russian Satellite Is Really a Weapon // Tim Fernholz: It could be practicing to fix other spacecraft—or blow them up.

US Enters Its Next Phase in Its Strategy to Pressure Iran // Krishnadev Calamur: The State Department’s Iran Action Group will mostly focus on “nukes, terrorism, and the detention of American citizens.”

Welcome to this Monday edition of The D Brief  by Ben Watson and Bradley Peniston. And if you find this useful, consider forwarding it to a friend or colleague. On this day in 1982, 800 U.S. Marines landed in Beirut to oversee the Palestinian withdrawal from Lebanon. The Marines would make history 14 months later, but not in the way that any of them imagined.

In Iraq, a U.S. helicopter crash leaves a servicemember dead and multiple others wounded, the U.S.-led coalition announced this morning.
For your ears only: After ISIS, a check in on Mosul, Iraq, with NPR’s Jane Arraf. That seven-minute audio report begins, here.

Meet SecState Pompeo’s new Representative for Syria Engagement, former Ambassador Jim Jeffrey, who will depart the Washington Institute for Near East Policy and return to the State Department. The Washington Examiner has a commentary on Jeffrey here, if (unlike us this morning) you can get through the aggressive ads without your browser crashing.

President Trump will soon be facing a “wave of retiring [military] commanders,” and so the White House has a few new guys on its radar for promotion, The Wall Street Journal’s Gordon Lubold and Nancy Youssef reported this weekend. Read more if you’ve already bought your way through the paywall, here.

In Yemen, or rather from Yemen, the Houthis say they fired another ballistic missile at Saudi Arabia, Reuters reports off a tweet from the Houthi-run TV station, Masirah TV.

More than 175 former natsec leaders decry Trump’s clearance-yanking retaliation. The rebukes rolled in swiftly from former intel and military leaders after the president revoked former CIA chief John Brennan’s security clearance on Aug. 15 — and then confirmed that he was retaliating for Brennan’s support of the investigation into Trump’s ties with Russia.
On Aug. 16: Brennan’s Aug. 16 NYT oped; a dozen fellow spy chiefs and deputies’ open letter; and retired admiral William McRaven’s oped in the Washington Post. (The Atlantic has some commentary on the latter, here.)
By Friday, more than 70 former intel officers and leaders had added their names to a statement declaring their “right to express their unclassified views on what they see as critical national security issues without fear of being punished for doing so.”
Update: Over the weekend, more than 175 former State Department and Pentagon officials added their names to the open letter, Reuters reported.
For good measure: former Joint Chiefs chairman and retired admiral Mike Mullen told Fox News this morning: “As long as John [Brennan] is not revealing classified information that he shouldn’t, then I certainly think he has a right to speak.”
Burr, in response: Sen. Richard Burr, R-Indiana, who is leading the Senate investigation into Russian interference in the 2016 presidential election, says he’s fine with Trump retaliating for political speech: “If, however, Director Brennan’s statement is purely political and based on conjecture, the president has full authority to revoke his security clearance as head of the Executive Branch.” He’s not alone among Senate Republicans. ABC News, here.
“No precedent” for this kind of public outcry: “There is no precedent,” said Amy Zegart, a co-director of the Center for International Security and Cooperation at Stanford University who studies the intelligence community. “Since 1947, since the CIA was created, we have never had a moment in history where so many senior intelligence officials have spoken out so publicly about their concerns with the president.” Read that, and more analysis, from Defense One’s Katie Bo Williams, here.

No big deal, but in Malaysia, some “radioactive material” has gone missing — material which “could cause radiation exposure or be used as a weapon,” Reuters reports.

Speaking of… “North Korea alludes to confrontation with U.S. over secret nuclear sites during negotiations” is the headline from a Japan Times report on Sunday.
Cautions Reuters’ Asia Editor Gerry Doyle: “we are nearing the point where the u.s. will need to decide whether to acknowledge that the dprk isn’t disarming and never agreed to, or get angry that the dprk is breaking promises it never made.”

Meanwhile on the peninsula, watch this short video report from Agence France-Presse showing “Dozens of elderly and frail South Koreans enter the North to meet relatives for the first time since the peninsula and their families were divided by war nearly seven decades ago.”
Preview the stakes of the “fifth inter-Korean summit,” scheduled for some time in September, in this Friday take from Ankit Panda over at The Diplomat.

Russia’s military is bracing for “massive war games in the east” involving China and Mongolia in what AP calls Moscow’s “largest show of power in nearly 40 years.”
The more you know: Iran has a new fighter jet, which it will reveal on Wednesday; and it has a new air force chief who used to pilot F-14 Tomcats.

And finally today: Remembering “one of the world’s last great idealists,” former UN Secretary Kofi Annan — who passed away this past weekend at the age of 80. Mark Leon Goldberg of the UN Dispatch shares his experiences with Annan from about 13 years ago, here.
For the record, Annan said his biggest regret was not being able to stop the 2003 invasion of Iraq. Find that from the LA Times, also about 13 years ago, right here. 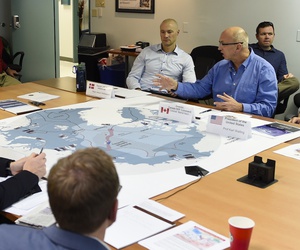 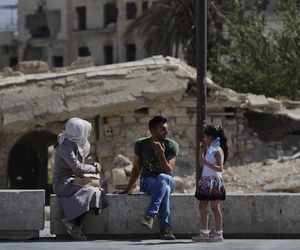 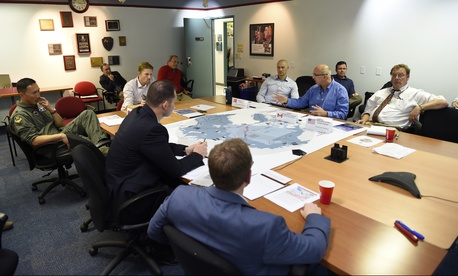 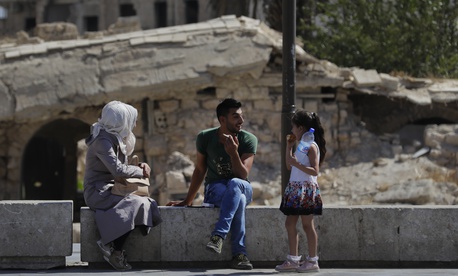