Iran launched six ballistic missiles in a “no-notice strike” on targets along Syria’s Middle Euphrates River Valley last night, a spokesman for the U.S.-led coalition against ISIS announced this morning on Twitter — his first tweet in four days. According to U.S. Army Col. Sean Ryan’s read, “open sources state [the Iranian troops] were targeting militants blamed for the recent attacks on the Iranian military parade. The Coalition forces is still assessing the strike and no #Coalition forces in danger.”
According to Iranian press this morning, likely some of those open sources Ryan is referencing, “Monday’s strike targeted the bases of ‘takfiri terrorists’ backed by the United States and regional powers in eastern Syria,” Reuters reports.
Location: Abu Kamal, according to Iranian state-run media, Fars. “The strike targeted the last pocket of territory in southeastern Syria held by Islamic State,” Reuters reports. And that approximate spot is also “an area where the U.S.-backed Syrian Democratic Forces (SDF) launched a new offensive last month against Islamic State.”
Written on one of the six missiles, according to Iran’s Fars News agency: “Death to the family of Saud,” “Death to America,” and “Death to Israel.”
Flagged in Iranian media: The distance Tehran’s missiles travelled (570 kms).

Meanwhile in puzzling Middle East trends: Our former colleague Gordon Lubold of The Wall Street Journal has what he calls a “head-scratcher” of a story for you: “As President Trump’s rhetoric on Iran gets hotter, U.S. military presence in the region is receding,” Lubold tweeted this morning from a new report combining the powers of Lubold and the Journal’s Nancy Youssef.
The quick read why: “The 2018 U.S. national security strategy deems big powers like China and Russia—not Iran—to be the greatest threats. At the same time, schedules for maintenance and upkeep have affected the availability of U.S. aircraft carriers, and the military lacks the ships and other equipment to thoroughly address every security threat.”
And on Friday, the State Department announced the U.S. was closing its consulate (an “ordered departure” is how the department phrased it) in Basra, southern Iraq, alleging “Iranian forces directly or by associated proxy militias” let off a few potshots at the U.S. embassy in Basra. The Washington Examiner writes this turn of events comes “just weeks after after an Iranian facility in the same city was set ablaze by protesters angry about Iranian influence in the country. Iran-backed forces alleged that the U.S. had orchestrated the incident, raising concerns of an analogous assault on American diplomats.”
Additionally head-scratching in all this: Trump+Bolton+Mattis are famous Iran hawks, yet the U.S. military announced last week it would pull four Patriot anti-missile systems from three Middle East countries — Bahrain, Jordan and two from Kuwait. That story ICYMI — also from Lubold, here.
Counterpoint: CSIS’ Melissa Dalton and SAIS’ Mara Karlin have made the strategic case for reducing the U.S. footprint in the Gulf — if it’s done right. (Read here, listen here.)

This week on our Defense One Radio podcast:

China Has a ‘Space Force.’ What Are Its Lessons for the Pentagon? // Elsa B. Kania: The U.S. military must find new ways to leverage commercial innovation in order to contend with China in space.

F-35 Lands on New British Carrier for First Time // Marcus Weisgerber: The fighter jets are conducting trials with the ship off the U.S. east coast.

Defense One Radio // Defense One Staff: Ep. 22: China in the US; Iran in Syria; Ukraine’s navy + Q w/ Brig. Gen. Jackson in Afghanistan

Welcome to this Monday edition of The D Brief by Ben Watson and Bradley Peniston. And if you find this useful, consider forwarding it to a friend or colleague. On this day in 1961, the U.S. Defense Intelligence Agency was established.

SecDef Mattis has cancelled a trip to Beijing this month amid rising White House tensions with China, CNN’s Ryan Browne tweeted this morning ahead of public confirmation by Pentagon officials.
Where Mattis is headed this week: Paris and Brussels. And the Associated Press and Reuters are traveling along with him — Reuters’ Idrees Ali tweeted this morning from the tarmac.

Lost in translation. The Pentagon would love “to restart a program that allowed thousands of people with critical medical or Asian and African language skills to join the military and become American citizens,” the Associated Press reported this weekend.
The program’s name: Military Accessions Vital to the National Interest.
The problem: “Stricter Trump administration immigration policies have stymied” that program, AP’s Lita Baldor reports. More specifically, “Homeland Security officials said they would not be able to protect new immigrant recruits from being deported when their temporary visas expired after they signed a contract to join the military.”
So what now? “Officials said the Pentagon is exploring other ways to adjust or replace the program in order to bring immigrants with those skills into the military.” But that’s not looking terribly promising at this point. More here.

Two large ports across the world were apparently cyber-attacked in the span of a week, ZDNet reported this weekend.
The latest to have been hit: San Diego, in a Sept. 25 ransomware attack that followed a Sept. 20 incident at the Port of Barcelona on Sept. 20. Details are scanty; one source told ZDNet that the incidents disrupted port operations. A bit more, here.

New F-35 batch, new lower price tag. On Friday, Lockheed Martin announced that it had come to final terms with the Pentagon on an 11th low-rate-initial-production order of F-35: $11.5 billion for 141 aircraft for the U.S. Air Force, Navy, and Marines, and foreign customers. The per-plane cost of the three variants, according to the company:

Mind-reading — at least between three people — is here. MIT’s Technology Review has the story, here.

Remember that National Guardsman who stole a tank back in June? He’s not so crazy that he can’t stand trial, The Richmond Times-Dispatch reported this weekend after the Guardsman’s first court appearance.
Charges dropped: “driving under the influence of drugs and felony unauthorized use of a vehicle.”
Charge retained: felony eluding police. More from the land of apparently bored officers now facing charges, here.

And finally today, a story of uplift and concern for our fellow man from about an hour west of Philadelphia. The lede from AP, reporting from Brownstown, Pa.: “Two friends who set up a GoFundMe page for a Pennsylvania man who’d been holding yard sales to pay for his own funeral expenses say they’ve received so many donations they are planning to help other veterans in similar situations.”
The vet in question: “66-year-old Willie Davis… who served in the Navy in the 1970s, has been diagnosed with stage 4 squamous cell carcinoma, a type of skin cancer.” Read the rest of Davis’s story — and of the effort that could help other vets like him — here. 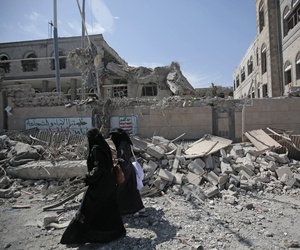 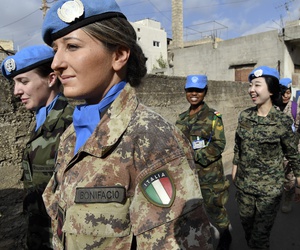 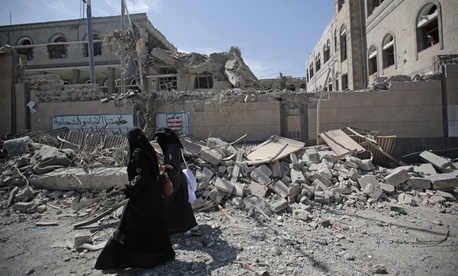 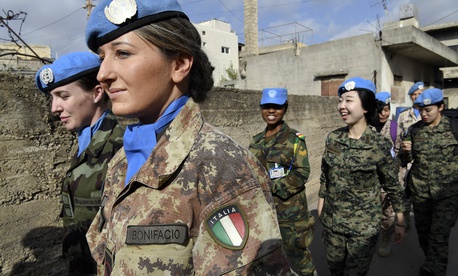