Says a British general: Moscow is “better than us” in using social media to shape the strategic landscape.

UK Army Maj. Gen. Felix Gedney, who just finished a year as deputy commander of Operation Inherent Resolve, told an audience at the AUSA convention on Monday that the Russian and Syrian regimes are mounting “extremely aggressive” information operations, spreading disinformation and distorted narratives on social media in a bid to shape the strategic landscape as the ISIS fight comes to a close.

Gedney cited staged photos of Russian soldiers providing humanitarian aid and carefully placed images of Russian President Vladimir Putin alongside Syrian President Bashar al-Assad. Entire “military operations [are] being conducted for the sole reason of getting the picture or the footage those people wanted,” he said, and the misleading images are being circulated far more effectively than the American-led coalition can counter them. Defense One’s Katie Bo Williams reports, here.

Newsfla$h: U.S. Army cuts a-coming. Service leaders will be trimming at least $25 billion and “countless personnel billets” over the next five years from various programs so the money can go to their top six acquisition priorities, SecArmy Mark Esper said at AUSA.

Next on the chopping block? Army manning and training, Esper said.

Russia is Winning the Information War in Iraq and Syria: UK General // Katie Bo Williams: Moscow is “better than us” in using social media to shape the strategic landscape, says a former deputy commander of the West’s anti-ISIS coalition.

Police-Grade Surveillance Technology Comes to the Playground // Sidney Fussell, The Atlantic: After Parkland, schools are installing gunshot-detection systems typically used in cities like Oakland and Chicago. But are they worth the expense?

In California, It’ll Be Illegal to Make Routers With Weak Passwords // Dave Gershgorn, Nextgov: A new law covering a wide range of devices will take effect in less than 15 months.

Where Is the Arms Control Community on Russia’s Intermediate-Range Cruise Missile? // Sam J. Tangredi: The kerfuffle over a U.S. diplomat’s words underscores a strange apathy toward a treaty-breaching weapon.

Welcome to this Tuesday edition of The D Brief by Ben Watson and Bradley Peniston. And if you find this useful, consider forwarding it to a friend or colleague. On this day in 2001, the U.S. carried out the first daylight airstrikes of the Afghanistan war, beginning in southern Kandahar province.

Google is out of the $10 billion race for a Pentagon cloud contract, Federal News Network first reported this morning.
Google’s public reasoning: “we couldn’t be assured that it would align with our AI Principles,” the company said in a statement to the press.
Recall that just a few months ago, a significant numbers of Google employees were upset over a previous Pentagon contract for tagging imagery in drone camera feeds — called Project Maven — with Google staff uncomfortable with their work being used to possibly kill with greater efficiency. In response to that uproar, Google drafted companies policies around its use of AI.
But about the cloud contract, “Amazon was widely viewed among Pentagon officials and technology vendors as the front-runner for the contract, known as the Joint Enterprise Defense Infrastructure cloud, or JEDI,” Reuters adds.
The deadline for proposals is just three days away. Bloomberg has a tiny bit more, here. Or read the original FNN report, here.
Speaking of JEDI competitors: Microsoft says its own cloud setup has been certified to store the Defense Department’s classified information, and will achieve top-secret certification by year’s end. Patrick Tucker, here.

BTW: The developments above could shed a little light on Google CEO Sundar Pichai’s quiet meeting with Pentagon leaders last week. The Washington Post has a bit more on his trip to the Office of the Under Secretary of Defense for Intelligence, here.

Says British tabloid The Sun: Russia has moved troops and equipment into Libya, the paper reported Monday evening with a ton of distracting photos throughout its report.
Vaguely citing British intelligence, The Sun writes that “dozens of officers from the GRU military spy service as well as its Spetznaz special forces wing are already on the ground in eastern Libya, initially carrying out training and liaison roles.”
The given reason: Russia’s continued support of “rogue general” Khalifa Haftar. (See also this New Yorker profile of Haftar from 2015.) More on Russia’s interests in Libya, from Foreign Policy back in 2017, here.
Locations: “the coastal towns of Tobruk and Benghazi, using the cover of the controversial Russian private military company the Wagner Group which already has outposts there.”
There’s lots of fear-mongering language in The Sun’s sensational report, which we cannot seem to corroborate elsewhere; but you can read it for yourself, here.

UK practicing to turn out Moscow’s lights. Recent British war games have rehearsed ways to shut off electricity in Russia’s capital, part of efforts to prepare non-nuclear ways to respond to a military attack on the West, British defense officials tell The Times of London (paywall).
Here’s Quartz, limning the paywalled Times article: “Military planners are looking for options if Russian president Vladimir Putin tests NATO’s resolve by seizing small islands belonging to Estonia, taking control of Libya’s oil reserves, or using ‘irregular forces’ to attack troops, according to the report.”
“If they sank our aircraft carrier with a nuclear-tipped torpedo, what is our response? There’s nothing between sinking their submarine and dropping a nuclear weapon on northern Kamchatka,” one senior source told the Sunday Times. “This is why cyber is so important; you can go on the offensive and turn off the lights in Moscow to tell them that they are not doing the right things.”
If you prefer to explore the limits of nuclear deterrence with a little laughter, watch this clip from the classic BBC show “Yes, Prime Minister.”

Second Skripal Poisoning Suspect ID’d. The open-source sleuths at Bellingcat believe they have identified both suspects UK authorities isolated in CCTV footage during the weekend of the Skripal poisonings back in March.
The first guy, the one with the goatee, and who travelled “under the alias of Ruslan Boshirov was identified as GRU’s Col. Anatoliy Chepiga, recipient of Russia’s highest state award,” Bellingcat writes.
This latest guy has been ID’d as “Dr. Alexander Yevgenyevich Mishkin, a trained military doctor in the employ of the GRU.”
Wait, how did Bellingcat derive this? Via “multiple open sources, testimony from people familiar with the person, as well as copies of personally identifying documents, including a scanned copy of his passport. The full identification process will be described in the upcoming full report.” Read more from Bellingcat, here.
FWIW: Reuters has a kind of “what’s going on with these reckless Russian spies” story this morning, here.

And we’ll be speaking with Bellingcat’s own Aric Toler this week about these Skripal investigations and more for our Defense One Radio podcast. So get a jump on that one by subscribing via Apple Podcasts, Google Play, Stitcher, or wherever you listen to podcasts.

Miss the latest episode with Chuck Hagel, Rosa Brooks and Mara Karlin? Listen to that one here. 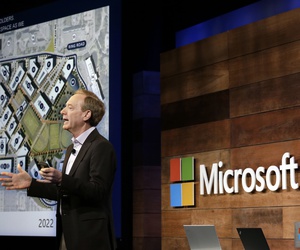 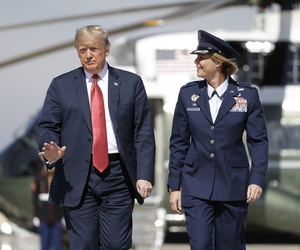 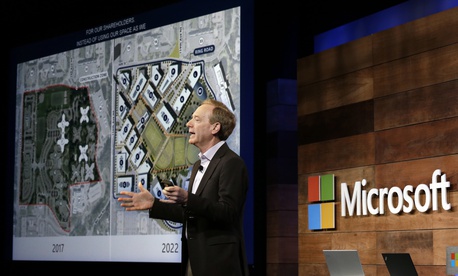 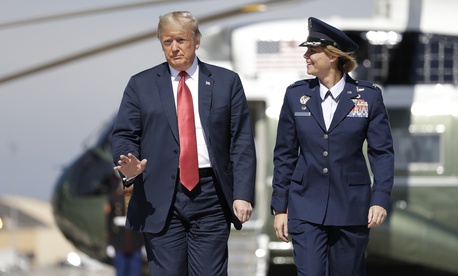