One possibility: “Kim Yong Chol may have wanted to parlay his meeting with Pompeo into a visit with Trump, but canceled the visit after being told Trump would be flying to Paris on Friday and unavailable for a meeting,” the Washington Post reports, citing “one person familiar with the situation.”

Another possibility, according to AP: “a last-minute cancellation — a familiar North Korean tactic — could be aimed at pressuring the United States to agree to a quick Trump-Kim summit because the North thinks it can win major concessions from Trump that lower-level U.S. officials might try to block.”

Which all means: We still don’t know what “denuclearizing” North Korea means or how long it will take, or when talks about those Qs will even happen next. In the meantime, North Korea still has those approx. 60 nuclear warheads and a functioning ICBM program.

A modern warship just collided with an oil tanker and nearly sank while in harbor off the coast of Norway, AP reports from Denmark. “The frigate was lying in the water almost on its side with its stern under the water.” (See also gathered imagery in the Twitter feed of IISS’s Joseph Dempsey.)

Involved: Frigate KNM Helge Ingstad, and it collided “with the [62,000-ton oil] tanker Sola TS, operating under a Maltese flag,” CNBC reports, adding, “137 crew on the navy ship were evacuated but seven have been treated for minor injuries.”

America’s Place in the World Was on the Ballot. It Lost. // Kevin Baron: Barely a word was heard about America’s fading claims to global leadership, or its wars and operations around the globe.

Can Trump and Putin Save Nuclear Arms Control In Paris? // Tom Z. Collina: Their Nov. 11 meeting might just be their last chance.

China Shows Off Self-Steering Boat that Fires Missiles // Patrick Tucker and Paulina Glass: But the U.S. still appears to have the edge in sophisticated seagoing drones.

What the Midterms Mean for National Security // Katie Bo Williams, Defense One: House Democrats are poised to boost oversight of the Pentagon — and its commander-in-chief.

Welcome to Thursday’s edition of The D Brief by Ben Watson and Bradley Peniston. If you find this useful, please consider forwarding it to a friend or colleague. On this day in 2001, U.S.-backed Northern Alliance forces in Afghanistan were embroiled in a fierce gunfight for the northern Taliban-held city of Mazar-e-Sharif. The city would fall two days later — delivering the Taliban its first major defeat in Afghanistan. Relive some of those scenes, and the days leading up to them, in the 2018 film “12 Strong,” or read the book that film was based upon, Doug Stanton’s “Horse Soldiers.”

ICYMI: A former refugee from Afghanistan is now a state representative in New Hampshire. Her name: Safiya Wazir. She’s 27, a mother to two children. Her life story involves fleeing the Taliban with her family back in 1997. She was 6 at the time.
From there, “she spent 10 years in Uzbekistan before moving to Concord,” according to Utah’s Daily Herald, reporting on election night this week. “She started high school at age 16, studying the dictionary at night and working jobs at Walmart and Goodwill. She became a U.S. citizen in 2013, and earned a business degree from Concord’s community college. She and her husband have two daughters and another baby due in January.” Read a bit more about this new Democratic state rep over at the Concord Monitor, here.

The search for justice in the shady business of recruiting interpreters for war. The Department of Justice on Wednesday charged 34-year-old Fairfax, Va., native Abdul Aman “for his role in an alleged scheme to recruit unqualified language interpreters to be deployed with U.S. combat forces in Afghanistan in 2011 and 2012.”
Aman is accused of having a pal of his falsify candidates’ language tests — for which an unnamed defense contractor handed out bonuses of between $250 and $7,000 each. Aman is set to be arraigned in court today. Read the charges (PDF) here.

SecDef Mattis has chosen to drop the “Operation Faithful Patriot” name for America’s 7,000-plus active duty troop deployment to the U.S.-Mexico border, The Wall Street Journal’s Nancy Youssef reported Wednesday.
The announcement arrived on Election Day, and troops, if asked, are told to describe it not as an operation, but “in support of Customs Border Protection,” or “in support of federal authorities,” as one PAO was whispering into reporters’ ears at the Monday Pentagon gaggle.
Task & Purpose’s headline for this news: US Troops Riding Through The Desert On A Mission With No Name

BTW: If you’re a vet, feel free to visit On the Border this Veterans Day on November 11. You’ll get a free create-your-own combo meal, according to the franchise’s website. Details here. Military Times has more discounts here.

POTUS45 installed a friendly face to oversee the investigation into his campaign’s alleged collusion with Russia. After Attorney General Jeff Sessions resigned yesterday, the president named Matthew Whitaker, formerly Sessions’ chief of staff, as acting head of the Justice Department — and designated him the person to oversee the work of special prosecutor Robert Mueller. (That job had fallen to Deputy Attorney General Rod Rosenstein after Sessions recused himself.)
Whitaker has long criticized the investigation, which raises the possibility that Trump installed him specifically to obstruct it.
Lawfare has this take: “The president fired the attorney general, as he once fired the FBI director, for plainly illegitimate reasons: because the attorney general acted appropriately on an investigative matter in which Trump himself has the deepest of personal interests. Trump does not even pretend there are other reasons. He removed the attorney general because the attorney general did not protect him from investigation. Yes, the president has the raw power to do this. But as was the case with the firing of James Comey, it is an abuse of the power he wields.” Read on, here.

Russia is “playing all sides” and making a pretty penny off U.S. sanctions on Iran’s oil program sales, The Wall Street Journal reports.
The gist: Moscow “is offering to buy Tehran’s stranded crude oil in exchange for Russian machinery and food. Meantime, Russian companies are selling oil to Europe and Asia, filling the void left by Iran’s drop in exports.” Story here.

And finally today: Russia apparently doesn’t have any dry docks available to fix its single busted aircraft carrier, The Drive reported Wednesday.
Reminder of what happened: “the country’s massive PD-50 floating dry dock sank… at the 82nd Shipbuilding Plant at Roslyakovo near Murmansk on Oct. 30, 2018” while the Adm. Kuznetsov was in the middle of an overhaul. The sinking reportedly damaged the Kuz just a bit, too.
Russia’s challenge now: Try to refloat the thing. Problem is, “Refloating anything can be an arduous task, to begin with, even before considering the environmental factors at play in Kola Peninsula region. Situated above the arctic circle, but in the path of the Gulf Stream, the average ambient temperatures in the Summer do get to an average of 60 degrees Fahrenheit, but may not ever get above freezing during the winter months.” Much more from The Drive, here. 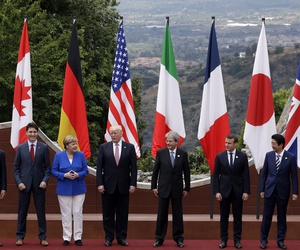 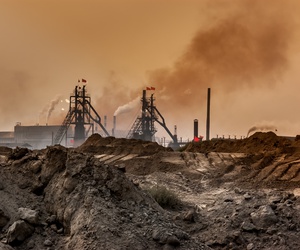 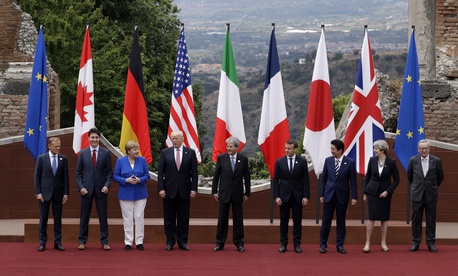 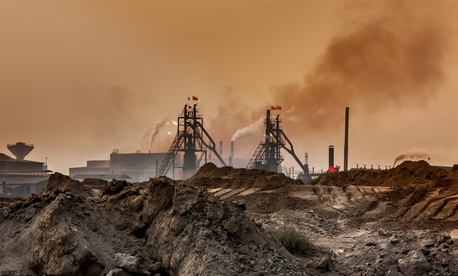