An explosion has rocked a wedding in Kabul, killing at least 40 people and wounding over 80 others, Afghanistan’s Tolo News reports this morning in a developing story.

Elsewhere, residents in multiple provinces are fleeing Taliban assaults to the more central-northern Bamiyan province — where the Taliban blew up those old Buddhist cliff statues — the Washington Post reports from Bamiyan.

Quick read: “The violence, which continued for two weeks and left more than 100 dead, took residents and police by surprise. Afghan forces ultimately quelled the assault and pushed the Taliban out of the villages, but sporadic fighting continues.”

New here: “Until now, Shiite Hazara communities in Ghazni had remained untouched. But as the Taliban, a mainly Pashtun and Sunni militant group, has expanded its territory across the country — leaving just 55 percent of Afghan districts under government control or influence — it has launched daring attacks to seize control of Hazara and Shiite strongholds in central Afghanistan.” Read on, here.

A few updated quarterly stats on the war in Afghanistan, via the U.S. Defense Department’s inspector general:

In other Af-Pak news, Islamabad has summoned the U.S. Chargé d’Affaires over President Trump’s remarks about Pakistan not doing “a damn thing” for the United States, despite $1.3 billion in recent aid. Reuters: “Foreign Secretary Tehmina Janjua called in U.S envoy Paul Jones ‘to register a strong protest on the unwarranted and unsubstantiated allegations made against Pakistan,’ Pakistan’s Foreign Ministry said in a statement.”

You or someone you know may have wondered: Why shouldn’t the U.S. leave Afghanistan already? In case you missed it, check out our Defense One Radio episode on that very question. Set aside just under an hour this holiday and listen to that show here.

Space Force Actually May Be Bargain, New Cost Estimate Says // Marcus Weisgerber: “At this point it may be a coin toss whether or not this makes it through,” says Todd Harrison.

Trump Attacks McRaven Because Everything’s Political // Andrew Kragie, The Atlantic: In an interview on Fox News, the president dismissed William McRaven as a Hillary Clinton ‘fan’ and asked why it took so long to get the al-Qaeda leader.

Mike Pence and The Return of Faith-Based Foreign Policy // Uri Friedman, The Atlantic: In Asia, Trump’s vice president delivered a Christian message all on his own.

Welcome to this Tuesday edition of The D Brief by Ben Watson and Bradley Peniston. If you find this stuff useful, consider sharing The D Brief with somebody you think might find it useful, too. And thanks for reading! On this day in 1962, President Kennedy ended the U.S. naval blockade of Cuba after Moscow agreed to withdraw its IL-28 bomber planes in Cuba within 30 days.

Meantime: Border drawdown? Politico: “The 5,800 troops who were rushed to the southwest border amid President Donald Trump’s pre-election warnings about a refugee caravan will start coming home as early as this week — just as some of those migrants are beginning to arrive.”
Army Lt. Gen. Jeffrey Buchanan: “Our end date right now is 15 December, and I’ve got no indications from anybody that we’ll go beyond that,” Buchanan, who leads the land forces of U.S. Northern Command, told Politico on Monday.
UPDATE: Politico may have gotten ahead of itself, NORTHCOM told Politico after the story went up. Which means: “No specific timeline for redeployment has been determined… We will provide more details as they become available,” a NORTHCOM spox said.
More authority to shoot? Also Monday, CNN reported that Trump is expected to give the active duty troops the authority to fire on migrants if they engage in violence that threatens Customs and Border Protection personnel or federal property. They currently can fire only in self-defense. Read, here.
Micah Zenko of Chatham House: “Having studied physical deployments of US troops, this one goes down as the most militarily pointless in modern history. It also didn’t deter the caravans, or compel greater cooperation from Mexico. So it failed on every evaluative metric. Aside for domestic politics.”

Space Force may add just $550 million to the cost of current space operations. That’s how CSIS’ Todd Harrison sees it: “creating a Space Force, large or small, amounts to nothing more than a reorganization in which money would be transferred out of the Air Force, Army and Navy into the new military service,” Defense One’s Marcus Weisgerber reports off Harrison’s presentation to reporters Monday.
The proposed new service’s annual budget might reach $21.5 billion, Harrison said. “The added cost is a handful of F-35s or less than the audit. I don’t think cost actually should be that big of factor in their decision. I think a bigger factor is whether or not it’s needed.” Read on, here.
JSF Coster, updated. Incidentally, if you’re looking to express large sums in terms of Joint Strike Fighters, former Defense One wunderkind Kedar Pavgi has updated his interactive “Things In Terms of The F-35 Cost” tool, here.

Trump reportedly said he may visit a war zone. The current commander-in-chief has yet to visit Afghanistan, Iraq, and other places where American service members are fighting under his command. He has told aides that the long flights and security risks have kept him from going.
But now, stung by media coverage of his no-show at a WWI-centenary memorial in France; and his subsequent decision not to visit Arlington National Cemetery on Veterans’ Day, Trump has reportedly told advisers that he is considering such a trip. Washington Post, here.

Expect more overlapping climate-related disasters, says a new paper in Nature Climate Change. Already today, one author told the New York Times, “Florida had recently experienced extreme drought, record high temperatures and wildfires — and also Hurricane Michael, the powerful Category 4 storm that slammed into the Panhandle last month. Similarly, California is suffering through the worst wildfires the state has ever seen, as well as drought, extreme heat waves and degraded air quality that threatens the health of residents.”
“Things will get worse, the authors wrote,” according to the Times. The paper projects future trends and suggests that, by 2100, unless humanity takes forceful action to curb the greenhouse gas emissions that drive climate change, some tropical coastal areas of the planet, like the Atlantic coast of South and Central America, could be hit by as many as six crises at a time.” Read on, here.

The White House is now considering labeling Venezuela a state sponsor of terrorism, Reuters reported Monday evening.
Where this is coming from: Florida Republican Sen. Marco “Rubio and two other Republican senators sent a letter to Secretary of State Mike Pompeo in September urging him to name Venezuela a state sponsor of terrorism and accusing it of links to Lebanon’s Hezbollah militant group and the Revolutionary Armed Forces of Colombia, or FARC, but they offered no proof.”
Currently on that list: North Korea, Iran, Sudan, and Syria. More here.

In good news this week: Australian authorities may have prevented a “mass attack” in Melbourne. “Police said three men, Hanifi Halis, 21, Samed Erikioglu, 26 and Ertunc Erikioglu, 30, were taken into custody after they allegedly sought to acquire a semi-automatic gun to carry out an attack. All three men were charged with planning a terrorist act, police said. They are all Australian citizens and their passports were canceled earlier this year.”
Needles in a haystack: “Police said they are now combing through 17,000 intercepted phone calls and 10,500 messages exchanged between the group as part of evidence collected during their arrests. Police said it will take several months to transcribe the calls and messages.”
Worth noting: “The arrests came less than two weeks after a man set fire to a pickup truck laden with gas cylinders in the center of Melbourne and stabbed three people, killing one, before he was shot by police.” Read on, here.

And finally: For your eyes only (U.S. edition): The first-ever F-35 elephant walk exercise at Hill Air Force Base in Utah. The Drive has the image and the details of all 35 F-35s, all of which took flight during the exercise, here.
For your eyes only (Russian edition): Moscow’s most advanced jet, the Su-57, appears to have flown recently over Syria, according to this footage released Monday by the Russian Ministry of Defense.
ICYMI: The Su-57 is numbered as such because F-35 + F-22 = you get it. 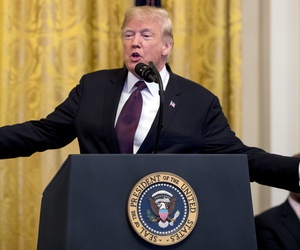 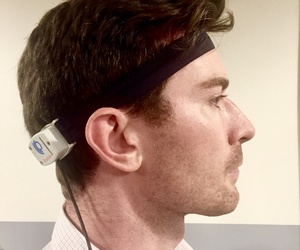 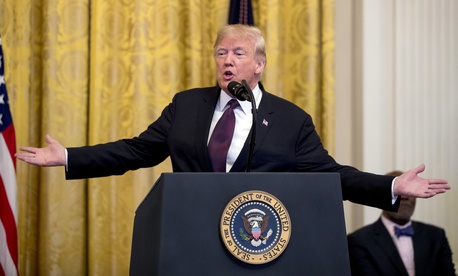 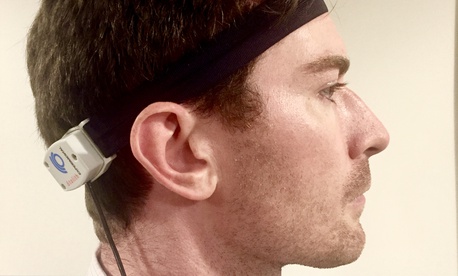