Ukraine goes on war footing after Russia seizes three naval vessels and 23 sailors. In Kiev, the parliament approved President Petro Poroshenko’s request to declare martial law in the country’s border regions, including along the Sea of Azov, where Russian naval units seized two Ukrainian gunboats, a naval tug, and their crews on Sunday. NPR has more, here.

It “was the first overt armed conflict between the two sides” since Russian special forces occupied Crimea in 2014, the New York Times reported. Since then, Ukrainian soldiers and Russian-backed separatists have skirmished in eastern Ukraine, a conflict that “has sputtered along for almost five years with more than 10,000 people killed.”

What 30 days of martial law means, via the Associated Press:

A court in illegally annexed Crimea has ordered one of the Ukrainian sailors detained for two months, Reuters reports from Moscow. “Rulings for possible arrest of 11 more Ukrainian seamen are expected later in the day while the court will rule on the remaining 12 on Wednesday,” AP adds. Russia has also released a video purporting to show the captured sailors confessing to starting the whole thing.

But Ukraine has its own audio evidence: a purported recording of radio conversation between Russian sailors and their commanders ashore. D1’s Patrick Tucker reports that an investigator with Bellingcat said the private group had obtained the recording independently from another source, lending credence to its authenticity. Listen to the recording — with a translated transcript by Ukrainian officials — here.

Global reaction. Bloomberg: “European Union governments are discussing sanctions on Russia in the wake of its latest confrontation with Ukraine, though no action is likely until the facts are fully established, a German official said….While it appears Russia was mainly responsible for the incident, the two sides are blaming each other and more evidence will have to be sought on what happened, according to the official, who asked not to be identified discussing private deliberations.”

At the White House Monday, President Trump chose first to send a warning to America’s allies, tweeting: “Europe has to pay their fair share for Military Protection. The European Union, for many years, has taken advantage of us on Trade, and then they don’t live up to their Military commitment through NATO. Things must change fast!”

No such qualms from outgoing U.N. Ambassador Nikki Haley, who urged Russia to “immediately cease its unlawful conduct” in the Black Sea. (Those quotes via AP, here.)

Will Haley be the last Trump official who stands up to Russia? The Atlantic’s Krishnadev Calamur notes that Haley will be departing at year’s end. Then what?

Trump and Putin are set to meet this week on the sidelines of the G-20 summit in Argentina, AP reports.

Will Nikki Haley Be The Last Trump Official Who Stands Up to Russia? // Krishnadev Calamur, The Atlantic: The American ambassador to the UN, who is stepping down this year, is perhaps the Trump administration’s most forceful, but often solitary, critic of Moscow.

Why Publish a Dire Federal Climate Report on Black Friday? // Robinson Meyer, The Atlantic: In a massive new report, federal scientists contradict President Trump and assert that climate change is an intensifying danger to the United States. Too bad it came out on a holiday.

Welcome to this Tuesday edition of The D Brief by Ben Watson and Bradley Peniston. Thanks for reading! And if you find this stuff useful, consider sharing it with somebody you think might find it useful, too. On this day in 1901, the U.S. Army War College was established in Washington, D.C.

Three American troops were killed today in Afghanistan by an IED blast claimed by the Taliban near Ghazni City in eastern Afghanistan. Three other U.S. service members were wounded, along with an American contractor, in the attack — which the Associated Press reports “appeared to be the deadliest attack on American forces since June 2017.”
ICYMI: Another U.S. soldier was killed last week, 25-year-old Army Ranger Sgt. Leandro Jasso from Washington state. He was hit by small arms fire during combat against al-Qaeda in Helmand province, according to the NATO-led Resolute Support command. He died a short while later during medical treatment. More from AP, here.
Update: This morning, Resolute Support officials said in a statement that Jasso “was likely accidentally shot by our Afghan partner force,” according to an internal investigation. “There are no indications he was shot intentionally,” the statement added, citing “early interviews indicat[ing]… the partnered force became engaged in a close-quarter battle during an assault on one of multiple barricaded al Qaeda shooters.”
For the record, 13 American troops have been killed in Afghanistan this year. (In 2017 — 15 died; in 2016 — 11.) Read each one of their names, ages, branch of service and hometowns, here.

The U.S. military is considering extending the U.S. troop deployment on the southern border, The Wall Street Journal reports this morning.
The short read: An “extension” of the current duration — planned through mid-December — is “very likely,” an unnamed official told the Journal. More (paywall alert) here.

Some reasons why people might be fleeing Honduras: Corruption and drug smuggling that reaches as high as the “brother of Honduran President Juan Orlando Hernandez,” a former Honduras congressman. That guy was charged Monday “in the U.S. with scheming to bring tons of cocaine into the country,” AP reported from New York. (Read the Department of Justice’s release here.)
This guy and his pals helped coordinate “multi-ton loads of U.S.-bound cocaine,” AP reports. “The indictment portrays Tony Hernandez as ‘a large-scale drug trafficker’ involved for over a decade in receiving, processing and distributing coke that came from such countries as Colombia via planes, go-fast boats — and at least once, a submarine — and made their way through Honduras en route to the United States.” More to the story, here.

And finally today — well, tomorrow actually:“SpaceX will hoist 64 satellites at once, the largest number for a single mission on US soil,” WIRED’s Mark Harris reports.
Notable: “Eight of the satellites on board a Falcon 9 from Vandenberg Air Force Base will be from companies hoping to build a truly global Internet of Things (IoT) by revolutionizing satellite communications.”
Also going up: “dozens of Earth observation satellites, educational projects, scientific, government and military satellites, as well as two art projects and even a shooting star memorial containing cremated human remains.” Read on, here. 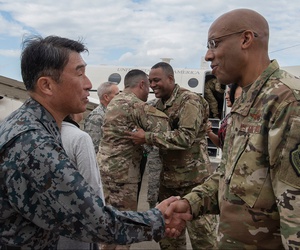 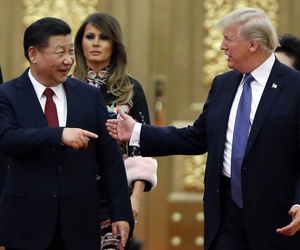 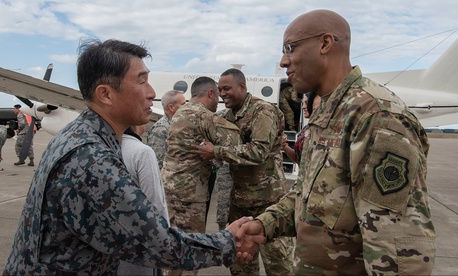 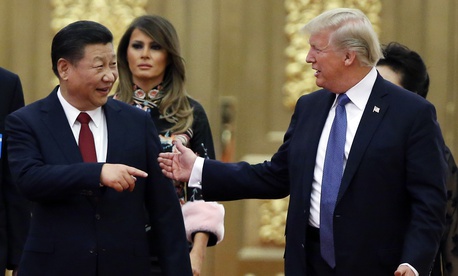