Trump’s Oval Office address. In a 9-minute speech on Tuesday evening, the president painted a dire threat picture of security at America’s southern border — but offered little new to persuade Congress to provide $5.7 billion to beef up border barriers.

Fact-check: As foreshadowed, the address contained several false or misleading statements, the first coming in the very first sentence, according to Washington Post. That: Trump warned of a “security crisis at the southern border” — even though, the Post reports, “the number of people caught trying to cross illegally is near 20-year lows.”

Missing: The claim that large numbers of terrorists are coming across the border. That had been roundly challenged by fact-checkers and even a Fox TV anchor.

Miss Trump’s address? Here’s a transcript, and a transcript of the Democrats’ four-minute response.

So the shutdown saunters into its 19th day, with Trump seemingly unwilling either to relinquish his demands for wall funding or strike a deal with Congress, GovExec’s Eric Katz reports.

Next up: Trump is to visit the Capitol on Wednesday for lunch with Senate Republicans, followed by a meeting with congressional leaders to resume budget talks. And later this week, he’s planning a trip to the border for what he called a photo opportunity that “is not going to change a damn thing,” the New York Times reported.

As Arctic Warms, US Navy Considering Summer Transit, Bering Sea Port // Patrick Tucker: The Navy secretary says his service must be ready to answer Russian moves at the top of the world

Russia: Expect a National AI Roadmap by Midyear // Samuel Bendett: Moscow is starting to put financial and logistical muscle behind its efforts to develop artificial intelligence.

Why China’s Military Wants to Beat the US to a Next-Gen Cell Network // Elsa B. Kania: For Beijing, the race to 5G has always been linked to its national strategy for military-civil fusion.

The US Isn’t Really Leaving Syria and Afghanistan // Dominic Tierney, The Atlantic: Even if American troops come home in a timely fashion, they will likely return before long.

Welcome to this Wednesday edition of The D Brief by Bradley Peniston and Ben Watson. Thanks for reading! On this day in 1861, shots fired! — the first between the North and the South, the latter being only about a month old by this time. Star of the West, a civilian ship from the North took cannon fire as it arrived to Charleston Harbor, S.C. to resupply troops at Fort Sumter. Had the North’s troops at Sumter decided to defend the Star of the West, the civil war would likely have begun that day — almost exactly four months before it eventually did, and at Sumter, no less.

Trump is mulling sending fewer troops home from Afghanistan than he first wanted, the Washington Post reported Tuesday, citing six U.S. officials.
The new estimate of troops leaving: “a few thousand,” according to Pentagon plans in the works — plans which “would mark nearly a full rollback of the 3,900-troop increase Trump authorized in August 2017, after months of internal debate and strong advocacy from then-Defense Secretary Jim Mattis, who resigned last month.”
BLUF: “Military advisers have convinced him that a smaller, and slower, withdrawal is best for now.”
Critical caveat: “officials cautioned that a final decision had not been reached and that the president could order a full pullout at any moment.” Read on, here.

America’s partnered forces inside Syria say they’ve captured another American from ISIS. The Kurdish YPG listed the man’s name — er, teenager’s name, if what the YPG alleges is actually true — along with seven other “ISIS terrorists of foreign origins [that] have been captured in a special operations by our counter-terrorism units in Deir al-Zour,” the YPG said in their statement.
The alleged U.S. citizen captured is listed as a 16 year old, and is easily the youngest member of the eight fighters captured by the YPG in their assault of ISIS territory near Hajin, Syria. The others captured are allegedly from Russia, Germany, Ukraine, Tajikistan, Kazakhstan, and Uzbekistan. The oldest was an Uzbek aged 58; most were closer to their mid-20s, early 30s.

The cost of speaking out against Turkey’s Erdogan. New York Knicks center Enes Kanter will reportedly skip an upcoming game in London because he fears Turkish spies might kill him there, The New York Times reports.
Quick background: Kanter is facing charges of four years in prison for insulting Erdogan on social media. The insults involve calling Erdogan “a lunatic, a maniac and a dictator in one fell swoop,” the Times writes. Read an example tweet of his, here.
Sticking point for Erdogan: “Kanter has a close relationship with Fethullah Gulen, a cleric who has lived in self-imposed exile in Pennsylvania for nearly 20 years and who the Turkish government has accused of masterminding a bloody coup attempt in July 2016. Gulen denies the accusation. Kanter visits Gulen every two weeks when not traveling with the Knicks.” Enes’ dad also faces charges of up to 10 years in prison, which could come as soon as March. More from the Times, here.
And if you were an NBA fan in the late 90s/early 2000s, you’ll recognize another name in this Erdogan v. Gulen/Kanter controversy: Hedo Turkoglu, who is now an advisor to Erdogan. ESPN has that angle, here.

U.S. State Secretary Mike Pompeo made an unannounced visit to Baghdad today, the Associated Press reports traveling with the secretary.
His audience: Prime Minister Adel Abdul-Mahdi, President Barham Salih, Foreign Minister Mohamed Alhakim and Parliament Speaker Mohamed al-Halbousi.
Worth noting: “Pompeo’s visit is the third high-profile visit by an American official to Iraq in the last month,” AP writes.
Any public remarks out of these talks? No.
Context of these talks: President Trump’s desire to pull U.S. troops out of Syria.
Also: The U.S. military has reportedly set up two new bases on the Iraqi side of the Syrian-Iraq border since the news of Trump’s desired withdrawal initially broke on December 19.
Recall as well, the initial word on all that was Trump wanted everybody out in 30 days, then it became four months. And now? Nobody seems to really know, especially after Tuesday’s anti-Bolton messaging in Ankara by Turkey’s Erdogan.
Next up for SecState: Cairo later today.

Pompeo dropped by Jordan on Tuesday. His message there: “the [Syrian] pullout would not detract from U.S. efforts to marginalize Iran,” AP reports.

Iran still wants to send a new satellite into space — the satellite Pompeo says (WaPo) could be a component of an ICBM. CNN has satellite imagery of where Iran would likely launch it from, here.
Useful info on what Iran is launching: “The Simorgh is a two-stage space launch vehicle that uses a cluster of four Shahab-3 engines in its first stage and smaller steering engines in its upper stage.” That comes from Jeffrey Lewis, of the Middlebury Institute of International Studies at Monterey.
Extra reading: “Did Iran plot 4 attacks in Europe? The Dutch government thinks so.” That from WaPo, here.

This sounds collusion-y… “Accusations that Paul Manafort shared polling data were inadvertently revealed in a court filing by his lawyers,” The New York Times reported Tuesday. The person Manafort shared the polling data with: Konstantin V. Kilimnik, a man with known links to Russian intelligence. Story, here.
Said former U.S. Ambassador to Russia, Michael McFaul: “If proven, then call it by whatever c word that you want — collusion, cooperation, conspiracy — but this is serious.”
More on the implications to be drawn so far, via Benjamin Wittes at Lawfare, here.

ICYMI: A declassified argument by a 9/11 case lawyer with a top-secret clearance appears to disclose an unknown chapter of the CIA Director Gina Haspel’s covert career, Carol Rosenberg of the Miami Herald reported Tuesday.

Didn’t you get the memo? The Pentagon let an estimated $28 billion expire in fiscal 2018 — money that now can’t be used for new spending, Bloomberg’s Tony Capaccio reported Tuesday.
His jump: “a report by its inspector general on results of the Pentagon’s first-ever audit.” Find that report, here.
Said a Pentagon spox to Bloomberg: “Lost in the wording of the IG report is the fact that the $28 billion actually began expiring in fiscal year 2013. The total amount expired is over a five-year period. This is less than one percent of the department’s budget over that time period.”
What now? This news “could hamper [the U.S. military’s] case for more money in fiscal 2020 as a divided Congress will consider the budget request scheduled for Feb. 4,” Capaccio writes. “Lawmakers and President Donald Trump also will need to come to an agreement to lift spending caps set to trigger in fiscal years 2020 and 2021.” Read on, here.

And finally today: Need to track a cell phone to its exact location? All you need is $300, and to read this unsettling report from Vice Motherboard Cybersecurity Reporter Joseph Cox.
The gist: AT&T, T-Mobile, Sprint are all selling customers’ real-time location data, and it ultimately ends up in the hands of bounty hunters.
“This is a holy shit story,” said Johns Hopkins professor Thomas Rid. “In plain English: if you’re in the US, and if you have a phone, your carrier is effectively hacking you—every day, all the time.”
Related reading: “How the Russian cybersecurity firm Kaspersky Lab helped the government catch NSA contractor Harold Martin,” via Politico this morning. 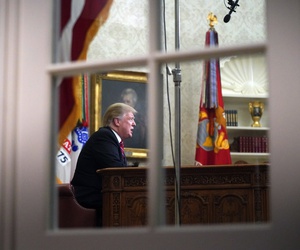 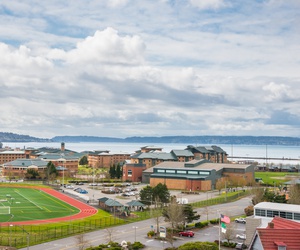 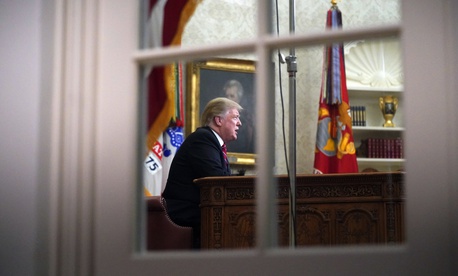 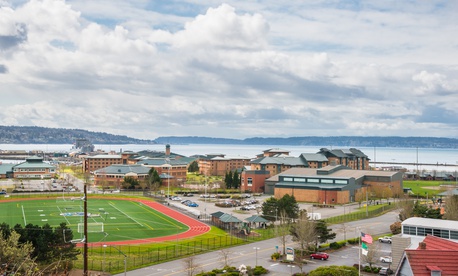