Location: a training center for Afghanistan’s National Directorate of Security forces at Maidan Shahr, the capital of Wardak province.

What reportedly transpired: A Taliban suicide bomber detonated an explosives-laden Humvee at the entrance of the base. The explosion apparently collapsed the roof of a building onto dozens of recruits and officers. Then at least two (Reuters) or three (Voice of America) or four Taliban fighters (Afghanistan’s Tolo News) dressed in NDS uniforms stormed the base and began shooting. The assault lasted nearly five hours before the shooters were killed by Afghan security forces.

Monday’s assault was the deadliest by the Taliban in five months. That attack would be the surge into central Ghazni province in August. That operation killed 150 Afghan security forces and left another 95 civilians dead, “as well as hundreds of Taliban fighters,” Reuters reminds us.

Reminder: There are still U.S.-Taliban negotiations going on. In fact, Reuters reports, “The attack, the most serious against Afghan forces in months, occurred on the same day that Taliban representatives met Zalmay Khalilzad, the U.S. special envoy for peace in Afghanistan, in Qatar.”

What the Taliban (still) wants out of talks with Khalilzad: “[T]hat the US withdraw its forces from Afghanistan, release its prisoners, and remove Taliban leaders from the United Nations blacklist. The Taliban also maintains that only its Islamic Emirate of Afghanistan is the legitimate representative of the Afghan people, and that imposing an ‘Islamic government’ on them is the only acceptable outcome.” More on those dim prospects from The Long War Journal’s Bill Roggio, here.

ICYMI: Khalilzad has been traveling a lot lately. Just before Monday’s Taliban pow-wow in Qatar, he dropped by Pakistan to meet with Prime Minister Imran Khan to talk about Khalilzad’s mandate. Before that it was Kabul, China and India for the same thing — all in the last 12 days.

One more thing: Almost exactly a year ago, the Taliban stormed a hotel in Kabul and killed at least 40 people. One of the survivors tells his story for the BBC. And it’s an incredible one involving laying on the floor beneath a bed that the Taliban sat down upon mid-assault.

A short excerpt: “They shot through the lock, hit the door with a heavy hammer and then four men came into my room. One immediately ran to the balcony because he saw that the door was open. I heard gunfire from a pistol, one shot, and I thought that in the next few seconds I was probably going to die. I thought about my family, the faces of my children, and the good and bad moments in my life.” Read on, here.

How to Defeat Hybrid Warfare Before It Starts // Luke Coffey: A well-governed society is a resilient society.

The Shutdown Is Great News for Russia // Richard Fontaine, The Atlantic: The competition of democracy versus dictatorship is to a degree a contest of narratives.

Zap: How Electric Therapy Is Curing Navy SEALs of PTSD … And Could Remake Brain Science // Patrick Tucker: Hundreds of vets have tried out an experimental new treatment that could change how the world addresses mental disorders.

Let’s Make This the Last Shutdown. Please. // Robert M. Tobias, Brookings: Congress can pass a law saying that if no budget is passed as the fiscal year expires, the government proceeds at current funding levels.

The New Missile-Defense Policy Won’t Maker Us Safer // Eric Gomez: Instead, it will encourage rogue states to nuke first in a conflict, and will increase the risk of escalation in a great-power war.

Welcome to this Tuesday edition of The D Brief by Ben Watson and Bradley Peniston. On this day in 1946, President Truman signed a directive establishing the National Intelligence Authority and the Central Intelligence Group, which were the forerunners to the CIA.

The war against al-Shabaab in Somalia has been very hot these past few days. Recall that last Tuesday Shabaab fighters attacked a popular hotel in Nairobi, killing at least 21 civilians. The latest violence involves a U.S. airstrike on Saturday against suspected members of the group in the south. That strike is believed to have killed 52 fighters, according to U.S. Africa Command.
One day before that U.S. airstrike, Shabaab fighters ambushed an Ethiopian military convoy near Baidoa in Somalia’s southwest. Shabaab then attacked another Somali base Saturday morning in Sanguni, 50 km north of Kismayo, Voice of America’s Harun Maruf reported.
So that’s three significant recent offensives/attacks from Shabaab. And on the U.S. side of the ledger, there have been six airstrikes against Shabaab during 2019 so far — and that follows last year’s record annual high of 47 strikes, according to The Long War Journal.
Worth the click: This report from late last week on “America’s other endless war” in Somalia by The Wall Street Journal’s Michael Phillips.

The U.S. military in Syria is “embarrassed” and “constantly apologizing” for President Trump’s decision to pull the U.S. out of Syria, NBC News’ Richard Engel and Kennett Werner reported Monday on location after interviewing U.S.-backed commanders of the Syrian Democratic Forces in Kobane.
NBC’s source for this account: Gen. Mazlum Kobane, “who is in charge of the coalition of militias known as the Syrian Democratic Forces.” Said Kobane to NBC: “It was a joint war, but they left us in the middle of the road… They are embarrassed. They didn’t expect this decision. It’s out of their hands, and they are constantly apologizing for it.”
So how much is left of ISIS in Syria? The New York Times’ Rukmini Callimachi fills us in on the obscure details of what remains of the group’s final smack of turf in the Middle Euphrates River Valley, here.

In a rare move, Israel announced its jets were “striking Iranian Quds targets in Syrian territory” after a medium-range missile was launched from Syria into the Golan Heights on Sunday. That medium-range missile triggered Israel’s Iron Dome air defense system, which you can see in this purported video footage of the intercept shot while folks were skiing Sunday afternoon on Israel’s Mount Hermon.
Alleged Iranian targets inside Syria included “munition storage facilities, an intelligence site and a military training camp, as well as a number of Syrian air defense batteries” in and around Damascus, according to CNN and Haaretz, reporting the day after. Twenty-one people were believed to have been killed in the airstrikes, including nearly a dozen members of Iran’s Revolutionary Guards.

A second Trump-Kim summit is now set for late February, possibly in Danang, Vietnam. Last year’s unprecedented meeting ultimately produced little progress toward the Trump administration goal of removing North Korea’s ability to strike the United States with nuclear weapons; the president hopes that a second meeting with Kim will have different results. Washington Post: “In recent months, the talks have stalled as North Korea refused demands from U.S. negotiators to provide a detailed inventory of its nuclear and missile programs. Kim Jong Un has made clear he objects because doing so would be tantamount to giving the United States a list of targets. Instead, Pyongyang has insisted that the United States lift economic sanctions on North Korea and offer a security guarantee to the isolated regime before it makes any further concessions.”
Don’t miss this from last Thursday’s Missile Defense Review: “While a possible new avenue to peace now exists with North Korea, it continues to pose an extraordinary threat and the United States must remain vigilant.”
Said the Council on Foreign Relation’s Richard Haass: A “summit is not necessarily great news. Neither Singapore nor Helsinki advanced US national security. It all depends on how well a summit is prepared and handled and what @realDonaldTrump offers and demands in return. Recent history hardly reassuring.”

Shutdown, Day 31: “I can see people panicking, and they have every right to,” says the wife of an Coast Guard electronics specialist in Cape May, N.J. Her husband is among the 6,000 USCG civilians furloughed since December. “Unlike the Defense Department’s branches of the military, the Coast Guard is operating without a budget, marking the first time in more than a century that part of the armed forces has had paychecks withheld,” the Washington Post’s Dan Lamothe reports.

BTW: In North Dakota, the local Somali community served lunch to airport security agents going without pay due to the U.S. government shutdown, VOA’s Harun Maruf shared on Twitter this weekend.
Reminder: Folks like Maruf are among those not getting paid during this shutdown. Hear Maruf share some insights he’s learned reporting on al-Shabaab from Somalia in episode 24 of Defense One Radio. That was part of press for his recent book on the group called “Inside al-Shabaab: The Secret History of Al-Qaeda’s Most Powerful Ally, which you can find on Amazon, here.

And finally today: We leave you today with an unusual story at the crossroads of privacy and technology… and alleged criminal activity. The quick read, via P.W. Singer: “Runner found to be a hitman after his Garmin connects him to two different crime scenes.” Story via Runner’s World, here. 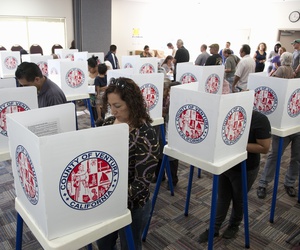 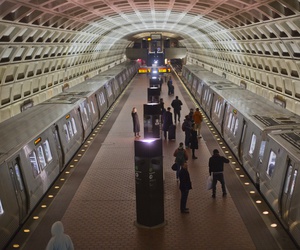 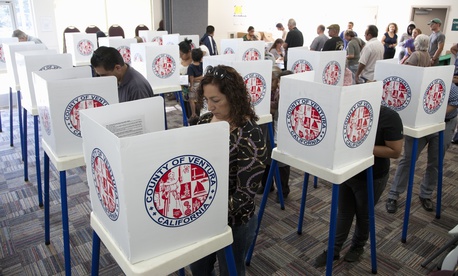 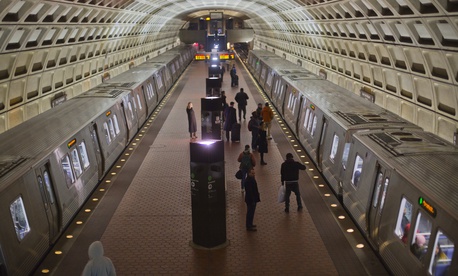