Former U.S. Afghan Amb. Ryan Crocker warns the Taliban will retake the country if President Trump orders American troops out within 18 months, as the latest from U.S.-Taliban negotiations indicate. That’s one of Crocker’s positions in this interview with Foreign Policy posted Monday.

About that 18-month plan: Taliban sources told Reuters Saturday that according to the latest draft of the U.S.-Taliban plan, “In 18 months, if the foreign forces are withdrawn and ceasefire is implemented, then other aspects of the peace process can be put into action.”

What “other aspects of the peace process” are they talking about? Speaking with the current Afghan government in Kabul, for one thing. Others, if you believe the Taliban, include “provisions that separatist militants from Balochistan, a resource-rich southwestern Pakistani province, will not be allowed to use Afghan soil to target Pakistan.”

The latest? “American and Taliban officials have agreed in principle to the framework of a deal,” according to White House Afghan envoy Zalmay Khalilzad, who spoke with The New York Times on Monday after nearly six days of talks with the Taliban in Qatar last week.

So here’s your peace plan/process at the moment: The Taliban “guarantee Afghan territory is never used by terrorists,” then the group must agree “to a cease-fire and to talk directly with the Afghan government.” And all that must happen before the U.S. would consider a full withdrawal of American troops from the country. A U.S. official told the Times the deal and its components altogether resemble a Russian nesting doll.

Where things stand now: The Taliban reps are asking the group’s leadership what their position is on that ceasefire, and whether or not they should speak to officials from the Kabul government. Neither of those is promising at the moment, Taliban reps told the Times. Read on, here.

One more thing: Kabul revised its casualty stats (upward). Afghan President Ashraf Ghani said last week in Davos that 45,000 members of the Afghan security forces have been killed since he took office in 2014 — which is “almost double what was previously thought,” the BBC notes.

Acting SecDef: I Haven’t Told the Pentagon to Prep for Afghanistan Withdrawal // Katie Bo Williams: In his first remarks to media as defense chief, Pat Shanahan says U.S. leaders are keeping their eyes on peace talks.

The Terrorism That Doesn’t Spark a Panic // Adam Serwer, The Atlantic: Americans should react to violence from religious and ethnic minorities with the same sense of proportion they reserve for far-right extremists.

What to Ask Defense Leaders About the Border Deployment // Brian P. McKeon: On Tuesday, a Trump administration official will make his first appearance before a House Armed Services Committee led by Democrats.

Trump Is Destroying His Own Case for a National Emergency // Elizabeth Goitein, The Atlantic: By waiting for Congress to act, the president is undermining the legal basis for any declaration.

Welcome to this Tuesday edition of The D Brief by Ben Watson and Bradley Peniston. On this day in 1964: The dark comedy film, “Dr. Strangelove or: How I Learned to Stop Worrying and Love the Bomb,” opened in theaters across the U.S. So many great lines to share, but we’re gonna go with the classic war room scene, via YouTube.

Protip for iPhone users from the White House Cybersecurity Coordinator: “Turn off [the] FaceTime app until Apple issues a patch for iOS and you install it.”
Why: On Monday we learned a “Major iPhone FaceTime bug lets you hear the audio of the person you are calling … before they pick up,” 9to5Mac reported.
Their advice: “Until Apple fixes the bug, it’s not clear how to defend yourself against this attack either aside from disabling FaceTime altogether.”
How to turn off the app: “Go to settings.  Scroll down to FaceTime (green icon with camera) and switch off.” Thanks, Rob.

NSA John Bolton’s OPSEC tease. “5000 troops to Colombia” read one of just two lines of written text from John Bolton’s memo as he turned to face reporters with cameras on Monday in the White House Briefing Room. The other line of text read “Afghanistan -> welcome the talking.” Quite a few noticed the possible notepad OPSEC moment and shared on Twitter Monday, including former CIA-er Ned Price.
NBC’s Courtney Kube asked the Pentagon about these “troops to Colombia,” and they replied there are “No US troops or assets are heading to Colombia or Venezuela.”
Said a White House spox when asked about it later in the day (CNN): “As the President has said, all options are on the table.”
FWIW: Colombia is as puzzled as the rest of us, judging by last night’s remarks from its foreign minister.

It’s Worldwide Threat Assessment day on Capitol Hill, as ODNI Dan Coats returns to his old stomping grounds to deliver this year’s “Worldwide Threat Assessment of the US Intelligence Community” to the Senate Intelligence Committee. Watch, live. Or follow @ODNIgov for live-tweeting.
Among the early points from his testimony, via USA Today’s Brad Heath: “North Korea ‘retains its WMD capabilities’ and is ‘unlikely’ to give them up. ‘North Korean leaders view nuclear arms as critical to regime survival.’”

On HASC’s docket today: DoD policy on that U.S.-Mexico border deployment. “For Trump officials representing the Defense Department, Tuesday’s House Armed Services Committee hearing will offer a new experience: hard questions from an opposition party that leads a house of Congress,” writes Brian P. McKeon, a former principal deputy defense undersecretary for policy. “Its members are inquiring into the President’s decision, on the eve of the midterm elections, to deploy thousands of active-duty forces to America’s southwest border. The key question: Was it a political stunt or a justifiable use of the military?”
The hearing will be led by Rep. Adam Smith, D-Wash., who told NPR this morning: “We want an explanation of the policy. We want to shine a light on it and make it clear in my view that there is no legitimate purpose here. And if there’s no legitimate purpose, then why are you wasting the amount of money that you’re wasting to put them down there?”
Writing in Defense One, McKeon offers a few specific questions he would like answered:

Four Houston police officers were shot during a drug raid Monday. When a narcotics squad broke down the front door of a Pecan Park house, a man suspected of heroin trafficking opened fire, wounding four officers, two critically. Two alleged drug dealers were killed in the shootout, the Houston Chronicle reports.
20 people have died in mass shootings in the past five days in America. Other shooters killed five in Gonzales, La., on Jan. 26; four in Rockmart, Ga., on Jan. 24; and four in State College, Pa., on Jan. 23.

Here are a few survival tips for anyone caught in mass shootings:

And lastly today, The Onion’s take on Afghan peace talks: “We’re willing to come to the table to achieve a peace between our two sides that is long overdue, but, given their past, we do have lingering concerns about whether human rights will be respected by the United States,” Taliban spokesman Abaan al-Tawil. “I mean, Christ, they have kids in cages.” Read on, here. 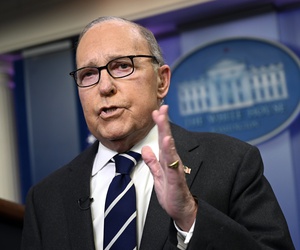 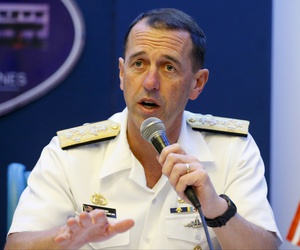 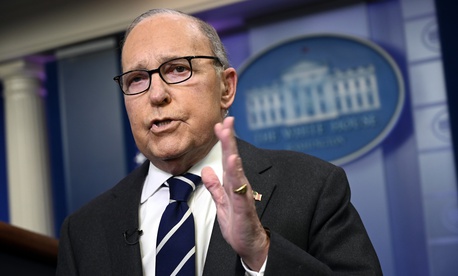 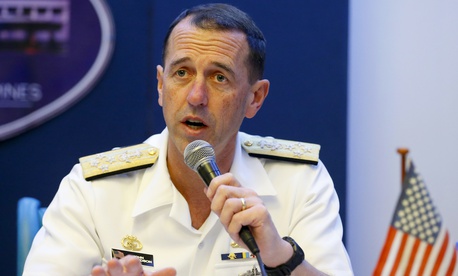