The U.S. military is preparing to leave Syria by the end of April, “even though the Trump admin has no plan yet to protect its Kurdish partners from attack when they leave,” The Wall Street Journal’s Dion Nissenbaum and Nancy Youssef reported Thursday.

Citing “current and former U.S. officials,” Nissenbaum and Youssef write, “Unless the Trump administration alters course, the military plans to pull a significant portion of its forces out by mid-March, with a full withdrawal coming by the end of April, they said. Still, the military planning comes as the State Department maintains that there is no timetable for a withdrawal.”

It’s not only the State Department. CENTCOM’s Gen. Joseph Votel told lawmakers literally on Tuesday that the pullout from Syria was neither time- nor conditions-based and that he was under no “pressure to be out by a specific date.” Go back and read Defense One’s Katie Bo Williams’ dispatch from the hearing, here.

Said Germany’s Angela Merkel today in Berlin: “The so-called Islamic State has been luckily driven out of its territory but this unfortunately doesn’t mean that Islamic State has disappeared… It is transforming into an asymmetrical warfare force. And this, of course, is a threat.”

The setting: the inauguration of the HQs for Germany’s foreign intelligence agency, BND. Reuters reports Merkel flagged “events in Syria [as] one of the BND’s top priorities, which also include tracking cyber threats and fake news designed to influence democratic elections.”

The US Military Is Chopping Up Its Iron Man Suit For Parts // Patrick Tucker: SOCOM’s much-anticipated super suit won’t be here for Christmas.

Two Ways the Venezuelan Crisis Might End // John Turner: President Maduro seems likely to hold power only as long as he can pay off military elites.

South Korea Becomes a Testing Ground for Trump’s Grievances With Allies // The Atlantic’s Uri Friedman: The motto for the U.S.–South Korea alliance isn’t “We go together, if I get enough money as reimbursement,” one analyst observed.

Pentagon Pushes for Speed in Cloud Strategy // Frank Konkel, Nextgov: The Defense Department expects multiple providers to support the different kinds of clouds of its missions.

Welcome to this Friday edition of The D Brief by Ben Watson and Bradley Peniston. Thanks for reading! And if you’re not subscribed, you can do that here. On this day in 1820, William Tecumseh Sherman was born in Lancaster, Ohio.

Could the two tracks of Afghan talks — the U.S. and Russia’s — come together? Perhaps, and perhaps even sooner than you might think Afghan analyst Barnett Rubin suggested on Twitter after reading this new explainer from Frud Bezhan of Radio Free Europe / Radio Liberty.
Pakistan is taking these talks much more seriously now, too, including (surprise) helping facilitate travel for Taliban reps, Reuters reported this morning from Peshawar.
But there’s a bit more: “In one instance, Islamabad sent a message to the militants through religious leaders that they had to talk to the United States or risk a cut-off in ties. They detained Taliban members’ families as a way to pressure them, a Taliban leader told Reuters.” Read on, here.
Tune in today: At 2 p.m., Zalmay Khalilzad will make his first public appearance since his appointment as America’s Special Representative for Afghanistan Reconciliation. The event at the U.S. Institute of Peace in Washington, D.C., will be live-streamed here.

A $1.4 million cloud over U.S. Army Europe. The Pentagon is reportedly looking into allegations that “more than $1.4 million in foreign military funds [was] distributed without official authorization in the fall of 2017” by U.S. Army Europe officials who then later “intentionally concealed relevant information and lied to the U.S. Embassy’s financial office,” according to Newsweek’s Jim LaPorta. But don’t get too upset, because he writes, an “Army source said the payments were mishandled on paper but not in practice.”

The more you know: Russia’s spy agency appears to take its assassination decisions alarmingly lightly, (h/t @MaxRTucker) according to this new investigation from the open-source sleuths at Bellingcat.

For your eyes only: Iran has drawn up an animation to inform us that its submarines can now sink an incredibly undersized American aircraft carrier (h/t FP’s Lara Seligman).
On display: the Ghadir-class submarine, about which you can find some coverage at the National Interest, here.
Meanwhile today in Iran: “’Death to America’ aimed at Trump, not American nation, Iran leader says” (Reuters)

By the way: CNO Richardson isn’t (that) afraid of your carrier-killing missiles. Said the CNO Wednesday at the Atlantic Council: “I would say rather than expressing the carrier as uniquely vulnerable [to anti-ship ballistic and cruise missiles], I would say another way to express this is that it is the most survivable airfield within the field of fire. This is an airfield that can move 720 miles a day. The sequence of events that has to emerge to be able to target and hit something that can move that much, and each step of that chain of events can be disrupted from the sensing part all the way back to the homing part — it’s the most survivable airfield in the area.”

An accounting edit thanks to the Pentagon lets Lockheed claim 91 of its F-35s were delivered on time in 2018, even though “only 54 were ‘on-time’ based on monthly contract targets,” Bloomberg’s Tony Capaccio reports.

ProPublica is back with part two of its investigation into, and detailed reconstruction of, what happened during the 2017 crashes at sea of the USS Fitzgerald and the USS John McCain. (Find part one in this sharp multimedia production, here.)
The part-two tease from reporter Robert Faturechi: “Navy brass ignored years of warnings. Then 17 sailors were killed. Alarms were sounded up and down the chain-of-command — by sailors, by commanders, by top civilians in Washington.”
For additional transparency in all this reporting, ProPublica produced this explainer getting at exactly how they investigated these two crashes at sea.

And finally today: RIP, Ernie Fitzgerald. The longtime Pentagon analyst known both as “the patron saint of government whistleblowers” and “the most hated man in the Air Force” died Jan. 31 at age 92. He first came to prominence in 1968, when he surprised lawmakers, the public, and his Pentagon bosses by revealing that the C-5 Galaxy program was running billions of dollars over budget. His truth-telling in more than 50 subsequent hearings made him a favorite witness of waste-fraud-abuse-hunting members of Congress — and a target of government leaders up to and including President Richard Nixon. His legacies include the F-16 fighter jet — which he championed as lighter and less expensive than the Air Force’s fave F-15 — and the watchdog organization POGO, which offers a remembrance here.
Have a safe weekend, everyone. And we’ll see you again on Monday! 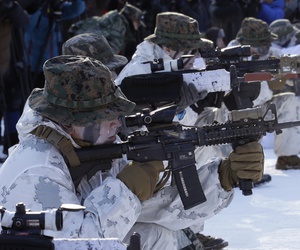 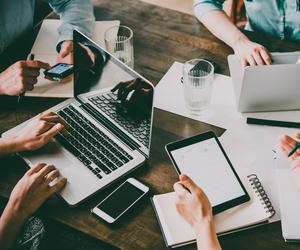 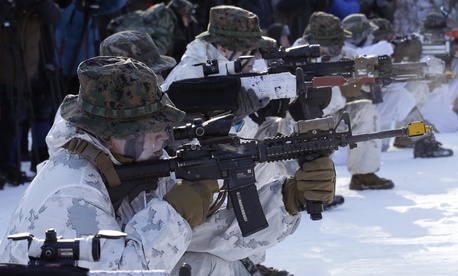 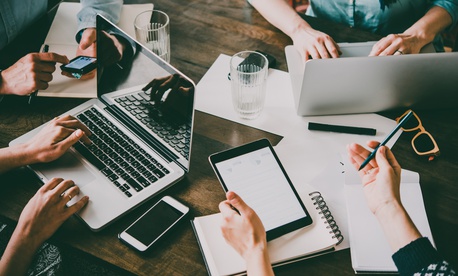