Beijing was quick to complain about this latest FONOP, too, since U.S.-China trade talks resume tomorrow in Beijing. Said China’s Foreign Ministry spokeswoman Hua Chunying this morning, via Bloomberg: “You have observed very carefully, and observed a series of tricks by the U.S. side. I believe you all see through these small tricks by the U.S. side.”

So what’s in the Spratlys? Five nations occupy nearly 70 disputed reefs and islets: China, seven; Malaysia, five; nine for the Philippines; and Vietnam with some 21 facilities “on various rocks and reefs” — according to this database maintained by the Center for Strategic and International Studies Asia Maritime Transparency Initiative.

Which two islets did the U.S. Navy pick for this FONOP?

This latest window into SCS tensions picks up from just last week, when “China dispatched almost 100 vessels to the Spratly chain in an effort to stop the Philippines from building on another feature known as Thitu Reef,” Bloomberg writes. “Philippine Defense Secretary Delfin Lorenzana in a statement Friday called on China to respect the country’s sovereignty.”

Bigger picture, according to Reuters: “Fears have grown in recent months that the U.S.-China trade dispute is just one element in a bilateral relationship that is fast cooling across the board, with top U.S. administration officials sharply criticizing Beijing for everything from human rights abuses to cyber espionage in the United States.”

For your ears only: How did all these tensions in the South China Sea begin? And what should the U.S. and its allies understand, and consider doing from here? We explore those questions and more in our latest episode of Defense One Radio, Beyond South China Sea tensions, part one: The Tinderbox, featuring interviews with Samantha Hoffman of the Australian Strategic Policy Institute; Elsa Kania of the Center for a New American Security; Greg Poling of the Center for Strategic and International Studies; Andrew Wilson of the U.S. Naval War College (not speaking on behalf of the Navy or the Defense Department); and Pamela Crossley of Dartmouth University. And stay tuned later this week for part two, which will look into what we understand of the Chinese Communist Party’s goals and its peculiar take on the future of China’s history.

Defense One Radio, Ep. 37 // Defense One Staff: Beyond South China Sea tensions, part one: The Tinderbox

China’s Rapid AI Development Has Its Limits: Report // Paulina Glass: Chinese artificial-intelligence researchers are aware of ways their work lags the United States’ — and Beijing is working to fix those.

Startups Should Love Government Work // Joel T. Meyer: New pathways to federal business are helping young companies thrive — and the government to get what it needs.

US Army Aims to Put Cloud Data In Troops’ Hands // Jack Corrigan, Nextgov: The Army Research Lab is funding tech that could put the computing power of the cloud in the hands of individual soldiers—and ultimately bring more artificial intelligence to the battlefield.

Welcome to this Monday edition of The D Brief by Ben Watson and Bradley Peniston. Thanks for reading! And if you’re not subscribed, you can do that here. On this day in 1862, U.S. Navy Secretary Gideon Welles directed the founding of an organization to study new inventions. A little more than a year later, this organization would become the National Academy of Science.

Acting SecDef Pat Shanahan dropped by Afghanistan Sunday evening — Monday morning local time, Reuters Idrees Ali tweeted with a photo of Shanahan getting the walk-and-talk Afghan war commander, U.S. Army Gen. Scott Miller.
Said Shanahan of America’s ongoing talks with the Taliban: “The Afghans have to decide what Afghanistan looks like in the future. It’s not about the U.S., it is about Afghanistan.”
For a quick review of where things stand, Reuters writes the Kabul “government has been shut out of the evolving peace talks between Taliban negotiators and U.S. envoys, with the hardline Islamist movement branding his government a U.S. puppet. Kabul is also concerned that a sharp drawdown of U.S. forces could lead to chaos in the region.”

“This is an excellent mission, sir, with an extremely valuable objective, sir, worthy of my best efforts, sir.”* A week after telling lawmakers he wasn’t consulted on the U.S. withdrawal from Syria, CENTCOM’s Gen. Votel tells The Wall Street Journal’s Gordon Lubold, “I think we are right on track where we wanted to be” as Votel’s troops begin pulling equipment out of Syria.

Shutdown looms again. 17 House and Senate negotiators failed “to finalize a border security agreement on Monday,” The New York Times reports.
What now? “The current continuing resolution runs out Friday at midnight, Washington time.”
FWIW: The number of active-duty troops sent to the border is slated to pass the record 5,900 troops sent just before the November election.
Could this be affecting “regular mission” readiness? “Senior officers are voicing greater worries that the deployed troops are not conducting the training needed for their regular missions, while other military units must now pick up the routine duties on behalf of their deployed colleagues.” More on all that from the Times, here.

Norway: Russia’s jamming GPS again. The Nordic country’s foreign-intelligence agency’s latest risk-assessment report says Russia has blocked GPS signals to Norwegian territory repeatedly since 2017, often during military exercises such as NATO’s Trident Juncture and “and the mid-January deployment of British attack helicopters in Norway for training in Arctic conditions,” Voice of America reports.
Reminder: Russian-backed forces use GPS jamming and other forms of electronic warfare in Ukraine, where EW is “the single largest killer of Ukrainian systems,” a 2017 CSIS report said.
U.S. practices GPS jamming, too — in domestic training areas. Examples include this western-states exercise last year and another one this month in the southeastern states.

US to North Korea: tell us who builds your nukes. That’s the latest tack, revealed by U.S. negotiators working in the run-up to the Feb. 27-28 Trump-Kim summit. If that seems unlikely, here’s one potential endgame, via Korea Times: “Rather than listing its nuclear experts and inventory, North Korea is known to want to turn over its ICBMs to China as an “interim measure” in exchange for concessions from the international community on sanctions. Political analysts in Seoul said the U.S. could accept this plan if it materializes.” Read on, here.

And finally today: In remembrance of Navy Chief Petty Officer Shannon Kent, who Stars and Stripes reminds us was “a 35-year-old mother of two, [and who] was killed Jan. 16 by a suicide bomber at a restaurant in the Syrian city of Manbij. It was her fifth combat tour.”
Kent’s death has brought new attention to what Stripes calls “a flawed commissioning and waiver process” that let to Kent’s final deployment. She was trying to get into a clinical doctoral program; she got sent to Syria instead. The New York Times has its own remembrance of Kent and all that she juggled as a member of the Navy and as a citizen, here. 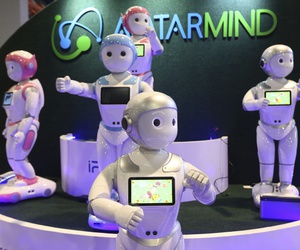 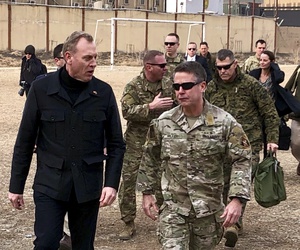 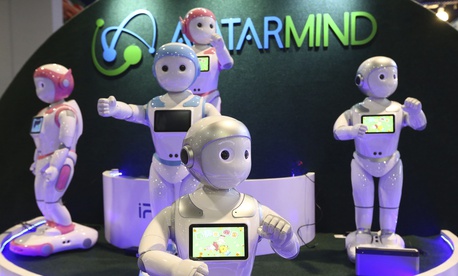 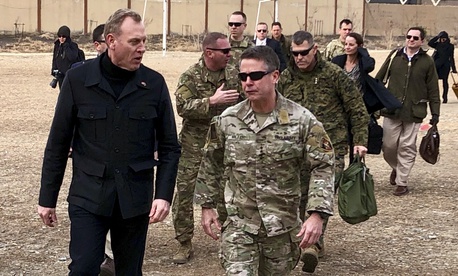