Trump tries to lower the bar for summit success. President Trump has spent months talking up the possibility that another meeting with North Korean ruler Kim Jong Un might bring denuclearization closer to reality. But on Sunday, ahead of this week’s summit in Hanoi, he tried to set the bar lower yet. “I’m not in a rush. I don’t want to rush anybody,” Trump told U.S. governors at the White House. “I just don’t want testing. As long as there’s no testing, we’re happy.”

“In recent days, Mr Trump has signalled a possible softening, saying he would love to be able to remove sanctions if there is meaningful progress on denuclearisation,” Reuters reported.

However, many observers (including some of his own aides) fear that Kim will once again get the better of the American president. North Korea specialist Nicholas Eberstadt, writing in the New York Times, argues that Kim has a strategy, while the Trump administration — which also currently lacks a confirmed assistant secretary of state for East Asia — does not.

“If no big decisions are reached, North Korea will still win, because it will keep forging ahead with its nuclear and missile-production programs,” Eberstadt writes. “So here’s what to watch out for: One-sided concessions. North Korean negotiators are old hands at this one. One particular something-for-nothing deal they may ask for is being rewarded for halting tests — which they no longer need to conduct.” Read on, here.

Peace plan in the works? South Korean officials said Monday that Trump and Kim “could agree on a joint political statement declaring an end to the 1950-53 Korean War” when they meet in Hanoi, the New York Times reports.

The United States Is Still Trying to Sell North Korea on Denuclearization // Uri Friedman, The Atlantic: Days before Donald Trump’s second summit with Kim Jong Un, an administration official admits that Kim may not be prepared to part with his nuclear weapons.

Pentagon Wins a Reprieve with Trump Approval of ‘Residual’ Forces in Syria // Katie Bo Williams: General Dunford is “confident” U.S. allies will now agree to stay, but for how long remains undetermined.

Pentagon Wants Satellites That Can Dodge Incoming Fire // Patrick Tucker: As China and Russia move to weaponize space, the U.S. military is working to give its constellations a “fighting chance.”

The Impossible Job of Speaking Truth to Trump // Kathy Gilsinan, The Atlantic: How do you offer intelligence to a president who’s not interested—and keep your job?

Welcome to this Monday edition of The D Brief by Ben Watson and Bradley Peniston. Thanks for reading! And if you’re not subscribed, you can do that here. On this day in 1836, Connecticut inventor Samuel Colt patented the world’s first revolving chamber percussion pistol, “a new type of firearm which would revolutionize the settlement of the American West and make Connecticut a world leader in arms manufacturing.”

Who was at the border this weekend? Yosemite Sam. Ok, not really. But Acting SecDef Pat Shanahan and Joint Chiefs Chairman Gen. Joseph Dunford did show up in a secretive visit on Saturday and stayed around for some cool-guy photos.
And unlike nearly every other trip CNN’s Barbara Starr is aware of with Pentagon officials in these positions, Shanahan and Dunford fired off a few apparently non-lethal rounds during their weekend jaunt with ABC News’ Elizabeth McLaughlin, among a few select others.
Find photos of the scenery, here. Read a bit more on what Shanahan and Dunford were likely weighing on their stop, via CNN’s Ryan Browne here.

“No factual basis” for the WH’s border wall-themed national emergency. A bipartisan group of 58 former senior national security officials say President Trump’s national emergency declaration has no factual basis and they’re all issuing a statement to put that position on the record, the Washington Post reports this morning.
Among the names: former SecDefs Chuck Hagel and Leon Panetta; former SecStates Madeleine Albright and John Kerry; Eliot A. Cohen; Thomas Pickering;  Susan Rice and others.
Supporting their argument, they cite “illegal border crossings are at nearly 40-year lows. Undetected unlawful entries at the U.S.-Mexico border decreased from 851,000 to nearly 62,000 between 2006 and 2016,” and more in 11 pages. Read on, here.

Another messaging battle for the White House this week: Climate change. There are five planned Congressional hearings on the subject scheduled for the next five days. Find the Pentagon’s most recent report on the matter (from January, and since removed from the DOD’s own site), here.
Why it was pulled: It didn’t meet the legal requirements contained in the 2018 defense authorization act, Defense One’s Paulina Glass reported here.
What the WH is doing about the messaging this week: “Trump has disliked that his own government’s climate reports contradict his global warming skepticism,” the Washington Post’s Josh Dawsey reports. “So the White House is convening a group of scientists to reassess findings with a ‘mixture’ of views.” Read on, here.

An area for Congress to explore: The Pentagon’s fast-tracking of research prototyping to “non-traditional defense firms,” Bloomberg’s Tony Capaccio writes off a new Congressional Research Service report. This is the kind of work that “can be completed in weeks instead of the months or years sometimes required for major deals with mainline defense contractors.”
The problem? The Pentagon “has not tracked data on the relative time it takes to execute” them, “making it impossible to objectively assess these claims.” Read on, here.

Putin really, really, really wants your attention because both he and his state TV have some cavalier (if not clumsy) nuclear weapon-themed messaging for the U.S. and its allies. This latest messaging is particularly aimed at the United States because of the INF snafu between Washington and Moscow — a falling out which could be seen as a problem of too many weapons, as we summarized about a month ago, just days before the Trump White House withdrew from the treaty.. Today the story is: “Russian state television has listed U.S. military facilities that Moscow would target in the event of a nuclear strike,” Reuters reports.
Last week it was: “Putin to U.S.: I’m ready for another Cuban Missile-style crisis if you want one,” also via Reuters.
About this latest blunt nuclear warning, Russian state TV talked up “hypersonic cruise missiles [which allegedly] could destroy US command centres within 5 minutes of launch,” the BBC’s Steve Rosenberg wrote on Twitter, sharing a screen grab. “The message to Washington: if you don’t want Russian nuke subs armed & ready on your doorstep, don’t deploy short/medium range missiles in Europe.”
What’s really going on? “Some analysts have seen [Putin’s] approach as a tactic to try to re-engage the United States in talks about the strategic balance between the two powers, something Moscow has long pushed for, with mixed results,” Reuters writes. More, here.

And now for something completely different: Manhattan Project-themed beers from, well, Manhattan Project Brewing Company based in Dallas. Spotted on Twitter, here; objected to by a nuclear anthropologist, here; and shown among a menu of five others — including names like “Hoppenheimer” and “Plutonium-239” — here.
For the record: No, we have not tasted any of these yet. Nor have we been paid by the brewers to plug this product. It’s just a bit of American culture that we couldn’t resist. Read a bit more, here.

And finally today: The U.S. and the Taliban have resumed talks this week. And in a last-minute plot twist, the Taliban’s chief negotiator was finally granted the travel documents to make today’s visit in Doha, Qatar, with U.S. Afghan envoy Zalmay Khalilzad.
Nothing seems to have changed in either party’s position. The main sticking point — that the Taliban insist on not talking to Afghan government officials from Kabul — remains in place. Perhaps changing that trajectory somewhat is word that “Kabul is planning to hold a grand council of tribal elders and political leaders next month to discuss how to end the Taliban insurgency.” More here. 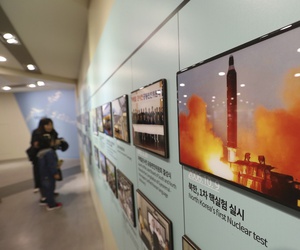 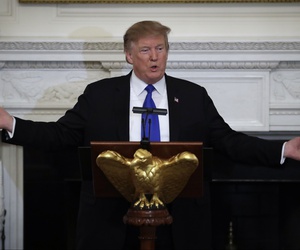 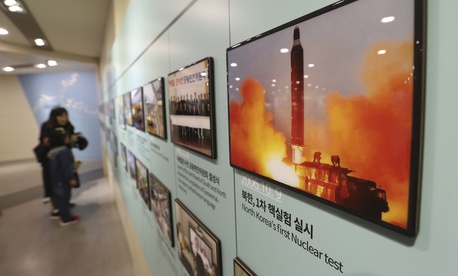 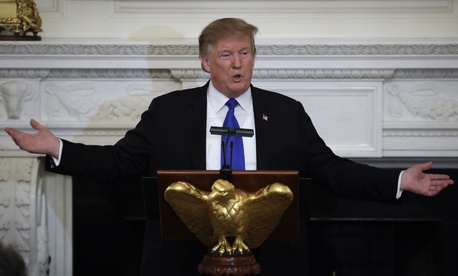