“Retaliation theater” near the Indo-Pakistan border. India and Pakistan-watchers are on edge after Indian airstrikes on militants across India’s border in Pakistan. This morning Reuters reports New Delhi citizens are celebrating the strikes — framed as retaliation for militants who bombed an Indian police convoy almost two weeks ago. That bombing was claimed by Pakistan-based Islamist group Jaish-e-Mohammad.

Damage assessment? According to India’s foreign minister, “A very large number of Jaish-e-Mohammad terrorists” were killed in this morning’s airstrikes. According to Pakistan, however, “there had been no casualties at all,” Reuters writes.

Word of caution, MIT’s Vipin Narang notes on Twitter, since “casualty estimates and who may or may not have been killed are wild speculation right now. And the number keeps getting inflated which doesn’t help escalation control.”

It wouldn’t be a 21-century military operation without a few hashtags, and to that end Reuters notes “#SurgicalStrike2, #IndianAirForce and #IndiaStrikesBack were the top trending [Twitter] hash tags in India.”

A review of the stakes. Here’s a very helpful and thorough window into how India’s foreign ministry seems to be very conscious of avoiding escalation with Pakistan, according to Tanvi Madan of Brookings.

One more thing about the social media age we’re in: Madan notes there is a large risk of officials using Twitter to exacerbate tensions. Two points of advice from Tanvi:

Again, her entire thread is worth a look, and you can find it, here.

The latest from Hanoi. President Trump and North Korea’s Kim Jong-un have arrived by plane and train+car, respectively. From here, who knows what will really shake out of the summit in Vietnam, but Vox’s Alex Ward reports today that the U.S. is bringing a few carrots to the negotiating table, including:

Trump Thinks Only He Can Fix North Korea, Cutting Experts Out // Uri Friedman: His negotiators are in a bind: putting the U.S. and North Korean leaders in a room is a high-risk gamble.

Welcome to this Tuesday edition of The D Brief by Ben Watson and Bradley Peniston. Thanks for reading! And if you’re not subscribed, you can do that here. On this day in 1976, the U.S. conducted a nuclear test named “Shallows” about 800 feet underground at the Nevada Test Site at about the same time that the sun came up (6:50 a.m. PST).

The White House plans to stuff much of its defense-budget request into war fund to evade spending caps. On Feb. 11, Foreign Policy reported that the Defense Department, whose 2020 budget is legally capped at $576 billion, might ask for an extra $176 billion via the OCO —  formerly known as the “emergency supplemental” — which doesn’t count against the caps. That would represent almost one-quarter of the year’s defense spending, roughly as much as the war fund held in 2009, at the height of the Iraq surge.
Here‘s an oped by the White House’s acting budget chief to confirm the idea, if not the details. “Additional needed defense resources will be designated as Overseas Contingency Operations (OCO) funds, which are not subject to the spending caps,” Russ Vought writes at Real Clear Defense. He says that’s necessary “as long as Congressional Democrats insist on demanding more social spending in exchange for continuing to fund defense spending.”
Democrats respond: “This is nothing more than a blatant attempt to make a mockery of the federal budget process, obscure the true cost of military operations, and severely shortchange other investments vital to our national and economic security,” read a joint statement by Armed Services Committee chairman Rep. Adam Smith, D-Wash., and Budget Committee chairman Rep. John Yarmuth, D-K.Y.(Via Jamie McIntyre/Washington Examiner’s Daily on Defense.)
OCO funds also are harder for the public to track, for the reporting requirements are much sparser. D1’s Caroline Houck wrote about that last year, here.
And that’s not going to sit well with Smith, who excoriated harmful Pentagon secrecy in a D1 oped in October. Read that, here.

U.S. Navy isn’t releasing the names of new and promoted admirals, speaking of secrecy. USNI News: Since October, the Pentagon has announced the nomination of 256 generals in the Air Force, Army and Marine Corps – and one Navy admiral. “While the other services have steadily publicly published their nominees for general officers since the start of the fiscal year, Chief of Naval Personnel Vice Adm. Robert Burke has opted not to publicize this year’s Navy’s 57 flag officer nominations.”
It’s up to the Senate. The services are required to get the Senate’s approval before awarding stars, so lawmakers can release the names if they choose. But “pending a policy review,” that seems to be the only way for the public to learn who’s getting senior responsibilities in the sea service.

The U.S. Army will ask for $31.5 billion to buy and upgrade weapons over the next five years, the service’s Undersecretary Ryan D. McCarthy told Defense One’s Patrick Tucker and other reporters Tuesday. The request is expected to go to Congress along with the rest of the Pentagon’s 2020 request on March 12. That would boost the 5-year modernization fund from the more-than-$25-billion planned in the 2019 budget request.

This week in surprising (yet unsurprising) news from Beijing: China is pitching its hyper-controlling police state in Xinjiang as a model that the rest of the world should follow. That’s from state-run China Global Television Network news on Sunday.
Elements of the Xinjiang model were described by CNAS’s Elsa Kania in latest Defense One Radio episode. They include:

Elsewhere in China, there’s also the “Sharp Eyes Program”: a collection of local efforts to expand facial recognition and surveillance, including in Beijing and Shanghai.
Available for export: the tech has been spotted in Ecuador, Malaysia, and Zimbabwe..
CCP officials are bringing certain outsiders to tour Xinjiang. Last week, Party reps hosted tours for diplomats from Pakistan, Venezuela, Cuba, Egypt, Cambodia, Russia, Senegal, and Belarus. The caveat: “that they stay out of the country’s internal affairs,” Agence France-Presse reports.
Up next and perhaps as soon as this week, according to Reuters: China-based officials from Saudi Arabia, Algeria, Morocco, Lebanon, Egypt, Singapore, Vietnam, Laos, Myanmar, Cambodia, Bangladesh, Russia, Turkmenistan, Georgia, Hungary and Greece. Read on for what resources might lie beneath and around Xinjiang via Business Insider, here.

%$#. The satirical news writers at Duffel Blog joked this weekend “Pentagon leaders started a swear jar to defray potential losses after President Donald Trump declared a national emergency to fund parts of a wall on the U.S. border with Mexico.”
The fortunate update: “donations have far exceeded projections.” If only it were true.

Meanwhile in the real world, House lawmakers are set to vote today on “a resolution to block President Donald Trump’s declaration of a national emergency along the southern border,” USA Today reports.
For the record so far, “The House version of the resolution had well over 200 co-sponsors Monday afternoon. Just one, Rep. Justin Amash, is a Republican.” Lots more helpful questions answered in that USA Today report, here.
And in fiscal fine print: “One of the two Pentagon funds the Trump administration plans to tap to help secure the southern border after declaring a national emergency has nowhere near the $2.5 billion that is projected for its use,” ABC News reports. “Instead, the Pentagon will take advantage of rules governing the use of appropriated funds, and pump money into the fund from elsewhere to get it to that level.” More here. 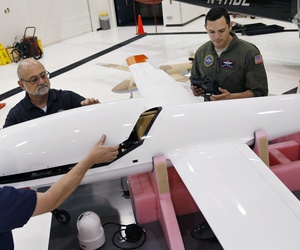 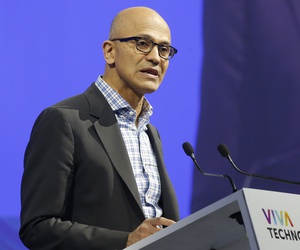 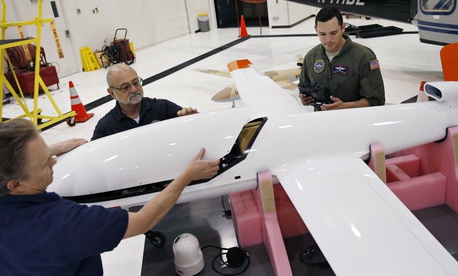 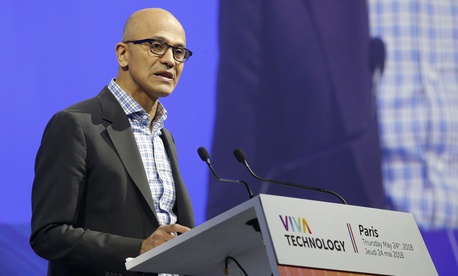