Get ready for America’s new experimental weapons. Since the U.S. and Russia seem to be embracing an exit of the INF treaty, we now have a bit more information on the big missiles the U.S. military wants to test out the first month possible, according to the Washington Post and The Wall Street Journal.

About that ballistic missile: “It’s a brand-new missile,” one official said. “Think Pershing II. It’s a missile of that class.” (BTW: The Pershing II “was 7,500 kg and 1-meter diameter by 10.5 meters. And 1,800-km range,” missile expert George William Herbert noted.)

Another consideration: “That ballistic missile… sounds like a pretty solid outgrowth of the current hypersonic program being run by the Army,” “nuclear deterrence skeptic” Luke O’Brien chimed in — and explained why, here.

‘Cost Plus 50’: Welcome to the US Mercenary Force // David Maxwell: All the ways Trump’s proposed allied-protection scheme would undermine our national security.

Welcome to this Thursday edition of The D Brief by Ben Watson and Bradley Peniston. Thanks for reading! And if you’re not subscribed, you can do that here. Today in 1879, Albert Einstein was born. Mark the occasion by checking out his 1939 letter warning President Franklin Roosevelt about the dangerous potential of nuclear bombs.

For the second time in 10 days, the U.S. dispatched bombers near the South China Sea, CSIS’s Bonnie Glazer noticed Wednesday off this report from The Diplomat. The most recent mission “took off from Andersen Air Force Base, Guam, and conducted routine training in the vicinity of the South China Sea March 13, 2019 (HST), before returning to base,” U.S. Pacific Air Forces said in a statement.
FWIW: Before that last South China Sea flyby on March 4, “B-52Hs last transited the East and South China Seas in September and November 2018 respectively.” More from The Diplomat here.
Backgrounder: ICYMI, grab your headphones for 45 minutes about the history of U.S.-China tensions in and around the South China Sea.

The U.S. Navy is on pace for a 300-ship force by 2020, a mark last reached in 2002, Defense News reported Wednesday ahead of the service’s 30-year shipbuilding plan due next week. Read on for a review of the Navy’s $205.6 billion budget proposal, here.
Pentagon offers two stories on Truman retirement. One of the key debates over the 2020 spending request is whether Congress will allow the Trump administration to retire the carrier Harry S. Truman several decades early. But top officials can’t seem to get their story straight, USNI News’ Sam LaGrone notes. On Wednesday, CNO Adm. John Richardson said the Truman proposal was unrelated to January’s decision to order two new aircraft carriers at once. But Acting Defense Secretary Patrick Shanahan just told lawmakers that “the two-carrier buy was tied closely to the Truman decision,” LaGrone tweeted.

GOP-led Senate rebukes Trump on Yemen war. The upper house voted 54-46 on Wednesday to cut off U.S. aid for the Saudi campaign in Yemen.
It’s “a rare use of the 1973 War Powers Act, which gave Congress the ability to compel the removal of military forces absent a formal declaration of war. Those powers, created after the Vietnam War, have almost never been used, as lawmakers have demurred from intervening in politically delicate matters of war, peace and support for the troops,” as the New York Times put it.
Why now? Even some GOP senators have expressed dissatisfaction with President Trump’s foreign policy, particularly his withdrawal plans for Syria and Afghanistan, and in particular his unstinting support for Saudi Arabia in the wake of the murder of U.S.-based journalist Jamal Khashoggi.
The House is expected to also pass the measure, which could draw Trump’s first veto. A second veto might follow:
Today: the Senate is to vote on Trump’s emergency declaration to extend barriers on America’s southern border. That rebuke, too, is expected to pass, thanks to Democrats, and a handful of Republicans. The latter include Sen. Rand Paul, who told Politico: “Congress should declare war and Congress should spend the money. I mean, those are two bedrock constitutional principles…It has nothing to do with the president, it has to do with the Constitution.” That vote will take place after senators get done grilling Shanahan on the defense budget.

This isn’t likely to help the White House: Said Acting SecDef Shanahan to lawmakers this morning: I don’t know what the $9.2 billion in wall funding I asked for in emergency funding will pay for. That’s according to Breaking Defense’s Paul McCleary and VOA’s Carla Babb, who adds that Sen. Jack Reed, D-R.I., responded that the situation doesn’t seem like much of an emergency.

U.S. and Afghan soldiers appear to have stumbled into a terrible firefight in the dark “when American warplanes carried out airstrikes that destroyed the base” as “both forces thought they were engaging the Taliban,” The New York Times reported Wednesday.
Location: Satarman Base, on the outskirts of the city of Tirin Kot, in southern Uruzgan Province.
Casualty count: “Six soldiers were killed and nine others badly wounded, out of 17 soldiers at the base,” the Times writes. “The fight lasted four hours, until 3 a.m., when American warplanes carried out airstrikes that destroyed the base.”
“This is an example of the fog of war,” said U.S. military spokesperson Sgt. First Class Debra Richardson. “The U.S. conducted a precision self-defense airstrike on people who were firing at a partnered U.S.-Afghan force.” Read on, here.

Back stateside, a “substantial” number of firearms and gun parts were stolen from a government disposal facility in Martinsburg, West Virginia, beginning in at least 2017, USA Today reported Wednesday.
Open question: One wonders what number of guns the ATF considers “substantial,” mused one of the reporters behind the story, Brad Heath.
At least one alleged culprit is facing charges, which include taking home “firearm parts and ammunition, including slides and barrels from retired ATF service weapons.” The case so far appears to have ensnared “an unidentified person Maryland.” More, here.

If you think America’s would-be recruits today are weak and unfit for military service, look out because now it appears measles is on the rise thanks to a rising number of parents who are choosing not to vaccinate their children. According to The Economist, in 2000, the disease was considered eradicated in the country. But infected travelers keep bringing the virus to the states, where it finds unvaccinated people to sicken. “Containing outbreaks is becoming harder. The number of measles cases contracted in America for each imported case is increasing. A tally in 43 states in 2014-15 found that in nearly half of counties the rate of measles vaccination of children entering kindergarten was below the 95% needed to prevent an outbreak. Things may have got worse since.”
Why? The spread of anti-vaccination propaganda online seems to be one big disabler. “Across all platforms, the dominant form of vaccine-related content is anti-vaxx,” said Renee Diresta, a social-media researcher, told Mother Jones. “There’s an asymmetry of passion around this topic. Most people aren’t producing pro-vaccine counternarratives… They just get their kids vaccinated and go on with their day.”

And finally today: We leave you with a 1943 poster ad from building manufacturer Revere. We won’t tell you it’s particular message; you’ll have to click through to the tweeter who found it Wednesday in the National Building Museum in Washington, D.C., Stephen Schwartz (@AtomicAnalyst). 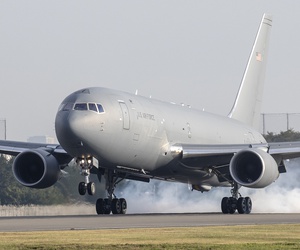 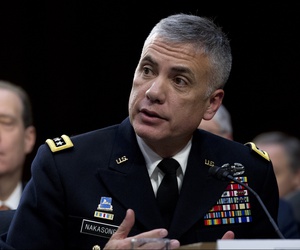 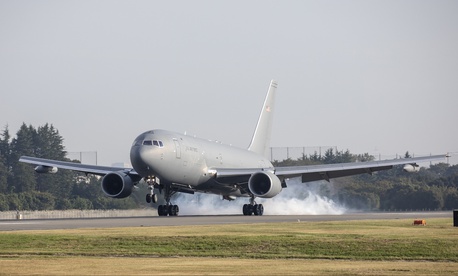 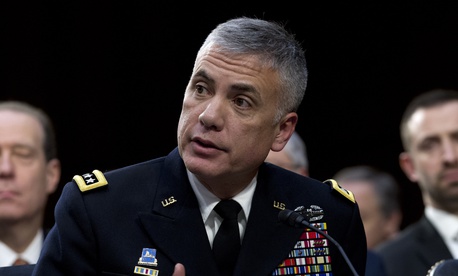