In a first, the Trump administration designated Iran’s Islamic Revolutionary Guard Corps as a terrorist organization on Monday. The U.S. State Department had never before designated a part of another government as a terrorist organization, Voice of America writes. The declaration, “which takes effect in one week and includes the IRGC’s elite secretive Quds Force, means it will be a federal crime to provide any type of support to the IRGC.”

Need a review of the IRGC? Find it at this explainer from the Council on Foreign Relations. For a shorter take, Reuters writes this: “Comprising an estimated 125,000-strong military with army, navy and air units, the Guards also command the Basij, a religious volunteer paramilitary and control Iran’s missile programs. Its overseas Quds forces have fought Iran’s proxy wars in the region. The U.S. has already blacklisted dozens of entities and people for affiliations with the Guards, but not the organization as a whole.”

Said President Trump of the occasion on Monday: “This unprecedented step, led by the Department of State, recognizes the reality that Iran is not only a State Sponsor of Terrorism, but that the IRGC actively participates in, finances, and promotes terrorism as a tool of statecraft…The IRGC is the Iranian government’s primary means of directing and implementing its global terrorist campaign.”

SecState Mike Pompeo was out early promoting the move, telling reporters, “The leaders of Iran are racketeers, not revolutionaries.” Pompeo later went on Fox News to tell host Bret Baier the decision “will save American lives.” Pompeo did not elaborate on how the move will do that, a point that Gordon Lubold, your original D-Brief-er now at the Wall Street Journal, would like more info on.

A question: Baier asked Pompeo: Will grouping the IRCG in the same terrorist category as ISIS put U.S. troops in Middle East at greater risk? Responded America’s top diplomat: “The IRGC is a terrorist organization; we’ve now designated them. We’re always doing everything we can to make sure we protect every American soldier everywhere…But the fact is, the IRGC has already killed over 600 American soldiers, so you can’t have peace, you can’t have stability, you can’t have security in the Middle East without weakening the Islamic Revolutionary Guard Corps.” Read the rest at Fox, here.

I know you are but what am I. “Within hours of the Trump administration’s declaration,” the Associated Press reports from Tehran, “Iran’s Supreme National Security Council responded by designating the U.S. Central Command, also known as CENTCOM, and all its forces as terrorist, and labeling the U.S. a ‘supporter of terrorism.’” Find that statement in full, here.

Iranian President Rouhani later called White House’s decision is a “mistake,” Reuters reports. And AP writes Iranian lawmakers convened their Tuesday meeting with chants of “Death to America,” with many of them wearing “the uniform of the guard in a show of support.” More on Iranian reax, here.

Said Middle East analyst Randa Slim: “I really do not get all the dire predictions about an impending military collision between #US & #Iran b/c of IRGC FTO designation. What happened after Quds Force FTO designation? Nothing significant that I can recall.”

Added Brookings’ Suzanne Maloney: “The implications of this move are being vastly overdramatized by its opponents as well as its defenders. It’s a microcosm of the dysfunctional polarization in the debates around Iran policy.”

Remember that time “the President helped build a hotel in Azerbaijan that appears to be a corrupt operation engineered by oligarchs tied to Iran’s Revolutionary Guard?” Just Security’s Kate Brannen does. Here’s that 2017 story from The New Yorker, here.

Related event today in DC: “Lessons Learned from the Iraq War,” a noon event from the Iran-watchers at the Foundation for the Defense of Democracies.

Sorry, Florida, Looks Like You’re Not Getting US Space Command // Marcus Weisgerber: Despite lobbying, Sunshine State left off shortlist for command’s new headquarters.

The US Escalates Even Further Against Iran—To What End? // Kathy Gilsinan, The Atlantic: Declaring the country’s most powerful security services a terrorist organization is just the Trump administration’s latest move in a long pressure campaign against Iran.

Welcome to this Tuesday edition of The D Brief by Ben Watson. Thanks for reading! And if you’re not subscribed, you can do that here. On this day in 1865, Confederate Gen. Robert E. Lee surrendered his 28,000 troops to Union Gen. Ulysses S. Grant at Virginia’s Appomattox Court House, bringing an end to the American Civil War.

Three U.S. service members died Monday in Afghanistan from an IED blast near Bagram Air Base, U.S. Forces-Afghanistan announced. Three other U.S. troops were wounded in the contact, too. “The Taliban claimed credit for the attack, which involved a car bomb targeting a US military convoy near one of America’s largest military facilities in Afghanistan,” CNN reported after the announcement.
AP reports “at least five Afghan civilians were wounded in the commotion after the attack,” at which point reportedly “American soldiers opened fire immediately after their convoy was bombed… Four were passers-by and the fifth was a driver of a car going down the road.”
The attack raises the number of U.S. military deaths in Afghanistan to seven (from four) in 2019. “13 were killed last year,” Fox adds.
As for what’s next in those U.S. peace talks with the Taliban, the group has “agreed to take part in an all-Afghan gathering later this month in Qatar,” AP writes. But still “the Taliban say they will not recognize any government official attending the gathering as a representative of the Kabul government, only as an individual Afghan participant.” A tiny bit more, here.

Acting SecDef pitches Space Force to space workforce. This morning, Patrick Shanahan and other top defense officials are in Colorado Springs at the annual Space Symposium, where they are expected to make an emphatic pitch for creating a Space Force, a new sixth branch of the military ordered up by President Trump. Shanahan is expected to focus on the threats posed to America’s military satellites by China and Russia, Defense One’s Marcus Weisgerber reports.
Excerpts from Shanahan’s speech, as prepared for delivery: “We must confront reality…Both China and Russia have weaponized space with the intent to hold American space capabilities at risk…The next major conflict may be won or lost in space…Given the changes in the environment, we are now need a military service dedicated to protecting and defending space — the Space Force.”
Other speakers will include: Air Force Secretary Heather Wilson, Gen. David Goldfein, the Air Force chief of staff, Commerce Secretary Wilbur Ross, and Gen. John Hyten, commander of U.S. Strategic Command.
“Space Week” — as defense officials have dubbed the next few days — will culminate with a Senate Armed Services Committee hearing on Thursday morning.

The U.S. is “confident” former Marine Austin Tice is still alive somewhere in Syria — and “The Trump administration could open a public channel with the Syrian regime if Damascus releases” Tice, The National’s Joyce Karam reported Monday after speaking to U.S. Special Presidential Envoy for Hostage Affairs Robert O’Brien.

The 32-year-old Chinese woman detained from Mar-a-Lago on March 30? The story continues to unfold. Investigators reportedly entered her hotel room and found an additional cell phone, a radio frequency device that detects hidden cameras, nine USB drives, five SIM cards, several debit cards and about $8,000 in cash, including about $700 in Chinese currency, The New York Times reported Monday. What’s more, “Ms. Zhang came to the United States on March 28 from Shanghai on a B-1 visa that has been revoked, meaning that if the court does release her from jail pending trial, she would be transferred to immigration custody,” according to Assistant United States Attorney Rolando Garcia.
Is this thing on? In one embarrassing side note, “four-and-a-half hour interrogation of Ms. Zhang was recorded by video… but [the recording] lacked sound because [the investigator] didn’t realize that the agency’s office in Palm Beach didn’t have that capability.”
One Secret Service agent “put Zhang’s thumb drive into his computer,” where “it immediately began to install files, a ‘very out-of-the-ordinary’ event that he had never seen happen before during this kind of analysis,” another agent told a judge, the Miami Herald reported. IT Twitter nearly lost its mind over the idea that one might plug a potentially malware-laden thumb drive from a mysterious Chinese national into one’s PC.
What next? The judge yesterday “postponed a decision on whether to release Ms. Zhang on bond until next Monday,” the Times writes. “Prosecutors said a more detailed indictment would be filed before then.” Read on, here.

In border security news today, a U.S. judge just halted the White House policy of returning asylum seekers to Mexico, Reuters reports. “The ruling is slated to take effect on Friday” and will apply nationwide.
Tweeted POTUS in reply on Monday evening: “A 9th Circuit Judge just ruled that Mexico is too dangerous for migrants. So unfair to the U.S. OUT OF CONTROL!”
WH options include appealing the ruling, Reuters writes, “and the government could seek a stay of the injunction until the appeals process runs its course.” More here.
Extra reading: “Inside 12 days of turmoil that shook Homeland Security,” via AP.

ICYMI: Five former SOUTHCOM commanders condemned the White House’s decision to cut aid to Honduras, Guatemala, and El Salvador — aka, the Northern Triangle countries — on Monday. Find their short letter explaining as much (PDF) here.
The five former commanders (and their SOUTHCOM tenures):

Happening today on Capitol Hill: SecState Pompeo testifies before the Senate Appropriations Subcommittee, which oversees funding for the State Department and USAID.

The more you know: classified leaks edition. “The number of leaks of classified information reported as potential crimes by federal agencies reached record high levels during the first two years of the Trump Administration,” the Federation of American Scientists’ Steven Aftergood wrote Monday off of new data released last week by the Justice Department.
For the record, Aftergood writes, “Agencies transmitted 120 leak referrals to the Justice Department in 2017, and 88 leak referrals in 2018, for an average of 104 per year. By comparison, the average number of leak referrals during the Obama Administration (2009–2016) was 39 per year.”
And in case you’re wondering, “only a fraction of the classified leaks that are reported by agencies ever result in an investigation, and only a portion of those lead to identification of a suspect and even fewer to a prosecution.” Read more, here.

Developing news: An F-35 might be missing in Japan… 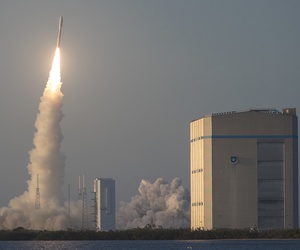 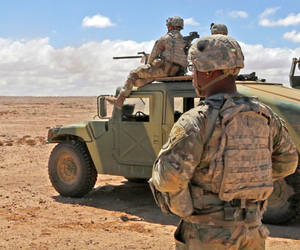 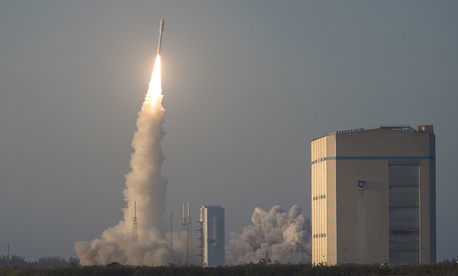 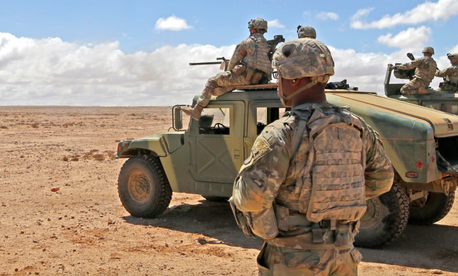