The Mueller report is finally out, which means “the argument over what Team Trump did and didn’t do will move out of the legal forum and into the political arena,” the Wall Street Journal reported after Thursday’s big (and still substantially-redacted) reveal from Attorney General Bill Barr.

The national security gist of Thursday’s big reveal, via WSJ’s Gerald Seib: “Mr. Mueller concluded that he had found no illegal cooperation between the Trump campaign and Russian agents, and he declined to draw a conclusion on whether the president had obstructed investigators. Those two broad findings were enough to make Thursday a good day for the president, and a bad one for opponents who once thought the Mueller report would bring about the president’s downfall.”

A counterintelligence “nightmare?” That’s what Josh Geltzer and Ryan Goodman warn in their New York Times column: “The stark reality is that one might have a moderate to high confidence that decisions are being made by an American president who, in the process of getting elected and after assuming office, has acted with the interests of an often-hostile foreign power influencing him. And that conclusion is deeply worrisome as a national security matter.”

“One of the most damning insider accounts ever written about a Presidency in modern times.” Says Defense One‘s Kevin Baron: “Your one read, if you have to pick just one, should be Washington veteran journalist Susan Glasser’s excellent summation of the day, the report, the politics, and presidency. Here, in the New Yorker.”

What do the heavy redactions suggest? “More information is likely to emerge” on Russia’s social media meddling in the 2016 campaign as Congressional leaders get to see behind the blacked-out lines in the days ahead, Defense One’s Patrick Tucker reports.

One of the big challenges “was to lay out steps Mr. Trump took that could be seen as efforts to obstruct justice—firing then-[FBI] Director James Comey, seeking to have Mr. Mueller fired, seeking to block disclosure of key emails—only to decline to say one way or the other whether criminal behavior took place,” Seib writes.

The Associated Press’s quick read: “In all, the report revealed 10 areas of potential obstruction, from Trump’s firing of…Comey to his attempts to thwart Mueller’s investigation. In many cases, the additional details show a president restrained only by aides and others around him.”

The wrench in the Democrats’ machine: “Based on what we have seen to date, going forward on impeachment is not worthwhile at this point,” House Majority Leader Steny Hoyer, D-Md., to CNN on Thursday.

Said Senate Leader Mitch McConnell, R-Ky.: “It’s too early to start commenting on portions of it.”

A key line in the report: “If we had confidence after a thorough investigation of the facts that the President clearly did not commit obstruction of justice, we would so state. However, we are unable to reach that judgment. The evidence we obtained about the President’s actions and intent presents difficult issues that prevent us from conclusively determining that no criminal conduct occurred.”

In other words, “Mueller declined to reach a decision on obstruction not because of evidence, but because the legal framework he used precluded him from doing so,” tweeted former FBI Special Agent Asha Rangappa.

And so, the obstruction-of-justice question now goes to Congress. “The conclusion that Congress may apply the obstruction laws to the President’s corrupt exercise of the powers of office accords with our constitutional system of checks and balances and the principle that no person is above the law,” the former FBI Director wrote in his report.

Congress’s next steps? Rep. Jerrold Nadler, D-N.Y., chairman of the House Judiciary Committee, told ABC’s “Good Morning America” this morning he plans to issue a subpoena within “a couple of hours” for the full report, “including the normally secret grand jury evidence,” AP writes. “That would likely spark a lengthy legal and political battle over whether that material can be released.”

The WSJ agrees. “The toughest inquiry will rest with Mr. Nadler, whose committee is already conducting a review of whether Mr. Trump obstructed justice by trying to shut down the probe of any ties between his campaign and Moscow,” the Journal’s Siobhan Hughes and Rebecca Ballhaus write.

Russia’s reax: The Mueller report shows “no reasonable proof” of Russian meddling, according to the Kremlin this morning. AP has more from that angle, here.

All Those Mueller Report Redactions Mean the US is Still Investigating Moscow’s Online Meddling in 2016 // Patrick Tucker: There’s still a lot the public doesn’t know about Russian interference operations.

Mueller’s Damning Portrait of Trump // David A. Graham via The Atlantic: The special counsel’s report shows a president who lies, acts rashly, and is routinely ignored by his own staff.

Despite Threatening It, Trump Is Keeping the Military Out of Venezuela // Uri Friedman and Kathy Gilsinan via The Atlantic: The administration is sticking to an approach that it has favored against adversaries from Iran to North Korea: gradual economic strangulation.

Welcome to this Friday edition of The D Brief by Ben Watson with Kevin Baron. Thanks for reading! And if you’re not subscribed, you can do that here. On this day in 1995, the Oklahoma City bombing occurred at 9:02 a.m. CDT, killing 168 people and wounding hundreds of others.

The Pentagon on Thursday called a press conference (the same day as the Mueller report, of course) but @ChiefPentSpox Charlie Summers made no mention and staff gave reporters no indication that the White House’s Special Representative for Afghanistan Reconciliation, Zalmay Khalilzad, was coming to the building — a discovery learned only when Acting SecDef Pat Shanahan’s twitter account posted a handshake photo with Khalilzad.
Why keep the visit quiet? “Probably because we have tons of questions about the struggling peace process and the ambassador’s credibility and intentions,” tweeted Defense One’s Kevin Baron. Or….they just forgot? WaPost’s Dan LaMothe noted the surprise visit, also, saying, “We’re at war, and this is UNSAT. This stuff matters.”
So what did the two men talk about? “…set[ting] the conditions for a political settlement that will end the war in Afghanistan” and “a way forward to achieve the objectives of President @realDonaldTrump’s South Asia Strategy,” according to Shanahan’s Twitter feed.
The current status of Afghan peace talks, in one WSJ headline: “Talks Canceled in Big Blow to Afghan Peace Effort” AP reports this morning talks have been “postponed indefinitely” after Taliban reps objected when Afghanistan tried to send a 250-member delegation. Reuters adds that Zalmay is “disappointed” over the announcement.

Someone is doxing Iran’s hackers and dumping their code, WIRED reported Thursday after ZDNet flagged Iranian cyber-espionage tools that had apparently leaked last month.
The quick read: “Since March 25, a Telegram channel called Read My Lips or Lab Dookhtegan—which translates from Farsi as ‘sewn lips’—has been systematically spilling the secrets of a hacker group known as APT34 or OilRig, which researchers have long believed to be working in service of the Iranian government,” WIRED writes.
Some of the dumped code involves “programs called Hypershell and TwoFace, designed to give the hackers a foothold on hacked web servers. Another pair of tools called PoisonFrog and Glimpse appear to be different versions of a remote-access Trojan called BondUpdater.” Read on, here.

Nuclear weapon-spotting change: “The Pentagon has decided not to declassify the number of nuclear weapons in the US stockpile,” nuclear scholar Hans Kristensen tweeted Wednesday after reading this from the Federation of American Scientists. “The decision breaks with years of the United States providing nuclear transparency.”

Spotted in Alabama: Gina Haspel. CIA has shifted its “resources to better understand nation-state adversaries such as Russia and Iran,” writes the WSJ, reporting the obvious, from a speech by the rarely-seen director Thursday at Auburn University —  “only the second time Ms. Haspel has given remarks publicly since becoming CIA director last May.”
Did she make news?: “Our Russia and Iran investment has been strengthened after years of falling behind our justifiably heavy emphasis on counter-terrorism,” Haspel said. “We still have a lot of work to do on that front, but we’re making good progress.” Very little more to the story. But you can read here.

It doesn’t seem like anyone wants to be the next Air Force secretary, Military.com’s Oriana Pawlyk reported Thursday citing an unnamed source “with close ties to the service.” No rush. SecAf Heather Wilson vacates the job in six weeks. (Related: the SecDef post has gone unconfirmed for four months.)

For the first time since fighting in Libya broke out two weeks ago, the UN has evacuated 163 refugees to Niger, “but more than 3,000 others are still trapped in detention centres,” AFP reports out of Tripoli.

Civilians are trying to take control from the military in Sudan, with “protest leaders announc[ing] plans to unveil a civilian body to take over from the ruling military council,” AFP reports from Khartoum.
The White House’s goals for Sudan presently: “get the military folks out of centre-stage” and “back to being responsible for security, nothing else,” an unnamed official told AFP. More here.

An armed American militia is detaining migrant families in the New Mexico desert, the New York Times reports from Albuquerque. Now the ACLU has “asked New Mexico’s governor and attorney general to investigate the group,” the Times writes.
What’s going on: “Members of the group, which calls itself the United Constitutional Patriots, filmed several of their actions in recent days, including the detention this week of a group of about 200 migrants who had recently crossed the border near Sunland Park, N.M., with the intention of seeking asylum.”
According to UCP spox Jim Benvie, “We’re just here to support the Border Patrol and show the public the reality of the border… If these people follow our verbal commands, we hold them until Border Patrol comes,” Benvie said. “Border Patrol has never asked us to stand down.”
For what it’s worth, Reuters reached out to Customs and Border Protection, but no one from CBP responded. That, here.

The FBI is investigating a case of possible ransomware at the Weather Channel that knocked services off the air for more than an hour on Thursday, the Journal reports in a short, still-developing story.

And finally this week: Chinese censors are pissed at a German ad from Leica camera and lens makers. Reuters calls it a “five-minute dramatization” that “shows [a] photographer hiding and running from Chinese-speaking policemen before taking a picture that has come to symbolize the [Tiananmen Square] protests.” That’s to say the famous “tank man” is clearly visible in the camera’s lens reflection.
The ad is a creatively-edited combination of at least three different conflicts; the other two seem to be placed in Africa and the Middle East, though it’s not terribly clear. It’s also the product of Brazilian ad agency F/Nazca Saatchi & Saatchi. The firm tweeted it out on Tuesday with text in Portuguese that said: “Inspired by the stories of photographers who spare no effort so that everyone can witness reality, Leica pays tribute to these brave professionals.” Check out the five-minute clip for yourself, here.
And have a safe Passover and Easter weekend, everyone. We’ll see you again on Monday! 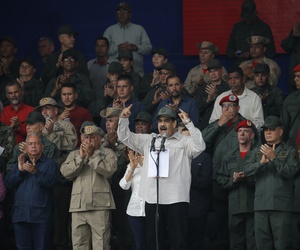 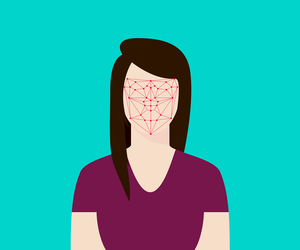 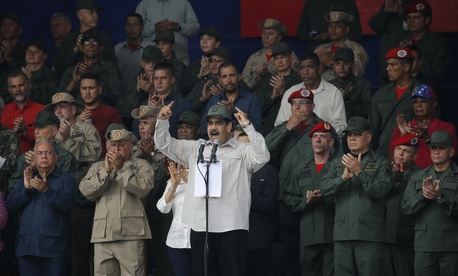 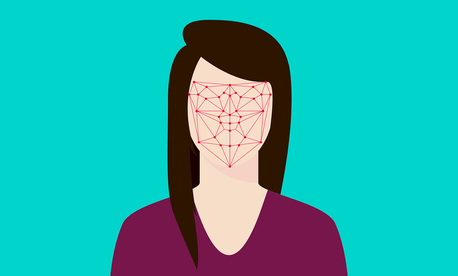