ISIS claimed the Sri Lankan Easter bombings that killed 321 people on Sunday. And today a junior defense minister told parliament, “The initial investigation has revealed that this was in retaliation for the New Zealand mosque attack,” Reuters reports from Colombo.

The minister, Ruwan Wijewardene, “did not provide evidence or explain the source of the information” linking the two Christchurch mosque attacks to the nine attacks in Colombo, AP writes. And Reuters adds “Islamic State gave no evidence for its claim. The government has said at least seven suicide bombers were involved.”

So far Sri Lankan officials are blaming two domestic Islamist groups, the National Thawheed Jama’ut and Jammiyathul Millathu Ibrahim, for the attacks. AP reports “Authorities said they knew where the [attackers] trained and had safe houses.” The Islamic State group’s media arm, Amaq, claimed to have carried out the bombings shortly after those two groups above were named by those authorities — which was about 48 hours after the attack.

Citing a police source, AFP reports “the attackers who targeted two of the hotels hit Sunday were Muslim brothers, sons of a wealthy Colombo spice trader.” Meantime, “Interpol said it was deploying investigators and specialists to Sri Lanka, and the US State Department warned of possible further attacks in a travel advisory.”

And about the alleged early warnings Sri Lankan officials received earlier this month, that “information has been circulated among only a few officials,” according to Wijewardene.

Some 40 people have been arrested to date, including “the driver of a van allegedly used by the suicide attackers and the owner of a house where some of them lived,” AP reports.

Welcome to this Tuesday edition of The D Brief by Ben Watson. Thanks for reading! And if you’re not subscribed, you can do that here. On this day in 2001, a U.S. Air Force Global Hawk set an aviation record with the first unmanned trip across the Pacific Ocean, flying from California to Australia in just under a full day aloft. Manufacturer Northrop Grumman remembers the day, here.

Globe-trotting toward some end to the Afghan war. The White House’s Afghanistan envoy, Zalmay Khalilzad, is headed back to the ’Stan and then to the Taliban’s offices in Qatar again, the State Department announced Monday. He’ll also be traveling to India, Pakistan, Russia and the UK “as part of the overall effort to facilitate a political settlement that ends the conflict in Afghanistan.”
Khalilzad’s travels started Sunday, and extend through May 11. A bit more, here.

“Our military is literally being completely rebuilt,” President Trump declared on Monday, standing beside the Easter Bunny for the annual White House Easter Egg Roll. Trump chose to highlight the military and the economy in his remarks to the children and their parents Monday from the South Lawn. Voice of America has a bit more, here.

Need a job? Customs and Border Protection needs people — and now, writes Michel Marizco of Tempe, Arizona’s KJZZ.
The catch: “Chosen applicants have 24 hours to accept a posting anywhere along the Southwestern border.” This latest surge for border security personnel closes in a week. Details from CBP, here.

There’s a growing sense of desperation and a diminishing sense of generosity among migrants traveling north through Mexico, the Associated Press reported Monday from Mapastepec, just north of the Guatemalan border. “Hungrier, advancing slowly or not at all, and hounded by unhelpful local officials, frustration is growing among the 5,000 to 8,000 migrants in the southern state of Chiapas,” AP writes.
By contrast, “Members of the caravan in October received food and shelter from town governments, churches and passers-by. Drivers of trucks stopped to give them a lift. Little of that is happening this time. And local officials who once gave them temporary permits to work in Mexico, now seem to snare them in red tape.” More here.

Here are 14 overlooked takeaways from the Mueller report, from WIRED’s Garrett Graff. One of our favorite puzzlers from the report concerns Belarusan-American businessman Sergei Millian, who offered Trump associate George Papadopoulos “a disruptive technology that might be instrumental in your political work for the campaign.” (That’s on the report’s page 103).
Here’s the biggest question for the United States, according to Graff: “Is accepting known help from a foreign power something we want to prohibit in campaigns?”
It’s a terribly inconvenient question, since “It’s hard to imagine that would be the GOP’s interpretation if Hillary Clinton had accepted similar help from the Chinese Ministry of State Security,” Graff writes. And still Trump’s defense attorney Rudy Giuliani told CNN on Sunday, “There’s nothing wrong with taking information from Russians… Who says it’s even illegal?” The Washington Post has more analysis of that angle, here.
ICYMI: The Atlantic offered 14 takeaways of its own, here.

Bellingcat is tackling the war in Yemen with 20 new assessments. The idea behind this collective of analysts and analysis: “to either confirm or refute if an airstrike had taken place, but never to infer whether a strike was lawful or unlawful, using only open-source content as the basis of their investigations,” Bellingcat writes in a promo page for the newly-published works.
What to expect: “Over the next five weeks, approximately 20 in-depth investigations into the airstrikes will be released on a weekly basis, accompanied by a searchable archive of verified open-source material used in each report… This is a multiyear project, aimed at documenting as many incidents as possible from the conflict in Yemen.”
Entry #1 concerns an airstrike from almost exactly four years ago just north of Aden, and can be found exhaustively broken down, here.

A South Korean firefighting helicopter accidentally crossed the border into the North Monday evening — and was not shot down, RoK’s Yonhap News agency reported.

North Korea’s Kim drops by Vladivostok, Russia, on Thursday, for a summit with Vladimir Putin. Kim’s goal: generate some kind of economic momentum since “the breakdown of a second U.S.-North Korea summit in Vietnam in February meant no relief on sanctions for North Korea,” Reuters reports.
The WSJ’s read on this meeting: “Pinched by sanctions, North Korea could use the exchange with Mr. Putin to ask for help unwinding those restrictions from Russia, a permanent member of the United Nations Security Council, while seeking other economic ties. A meeting would help Mr. Putin advance his ambitions to promote Moscow as a global power and an alternative to Washington’s influence.” More here.

And finally today: Gas up now, because oil prices quickly surged to a six-month high off word of the Trump administration’s new plan to “end waivers that allow countries to import Iranian oil,” part of continued efforts to isolate Iran further, the Wall Street Journal reports. “Oil prices reacted immediately, with the global benchmark price surging 2.9% to above $74 a barrel, a nearly six-month high… Monday’s swift market reaction, coupled with stern objections from at least two countries—China and Turkey—that will be adversely affected, ran counter to Trump administration assurances that its latest move against Iran would have relatively few broad international repercussions,” the Journal writes.
Iran responded by threatening to close the Hormuz Strait. “If we are barred from using [the Strait,] we will close it,” IRGC Naval Forces commander Alireza Tangsiri told Iranian state TV network Al Alam. “We will defend our honor and wherever it comes to defend Iran’s rights, we will retaliate.”
The U.S. reax to that proposal: “They should know that’s something we would find unacceptable,” an unnamed White House official told the Journal. Otherwise, “The Trump administration has outlined 12 demands on Iran, which include Tehran giving up its right to enrich uranium, which it retained under the 2015 agreement; cease its support for militant groups such as Hamas; and stop issuing threats against Israel.” So far there are no indications Iran is interested in acceding to those demands. More behind the paywall, here. 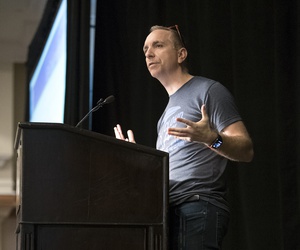 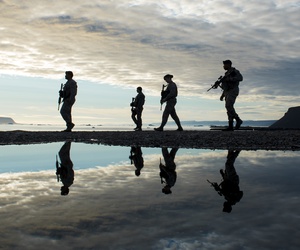 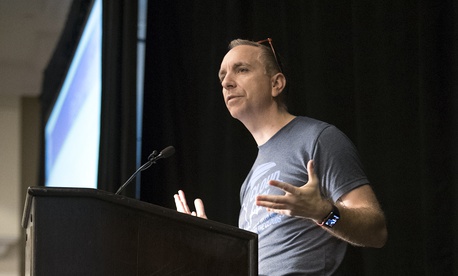 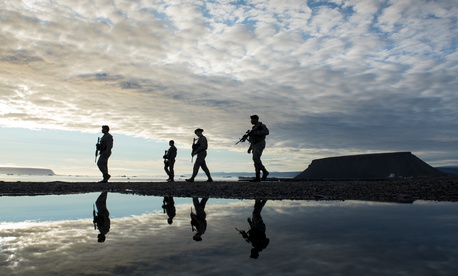