The Pentagon is expanding its supporting tasks on the U.S.-Mexico border, the Defense Department announced late Monday evening. As hinted on Friday, the new taskings will propel service members beyond “observe and report” permissions that were carefully designed to avoid using the military as a domestic law enforcement entity.

The new tasks and numbers include:

The taskings are scheduled to run through at least the end of the fiscal year, and come at a cost of about $7.4 million, Pentagon spox Lt. Col. Jamie Davis said in a Monday statement.

“There is no waiver,” Charlie Summers, the Pentagon’s acting spokesman, told reporters in the building Friday afternoon. “Our policy is the same as it was in 2006 when we had thousands of National Guard troops on the border monitoring and reporting to CBP. I think the issue that maybe you’re referring to is we have border patrol stations where the CBP is literally overwhelmed with migrants. So we’re simple delineating the fact that we will have some of our troops handing out meals, therefore would come in contact with migrants. That’s all it is. We’re not apprehending anybody,” Summers said. “Our normal practice” when working at the U.S.-Mexico border “is to monitor and report,” he said.

What’s changed now is Shanahan’s new “amendment to the policy, would be that our soldiers are able to hand meals in border patrol stations that are overwhelmed.”

Erik Prince’s new gig: 5,000 mercs for Guaido, “four sources with knowledge of the effort” told Reuters. “Two sources with direct knowledge of Prince’s pitch said it calls for starting with intelligence operations and later deploying 4,000 to 5,000 soldiers-for-hire from Colombia and other Latin American nations to conduct combat and stabilization operations.” The White House declined to comment on the plan.

The cost? $40 million. Prince is currently shaking down private investors for the cash, Reuters writes. “He also aims to get funding from the billions of dollars in Venezuelan assets that have been seized by governments around the world imposing sanctions on the OPEC nation, a major oil exporter. It’s unclear, however, how the Venezuelan opposition could legally access those assets.” Read on, here.

Also from the region: Colombian authorities hauled in 94.2 tons of cocaine over the past 105 days worth some $3.2 billion. Story from Reuters, here.

And Peruvian authorities are hauling out Venezuelan migrants “in the first large expulsion since hundreds of thousands of Venezuelans fled to Peru to escape their country’s economic crisis.” That story also via Reuters, here.

Here’s the US Navy’s Drone Tanker, on the Road // Marcus Weisgerber: A test prototype of Boeing’s MQ-25 carrier-based refueling aircraft gets a ride to its test airfield.

Trump’s Withdrawal from Arms Trade Treaty Could Reduce US Exports // Rachel Stohl and Peter Lichtenbaum: The Arms Trade Treaty has helped keep U.S. companies competitive in the global market by requiring other countries to adopt standards similar to America’s.

ISIS Relaunches as a Global Platform // Charlie Winter and Aymenn al-Tamimi, The Atlantic: The Sri Lanka bombings were a preview of the Islamic State’s future.

Congress Is Trying Harder at Its National-Security Job… // Heather Hurlburt: …But the legislature has a long way to go. Here are some areas of bipartisan agreement where progress should be possible.

Counterterrorism in the Era of Great-Power Competition // Christopher P. Costa: A former Trump administration counterterrorism leader explains what’s changed since Obama, and what ought to come next.

Welcome to this Tuesday edition of The D Brief by Ben Watson. Thanks for reading! And if you’re not subscribed, you can do that here. On this day in 1494, Christopher Colombus’s second trip to the New World took him to Guantanamo Bay, where he anchored his boats for the night in a place he referred to as Puerto Grande.

Happening today: The Navy and Marine Corps’ probable new leaders go before SASC. The Senate Armed Services Committee will hear from Adm. William Moran, President Trump’s new pick to lead the Navy; and Lt. Gen. David Berger as the possible new Commandant of the Marine Corps. That’s just about to get underway. Find a livestream, here.

A U.S. soldier died in Syria on Monday “of wounds sustained from a non-combat incident,” the Defense Department announced late Monday.
His name: Pfc. Michael A. Thomason, 28, from Lincoln Park, Michigan. Thomason was with the 101st Airborne Division’s 2nd Battalion, 327th Infantry Regiment, 1st Brigade Combat Team.
Thomason’s death “is the fourth noncombat fatality in the Central Command area of operations in a little more than a week,” Stars and Stripes reports. The other three:

ISIS leader Abu Bakr al-Baghdadi appeared for the first time in five years to say the attacks in Sri Lanka were “revenge” for Syria. A new 18-minute video released Monday by the Islamic State group’s remaining media workers shows a quite portly al-Baghdadi seated on the floor in a black robe and a beige vest beside a rifle variously gesticulating, looking off camera, and in general seeming to mimic old Osama bin Laden videos. AP writes he specifically asked followers to intensify attacks on “Crusader France and its allies.”
Said al-Baghdadi: “Our battle today is a war of attrition to harm the enemy, and they should know that jihad will continue until doomsday.” He also thanked supporters in Libya, Mali and Burkina Faso, Reuters adds.
Find a few cuts of the video in Agence France-Presse’s one-minute review, here.
Bigger picture: “He is essentially reasserting his leadership and suggesting that he sits atop the command-and-control network of what remains of the group, not only in Iraq and Syria, but more broadly, in its far-flung franchises and affiliates,” Colin P. Clarke of the Soufan Center told the New York Times.
Worth noting: “It was unclear when or where the video was recorded, but the parts that refer to recent events, like the Sri Lanka attack, are addressed in audio, not video, suggesting that it may have been recorded weeks ago with newer audio portions added later,” the Times’ Ben Hubbard writes.
For what it’s worth, the U.S. is still offering $25 million for al-Baghdadi’s capture, AP reminds us.
Related: Many foreign children of ISIS fighters now face an “indefinite stay” in Iraq, Reuters reports from the Rusafa women’s prison in central Baghdad.
Why this matters: “The jail is at the heart of the issue of what do with captured women and children of Islamic State,” Reuters writes. “The prison holds 1,241 foreign women and children of suspected IS fighters from more than a dozen countries, 774 of them aged from nine months and 15 years old,” the prison’s director told Reuters. “Having held them for two years with limited resources, Baghdad is keen for those who cannot be prosecuted to be sent home, but the issue is legally complicated and politically toxic, and many nations have so far refused to take them.” Read on, here.

ISIS’s new redoubt is in Afghanistan, according to AFP’s interview today with an unnamed “senior US intelligence official in Kabul.” One way forward? Get the Taliban to help. Read on, here.

The latest from Libya: fighting in the capital city of Tripoli escalated on Monday, with artillery fire exchanged between Field Marshall Khalifa Haftar’s army and Tripoli militias, Reuters reports from the capital. “Shelling was heard in the center of Tripoli coming from southern districts from morning until late at night, residents said.”
AP reports airstrikes from Haftar’s forces “targeted the Nawasi Brigade in the Abu Salim district, about 7 kilometers (4 miles) from Tripoli’s center,” killing four civilians, according to Libyan officials. “Airstrikes and shelling also hit the towns of Khallet al-Forjan, Ain Zara and al-Twaisha, south of the capital, and heavy fighting was underway in Salah al-Deen, an area that saw earlier clashes between rival militias in September.”
Otherwise, “random shelling, roadblocks and roadside bombs prevented many civilians from moving to safer areas and hindered efforts to evacuate them or deliver aid.” More from AP, here.

Missing F-35, found? Gen. Charles Brown of the Pacific Air Forces told reporters in New York that the F-35 that crashed off Japan’s coast on April 4 has “been located…It’s now in the recovery aspect,” Nikkei Asian Review reported Monday evening.
Not so fast. Because later in the day, U.S. Forces Japan PAO Col. John Hutcheson told NAR “the aircraft has not been located at the bottom of the sea. The U.S. military is still working with the Japan Air Self-Defense Force to locate the wreckage.” So the search continues.
Another F-35 headline today: Turkey’s President Erdogan says F-35 project would collapse without Turkey, Reuters reports.

ICYMI: Erdogan and President Donald Trump chatted by phone Monday, Ankara said afterward. Discussed: “a Turkish proposal to create a joint working group on its planned purchase of a Russian S-400 missile defense system,” Reuters reports.
White House reax to word of this working group: “We have been clear and consistent in emphasizing our grave concerns on the S-400 acquisition with representatives of the Turkish government on numerous occasions and at the highest levels,” a senior admin official told Reuters. Tiny bit more, here.

And finally today: North Korea’s escalating rhetoric. “If the United States fails to reestablish its position within the timeline we gave, it will see truly undesired consequences,” North Korean Vice Foreign Minister Choe Son Hui said today in a warning, Reuters reports off state-run KCNA. A tiny bit more, here.
By the way: What’s the latest estimate of U.S. nuclear forces? Since the Trump White House has decided to make America’s nuclear stockpile data secret, the Federation of American Scientists has stepped in with its estimate, via this series of charts shared Monday on Twitter by FAS’s Hans Kristensen.

Stay tuned later today for our latest episode of Defense One Radio, which focuses on how to make nuclear security more accessible, with Erin Connolly of the Center for Arms Control, and Jamie Withorne of the James Martin Center for Nonproliferation Studies.
And in our second half, we’ll learn about the differences in how the Americans and the Soviets planned to protect their citizens in the event of a wide scale nuclear exchange during the Cold War. Dr. Edward Geist of RAND recently published a comparative history of nuclear aftermath planning called “Armageddon Insurance,” and he tells us some pretty frightening and terrifying trivia unearthed during his research trips inside the Kremlin itself.
Subscribe either on Google Play, iTunes, or Overcast, or wherever you listen to podcasts. 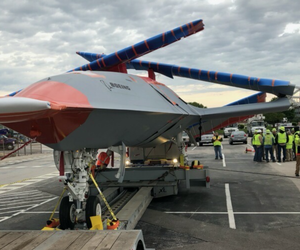 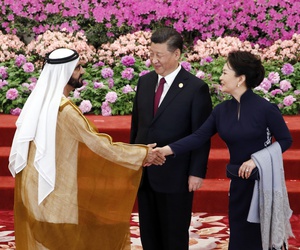 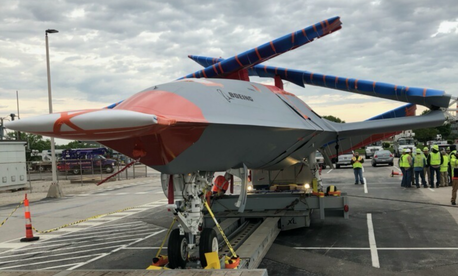 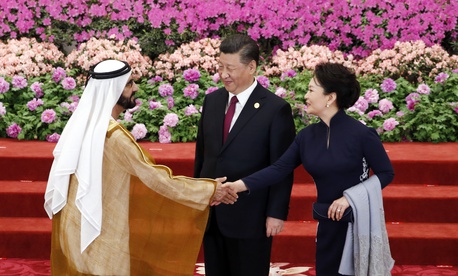