Eyes on Caracas. Acting SecDef Shanahan told lawmakers that the U.S. has done “exhaustive planning” on scenarios and contingencies for what might happen next in Venezuela, Reuters reported Wednesday.

Today’s latest from Caracas: “Maduro hangs on as Venezuelan protests peter out,” also from Reuters. In other words, the Venezuelan military has still not risen up against Maduro — though the Associated Press reports the chief of Venezuela’s feared intelligence agency “broke ranks” — and opposition leader Juan Guiado’s desired “largest march in history” didn’t quite happen on that scale.

“I don’t want to say it was a disaster, but it wasn’t a success,” one demonstrator told AP.

“It was unclear what more Guaido can do at this point,” Reuters writes. “Demonstrators said they were prepared for the process of ousting Maduro to last a long time.”

Meantime, “life is becoming even more difficult for Venezuelans,” AP writes, “who are struggling with hyperinflation that has rendered salaries worthless as well as severe shortages of food and medicine that have driven about 3 million people to flee the country in recent years.” Follow along with AP for the latest from Caracas today, here.

Oh, and all that Cuba talk from the White House on Tuesday? There wasn’t nearly as much of it on Wednesday. And a Cuban diplomat said there were no Cuban troops in Venezuela; only medical workers inside the country, and about 20,000 of them. Otherwise, should there be some sort of intelligence coordination with the Maduro regime, so what? Carlos Fernández de Cossío, Cuba’s director-general of U.S. affairs, told AP.

Said de Cossio: “What I am saying is that in spite of having that right, there are no military personnel of Cuba or troops, nor do we participate in any military or security operation as is constantly alleged.” More here.

How an Elaborate Plan to Topple Venezuela’s President Went Wrong // Uri Friedman, The Atlantic: The United States thought all the pieces were in place for Maduro to leave. Then everything came crashing down.

In the Global Power Era, Remember the Bin Laden Raid // Leon E. Panetta: The Defense Department must make choices, but we cannot become complacent about the fight against terrorism.

Defense One Radio, Ep. 43 // Defense One Staff: We explore the public’s changing awareness of nuclear weapons, and efforts to get young people to engage.

You Can Now Bid on DOD’s 2nd-Largest-Ever Cloud-Services Contract // Frank Konkel, Nextgov: The up-to-$8 billion DEOS is only the first phase of the Defense Department’s plan to buy common communication, collaboration and productivity capabilities.

Welcome to this Thursday edition of The D Brief by Ben Watson. Thanks for reading! And if you’re not subscribed, you can do that here. On this day in 1945, Soviet troops raised their red flag over Berlin’s Reichstag building, effectively splitting the city in two for the next several decades.

The White House is asking Congress for another $4.5 billion for border-related programs in a new “Emergency Humanitarian Supplemental Request,” senior administration officials told reporters Wednesday in a conference call. “Included in the proposal is $3.3 billion in ‘humanitarian assistance’ for new detention facilities and shelters for families, as well as clothing, diapers and baby formula,” ABC News reports. “Another $1.1 billion will be used for border operations and $178 million will be used for mission support personnel.”
Worth noting: “The money in the latest request will not be used to build President Donald Trump’s border wall,” ABC writes. “Those barriers are being funded, in part, by the national emergency the president declared in February.” More here.

Why did Britain just fire its defence secretary, Gavin Williamson? In part because “surveillance politics… are being weaponized,” Henry Farrell, professor of political science and international affairs at George Washington University, writes in the Washington Post.
The gist of what transpired: Prime Minister Theresa “May on Wednesday confronted Mr Williamson about an 11-minute phone call with Steve Swinford, the Daily Telegraph journalist, that took place the day the UK’s National Security Council agreed to partly open up the country’s 5G network to Huawei, the Chinese telecoms group,” Financial Times reports. “Mr Williamson reportedly admitted speaking to the Daily Telegraph journalist, but denied he had revealed any details of the NSC meeting.”
Said Williamson: “I have been completely and utterly screwed,” Sky News reported the former minister as having said after his sacking.
Williamson maintains his innocence, writing in a letter to May: “I appreciate you offering me the option to resign, but to resign would have been to accept that I, my civil servants, my military advisers or my staff were responsible: this was not the case,” the BBC reports — adding, “There is nothing fond, or anything conciliatory, in either the letter from the prime minister to him, or his reply back to her.”
Here’s a profile of Williamson via The Times of London’s Lucy Fisher. The title of that piece: “Gavin Williamson’s resolve earned grudging army respect.”
The new guy — er, woman on the job? Penny Mordaunt, who was previously the UK’s minister for international development. She is “now the first female defence secretary in the UK,” FT writes.
About Mordaunt: The Telegraph reported after the announcement that Mordaunt’s “voting record shows she has been a keen supporter of the armed forces, having voted repeatedly in favour of British combat operations overseas, the replacement of Britain’s nuclear deterrent submarines and against investigations into the Iraq war.” The Guardian has a bit more about Mordaunt, a Royal Navy reservist whose father was in the parachute regiment, here.

Happening today: The Pentagon releases the 2019 edition of its annual report, Military and Security Developments Involving the People’s Republic of China. That gets under way at 11 a.m. EDT.

Coming later this month: A new strategy for the U.S. military in the Pacific — Indo-Pacific, U.S. Naval Institute News reported Tuesday. We’ll all learn a bit more about it at the so-called Shangri-La Dialogue in Singapore, which spans three days beginning May 31 and ending June 2. Expect changes in “resources and presence,” but don’t expect any details ahead of Shangri-La, Assistant Secretary of Defense for Indo-Pacific Security Affairs Randall Schriver told reporters last week in Malaysia.
Among a few known, upcoming changes to the region, USNI flags the U.S. Maritime Security Initiative, which features “the U.S-funded provision of ScanEagle 2 Unmanned Air Systems to several nations,” including the Philippines, which “received six ScanEagle 2 UAS in 2018, while Malaysia will receive six ScanEagle 2 UAS in September 2019. Indonesia will get a similar amount by 2022.” The U.S. could also offer to sell some of the Navy’s old P-3 Orion maritime surveillance aircraft; but who might get those is hardly decided yet. Continue reading, here.

Expect new military operations in the Arctic this summer and fall, Navy Secretary Richard Spencer told lawmakers Wednesday. “The actions are part of a broader U.S. commitment to step up its presence in a region taking on expanded strategic importance, as climate change opens up navigable sea lanes,” the Wall Street Journal writes off Spencer’s appearance before the Senate Appropriations Committee.
What’s coming soon: sailing Navy vessels through the Northwest Passage in freedom-of-navigation missions. And ““We’re going to have an exercise this summer in Adak,” Spencer said, referring to an Aleutian Island base. “We’re doing a sea-to-shore refueling exercise near the mainland.” A bit more, here.

And now for something completely different: “Take an inside look at the training for Marines who protect U.S. embassies” via this four-and-a-half minute feature from Luis Martinez of ABC News.

How much does a new sonobuoy manufacturing system cost? The U.S. Navy is asking this question because “Without government investment in the market, the Pentagon says it may no longer have a reliable supplier,” Defense News reported Wednesday.
What this thing does: “The sonobuoy is an expendable, waterborne sensor that has been air-dropped by the hundreds to detect enemy subs, a go-to capability for America and its allies for decades. The Pentagon wants to buy 204,000 sonobuoys in its fiscal 2020 budget request, a 50 percent spending increase over 2018.”
The big problem: “America has just one proven supplier… a joint venture between the United States and the UK called ERAPSCO.” And that venture is set to “dissolve” in five years. Read on, here.

And finally today: Comedy actor Ben Stiller testified on Syria before the Senate Foreign Relations committee Wednesday. His appearance was as a Goodwill Ambassador for UNHCR, the UN Refugee Agency.
Stiller’s case: “The United States has been the most generous donor to many refugee crises and to the Syrian humanitarian situation, and I urge you to maintain this generosity and this leadership,” he said in his lengthy opening remarks. “Eight years into this crisis, we must not look away. We cannot let Syrian families go deeper into destitution and cannot let children be part of a lost generation.” Read (or watch) the rest, here. Find CNN’s coverage of Stiller’s appearance here; or ABC News’ coverage here. 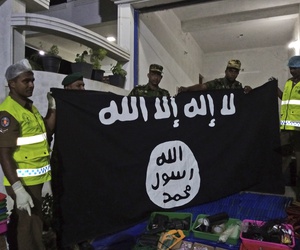 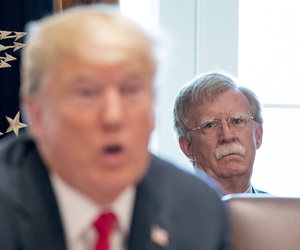 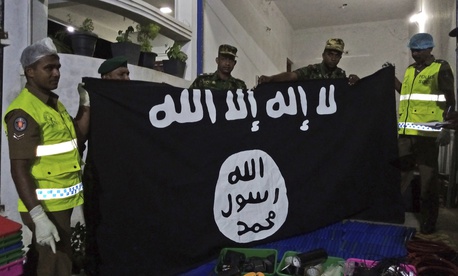 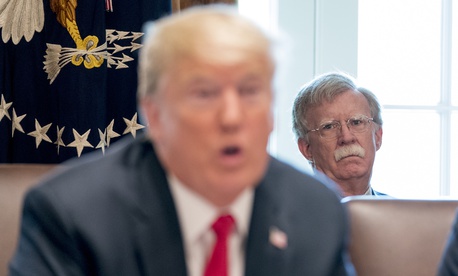