The man who would be immigration czar; Busy week on the Hill; Space Force roll slowed; Future of Army Pacific; And a bit more.

President Trump wants an immigration czar, and one infamous candidate has stepped forward with a bold list of 10 “conditions” that must be met before he will take the job, according to the New York Times.

The man who would be czar: former Kansas Secretary of State Kris Kobach. “The list was submitted by Mr. Kobach in recent weeks as he discussed his interest in the job,” the Times’ Maggie Haberman and Annie Karni reported Monday evening. “The list underscores the clout Mr. Kobach hopes to have in a job that would not require Senate confirmation, but could drive Mr. Trump’s immigration agenda.”

The 10 requirements include “24/7 access to either a DHS or DOD jet” and orders for each of the Secretaries from Homeland Security, Defense, Justice, Ag, Interior, and Commerce “to follow the directives of the Czar without delay, subject to appeal to the President in cases of disagreement.”

As for Trump, “He has yet to make a decision,” the Times writes. Read on, here.

Meantime, it seems like it’s Ladi dadi, everybody to the border. Three days after we learned DHS asked cybersecurity personnel to help with migrant overflow operations at the U.S.-Mexico border, on Monday we learned the Secret Service also has instructed some of its personnel to head south for much the same reason, according to The Daily Beast.

For what it’s worth, “In both March and April, law enforcement officials apprehended more than 100,000 people trying to enter the U.S.,” TDB writes, citing DHS statistics.

Reminder: There are already about 2,800 active duty troops deployed to the border supporting DHS. According to Newsweek, “Approximately 1,200 of those forces work on the Mobile Surveillance Camera mission, with about 1,000 service members dedicated to fortifying ports of entry in Texas and New Mexico. The other 200 personnel serve as part of a crisis response force, with the remainder being assigned to headquarters and logistics support.”

And there’s another 2,100 National Guardsmen tasked to the border mission, too.

Poll: Americans Want To Stay In Nuclear Arms Control Agreements // Patrick Tucker: But there are lots of devils in the polling details.

In the Pacific, US Army Must Be a Running Back Who Blocks // Nathan Freier, John Schaus, Dana Tucker, and Michael Cable: Joint success in the world’s largest theater requires the service to accept supporting roles, an Army War College study finds.

Can Congress Use Fines to Pry Loose the Full Trump-Russia Report? // Kia Rahnama, The Atlantic: The legal framework governing situations such as this is seldom used and little known.

China Has Been Running Global Influence Campaigns for Years // Bethany Allen-Ebrahiniam and Zach Dorfman, The Atlantic: Pro-China protests ahead of the 2008 Beijing Olympics were orchestrated by Chinese officials. The world thought they were a spontaneous showing of Chinese nationalism.

Welcome to this Tuesday edition of The D Brief by Ben Watson. Thanks for reading! Subscribe here. On this day in 1881, the American Red Cross — which was inspired by its Swiss predecessor — was founded by Clara Barton in Washington, D.C. The number of U.S. Red Cross chapters rose over teh course of WWI from 107 to 3,864. And national membership had grown from 17,000 to over 20 million adults and 11 million Junior Red Cross members. More on that history (PDF), here.

It’s very busy on Capitol Hill this week, with House appropriators marking up the fiscal 2020 defense spending bill today — after Senate Armed Services Committee subcommittees began marking up their portions of the FY2020 National Defense Authorization Act on Monday. Then tomorrow, the full Senate Armed Services Committee begins its mark ups.
Stay tuned here for updates (beyond Weisgerber’s Space Force reporting) as the processes unfold amid ongoing tensions between the House and the White House over the Mueller probe and Iran briefings for the full House and Senate — the latter two scheduled for today.
Briefing lawmakers on Iran today: Acting Defense Secretary Patrick Shanahan, Secretary of State Mike Pompeo and Joint Chiefs Chairman Gen. Joseph Dunford, according to The Hill.

Trump’s new fightin’ words for Iran: “I think Iran would be making a very big mistake if they did anything,” Trump told reporters as he left the White House on Monday evening for an event in Pennsylvania, according to Reuters. “If they do something,” he continued, “it will be met with great force; but we have no indication that they will.”
Related: “Yemen’s Iran-aligned Houthis have stepped up missile and drone attacks on Saudi Arabia this week in a resurgence of tactics that had largely subsided since late last year amid United Nations-led peace efforts,” Reuters reports separately this morning.
Houthis said, Saudis said. The war of words and threats between these two dominant actors in the Yemen war both made inflammatory allegations over the past two days. “On Sunday,” Reuters writes, “the Houthis said they would attack 300 vital military targets in Saudi Arabia, the United Arab Emirates and Yemen.” And on Monday, the Saudis claimed their “defense forces intercepted Houthi ballistic missiles fired toward Mecca, Islam’s holiest site,” which is something the Houthis denied.
The Houthis did, however, claim “responsibility for last week’s armed drone strikes on oil assets in Saudi Arabia,” and they claimed “one of their drones hit an arms depot at the kingdom’s Najran airport near the Yemeni border, causing a fire.” More here.
AP’s headline for that last attack: “Bomb-carrying drone from Yemen rebels targets Saudi airport” — which may suggest the Saudis could publicly mistake bomb-carrying drones for ballistic missiles in the coming days and weeks if the Yemen conflict continues on its current course.

Say what…? President Trump on Sunday told Fox that North Korea hasn’t conducted any missile tests in two years. The problem is that is just not correct, as Arms Control Now’s Kingston Reif pointed out on Twitter Monday after spotting the Fox clip of Trump alleging as much the day prior.
Don’t believe Kingston? Try MIT’s Vipin Narang and The Diplomat’s Ankit Panda, who teamed up five days ago for a piece whose headline reads, “Why North Korea Is Testing Missiles Again.”
North Korea’s most recent missile test occurred on May 9 “when North Korea again launched several of the new short range ballistic missiles, one of which traveled as far as 420 kilometers.”
If you’re looking for some fine print on what a “missile” means in this context, Narang and Panda write: “To be sure, [North Korean leader] Kim  [Jong-un] hasn’t broken any promises he has made to the United States since 2018. North Korea’s self-imposed moratorium on missile testing, declared explicitly in April of that year, applied only to intercontinental range ballistic missiles (ICBMs)… But such shorter-range missiles still threaten South Korea, Japan, and American forces deployed in Northeast Asia. For the United States to suggest disinterest in North Korea’s tests could leave Americans less safe and undercut the concerns of allied countries.”
According to Trump, “They [North Korea] haven’t had any [missile] tests over the past two years. It’s zero. There’s a chart. And its shows 24 tests, 22 tests, 18 tests…But once I’m there for a little while no tests, no tests, no tests.”
Replied IISS’s Joseph Dempsey: “10 Days ≠ 2 Years.”
Here’s another chart of North Korean missile tests going back to 1984, via Shea Cotton of the James Martin Center for Nonproliferation Studies — updated on May 9 with May 9’s (three) tests.
Said Shea on Twitter, after seeing the above remarks from Trump: “I’m pretty sure Trump is talking about this chart I made. Unfortunately, it’s been updated to reflect North Korea’s most recent missile tests.”
So what might Trump bring up at the next summit with North Korea’s leader? Three nuclear weapons production sites, Trump told Fox on Sunday. At summit #2 in Vietnam this past March, he said, Kim “wanted to get rid of one or two sites. But he has five sites. I said, ‘What about the other three sites. That’s no good.’ We wanna make a deal; let’s make a real deal.” Catch the full interview with Trump, here.

The U.S. Navy just sent a ship near the South China Sea for the second time in a week, Stars and Stripes reported Monday evening.
Involved: The guided-missile destroyer USS Preble, and its crew “sailed within 12 nautical miles of Scarborough Shoal” on Monday, Stripes writes. China, the Philippines and Taiwan all claim the Shoal as their own, “but the feature is effectively controlled by China, which has maintained a constant coast guard presence at the feature since 2012,” according to the Center for Strategic and International Studies’ Asia Maritime Transparency Initiative.
Stated reason for Monday’s passage: To “challenge excessive maritime claims and preserve access to the waterways as governed by international law,” according a spox for the U.S. Navy’s 7th Fleet.
As for the “second time in a week” part, U.S. Coast Guard cutter Bertholf “and two Philippine coast guard vessels practiced search-and-rescue procedures May 14 near Scarborough Shoal,” Stripes reports.
For the record, “Monday’s operation was the fourth of its kind reported this year and the third to include the Preble since February.” A bit more, here.

And finally today: The U.S. is going back to the boneyard again, this time as part of efforts to restore a C-47 troop carrier ahead of D-Day 75th anniversary ceremonies in June, AP reports from Birmingham, Ala. “After flying over the Statue of Liberty on May 18, the plane embarked for Europe with other vintage aircraft along the same route through Canada, Greenland and Iceland that U.S. aircraft traveled during the war,” AP writes. “There, it and other flying military transports are expected to drop paratroop re-enactors along the French coast at Normandy.” Lots more to the story of this C-47’s recovery and restoration, here. 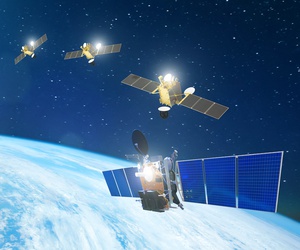 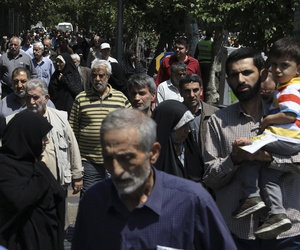 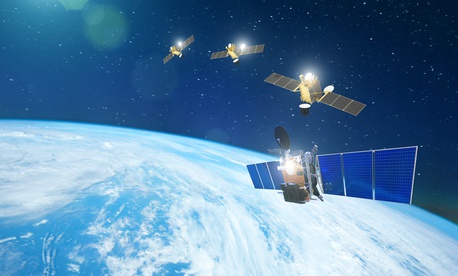 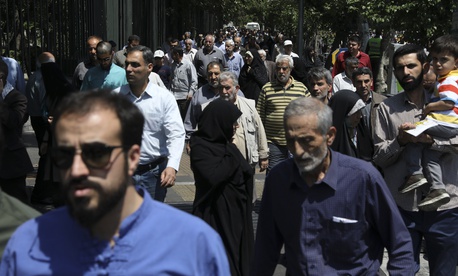