Pentagon prepares another surge to the Middle East. If President Trump wants to put another 10,000 troops in the Middle East, the Pentagon on Thursday is expected to tell the White House how it can do it, CNN reported Wednesday and the Associated Press added a bit more this morning.

Some key caveats, from CNN: “no decision about a deployment has been made” just yet, and “all the troops might not be needed at once.”

Why now? AP writes “the move is not in response to any new threat from Iran but is aimed at reinforcing security in the region.”

Where the request came from: U.S. Central Command, a defense official told CNN, which first requested the USS Lincoln be expedited to the region three weeks ago. And recall that CENTCOM’s new chief, Gen. Frank McKenzie, 42 days after taking command, visited the Iran-watchers of the Federation for the Defense of Democracies on May 8 to trumpet the White House’s renewed anti-Iran rhetoric. (Transcript here.)

Why are we just quoting CNN and AP? Because Pentagon leaders like Acting Defense Secretary Patrick Shanahan and Joint Chiefs Chairman Gen. Joseph Dunford refuse to enter the press briefing room to make major announcements and take questions on camera, per previous norms, so those two outlets are all who has it, so far.

AP also reports “additional Patriot missile batteries, more ships and increased efforts to monitor Iran” are part of today’s pitch to Trump and his officials at the White House. Quite a bit more context and reminders of previous reporting in CNN’s write-up, here.

Joked Paul McCleary of Breaking Defense: “We’ve entered an age of Great Power Competition with Russia and China….er…I mean we’re sending more troops to the Middle East again.” (But seriously, three weeks ago on Defense One, a former Trump national security aid: “Counterterrorism in the Era of Great-Power Competition”)

Also on Wednesday: GOP senators blocked a move to limit Trump’s military options on Iran. The Senate Foreign Relations Committee “rejected a Democratic proposal to require congressional approval before the U.S. can take military action against Iran,” The Hill reported. Connecticut Democratic Sen. Chris Murphy, for one, was not pleased with the result, writing on Twitter, “Every Republican except for @RandPaul opposed it.”

US Probes Suspected Chlorine Attack // Katie Bo Williams, Defense One: Military action against Syria over the use of chlorine would represent a de facto shift in policy.

3 Lawmakers Propose $2.2B Over 5 Years to Advance AI // Jack Corrigan, Nextgov: The Artificial Intelligence Initiative Act would devote resources to education and research, and help coordinate AI adoption across government.

ICE Wants To Track Electronic Devices — Through Time // Aaron Boyd, Nextgov: Immigration and Customs Enforcement is soliciting for a cloud-based system that can geolocate devices using multiple sources, including apps.

Welcome to this Thursday edition of The D Brief by Ben Watson with Kevin Baron. Thanks for reading! Subscribe here. On this day in 1934, Bonnie Parker and Clyde Barrow were gunned down by police along the highway near Sailes, Louisiana.

Pentagon gets in deeper at the border. As previously reported, Acting SecDef Shanahan OK’d a DHS request “to construct temporary facilities to house and care for a minimum of 7,500 total single adult male and female aliens that have been processed by Customs and Border Protection and turned over to Immigration and Customs Enforcement/Enforcement Removal Operations custody,” Pentagon spox Maj. Chris Miller announced in an email, ten days after it was made known.
Involved: tents, tents and more tents. And “The Defense Department will conduct site assessments over the next two weeks to determine the scope, cost, and timeline to construct these temporary migrant housing facilities in Arizona (Tucson and Yuma) and Texas (Tornillo, Donna, Laredo, and Del Rio).”
For what it’s worth, “Military personnel will not operate the facilities and will only erect the tents,” Miller said, adding that, “Operating the facilities remains the responsibility of DHS.”
A note on branding. The White House has an official logo for the slow creation of Trump’s border wall. And you can find it in this tweet from Trump’s campaign speech this week in Williamsport, Penn., via Roll Call’s John Bennett.

Nice work if you can get it. U.S. military helicopters conducted a fly-through above Tokyo before Trump’s four-day visit to meet Japan’s new emperor (and hit golf balls), which begins Saturday. Check out some of the gorgeous views, via Japan’s Asahi Shimbun, here. AS’s quick read on the 92-second video: “Five military helicopters, including one that will likely be used to carry the president, repeatedly landed and took off at the Akasaka Press Center operated by the U.S. Army for 25 minutes from 1:10 p.m. They then headed to a golf course in Chiba Prefecture where Trump and Prime Minister Shinzo Abe plan to hit some balls together.”
BTW: Japan’s Abe is a keen gift-giver, having sent Trump “a $3,755 gold-plated gold club shortly after he was elected,” the Washington Post reports this morning its preview from Tokyo.
Also on Trump’s schedule this weekend, aside from golf: “ringside seats at the first sumo tournament of [Japan’s] new imperial era, presenting a specially made ‘Trump Cup’ to the winner,” the Post writes. (Trump is scheduled to return to Japan later in June for the G20 meeting.)
The actual business: North Korea’s nuclear weapons, especially as we roll closer to 2020 — when North Korea promised an unmistakable return to frequent missile testing, should the U.S. fail to reach an agreeable arrangement to relieve sanctions on Pyongyang.
Meantime, in China trade war news, the attention of global markets remains fixed on the region and those wars. The Wall Street Journal’s latest on that this morning: “Global Stocks Fall Amid Political and Trade Tensions.”
Tech losses: “Losses were heaviest for automotive and technology stocks which bear the greatest exposure to the recent flare-up of trade tensions between the U.S. and China,” and “In Asia, markets were broadly lower” while “Uncertainty over the U.S.-China trade dispute—with no date yet set for more talks—was also making investors pessimistic about hopes for a resolution.”

Rare earths news: China’s Xi Jingping visited “a region of China that calls itself a rare-earths kingdom with his top trade negotiator,” the Journal reports separately Thursday. Xi visited a key facility for China’s robust rare earths production on Monday.
Location: the “JL MAG Rare-Earth Co. , in the [southern] Jiangxi city of Ganzhou, which boasts half the world’s so-called heavy rare earths.”
Why this matters: “Mr. Xi’s visit this week to one of the world’s largest suppliers of rare earths—natural elements used for wind turbines, electric cars and jet fighters—is a reminder of the world’s dependence on China for their production.”
China has been banking on this sector for decades, with former leader Deng Xiaoping visiting Jiangxi “in 1992 [where he] compared China’s role in the rare-earth sector with the Middle East’s production of oil. Few paid attention until 2010 when, in an attempt to centralize control of the mining, production and trade of rare earths, Beijing sharply curtailed exports, sending prices surging 10-fold.”
ICYMI: Defense One visited U.S. coal country last October to see how researchers at the University of Kentucky are hunting rare earths in coal slag. Find that in the second half our Oct. 19 podcast, here.

U.S. forces bombed suspected ISIS inside Somalia — for at least the fifth time, with the latest falling Wednesday in the Golis Mountains, to the country’s far north, U.S. Africa Command announced overnight. The strike is believed to have “killed two (2) terrorists” with no civilian casualties,” AFRICOM said. A bit more, here.
More about ISIS in Africa: West Point’s Dr. Jason Warner wrote up this report for the Combating Terrorism Center last August.
Along with the five strikes against ISIS, the U.S. has carried out 37 total airstrikes in Somalia this year — which is the second-busiest year on record (behind 2018), according to stats maintained by FDD’s Long War Journal.
In case you missed this from Public Radio International last Friday: “Did a US bomb kill an innocent Somali man [on 18 March]? His family says yes.” Worth a listen, clocking in at just over six minutes, here.
Listen to Defense One Radio 50-minute podcast on all this, from April, “Escalating in Somalia,” here.

“American Taliban” released. “John Walker Lindh, the first person to be convicted of a crime in the ‘War on Terror,’ left prison a free man Thursday after 17 years behind bars, his lawyer confirmed,” to the Washington Post.
Noted national security lawyer Mark Zaid: “I don’t like him. I don’t agree with him. He’s still part of the ‘enemy’. But in our criminal justice system once you serve your time, you are free.”

From suspected chemical weapons use to now crop destruction, the Assad regime is still trying to crush the opposition in Syria. The latter allegation was flagged by Bellingcat contributor Wim Zwijnenburg, who shared Aleppo-based Halab TV footage purporting to show “burning crop fields and olive trees in Idlib and Hama” provinces, “allegedly put on fire by the Syrian army that continue their scorched wheat policies.” This destruction, Zwijnenburg notes, “is [consistent] with what we have seen on satellite imagery.”
For the record: Wheat is “the most powerful commodity in Syria,” writes Emma Beals of Syria Context, who wrote a series of reports in 2016 on just this very topic. “Supply and access––and removal of same––has been used to control populations throughout the conflict. Here [in Hama and Idlib], the strategy of crop destruction [is being used] as a way of forcing surrender of populations.”
Spotted in Syria: The moment an airstrike hit a market in Idlib, just outside a hookah shop. See the CCTV footage for yourself, here.

Russia has detained a total of 32 of Kiev’s troops with the addition of eight servicemembers “captured by Russian-backed separatists in Ukraine’s eastern Donbas region,” CNN’s Ryan Browne spottted Wednesday off a statement from officials at Ukraine’s Joint Forces Operations, aka OOS.
According to the OOS, “early in the morning [Wednesday], eight military personnel of Ukraine’s armed forces from the OOS took a wrong turn while moving aboard a truck near the town of Novotroyitske and found themselves in temporarily occupied territory, where they were captured by fighters of the Russian Federation’s armed forces.” Radio Free Liberty / Radio Europe can fill you in on a bit more to this situation, here.
Still detained: “Remember Russia still has in custody 24 Ukrainian seamen it detained during the Kirsch Strait crisis last December, under the pretext of trying them for crimes,” U.S. News’ Paul Shinkman tweeted Wednesday.

And finally today: Your Tesla is not your designated driver. A 50-year-old Netherlands man now knows this the hard way after police pulled over the man’s Tesla and took the human’s driver’s license, in accordance with Dutch law. After spotting the man’s car trailing another a bit too closely, the cops pulled alongside and noticed the man apparently sleeping. “Eventually, the officers managed to wake the driver up using a siren,” ArsTechnica reports. “Police [then] administered a blood alcohol test and found the driver to be under the influence of alcohol.”
Not a first. You may recall this turn of events basically played out in Palo Alto last November, and again in San Francisco in January. 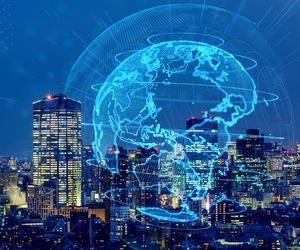 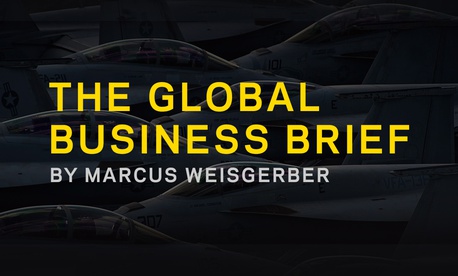