It was a long speech. With Chinese military officials in the audience, the acting secretary initially set up a pleasant description of the region as a network of economic and security partners that no single nation should dominate. But then he pulled a rope-a-dope and started swinging. The secretary ran through a long list of Washington’s grievances with Beijing (and Amerian military power in the region to do something about it) with assurances that, “We compete with China where we must. But competition does not mean conflict.”

Having it both ways, Shanahan began by avoiding saying “China” while lambasting “those nations” who do all the things China does to its neighbors. “However, some in our region are choosing to act contrary to the principles and norms that have benefitted us all.” Eventually, he fingered Beijing by name, saying “China could still have a cooperative relationship with the United States,” reports Defense One’s Katie Bo Williams. But…

A ‘toolkit of coercion’ is how Shanahan described China’s regional meddling — through deploying advanced weapons in disputed territories, influence operations to undermine elections, economic pressures, and intellectual property theft of other nations. “Perhaps the greatest long-term threat to the vital interests of states across this region comes from actors who seek to undermine, rather than uphold, the rules-based international order. These actors undermine the system by using indirect, incremental actions and rhetorical devices to exploit others economically and diplomatically, and coerce them militarily. They destabilize the region, seeking to reorder its vibrant and diverse communities toward their exclusive advantage.” Here’s a link to the speech transcript, with more on China, North Korea, and defense spending.

What face-off? After all that, in the post-speech Q&A Shanahan rebuffed media characterizations of the relationship, this event, or his Friday meeting with a Chinese counterpart as a confrontational moment. “I’d be hesitant to talk about a face-off. There’s always a risk of a face-off. Negotiations are always difficult. You have two large countries that will eventually resolve these issues. Trust is built over time.” Well, about that…

“Huawei is too close to the government,” he said, wading into the 5G debate as an example. “We can’t trust that those networks will be protected.” Noted.

So, how’d he do? In short, Shanahan passed this test. Under questioning, the acting secretary was sharper than the speech, many in the audience felt. He spoke with confidence about policy, represented the administration, spoke of himself as secretary and staying within his lanes, gave a little of his Boeing backstory to be relatable, and most importantly, was gaffe-free. The most notable thing he said that could draw criticism was this: “When a country makes a pledge and does not follow it, you should worry.” That drew quick tweets listing the Iran Deal, Paris accords, and anything else the Trump administration pulled the US out of. Shanahan also raised some eyebrows with his assertion that the U.S. and China are not involved in a “trade war.”

Politics stops at the water’s edge? Republican and Democratic lawmakers walking the halls at Shangri-La gave Shanahan an unequivocally positive review. Sen. Tammy Duckworth, D-Ill., a member of the Senate Armed Services Committee, told reporters she was more likely to vote to confirm him after hearing the speech. Sen. Angus King, I-Maine, who also sits on the panel said that Shanahan “distinguished himself.” He added, “I thought he was very skillful, not even mentioning the word China until two-thirds of the way through the speech.” Here’s a pic of some members of the visiting congressional delegation.

How others saw it… The South China Morning Post noted all of the above, and added: “Despite Shanahan’s strong words, Wu Shicun, one of the Chinese delegates at the Singapore forum and head of the National Institute for South China Sea Studies, said the US defence official struck a conciliatory tone. ‘Shanahan’s moderate view shows the US wants to maintain a stable security relationship with China by trying to prevent any possible military conflicts, even though he intentionally showed off America’s long history and far-reaching military influence in the region,’ Wu said.” Elsewhere, the lede of Singapore’s Straits Times warned of “the United States’ escalating rivalry with China that has set off alarm bells worldwide.”

Read this: CNN’s Brad Lendon and Ivan Watson took note that Shanahan gave China’s Gen. Wei Fenghe a “beautiful book” listing illegal ship-to-ship oil transfers for North Korea. They also noted his Boeing references: “My experience working at Boeing carries over,” Shanahan said. “China was our biggest customer and biggest competitor. You have to understand how to live in that duality. Competition means playing by the rules.”

Next up: China’s rebuttal. Wei takes the stage for his own speech, Sunday 0840 local time.

Shanahan: ‘We’re Not Going To Ignore Chinese Behavior’ // Katie Bo Williams: The speech at the Shangri-La conference was closely watched amid rising U.S.-China tensions over trade and security.

Welcome to this special Shangri-La edition of The D Brief by Kevin Baron, Katie Bo Williams, and Bradley Peniston, coming to your inbox direct from the largest annual conference of Asia-Pacific defense ministers, in Singapore. We hope you’ll find it informative and useful.Thanks for reading! And if you like what you see, consider subscribing to Defense One’s weekday D Brief here.

Exclusive: Trump’s North Korea envoy Steve Biegun said he can’t confirm the reports of his North Korean counterpart’s execution. “No. That came from South Korea, you’ll have to ask them,” he told Executive Editor Kevin Baron, but declining to comment further. Shanahan, asked by the traveling press, also said that he could not confirm the report. (When King was asked, he joked: “I’m pretty sure John Bolton is still alive.”) Biegun was sitting in the audience during a panel featuring the defense ministers of Japan and South Korea. He was called on for the first audience question, but instead he read from a prepared statement: “President Trump is confident that Chairman Kim Jong-un will meet the commitments that he made a year ago at a summit here in Singapore.” And the U.S., he assured, would still abiding by its commitments to Kim: “Remain engaged. Avoid confrontation.” After the session, South Korean Defense Minister Jeong Kyeong-doo sought Biegun out on the floor for a quick chat and photo. Biegun said, essentially, the United States was not backing down or giving up, politely saying, “We’ll hold the door open to diplomacy.”

Japan and South Korea’s familiar concerns. More on that here. Defense Minister Takeshi Iwaya focused on what he says remains the unchanged ballistic missile threat, and called for greater surveillance. But South Korea’s Jeong Kyeong-Doo “urged restraint,” after recent tests of some kind of rocket-missile-projectile nobody can agree on.

Women on stage (but not so much in the audience) making their mark. France’s Florence Parly, minister of armed forces, received the highest praise of any speaker so far, for her speech detailing her government’s Indo-Pacific strategy and highlighting the naval presence making headlines here. “Excellent #SLD19 speech by French defence minister @florence_parly: clever, tough-minded and funny. Bravo,” said Michael Fullilove, executive director of the Lowy Institute and nonresident senior fellow at Brookings. IISS’s Kori Schake also: “Best speech so far at #SLD19 by French Defense Minister Parly: tough, graceful, funny. Came with an aircraft carrier, too.”

That’s what she said: “We will not be intimidated into accepting any fait accompli,” Parly said. BLUF: France will continue to send ships through the South China Sea twice per year. Read France’s Indo-Pacific plans, here. Parly visited the aircraft carrier Charles De Gaulle

And UK’s latest defense minister, Penny Mordaunt made her first Shangri-La appearance in the job she inherited rather suddenly this month when her predecessor Gavin Williams was fired. Like with Shanahan, the conservative politician was a bit of an unknown and her performance at Shangri-La is a bit of a test of her skills and credibility. When she was named to the post, she endured some unflattering British press about her recent-past reality show experience. But unlike Shanahan’s case, the UK took just one day to name their replacement, whereas the last U.S. defense secretary (Jim Mattis) departed the job more than four months ago. #justsayin

She said… “Defense secretary Penny Mordaunt says UK will soon decide whether to use #Huawei for 5G but “we will not compromise our security relationships with our key partners,” notes the LA Times’s Shashank Bengali.

Everyone’s question: Will “Big Liz” visit Asia? Mordaunt fielded several questions from concerned attendees about whether “Big Liz,” the forthcoming aircraft carrier HMS Queen Elizabeth, also will steam through Asia on South China Sea shows of force. The UK’s carriers, she replied, will be “backdrops” for trade deals and negotiations, “delivering aid” and partner training “and yes, there will be times when they will be used as a deterrent and they will be used for offensive situations,” but she quipped, when the ship recently visited New York City, nobody considered that a hostile act.

How did they get the NSA/U.S. Cyber Command chief on a panel with the Chinese? That’s what we wanted to know, as Gen. Paul Nakasone sat on a dais book-end opposite from a PLA senior colonel. Nakasone said bluntly in his opener: “Nations should not seek to exploit personally identifiable information” or “interfere in others democratic processes.” Much of the talk and questions centered around whether country cyber-chiefs want any international norms or oversight. The response: a mixed bag of doubts about how and who could enforce such norms. But Chinese representative Sr. Col. Xu Manshu asked for some, anyway. One audience suggestion: it’s time that states should start to agree to disclose some of their cyber capabilities. Interesting, the military commanders noted, but if they do, as Nakasone warned rhetorically, “Will every single nation provide the same amount of disclosure?”

And finally, say what…? On a concurrent panel one room over, here’s China’s Senior Colonel Zhou Bo trying to say that those South China Sea artificial islands have been there all along.

This Week in Asia: Shangri-La Dialogue: as US and China clash, is it time for Asia’s smaller nations to choose a side? 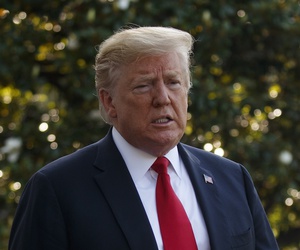 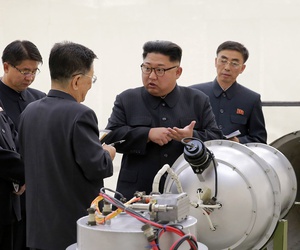 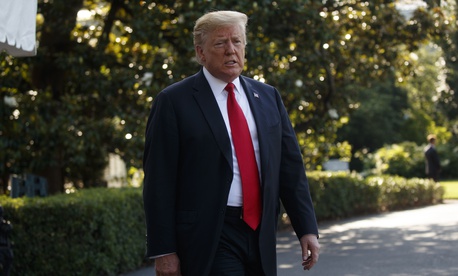 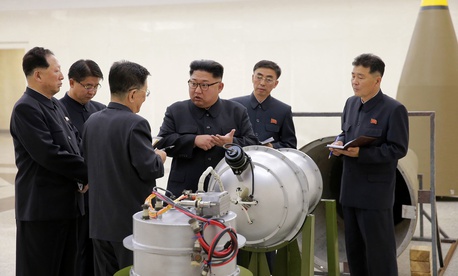