A $2 billion U.S. arms sale to Taiwan is in the works, which could be big news for northwest Ohio, Reuters reported Wednesday. The sum is “more than the total combined value of all arms sales (incl. maintenance) to Taiwan so far under the Trump administration,” The Diplomat’s Ankit Panda tweeted.

Where things stand presently: “An informal notification of the proposed sale has been sent to the U.S. Congress,” four nameless sources told Reuters.

Involved in this sale:

China’s reax: “We are severely concerned about the U.S. move and are firmly against U.S. arms sales to Taiwan,” Foreign Ministry spokesman Geng Shuang said in Beijing.

About those Abrams tanks: The factory where they’re made — in Lima, Ohio — “had only one tank coming from the plant a month, General Dynamics CEO Phebe Novakovic said during an April conference call with investors” before promising “we’ll be rolling out 30 tanks a month by the end of this year.”

Where are the jets? In late March, we learned that Taiwan had requested an unspecified number of tanks and 66 fighter jets. But fighter jets were not part of Wednesday’s notification, according to Bloomberg’s Tony Cappacio.

China’s reax at the time: We are “firmly opposed” to the deal, according to defense ministry spokesman Wu Qian.

How China could react now: It might “curtail the export of rare earths” again, or “dumping U.S. treasury bonds as a financial weapon,” writes former DOD-er Joseph Bosco in an op-ed for The Hill.

Here’s one thing China did this week for the first time ever: Launch a satellite from a ship at sea. The Long March 11 rocket, which is “designed to be deployed quickly and from mobile launch sites such as a ship, carried seven satellites, including one that measures sea-surface winds to forecast typhoons,” Reuters reported Wednesday. More here.

Additionally concerning: “The Trump administration did not initially disclose its knowledge of this classified development to key members of Congress… infuriating Democrats who discovered it outside of regular US government channels and concluded it had been deliberately left out of a series of briefings where they say it should have been presented.”

Bigger picture: “The intelligence also raises questions about the administration’s commitment to non-proliferation in the Middle East and the extent to which Congress is kept abreast of foreign policy developments in a volatile region.”

China’s reax: Riyadh and Beijing are “comprehensive strategic partners” that “maintain friendly cooperation in all areas, including in the area of arms sales. Such cooperation does not violate any international laws, nor does it involve the proliferation of weapons of mass destruction.”

For the record: Riyadh “is barred from purchasing ballistic missiles from the US under regulations set forth by the 1987 Missile Technology Control Regime, an informal, multi-country pact aimed at preventing the sale of rockets capable of carrying weapons of mass destruction.”

Said Jeffrey Lewis of the Middlebury Institute: “Told you so.” Read why in this January report from the Washington Post’s Paul Sonne.

About that Post report: CNN writes “Several sources said the analysis presented in the classified briefing, held on April 9, went far beyond the January Washington Post story about the satellite images, and provided concrete evidence that Saudi Arabia has advanced its missile program to a point that would run in direct conflict with long-established US policy to limit proliferation in the region.”

The quick read — but you should really mark off time soon for the whole project: “Iran’s missile program does not exist in a vacuum. It is part of a decades-long process during which many regional states have acquired similar capabilities. Israel and Egypt were the first countries in the region to pursue long-range ballistic missiles, while Iran’s program did not begin until Iraq launched missiles at Tehran and other urban centers during the so-called War of the Cities in the 1980s.”

In other arms sales news: Senators will try to block Trump’s recent massive arms sales to the Middle East. “A bipartisan group of senators will try to block the Trump administration’s use of emergency authority to sell arms to Saudi Arabia and the United Arab Emirates, setting up a possible showdown with the White House,” Politico and a host of outlets reported Wednesday.

What’s going on, via NBC News: “Congress by law reviews all arms sales. But Secretary of State Mike Pompeo declared a national security ‘emergency’ to push through the package without congressional approval, citing what he called an urgent threat posed by Iran.”

Involved: “22 separate joint resolutions of disapproval for each of the sales,” which total worth $8.1 billion, NBC writes. “If the resolutions are adopted and Trump vetoes the measures, Congress would have to secure a two-thirds majority to override a presidential veto.”

Why go this route? To “protect and reaffirm Congress’ role of approving arms sales to foreign governments,” Reuters reports.

Joining the bipartisan protest: Sen. Lindsey Graham, R-S.C., who said in a statement Wednesday, “Now is not the time to do business as usual with Saudi Arabia… I am also very concerned about the precedent these arms sales would set by having the administration go around legitimate concerns of the Congress. I expect and look forward to strong bipartisan support for these resolutions of disapproval.”

The outlook on all this? “It’s unclear if the legislation could secure the two-thirds majority needed to overcome a presidential veto,” NBC writes. “But there is growing concern across the political spectrum over the administration’s approach to Saudi Arabia and its treatment of Congress.”

Allies Try Using D-Day to Remind Trump Who America’s Real Friends Are // Yasmeen Serhan and Peter Nicholas via The Atlantic: The U.S. president has expressed affection for authoritarian leaders, so it’s unclear what impression the celebrations will make on him.

The US Needs an Industrial Policy for Cybersecurity // UC Berkeley’s Vinod K. Aggarwal and Andrew W. Reddie: Government intervention is needed to fend off the steady barrage of attacks on the digital infrastructure of U.S.-based companies and public agencies.

The People of Baltimore Are Beginning Their Fifth Week Under Electronic Siege // UMBC’s Richard Forno: It’s more important than ever to be vigilant, responsible digital citizens.

Welcome to this Thursday edition of The D Brief by Ben Watson. Thanks for reading! Subscribe here. For the history-lovers among us, Michael Beschloss sends: “Here is the entire 82-minute version of CBS’s 1964 program ‘D-Day Plus 20 Years - Eisenhower Returns to Normandy’ with Walter Cronkite.”

Niger fallout continues. ABC News reported Wednesday that “Family members of some of the special operations soldiers killed in a 2017 ambush in Niger reacted angrily Wednesday after being handed a 289-page report by Army officers and learning that no further disciplinary action was required beyond the letters of reprimand that have already been issued.”
Where this outrage comes from: “On Wednesday, family members of the four soldiers received redacted copies of the original investigation into the ambush that was completed a year ago. A six-page summary of the investigation’s conclusions was made public last May, but the release of the full report was delayed pending decisions about who should be held accountable and who should receive awards for valor.”
ICYMI: One minute after midnight this morning, the Pentagon put out a statement on its investigation into the Niger attack. According to the statement, Acting Defense Secretary Pat Shanahan is “satisfied that all findings, awards, and accountability actions were thorough and appropriate.” ABC News writes “Shanahan’s decision came after a new review of previous investigations — which he had ordered — recommended no additional disciplinary steps.” But multiple family members of the survivors are still livid and unsatisfied with that response from Shanahan. Read on, here.

U.S. authorities are repatriating six ISIS-affiliated Americans, including four children — raising the stakes on its European allies to do the same, the Wall Street Journal reported Wednesday. “Kurdish officials declined to discuss the matter on Tuesday, saying the U.S. had told them not to reveal further details,” but a Kurdish spokesman said they were “wives and children of the members of the Daesh organization.”
About those allies: “European governments, meanwhile, are concerned about their ability to secure convictions against citizens who joined Islamic State,” the Journal’s Nazih Osseiran in Beirut and Isabel Coles write. “Such legal proceedings against militants and their family members would require collecting sufficient evidence of the crimes they committed in a war zone. By contrast, the U.S. is dealing with a relatively small number of its citizens who traveled to Syria and Iraq to join the group.”
For what it’s worth, the Uzbeks and Turks have taken back a combined 270 fighters last week alone. A bit more, here.

North Korea’s KN-23 short-range ballistic missile that it tested last month? “It looks a lot like Russia’s [Iskander-M], with some significant differences,” the folks at the James Martin Center for Nonproliferation Studies reported — supported by imagery analysis — on their website Wednesday.

Let’s not miss North Korea’s escalatory nuclear messaging, because we received another one on Wednesday. Voice of America reported “a North Korean foreign ministry official said that if Washington doesn’t change its approach” to nuclear talks with Pyongyang, any progress made since the first Trump-Kim summit in Singapore one year ago will be lost. “There is a limit to our patience,” warned the statement from Pyongyang’s state-run Korean Central News Agency.
Here’s Jeffrey Lewis again, this time helping contextualize this latest DPRK warning: “To make this explicit: US officials keep describing the North Koreans as silent because there are no working-level talks. But the North Koreans are loudly and publicly stating their position. The problem is that the North Korean position is unwelcome, not that it is hard to hear.”

Not enough U.S. arms-sales news today? We have one more, and it comes with considerable shadiness. That story: “The State Department has forced out a senior official who played a role in crafting a plan that led to billions of dollars going to [Raytheon, which] he formerly represented as a lobbyist,” the Wall Street Journal reported Wednesday.
The gist: “Charles Faulkner, who previously represented Raytheon Co., took part in an unusual Trump administration move to declare an emergency over tensions with Iran to fast-track $8 billion in arms sales to Saudi Arabia and the United Arab Emirates, circumventing normal congressional review.”
The consequences: He resigned in early May, and now “Democratic lawmakers want to know if Mr. Faulkner violated Trump administration ethics rules.”
From here: “The House Foreign Affairs Committee plans a hearing on next Wednesday on the State Department decisions, according to the panel, and Mr. Faulkner’s role is expected to be a focus of the questioning.”

Finally today: A curious story about the intersection of art forgeries and nuclear weapons. It comes to us via the New York Times’ Niraj Chokshi, writing off a study published Monday in The Proceedings of the National Academy of Sciences.
The short read: “For years, scientists have been refining techniques to determine the age of a painting using radiocarbon dating and the lingering effects of the nuclear bomb tests of the mid-20th century. Now, a team of researchers has dated one such artwork using a paint chip the size of a poppy seed.”
The bottom line, after a significant amount of history: “The technique will most likely retain some value, but it will increasingly need to be used in conjunction with other methods of ascertaining a material’s age, experts say.” Read the rest, here. 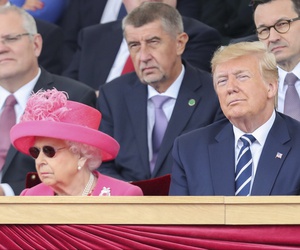 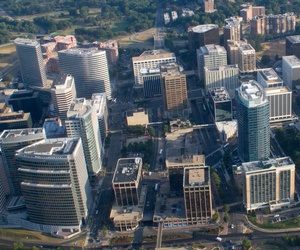 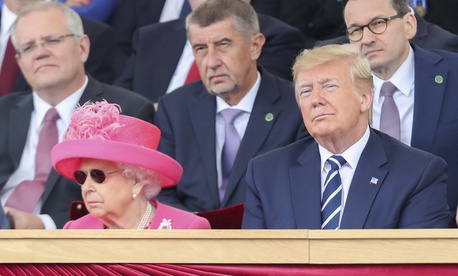 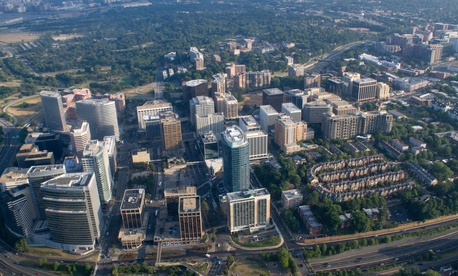