JUST IN: Iran says it breached uranium enrichment limits. Tehran’s semiofficial FARS news agency posted the claim today. “The breach of the limitation, which restricted Iran’s stockpile of low-enriched uranium to about 660 pounds, does not by itself give the country enough to produce a nuclear weapon,” the New York Times David Sanger reports. “But it is the strongest signal yet that Iran is moving to abandon the limits and restore the far larger stockpile that took the United States and five other nations years to persuade Tehran to send abroad.” More here.

Meanwhile, President Trump met with North Korean leader Kim Jong Un at the DMZ on Sunday, stepping into North Korea and agreeing to resume talks. Trump walked about 20 paces into the reclusive country in a made-for-camera move marking the first time a sitting U.S. president has visited North Korea. “Stepping across that line was a great honor,” Trump said. “A lot of progress has been made, a lot of friendships have been made, and this has been in particular a great friendship.”

Trump and Kim met for about 50 minutes in what had originally been billed as just a quick hello and a handshake. They agreed for negotiators to resume working-level talks on a nuclear agreement, which had collapsed after Trump and Kim’s last summit in Vietnam in February.

Here’s how this is playing in North Korea, according to MIT security professor Vipin Narang, who focuses on North Korean nukes: “Kim getting big victory points for being courted by Trump,” he writes on Twitter. “Kim got Trump to come to him,” he explains, adding that the North Korean leader “is still not offering to unilaterally disarm.”

So what did this accomplish? Unclear yet. At the very least, it likely lowered simmering tensions between Washington and Pyongyang. Analysts say that Trump’s conciliatory move could help to jolt the stalled negotiations process back to life—but only if there are substantive talks beyond Sunday’s theatrics. “It’s only ‘historic’ if it leads to denuke negotiations, a verifiable agreement and a peace treaty. Otherwise it’s just some nice pics and pageantry,” said Victor Cha, a former director for Asian Affairs in the NSC and Trump’s one-time pick for ambassador to South Korea.

Negotiators will seek to expand on Kim’s February offer to give up the country’s main nuclear-fuel production site, Yongbyon, in exchange for relief from some of the most onerous sanctions, the New York Times’ David Sanger and Michael Crowley report from Seoul. “The idea now is to get Mr. Kim’s new negotiating team to agree to expand the definition of the Yongbyon site well beyond its physical boundaries,” they write. “If successful—and there are many obstacles, including the North accepting intrusive, perhaps invasive inspections—it would effectively amount to a nuclear freeze that keeps North Korea from making new nuclear material.” Read on, here.

“Let me just go ahead and spoil this for you,” tweets nonproliferation scholar Jeffrey Lewis. “North Korea is not going to accept intrusive or invasive inspections that would be needed to deal with the problem of covert sites.”

Some say that the visit simply resets the playing field after the two sides walked away in February. “This is exactly where we were fifteen months ago,” Narang writes. (The administration argues that progress has been made: “We’re not where we were 12 months ago.  We’re further along than that,” Secretary of State Mike Pompeo insisted.) Critics of the administration see a tacit acceptance of North Korea as a nuclear power, one that Iran will almost certainly be watching. “Let’s be clear. Trump isn’t negotiating with North Korea. He is normalizing North Korea. That’s what’s happening here,” tweeted Sen. Chris Murphy, D-Conn., who sits on the Foreign Relations Committee.

Oh, and watch this space: Trump also invited Kim to visit the White House. Congress is not in Washington this week so lawmakers won’t immediately have to respond to this. But their reaction is almost certainly going to be: that dog won’t hunt.

Defense One Radio, Ep. 46 // : This episode we travel to Paris to meet the Iraqi historian behind secretive dispatches during the Islamic State group’s occupation of Mosul.

Top Diplomat Slams ‘Endless War’ Cries of Campaign Trail as ‘the Echo of the 1930s’ // Kevin Baron: “I get terribly worried. Because this shows total ignorance of what’s going on in the world today,” Ambassador Jim Jeffrey says.

The Making of a Russian Spy // Michael Weiss, The Atlantic: An ethnic Russian serving in Estonia’s military had something to hide. Now he’s in prison as a convicted traitor.

Welcome to this Monday edition of The D Brief by Marcus Weisgerber and Katie Bo Williams. Ben Watson and Brad Peniston are on much-deserved vacations, so you’re stuck with us for a few days. Thanks for reading! Subscribe here. Send tips here.

More Stealth Fighters to the Middle East: The U.S. military sent nearly a dozen F-22 Raptors to Al Udeid Air Base in Qatar last week “to defend American forces and interests” in the region amid increased tensions with Iran. U.S. Air Forces Central Command posted pictures of the planes landing in the region on June 27. The Raptors join the stealthy F-35 Joint Strike Fighters, which are based at Al Dhafra Air Base in the United Arab Emirates.

Dispatch from the G-20… Trump struck a conciliatory note in the ongoing dispute with Turkey over its purchase of the Russian-made S-400 missile defense system. Key administration officials have said that Turkey will not get delivery of the U.S.-made F-35 stealth fighters if it takes possession of the Russian system. But Trump on Saturday blamed the Obama administration for the dispute and suggested that Turkey had been treated “unfairly.” The dispute is “not really [Turkish President Recep Tayyip Erdogan’s] fault.”

“We have a complicated situation because [Mr. Erdogan] wasn’t allowed to buy the Patriot missiles,” Trump said. “So he buys the other missile and then all of a sudden they say: ‘Well, you can now buy our missile.’ You can’t do business that way. It’s not good. It’s not good.” Read on, from the Wall Street Journal, here.

Is the Pentagon is becoming a Bravo reality show? House lawmakers are looking into “the behavior and decision-making” of Mike Griffin, the undersecretary for research and engineering, Inside Defense reports. In recent weeks, Griffin reportedly dismissed two high-profile underlings: Chris Shank, head of the Strategic Capabilities Office, and Fred Kennedy, head of the brand new Space Development Agency. “The moves, more than a dozen current and former government officials tell Inside Defense, are in line with a well-known pattern of controversial decision-making, turf fighting and abrasive behavior. But the abrupt exits have alarmed officials at the Defense Department and on Capitol Hill, particularly because Shank and Kennedy were Griffin’s personal friends and hand-picked for their jobs.” Read the entire article here.

Speaking of Esper, Military.com recently talked to Esper’s former commanders during his 1991 deployment during the Gulf War as a young Army first lieutenant.

July 4 Parade Update: President Trump wants tanks and other armored vehicles at his “Salute to America” event on Independence Day, the Washington Post reports. That’s in addition to a flyover by the Navy’s Blue Angels (which were supposed to have the week off) and one of the airliners that becomes Air Force One when Trump is on board. “Traditionally, major gatherings on the Mall, including inauguration festivities and a jubilee commemorating the start of a new millennium, have featured a designated event producer. But in this case, the producer is the president himself,” the paper reports. Read more here.

Flashback: In March 2018, the Pentagon warned that bringing in heavy, tracked tanks could damage Washington’s streets. Instead, they proposed wheeled vehicles. 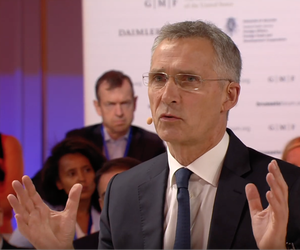 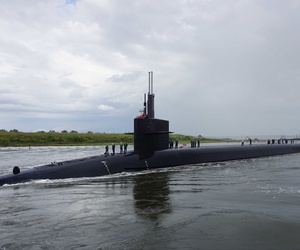 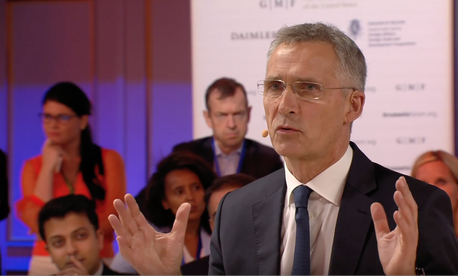 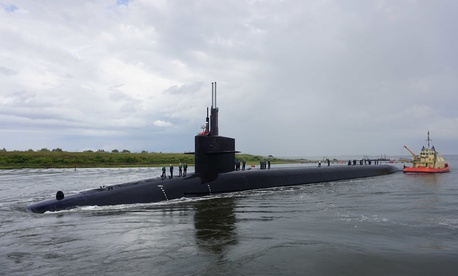