Tensions are rising in the Pacific. The U.S. Navy just sent a ship — the San Antonio-class amphibious transport dock, USS Green Bay (LPD-20) — through the strategic Taiwan Strait, “rekindling one of a growing number of flashpoints in Washington’s relationship with Beijing,” Reuters reports this morning.

Why send the LPD-20 through the Strait? As a “demonstrat[ion of] the U.S. commitment to a free and open Indo-Pacific,” Commander Reann Mommsen, a spokeswoman for the U.S. Navy’s Seventh Fleet, told Reuters.

The U.S. also just sent RV Sally Ride (AGOR-28) to Taiwan. That one is a research vessel owned by the U.S. Navy and operated by the Scripps Institution of Oceanography. Find it on MarineTraffic.com, here.

That’s the geopolitical backdrop as Vietnam and Australian leaders meet today in Hanoi to discuss, in part, “Coercion against Vietnam’s Longstanding Oil and Gas Activity,” as the U.S. State Department described the situation in a statement Thursday.

Why is this a problem? In short, it’s seen as “an escalation by Beijing in its efforts to intimidate other claimants out of developing resources in the South China Sea… in an attempt both to coerce them to reject partnerships with foreign oil and gas firms, and to work only with China’s state-owned enterprises,” according to the State Department.

China’s reax to the State Department: The U.S. is “sowing division and had ulterior motives” with these words and objections, said Chinese Foreign Ministry spokesman Geng Shuang. “The [U.S.] aim is to bring chaos to the situation in the South China Sea and damage regional peace and stability. China is resolutely opposed to this,” he said.

Vietnam is ALL CAPS angry at China for its armed oil survey operation, with the Vietnamese government taking to Twitter Thursday “demand[ing] China IMMEDIATELY withdraw vessels from [Vietnam’s] EEZ,” or exclusive economic zone.

And don’t look now, but China appears to be surveying in the Philippines EEZ with its vessel, Zhangjian.

How Manila is responding: by “finally prioritizing legislation to establish archipelagic sea lanes and redefine its maritime zones as required by UNCLOS,” or the United Nations Convention for the Law of the Sea, Greg Poling of the Center for Strategic and International Studies flagged Thursday on Twitter.

Explained Philippines Cabinet Secretary Karlo Nograles: “We hope to send the message to the international community, clarify the message that we are really very serious about our maritime zones and archipelagic sea lanes and we must have a code of conduct when they pass or use our sea lanes especially in light of national security.” A bit more, here.

By the way: Here’s what it looks like when a Chinese Coast Guard vessel spoofs its GPS (AIS) signal.

Meanwhile in the U.S.-China trade war, Beijing just decided to tariff another $75 billion in U.S. products today, a response to the recent U.S. decision to tariff $300 billion in Chinese goods, the Wall Street Journal reports. The new Chinese tariffs are scheduled to hit in two waves on Sept. 1 and Dec. 15.

From the region: Don’t fret too much over Japan and South Korea dropping that three-year-old intelligence-sharing agreement this week, because they’re most probably just going to revert back to sharing intelligence through the U.S. military, Reuters reports off remarks today from South Korea’s deputy national security adviser Kim Hyun-chong.

And the biggest winner in that RoK-Japan fallout? China, Defense One’s Katie Bo Williams reported Thursday, citing Rob Spalding, a former senior official on President Trump’s National Security Council. “The biggest challenge is the fact that the Chinese, who really want to break up the alliance structure—this just hands them a potent weapon to chip away at it,” he told Williams.

“It’s how Americans get killed, because we’re playing games,” Spalding said. “You really can’t mess around with how the coalition functions in a war.” Read on, here.

The Biggest Winner Of the Japan-South Korea Dispute? China // Katie Bo Williams, Defense One: The Pentagon is on edge after Seoul ends an intelligence-sharing agreement with Tokyo.

Esper’s Foot-Dragging on Mega-Cloud Doesn’t Pass the Smell Test // Lawrence J. Korb: The new defense secretary needs to stand up to his boss, who is inappropriately meddling in a Pentagon contract.

The Pentagon Is Almost Two Years Late On Efficiency Reforms // Courtney Bublé, Government Executive: Little progress have been made on various requirements ordered in the 2018 authorization act, GAO found.

DARPA Is Turning to Nature to Solve Its Most Complex Problems // Jack Corrigan, Nextgov: The research agency is exploring ways to harness chemical reactions, biological processes and other natural phenomena to build a more efficient computer.

Welcome to this Friday edition of The D Brief from Ben Watson and Bradley Peniston. If you’re not a D Brief subscriber, sign up here. On this day in 1305, the Scottish knight William Wallace (of “Braveheart” fame) was brutally executed in an elaborate, public demonstration in London. Twenty-three years later, Scotland would gain its independence with the Treaty of Edinburgh in 1328.

US officials confirm Israeli strike in Iraq. Over the past month, there have been at least three mysterious explosions at Iraqi Shiite militia bases. “American officials now confirm Israel was responsible for at least one of them,” reports the New York Times, along with AP and others.
July 19 strike. A weapons depot on a militia base in Iraq’s northern Salaheddin went up in a great explosion and fire, killing two Iranian military commanders. That was the work of Israeli forces, two U.S. officials, “speaking on condition of anonymity because they were not authorized to discuss the matter with the media,” told the Times. And here’s AP: “Such attacks are potentially destabilizing for Iraq and its fragile government, which has struggled to remain neutral amid growing tensions between the United States and Iran. Former Prime Minister Nouri al-Maliki, known for his strong allegiance to Iran, warned of a ‘strong response’ if it is proven that Israel was behind the recent airstrikes in Iraq.”

Putin orders Russia to respond after U.S. missile test. In the wake of Sunday’s test of a U.S. missile once banned by the INF treaty, Russian President Vladimir Putin ordered the Russian military on Friday to plan a “symmetrical response.”
Putin also noted that the U.S. test used a launcher similar to those installed in missile defense sites in Europe, and suggested — not for the first time — that the United States might secretly deploy offensive missiles there. “How would we know what they will deploy in Romania and Poland — missile defense systems or strike missile systems with a significant range?” he said. AP has a bit more, here.

A Turkish military observation post in Syria is now surrounded by regime troops, and Turkish President Erdogan is incredibly nervous, Agence France-Presse and Reuters report today.
Location: Morek, “in the north of Hama province, [which is] part of a jihadist-ruled region centred on neighbouring Idlib province that has been under government assault since late April,” AFP writes. The outpost “is one of 12 which Turkey established in northwest Syria under a deal with Moscow and Tehran two years ago to reduce fighting between President Bashar al-Assad’s forces and rebels,” Reuters adds.
Erdogan reportedly phoned Russian President Vladimir Putin to complain about the regime troops that are “causing a big humanitarian crisis… and pose a serious threat to our country’s national security,” according to Erdogan’s office.
“We are there not because we cannot get out,” said Turkish Foreign Minister Mevlut Cavusoglu, “but because we do not want to get out. We are there in accordance with the deal we made with Russia.” More from AFP, here.

The Pentagon is trying to coordinate its counter-drone efforts, National Defense reports. “One thing that industry, academia, other government agencies inside the department [and] our combatant commanders are all screaming about is, ‘Who’s in charge?’ Because nobody’s in charge,” said Chris O’Donnell, deputy assistant defense secretary for platform and weapon portfolio management.
Actually, there’s been somebody at least nominally in charge since January: Ellen Lord, defense undersecretary for acquisition and sustainment. She has established a senior integration group to lead and synchronize counter-UAS activities along four lines of effort: technology, acquisition, operations and policy, O’Donnell said Thursday at the Association for Unmanned Vehicle Systems International’s Defense-Protection-Security Conference in Washington, D.C.
There’s also a science-and-technology roadmap for bringing on new capabilities, O’Donnell said. Read on, here.
Here’s one of the many ad-hoc groups tackling the problem across the military. From April: “The Navy Is Assembling a Hacker Team to Fight Off Small Drones.”
And oh by the way: Russia Has Started to Train Its Entire Military to Fight Drones (November 2018)
Going deep. Last fall, one of your D Briefers went deep into the state of the art of stopping consumer drones. Read his special report, here.

Two new artificial intelligence chips launched this week: the first from Intel on Tuesday in Israel; and the second from Chinese tech titan, Huawei.
Intel’s is called Nervana NNP-I, or Springhill, Reuters reported, and it’s “based on a 10 nanometer Ice Lake processor that will allow it to cope with high workloads using minimal amounts of energy.” It’s already in use by Facebook, but there’s apparently not a lot of additional information on the chip just yet.
And Huawei’s AI chip is called Ascend 910, WSJ reports today. And while it’s available “immediately,” according to Huawei executives, you won’t be able to acquire this new chip “as a stand-alone, but rather in other products that [Huawei] sells,” the Journal writes.
Quick word about the Huawei product line: “We looked at over 500 different [Huawei] products, almost 10,000 different firmware images for those products and looked for trends across that entire dataset,” said Matt Wyckhouse of the cybersecurity firm Finite State.
What he discovered: “More than half of the devices had some sort of a possible backdoor. And when we looked at the known vulnerabilities we saw that there were more than 100 different known vulnerabilities or known CVEs in every device and those are all very high numbers.” Read on in our interview with Matt back in July, here.

ICYMI: Want a cheat sheet on foreign-policy views of the Democratic presidential candidates? FiveThirtyEight has you covered with this report from Monday, which asks yes-or-no questions about Yemen, tariffs on China, North Korea, Afghanistan, Venezuela, the defense budget and a couple more. (Go straight to the cheat sheet here.)
Or read the candidates’ own responses to a dozen more open-ended questions posed by the Council on Foreign Relations. Fourteen of the candidates have responded so far (including Seth Moulton, who dropped out of the race on Friday).

And finally today: A somber farewell to the two American soldiers who passed away this week in Afghanistan — the 13th and 14th Americans to die in combat there this year, which is the highest number of U.S. combat deaths in Afghanistan since 2014, Military Times reports.
RIP:

Both were assigned to the 7th Special Forces Group (Airborne) at Eglin Air Force Base, Fla., and both died Wednesday from small arms fire in Faryab Province, Afghanistan, along the border with Turkmenistan. Stars and Stripes has a bit more, here.

Be safe this weekend, everyone. And we’ll see you again on Monday. 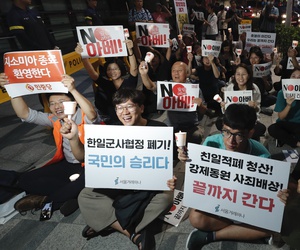 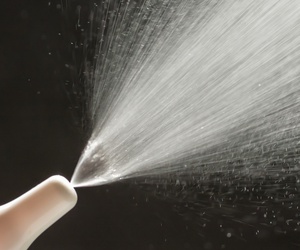 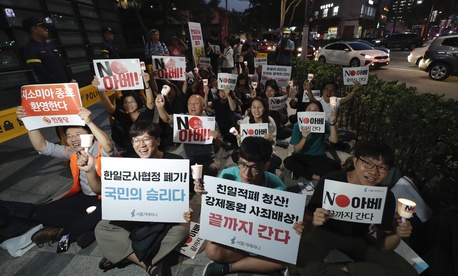 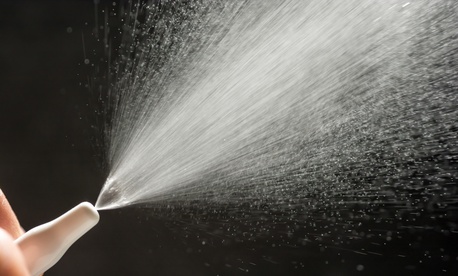