The U.S. is pursuing “backchannel” talks with the Iran-backed Houthis in Yemen, the Wall Street Journal reports this morning. The quick read: “The U.S. is looking to prod Saudi Arabia into taking part in secret talks in Oman with Houthi leaders in an effort to broker a cease-fire in Yemen,” folks familiar with the talks told the Journal’s Dion Nissenbaum and Warren P. Strobel.

And later this week, “American officials plan to meet with Saudi leaders in Washington to impress upon them the importance of embracing diplomacy” since there “are simmering concerns in Washington that Saudi Arabia isn’t serious about ending the conflict.” That meeting on Wednesday is supposed to involve Khalid bin Salman, the Saudi vice defense minister, in conversation with Secretary of State Mike Pompeo.

Complicating things: No one knows what the Houthis really want, since the group appears to be “split between those who favor continuing the war and those who want to end it.” Read on, here.

Related reading: “Why the CIA doesn’t spy on the UAE,” in contrast to, e.g., Saudi Arabia, according to Reuters investigative journalist Aram Roston.

Arab Women are Turning up the Volume Against Regimes, Stereotypes // Kim Ghattas, The Atlantic: A new anthology of Arab women journalists’ essays highlights how more and more females are offering an alternative to the typically male, often autocratic voice that dominates the Middle East.

Pentagon Sees ‘No Major Concerns’ With Raytheon-United Technologies Merger // Marcus Weisgerber: The Defense Department’s top weapons buyer, Ellen Lord, gives stamp of approval to what would be the second-largest defense and aerospace company ever.

China’s Spies Are on the Offensive. Can the US Fend Them Off? // Mike Giglio, The Atlantic: Recent events suggest Beijing has increased both the scope and the sophistication of its efforts to steal American secrets.

Welcome to this Tuesday edition of The D Brief from Ben Watson and Bradley Peniston. If you’re not a D Brief subscriber, sign up here. On this day in 1991, the Republic of Moldova declared its independence from the Soviet Union.

The ninth round of U.S.-Taliban peace talks began Monday evening in Qatar. After more than a year of talks between the insurgent group and the White House’s envoy, Zalmay Khalilzad, the Wall Street Journal reports “members of U.S. Congress are preparing to scrutinize the deal, as the contours of the agreement between U.S. special envoy Zalmay Khalilzad and Taliban political officials in Qatar’s capital start trickling out.”
Up next appear to be Taliban-Afghan government negotiations, which “are expected to get under way in Oslo soon after a U.S-Taliban accord is announced.”
By the way: 2,012 out of 7,385 polling stations won’t be “open on election day due to security concerns,” Afghan electoral officials said last week. That’s in large part because the Taliban “controls or contests more territory in Afghanistan than at any time since the U.S. invasion in 2001.” Around 9.6 million of 35 million Afghans are registered to vote in the upcoming election — whose turnout some are estimating to involve just one million voters.
Next for Khalilzad: A trip to Kabul to brief officials there on what round nine of Taliban talks has produced.

Turkish President Recep Erdogan travels to Moscow today to meet with Russia’s Vladimir Putin (at least in part) about Turkey’s troops that were surrounded last week by regime forces in northwestern Syria. “The military observation post near the town of Morek is one of 12 that Ankara established in northwest Syria under a deal with Moscow and Tehran two years ago to reduce fighting between Assad’s forces and rebels,” Reuters writes.
Said a nameless “senior Turkish official,” to Reuters: “We expect Russia to use its influence over the regime on this matter. If there is even the smallest attack on Turkish soldiers, we will retaliate against this.” Tiny bit more about those dynamics, here.
From the region: Kurdish YPG fighters are pulling back from the Turkish border and the Syrian border towns of Tel Abyad and Ras al-Ain, as an illustration of “its commitment to ongoing talks,” Reuters reports separately today from Beirut.
Another thing from Syria: Russia may be a big winner in quiet renegotiations of development and telecommunications deals between the Assad regime and Iran, the Middle East Institute’s Charles Lister noted today on Twitter.
Related: It would seem we’re going to get a news story every time Russia delivers a new bolt for Turkey’s S-400 air defense system. The latest Reuters headline: “Russia delivers another S-400 battery to Turkey: Ifax”
Reminder of what’s at the heart of all this, for U.S. and NATO defense planners: “Why the S-400 and the F-35 Can’t Get Along,” from Defense One’s Patrick Tucker, writing on July 17.
FWIW: Reuters has filed 20 reports on Turkey and the S-400 system in the month of August. Read over them all, here.

Who will be America’s next envoy to North Korea? The question becomes more serious now that Steve Biegun is being considered to replace deputy secretary of state John Sullivan, according to Politico, citing two senior White House officials.
Sullivan’s current job is expected to open soon on rumors that President Trump will to tap him to replace John Huntsman, who recently announced that he would resign as U.S. ambassador to Russia on Oct. 3.
Also mentioned for the North Korea job: “Brian Bulatao, the undersecretary of state for management, who was chief operating officer of the CIA when Secretary of State Mike Pompeo was CIA director.”
Said one Republican foreign policy strategist to Politico: “Negotiating with the North Koreans is hopeless. They just want to meet at the presidential level so there’s no real meetings at [Biegun’s] level.” Read on, here.

Are the Iranians about to launch a space rocket — or are they just painting launchpads because they know satellite-based cameras are watching closely? NPR’s Geoff Brumfiel filed this report Monday off new imagery from Planet Labs cameras orbiting the earth.
What the imagery shows: a launch pad at the Imam Khomeini Space Center painted a new coat of bright blue after weeks of “sporting a burn scar from a previous failed launch attempt.”
For the record, Brumfiel writes, “If a launch does take place, it would be the third such attempt this year. Launch attempts in January and February both ended in failure.” Read on, here.

The G7 meeting ended Sunday with hints of a future meeting between Trump and Iranian leaders over nuclear weapons and other issues. Host French President Emmanuel Macron had invited a surprise guest: Iran’s Foreign Minister, Javad Zarif. “What I hope is that in coming weeks, based on these talks, we can manage to see a summit between President Rouhani and President Trump,” Macron said at a Monday news conference with Trump (via Al Jazeera).
Trump: Sure, “if the circumstances were correct or right.”
Rouhani, via a spokesperson: Not unless the U.S. lifts “all illegal, unjust and unfair sanctions imposed on Iran.”
The G7 forewent the customary shared communique. Macron had announced on the summit’s eve that none would be forthcoming. Unspoken was the reason: Trump had refused to sign the one last year.
Trump skipped the G7’s session on climate change, the sole leader to do so, though he sent aides. A White House spokesman later explained that the president had bilateral meetings with Germany, whose Angela Merkel managed to make the climate panel, and with India. AP has a bit more, here.
The G7 countries pledged $20 million on Monday to help fight fires in the Amazon rainforest, an offer that was initially welcomed by a Brazilian environmental official but soon rejected by Brazil’s far-right leader, Jair Bolsonaro. Via The Guardian, here.
Trump: I’ll invite Putin to 2020’s G7 meeting at my hotel. ICYMI: Russia was booted from the G8 after illegally annexing part of Ukraine.

U.S. officials are bracing for a ransomware attack during the 2020 election, Reuters reports today. And in advance, they’re preparing “to launch a program in roughly one month that narrowly focuses on protecting voter registration databases.”
Said the FBI in a statement about these efforts: “It is imperative that states and municipalities limit the availability of information about electoral systems or administrative processes and secure their websites and databases that could be exploited.”
Some of the preparations include “remote computer penetration testing, and vulnerability scans as well as a list of recommendations on how to prevent and recover from ransomware.”
Sound familiar? It could be because those are some of the basic steps agencies ought to take to protect their systems, as cyber experts told us in our three-part series on the past, present and future of cyberwarfare.
One problem ahead for U.S. entities: “There is no common standard for how often local governments should create backups,” a Homeland Security official told Reuters. More here.

In other cyber news this week, some Ukrainians connected a nuclear plant to the internet so they could illegally mine cryptocurrency, prompting a raid by the Secret Service last month, ZDNet reported Monday. The episode is being investigated “as a potential breach of state secrets due to the classification of nuclear power plants as critical infrastructure.”
Location: the South Ukraine Nuclear Power Plant, near Yuzhnoukrainsk, in southern Ukraine.
Seized by investigators: “two metal cases containing basic computer parts, but with additional power supplies, coolers, and video cards. According to court documents, one case held six Radeon RX 470 GPU video cards, and the second five.”
If it sounds like you’ve read this story before, similar episodes played out three separate times in early 2018, ZDNet writes. What happened then: “In February 2018, Russian authorities arrested engineers from the Russian Nuclear Center for using the agency’s supercomputer to mine cryptocurrency. A month later, Australian officials began an investigation into a similar case at the Bureau of Meteorology, where employees used work computers to mine cryptocurrency. A month after that, in April 2018, an employee at the Romanian National Research Institute for Nuclear Physics and Engineering was also caught mining cryptocurrency at work.” More here.

And finally today: The U.S. Air Force’s secretive spaceplane just broke its own record for days in orbit (717 days, including today), Popular Mechanics reported Monday.
Long story short: “The fifth mission of the X-37B space plane is the longest yet, overtaking the previous mission’s number of days in orbit,” PM’s Kyle Mizokami writes. “OTV-5 is conducting classified missions in low-Earth orbit, likely involving testing new technologies for future spacecraft.”
Background on these spaceplanes: “The U.S. Air Force owns two X-37B space planes. Built by Boeing, the X-37B is an unmanned spacecraft that is boosted into orbit atop a rocket and glides back to Earth like the Space Shuttle. Each of the spaceplane’s five missions have been lengthier than the first, starting with 224 days up to the current 716 days.”
Worth noting: “The 29-foot-long spacecraft has a seven-by-four foot payload bay, about the size of a pickup truck bed.” And its stated mission, “measuring the performance of electronics and oscillating heat pipes in the space environment,” doesn’t seem to warrant two years in space, according to Mizokami. Read on for why, here. 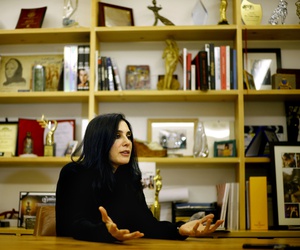 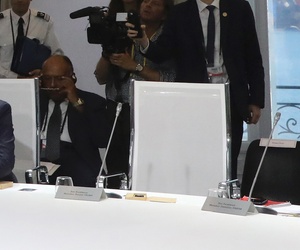 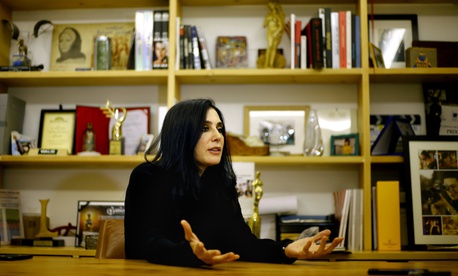 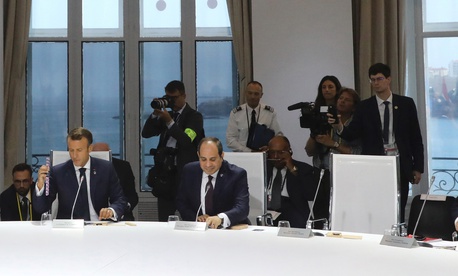