Afghanistan may not have an election in September now that the main rival to President Ashraf Ghani says he may drop out if it would advance the cause of peace with the Taliban, Reuters reports from Kabul.
That main rival is Chief Executive Abdullah Abdullah, the man whose persistence in the last election led to Kabul officials creating a new position just for him — Afghanistan’s CEO — to preserve the prospects for peace five years ago. With his talk of exiting the race Wednesday at a campaign rally, the legitimacy of the upcoming election could be at stake.
For the record, President Ghani has rejected a recent request “by Western allies to postpone the election” for what would be the third time this year (it was already postponed back in March and July) to form “an interim government, perhaps with Taliban representative, after the militants strike their deal with the United States.”
However, the U.S. doesn’t seem to want to hear that, since Reuters writes “Two sources with knowledge of the talks, said the United States will press Ghani to agree to postpone the election.”
Pentagon chief Mark Esper and Joint Chiefs Chairman Joe Dunford spoke to reporters together for the first time on Wednesday, and exactly one year since the last joint SecDef-CJCS presser last August 28. One takeaway from that: Dunford told the press he’s “not using the ‘withdrawal’ word right now” when it comes to the draft peace agreement being drawn up between the U.S. and the Taliban. Defense One’s Katie Bo Williams has more on what you need to know out of that presser, here.
For what it’s worth: Russia is eager “to be the third party at the signing or a guarantor of how the deal between the United States and the Taliban movement is implemented,” Moscow’s foreign ministry said Wednesday. No word yet on Washington or Kabul’s interest in such a plan.

Pakistan just launched an unarmed ballistic missile “capable of delivering multiple types of warheads,” Islamabad’s military announced today on Twitter, along with a video of the night-time test. The missile, a surface to surface one known as a “Ghaznavi,” can fly as far as 290 km, according to Pakistani military spox Maj. Gen. Asif Ghafoor. Find video of the launch, here.
As for timing, Reuters writes the test comes “as hostility between Pakistan and India has increased following India’s revocation of the autonomy of the disputed region of Kashmir, the cause of two of their three wars. Pakistan reacted with fury to the Indian decision, cutting transport and trade links and expelling India’s ambassador.” Tiny bit more, here.
BTW: India alleges “Pakistan-trained commandos have entered Indian waters to carry out underwater attacks on [two] port facilities,” Reuters reports from New Delhi.
About the two locations: “The Kandla port, built in the 1950s, is a major hub for cargoes such as crude oil and agricultural commodities of cargo handled.” The other, known as the Mundra Port, “is India’s largest private port accounting for nearly one-fourth of the cargo movement in the country.”

It’s getting even uglier in southern Yemen with reports today that someone’s airplanes killed 30 men in airstrikes on pro-government troops moving from Abyan province to Aden, the Associated Press reports today from the capital of Sana’a.
The quick read: “Col. Mohamed al-Oban, a commander of the special forces in Abyan province, said the troops were on the road, headed toward Aden on Thursday, when the strikes took place. He didn’t say who carried them out, saying only the planes were from the Saudi-led coalition.”
Yemen’s deputy foreign ministry wasted no time blaming the UAE on Twitter, writing “We hold the UAE fully responsible for this explicit extra-judicial targeting.”
SecState Mike Pompeo’s reax to rising tensions in Yemen: It is “Very important for the unity, stability, and prosperity of Yemen that the Yemeni government and STC resolve their dispute,” he tweeted Wednesday. The Wall Street Journal has a bit more about the ongoing, splintering wars in Yemen, here.

Prepare for a Cyber ‘Day After’ // Samantha Ravich: The U.S. government needs a continuity plan to ensure that critical data and technology remains available after a devastating network attack.

Is This Space’s ‘Billy Mitchell Moment’? Let’s Hope Not // Kenny Gosselin: Enflaming service rivalries will not help the U.S. military develop the joint spacepower it needs.

Trump’s Unpardonable Admission About His Border Wall // David A. Graham, The Atlantic: The president wants to spend billions of taxpayer dollars for a project that he acknowledges is largely symbolic—even if it breaks the law.

Lawmakers Expect a Stopgap Spending Measure to Avoid an October Shutdown // Eric Katz, Government Executive: For the first time in decades, the Senate hasn’t marked up a single appropriations bill in subcommittee, a Democratic aide said.

Welcome to this Thursday edition of The D Brief from Ben Watson. If you’re not a D Brief subscriber, sign up here. On this day 70 years ago, the Soviets tested their first atomic bomb, called RDS-1, or “First Lightning,” at Semipalatinsk, in contemporary northeast Kazakhstan.

FONOP alert: The U.S. Navy just sent a destroyer within 12 nautical miles of islands claimed by China in the Fiery Cross and Mischief Reefs of the South China Sea, Reuters reports.
Dispatched: the Wayne E. Meyer (DDG-108), an Arleigh Burke-class guided missile destroyer “to challenge excessive maritime claims and preserve access to the waterways as governed by international law,” according to the U.S. Navy’s Commander Reann Mommsen, a spokeswoman for the Japan-based U.S. Navy’s Seventh Fleet.
This would be at least the fifth freedom of navigation operation for the U.S. Navy in the Pacific region this year, U.S. Naval Institute News reported Wednesday. The other incidents include an episode in late May when the USS Preble (DDG-88) “sailed near the Scarborough Shoal, and earlier that month Preble and USS Chung-Hoon (DDG-93) steamed within 12 nautical miles of the Gaven and Johnson Reefs.” Before that, “In February, Preble and USS Spruance (DDG-111) steamed within 12 nautical miles of Mischief Reef, an artificial island China built up in the Spratly Islands chain. In January, USS McCampbell (DDG-85) steamed past the Paracel Islands.”
China’s reax: “We urge the U.S. side to immediately stop such kinds of provocative acts, to avoid causing unexpected incidents,” said Chinese military spokesman Li Huamin in a statement today. The statement continued, “The United States’ so-called ‘freedom of navigation’ is actually an assertion of maritime hegemony that ignores international law, seriously harms China’s sovereignty and security interests, and seriously harms peace and stability in the South China Sea region.” A bit more from Reuters, here.

The U.S. cyberattacked Iran in June, temporarily “wip[ing] out a critical database used by Iran’s paramilitary arm to plot attacks against oil tankers and degraded Tehran’s ability to covertly target shipping traffic in the Persian Gulf,” the New York Times reported Wednesday.
Why go tell the Times about it (again)? At least “in part to quell doubts within the Trump administration about whether the benefits of the operation outweighed the cost — lost intelligence and lost access to a critical network used by the Islamic Revolutionary Guards Corps, Iran’s paramilitary forces.” In addition, “cyberoperations are hard to attribute and not always publicly acknowledged by either side.” So an open admission eliminates some of that guessing.
According to U.S. officials, the operation’s effects on that Iranian database “have lasted longer than expected and Iran is still trying to repair critical communications systems and has not recovered the data lost in the attack.” Read on, here.

President Trump has reportedly halted $250 million in military aid to Ukraine so his national security team can “ensure the money is being used in the best interest of the United States,” Politico reported Wednesday. The plan would have allocated money for “training, equipment and intelligence support,” as well as some $50 million for weapons.
For the record: “The funds for Ukraine can’t be spent while they’re under review and the money expires at the Sept. 30 end of the fiscal year,” Politico writes.
Reminder: Just a few weeks ago, Ukraine said it wanted to buy more Javelin anti-tank missiles to the U.S., potentially “add[ing] to its stock of 210 Javelin missiles and 37 launchers that the United States provided in April 2018,” Radio Free Europe / Radio Liberty reported on August 5.

Former SecDef Mattis delivered an epic interview with The Atlantic’s Jeffrey Goldberg for the October issue of the storied magazine. The two men spoke over the summer “at his home in Richland, Washington, and at the Hoover Institution, on the campus of Stanford University.”
Goldberg’s intro includes this summary: “In these conversations, we discussed the qualities of effective leadership, the workings of command-and-feedback loops, the fragility of what he calls the American experiment, fishing the Columbia River, the Meditations of Marcus Aurelius, and many other topics. But about Trump he was mainly silent. I caught glimpses of anger and incredulity, to be sure. But Mattis is a disciplined man. While discipline is an admirable quality, in my conversations with Mattis I found it exasperating, because I believe that the American people should hear his answer to this question: Is Donald Trump fit for command?” We haven’t had time yet to finish the full interview, but you can get started here.
Check out Mattis’s new book, “Call Sign Chaos: Learning to Lead,” which is set for a Tuesday release, over at Penguin Random House, here. Or read an excerpt printed Wednesday in the Wall Street Journal, here.

Colombia’s FARC rebels say they’re about to restart their insurgency, which they’re referring to as “new era of struggle to awake consciousness,” because of failure to implement the terms of a 2016 peace deal, Reuters reports in a shorty today.
What happened to that 2016 peace deal? The BBC does an excellent job rolling up why it fizzled and why FARC members are back in the game, albeit with a reactive (rather than pro-active) stance toward the Colombian government at this stage. Read the BBC’s full report, here.

And finally today: Here’s an emerging technology that’s helping people treat others better. It comes from Philadelphia’s Children’s Hospital’s Center for Autism Research, and it involves virtual reality and the local police force.
The goal: “help people with Autism spectrum disorder learn to interact with police officers with the help of both a virtual reality program and video modeling.”
Why go this route? “Kids or adults with autism may not know how to respond to a police officer,” Philly’s ABC News affiliate, WPVI, reports. “Experts say they may look away or not know how to follow directions, which could escalate a situation.”
In the area and interested in getting involved? The study is open to “kids and adults ages 12 to 60 with autism and who are verbally able to participate.” More info, here. Or read a bit more about it at WPVI, here. 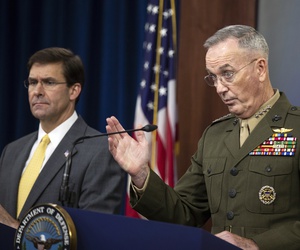 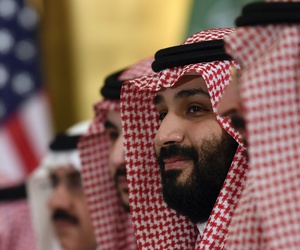 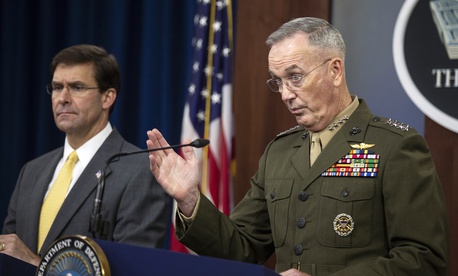 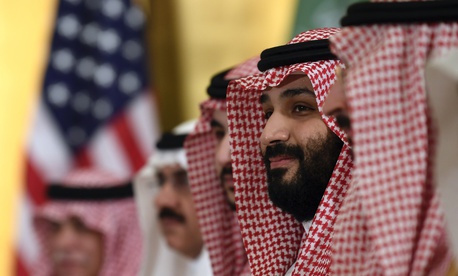